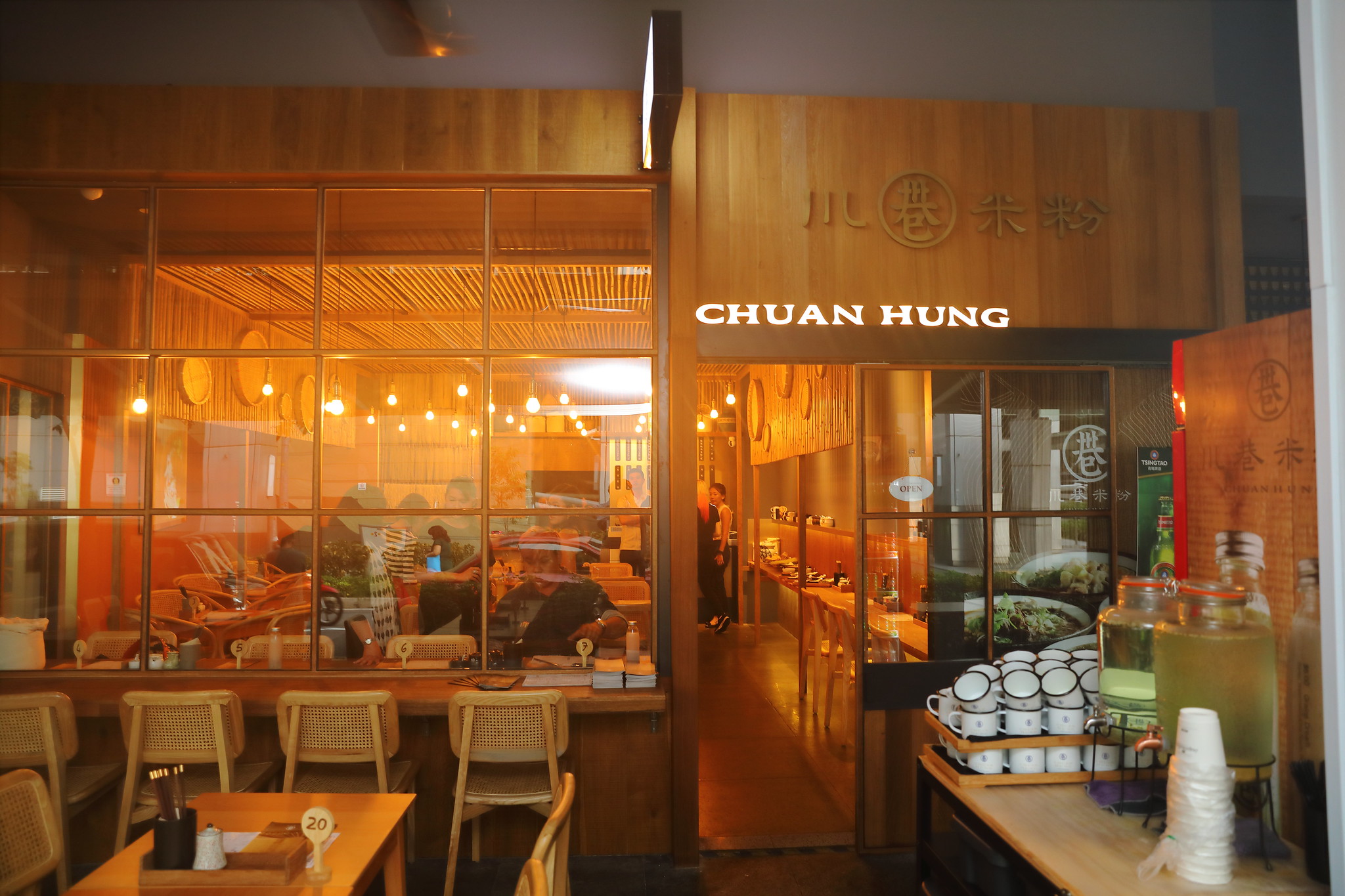 Chuan Hung which means Sichuan Alley is a new noodle bar in Telok Ayer offering Mian Yang rice noodles with a choice of different broths, and a variety of toppings such as braised beef and pig intestines. The thin slippery noodles here is specially sourced from a particular artisan who lives in a village deep in Sichuan. It took close to a year and dozen of personal trips to convince the artisan to supply the noodles. Fast forward, the noodles now served in Chuan Hung are found nowhere else in Singapore or South East Asia. 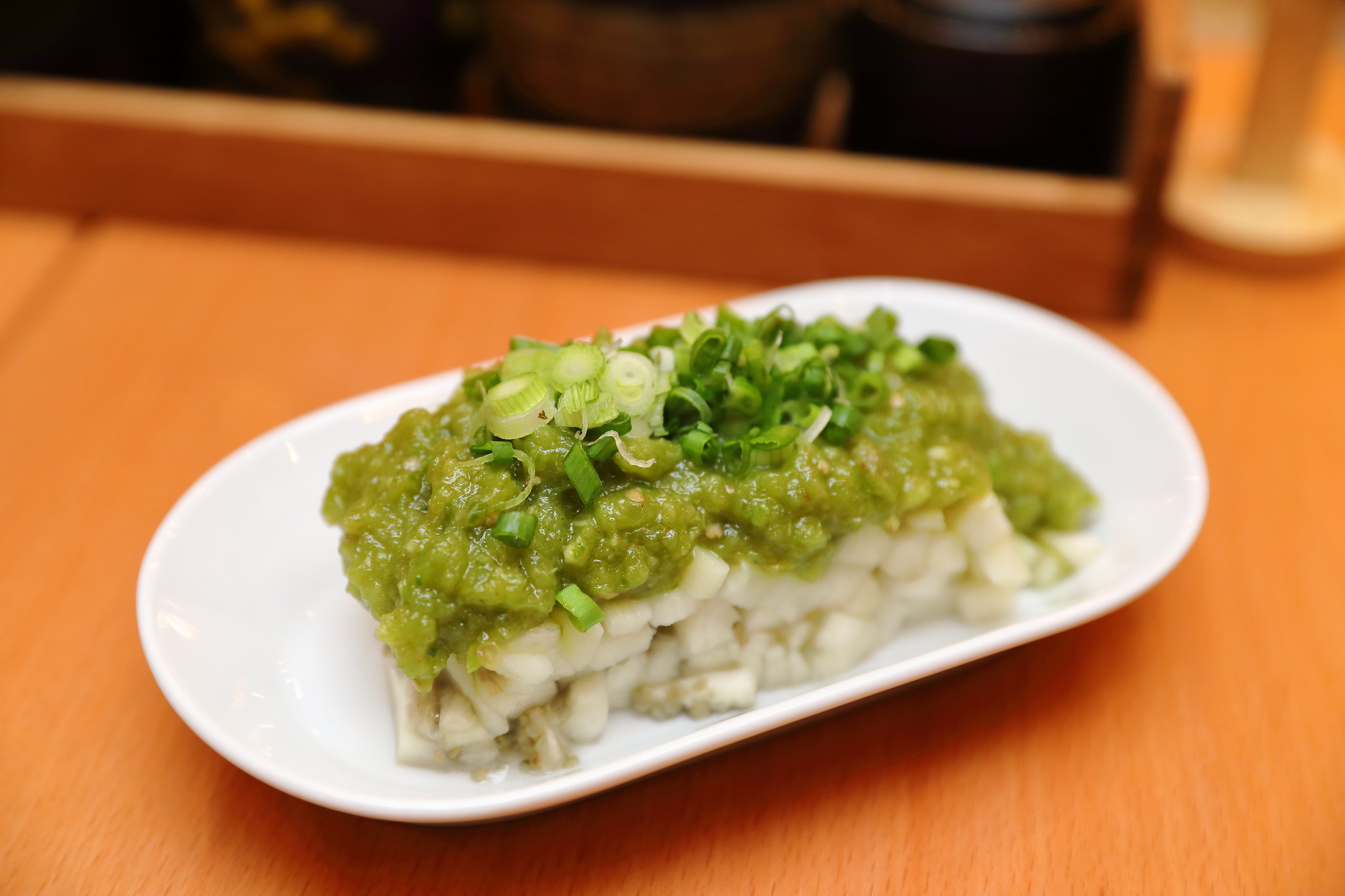 Before moving to the noodles, they are some appetising small plates to complement the mains or making it a complete meal. The Braised Eggplant ($4.50) may look dangerously spicy but it is quite mild and delicious. The peeled steamed eggplant is topped with a blend of burnt and peeled bell pepper and green chillis, giving it a smoky and spicy finishing. 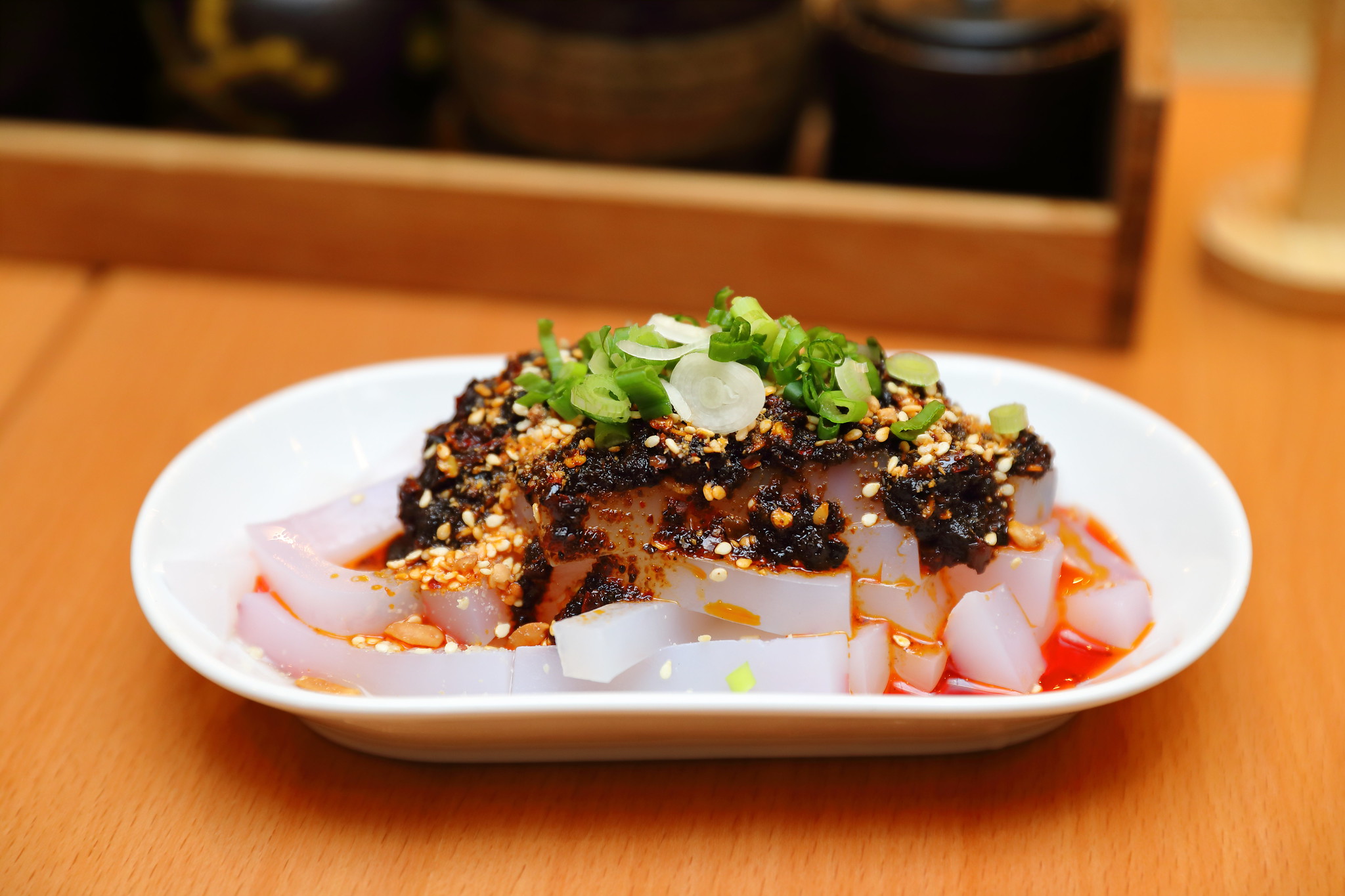 The Liang Fen ($3.50) itself is tasteless but this is packed with depth and flavours from the housemade sauce. The housemade sauce is made from two different types of sauces that is finely chopped and mixed together. The first is made from frying Dou Ban Jang and fermented black beans while the second is made from Dao Kou Jian and Sichuan peppers fried till fragrant. 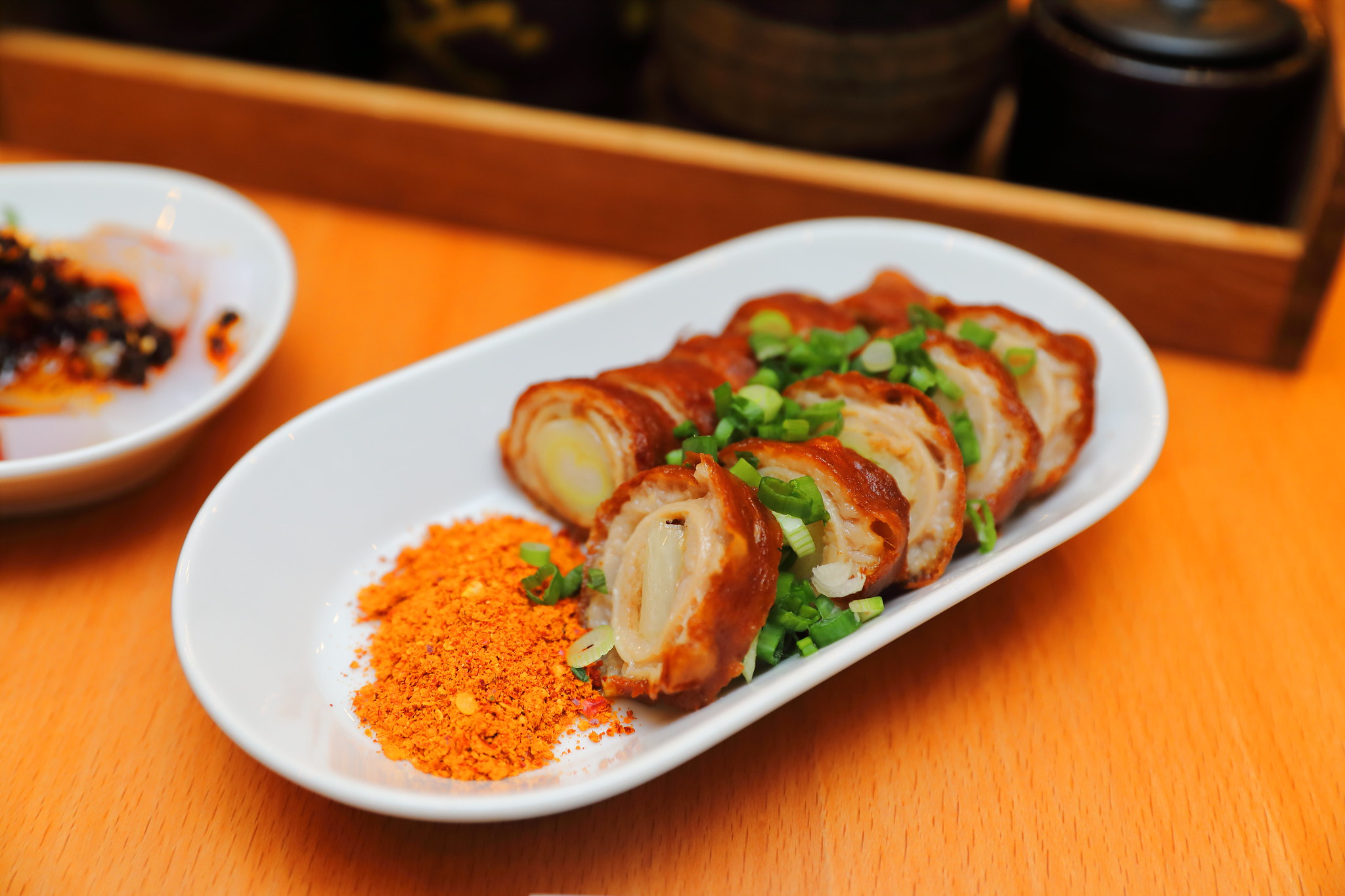 The Fried Crispy Pig Intestines ($5.50) is crispy on the outside and soft inside. It is even stuffed with Japanese leek in the middle for that extra crunch. While the pig intestines have been braised in a braising liquid that consists of soy sauce, star anise, Sichuan peppers, peppercorns, cinnamon, nutmeg and more for 4 hours, I felt that it still has a slight gamy taste. 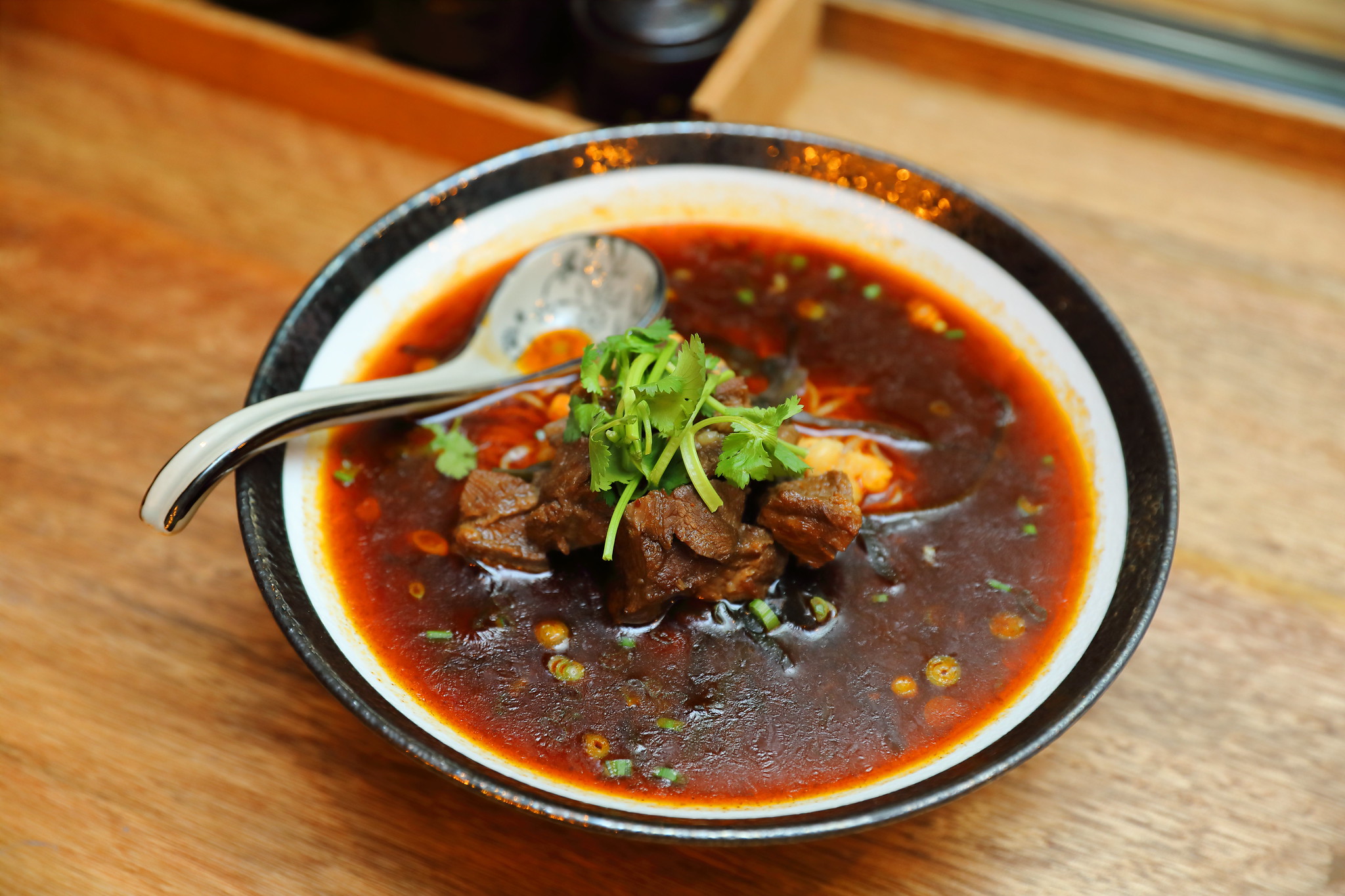 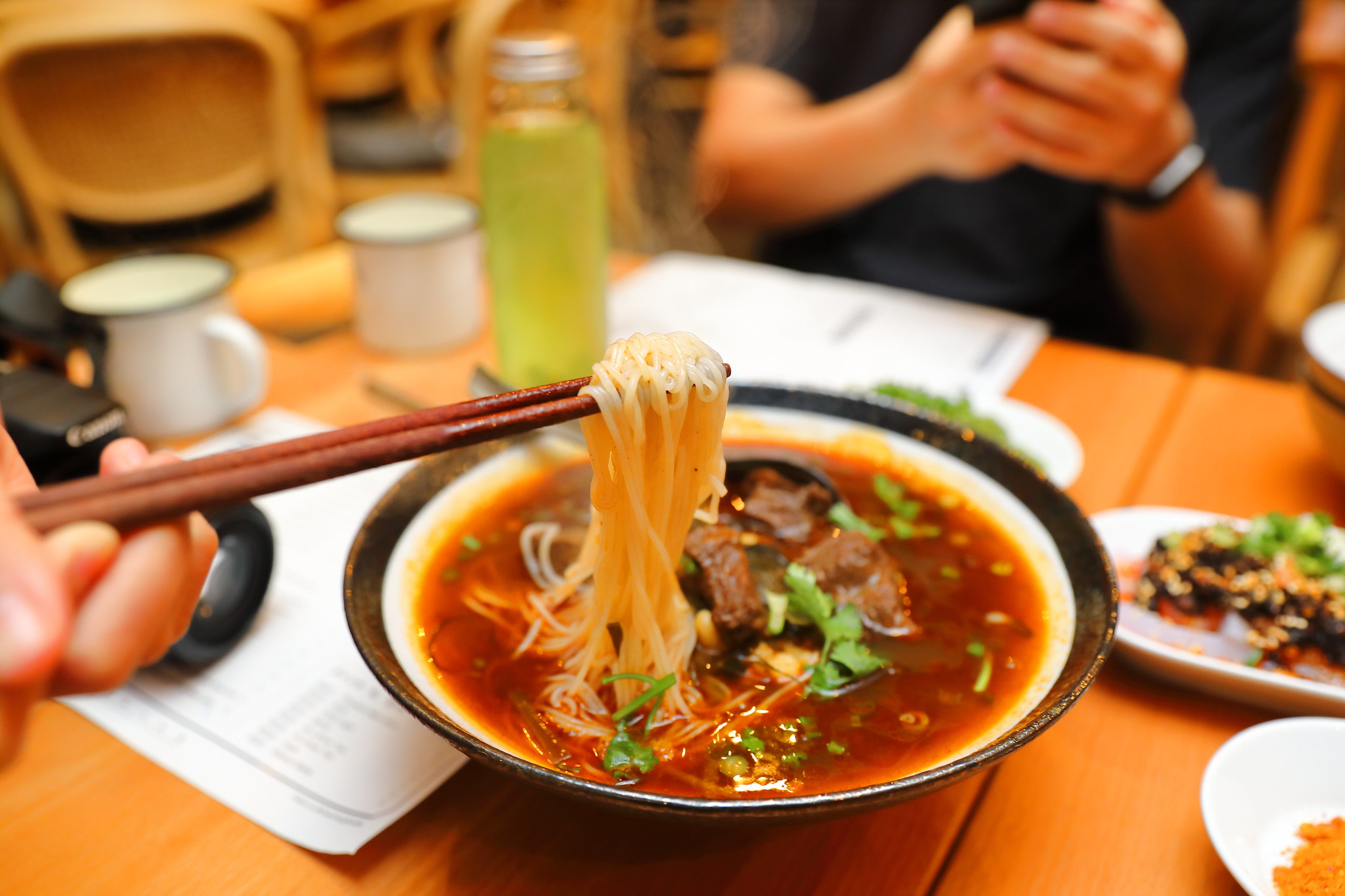 Moving to the signature noodles, I have the Braised Beef in Red Broth ($13.50) with the Mian Yang Rice Noodles. The specially sourced noodle made from rice, is smooth and silky, almost like mee sua. Perfect to soak up the delicious broth. The red broth which complements the rice noodle excellently which consists of a housemade spice blend that includes Sichuan peppers, pickled chillies, and dried chillies amongst other herbs and spices that are fried until fragrant. 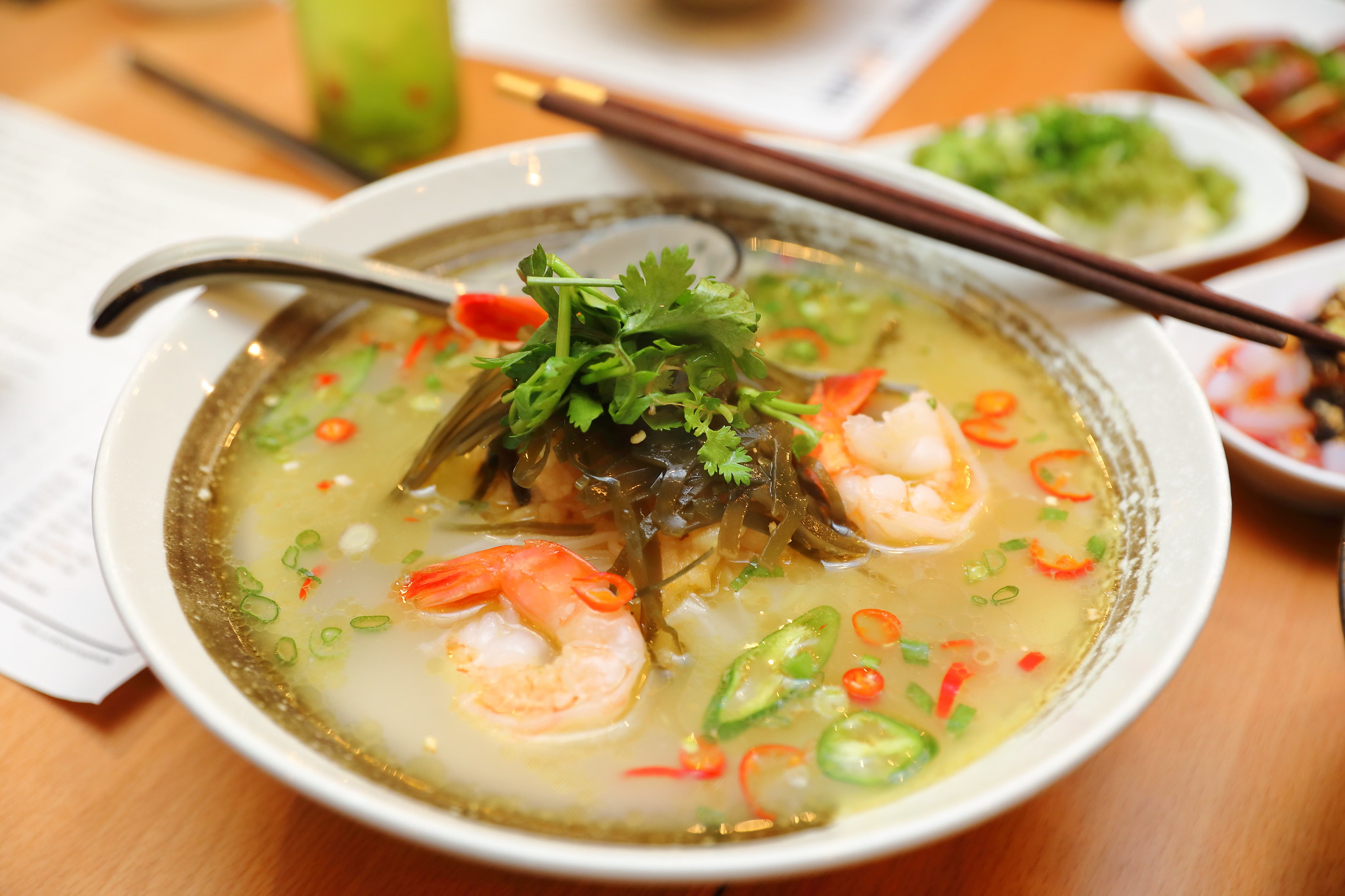 The other noodle dish we tried is the King Prawns with Vine Pepper ($15.50). The broth made from combination of chicken bones, Sichuan vine peppers and chilli padi, has the right balance of souriness and spiciness which not only whetted up the appetite but complemented the noodles excellently. 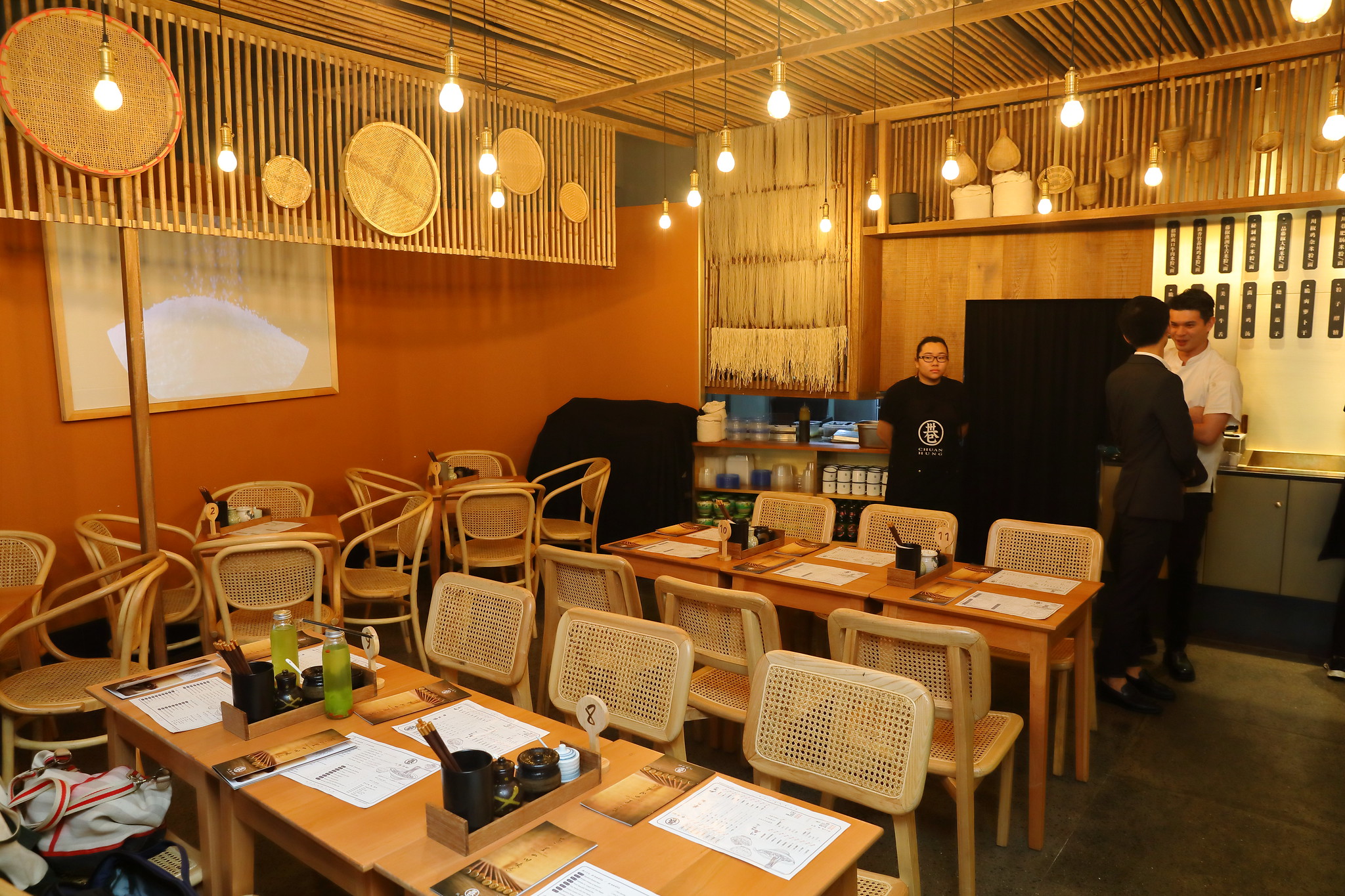 I really enjoyed the rice noodle specially sourced form Sichuan, Mian Yang for its texture. Much effort is also put into the different broths to ensure it complement the rice noodle. Not only that, the bowl of noodle is also reasonable priced.