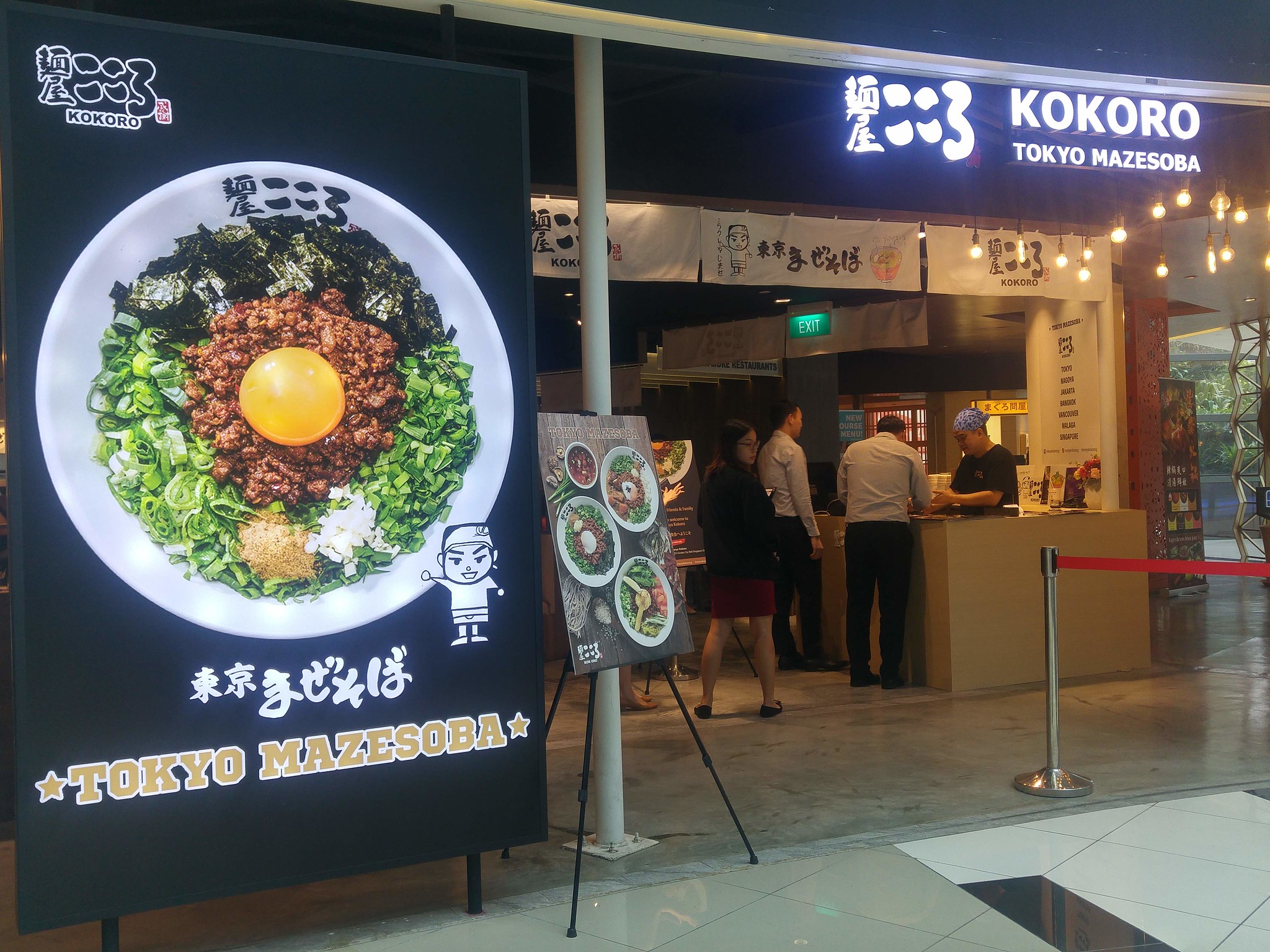 Menya Kokoro, one of Tokyo's most popular Maze-soba (Japanese dry ramen) restaurant chains established in 2013, has recently opened its first flagship outlet at Suntec City. Founder Chef Takuma Ishikawa has 13 years culinary experience under his belt and is trained under the original masters and creators of Maze-soba – Menya Hanabi – the restaurant known for introducing Maze-Soba to the world. In 2014, Chef Takuma even won the highly acclaimed Best Maze-Soba Award in Japan. It's no wonder that within a short period of 4 years since its opening, there are already 27 outlets worldwide in Japan, Indonesia, Spain, Thailand and Vancouver. The special minced meat sauce is imported from Japan and its extra chewy noodles is done locally with its in-house recipe. 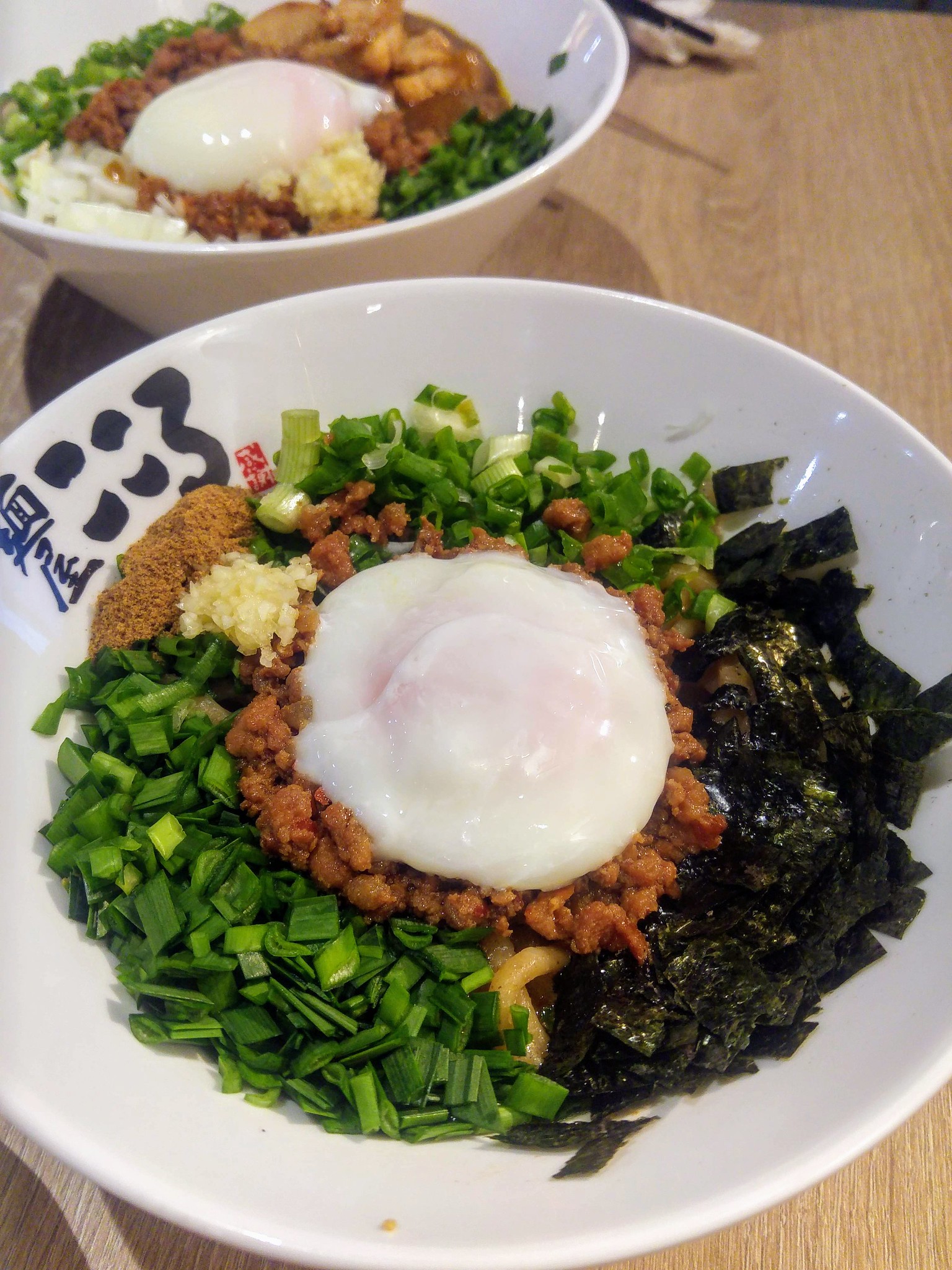 While the Chinese have their Zha Jiang Mian, the Japanese have their Maze-Soba ($10.80). There are other variations available, alongside with Singapore-exclusive creations. Accompanying the minced meat sauce are ground saba fish, poached egg, nori, green onions, leek, bamboo shoots and chopped garlic. To a certain extend the mixture does become too salty after a while and I find no relief from the raw greens. But thanks to the kombu vinegar at the side - a few drops of it opens and brightens the flavours of the dish, like that of our Bak Chor Mee. Interestingly, the richness of the sauce brings out the best of its springy noodles, both its taste and texture. The noodles are cooked for exactly eight minutes and forty seconds using the chef’s fine-spun techniques to achieve the perfect texture. All noodles is made with multi-grain flour, consisting of over 35 percent whole wheat. Japanese water-softening technology is used to remove the minerals in the water it uses as well. 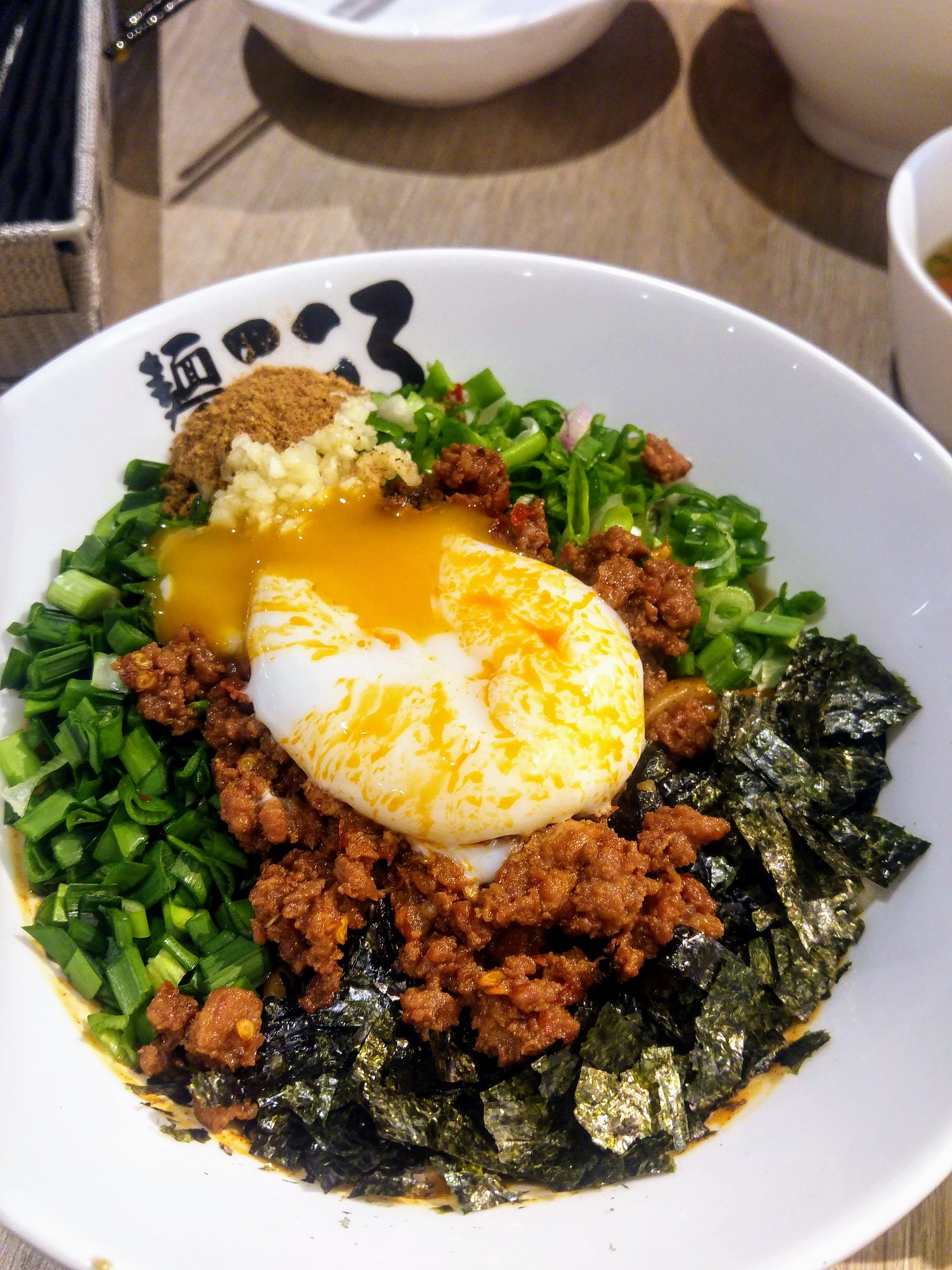 Personally I do like the Spicy Maze Soba ($11.80), though more voted against it. Not only there is an added dimension of aromatics from the spices, there is a slight sweetness in the sauce that balances its saltiness slightly. The vinegar gives it an even more rounded taste. The sauce sticking to the bottom of the bowl may be too good to be wasted, hence simply mix in the complimentary scoop of rice to sop in all the goodness. I love the free mushroom kombu soup, a much needed remedy to clear my palette at the end of the meal. The chopped greens do get quite overpowering after a while. 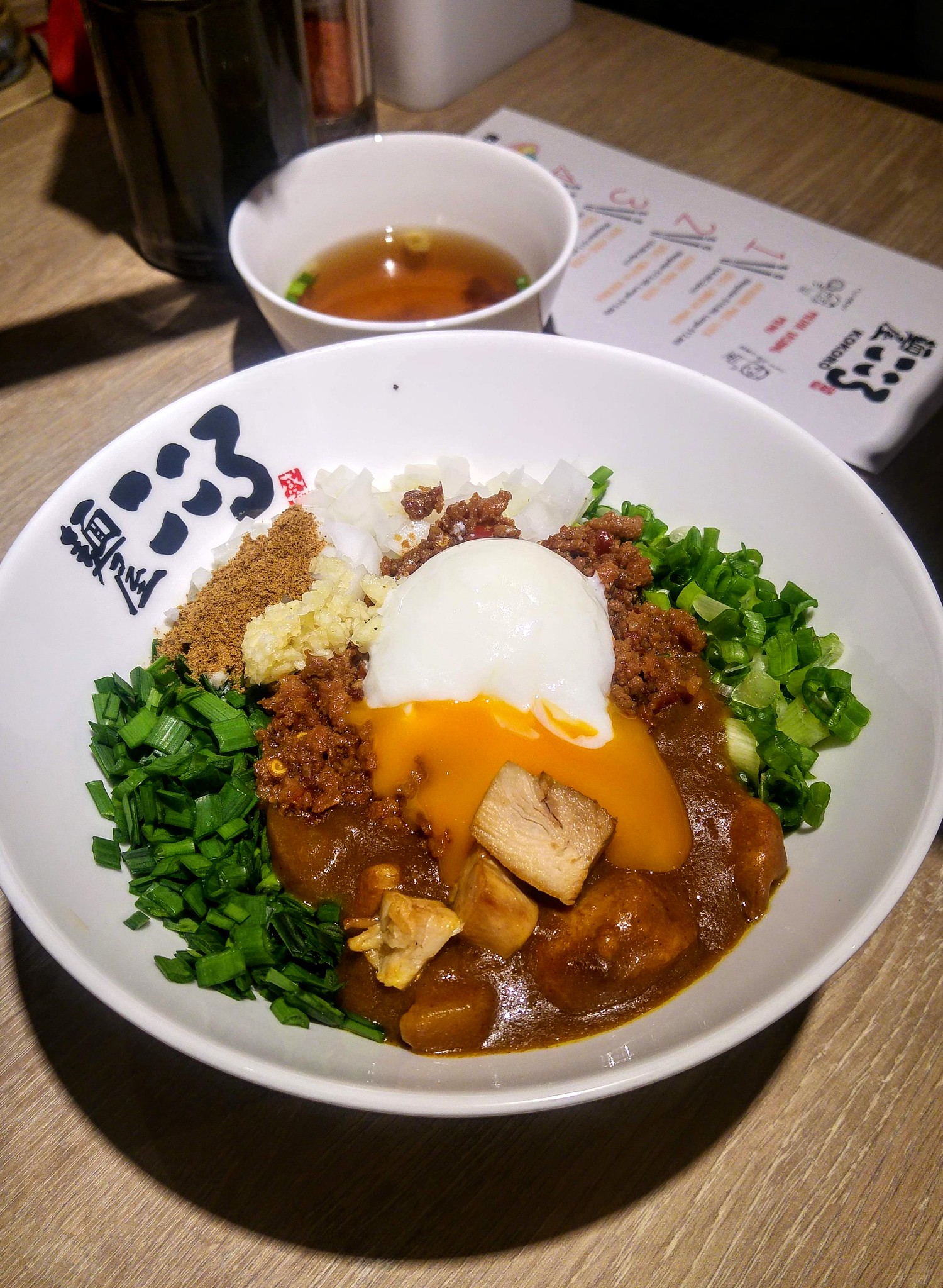 With noodles of that thickness and texture, Curry Maze Soba ($13.80) may be mistaken as a curry udon. The original is still preferred, as the curry tends to overwhelm the flavour of the minced meat sauce and doesn't gel well with the soba. 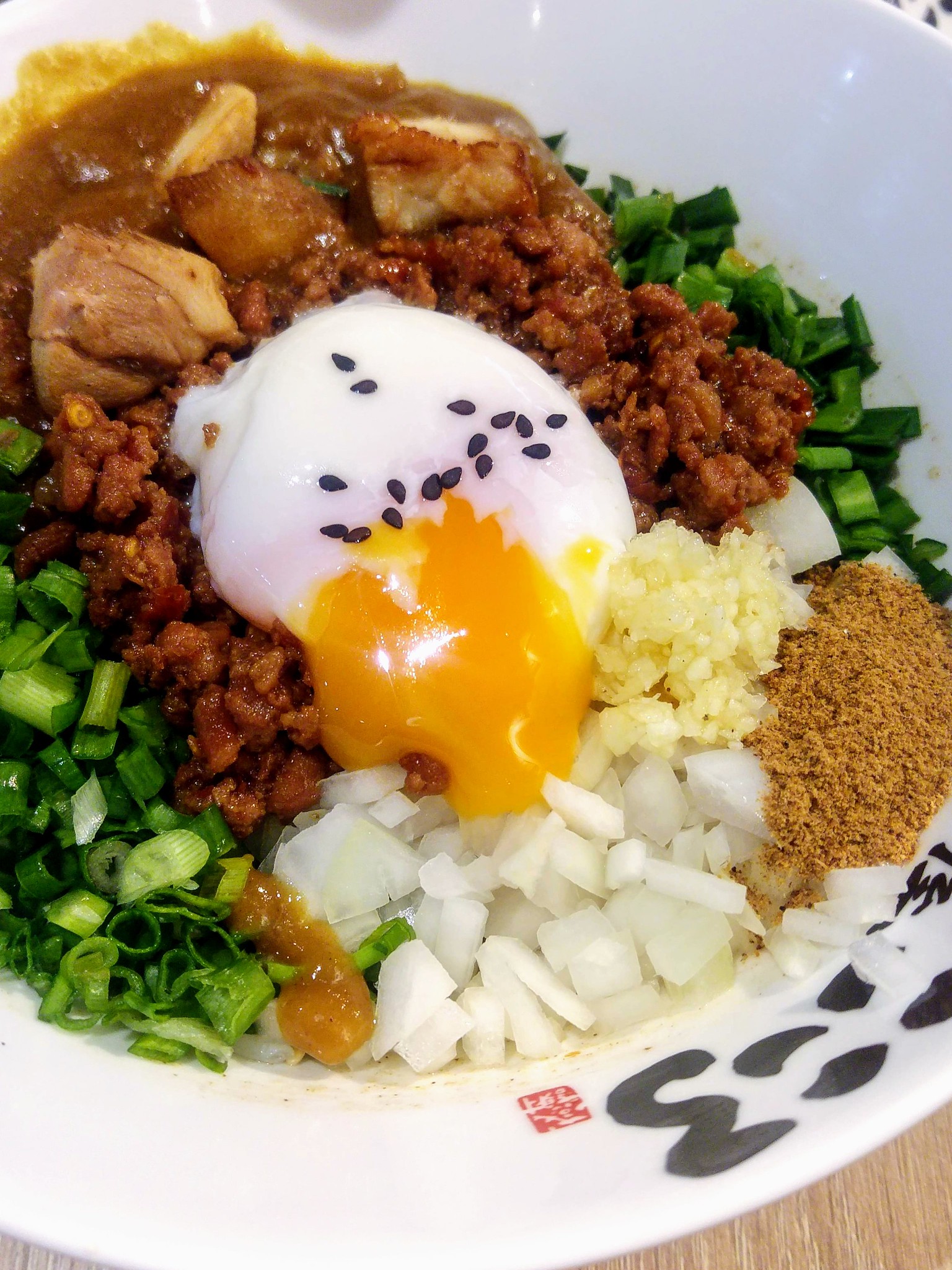 The rice version Curry Maze-Don ($13.80) is created exclusively for Singapore, using 100% Japanese Michelin-acclaimed Tawaraya rice from Hokkaido and Niigata, specially selected by Singapore’s only Japanese rice sommelier. This Tawaraya rice is flown in straight from Japan in its raw state, and is polished only upon order to preserve its aroma. Although both soba and don come with extra grilled chicken cubes atop, the latter fares better as it was almost like enjoying a bowl of Japanese curry don, with extra heat and flavour from the minced meat sauce. 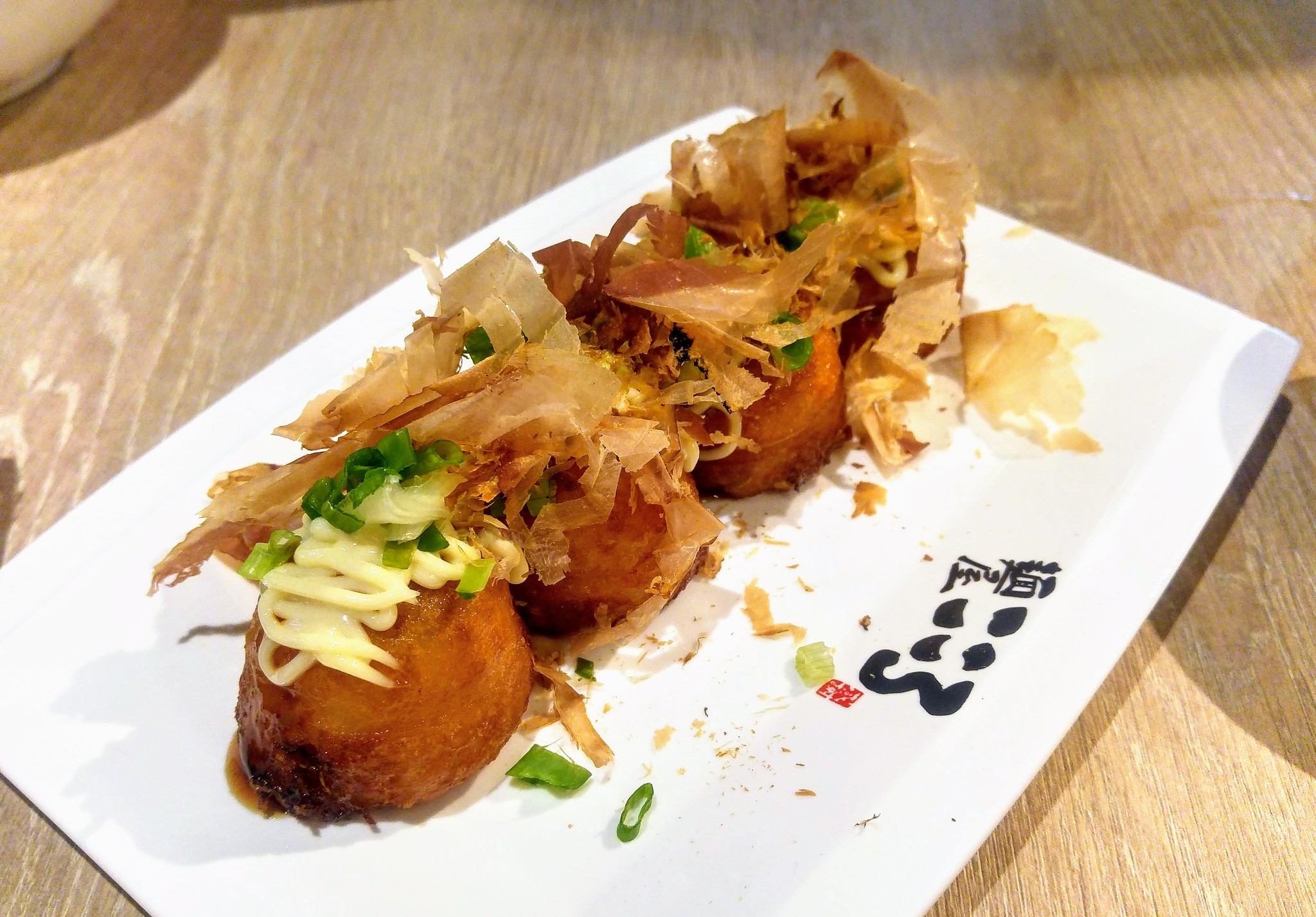 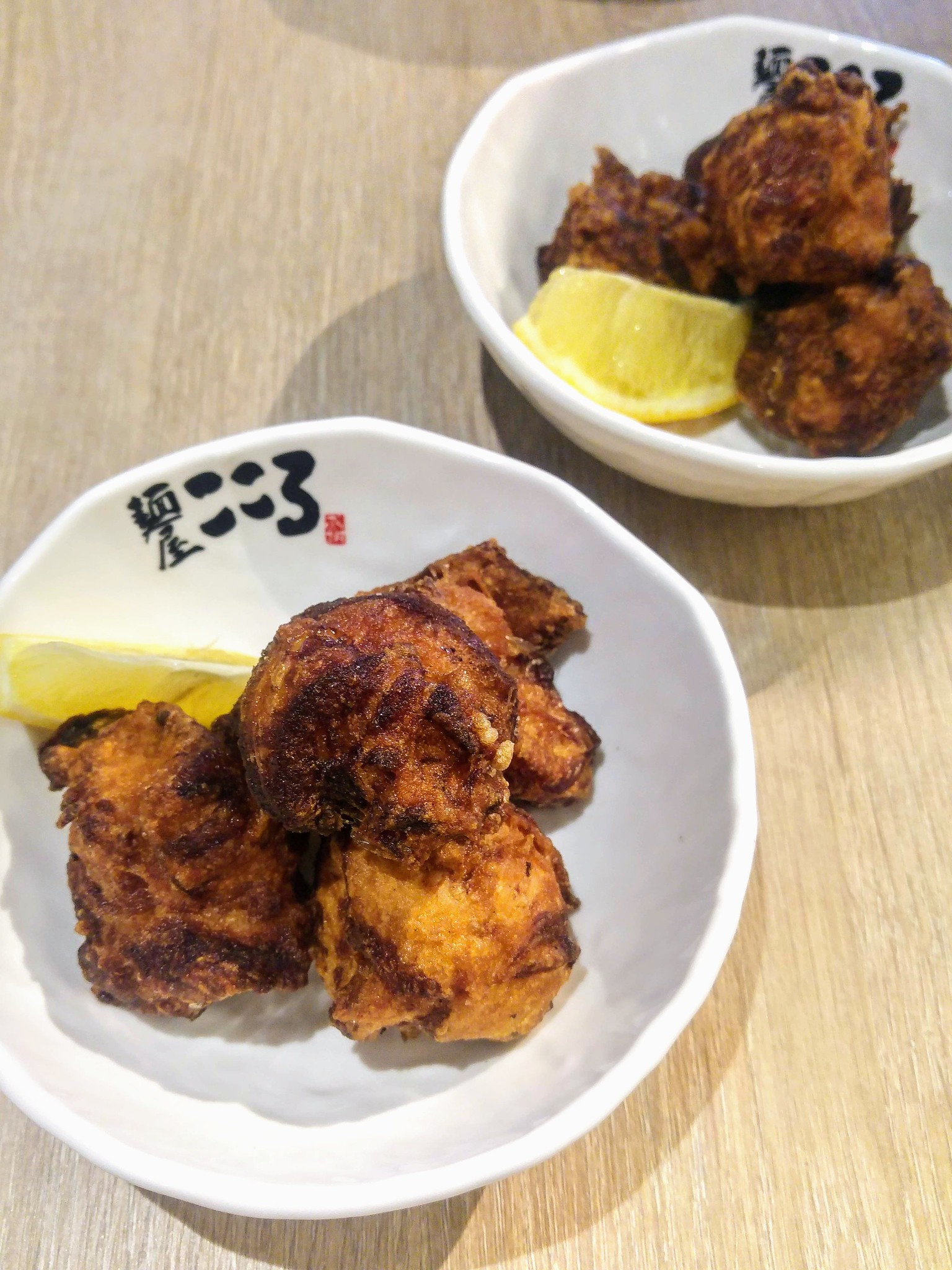 Sides are available as well. The Takoyaki ($4.80) doesn't taste authentic, so what are worth your calories are probably the Chicken Kaarage ($4.80) and the Chicken Wings ($4.80), a Nagoya-style which most were vying for it. 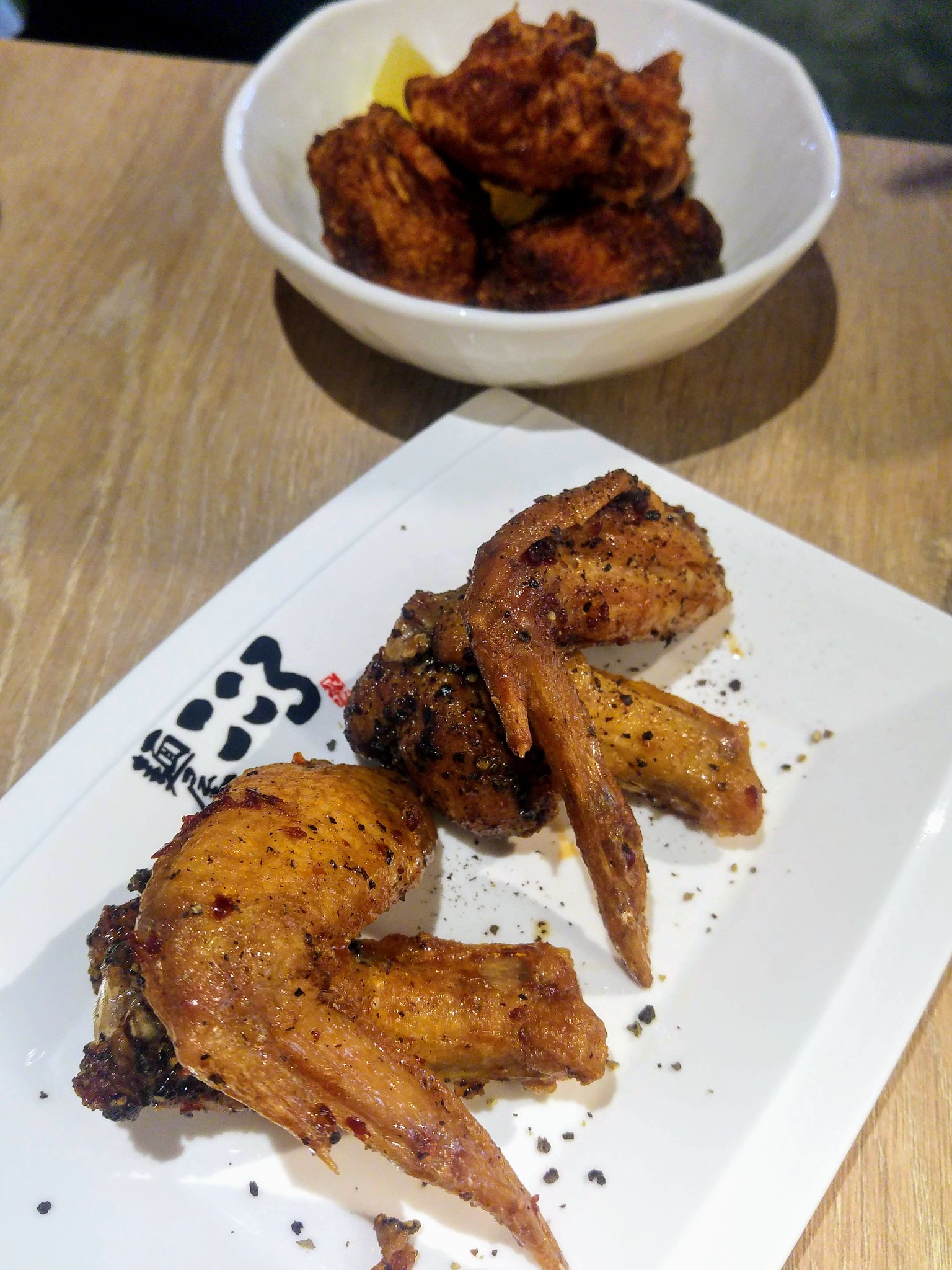 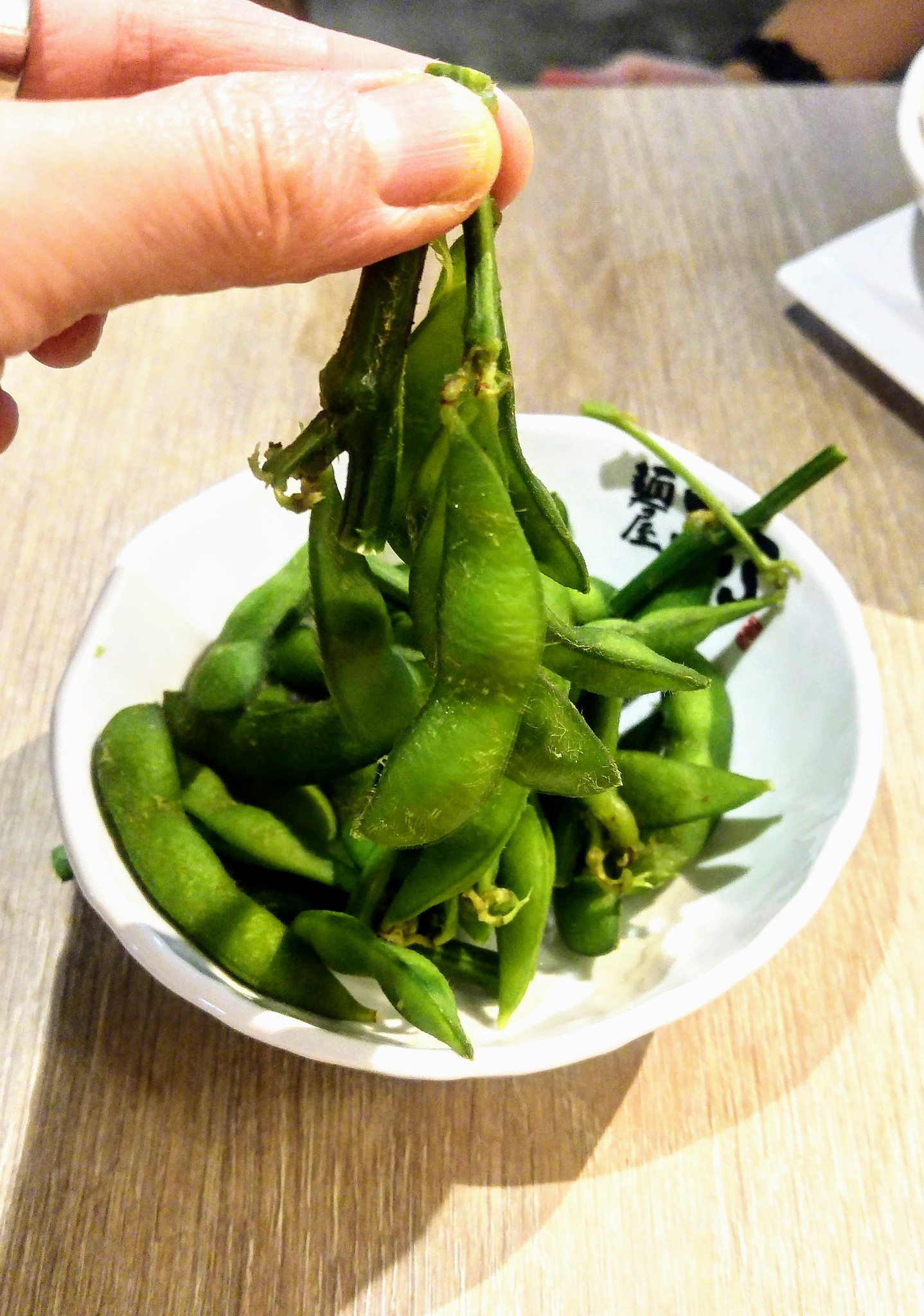 It unusual but we find the Edamame here, which comes with the stalk attached, a lot tastier than what we have tried before. 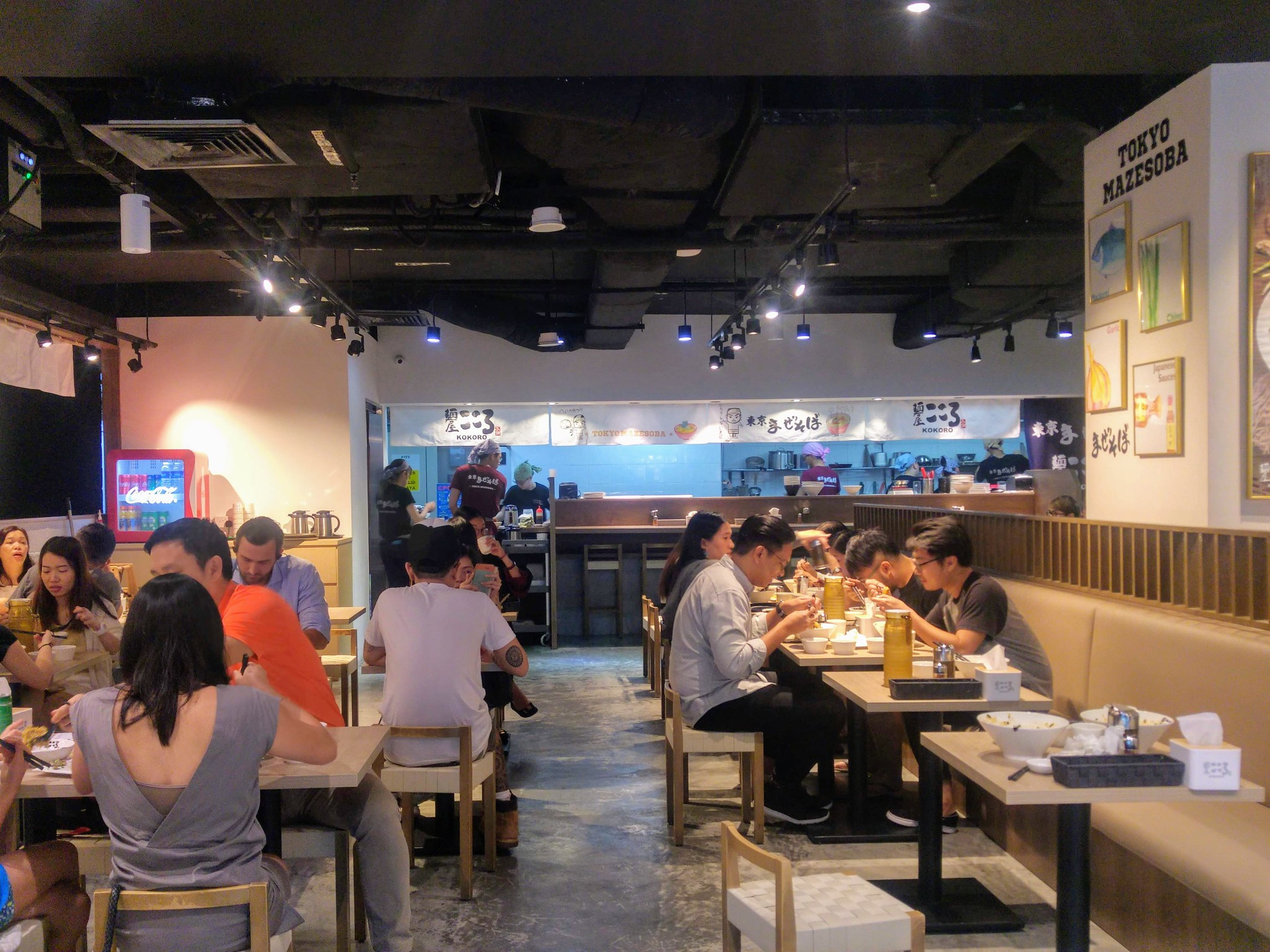 If you love chewy noodles, Menya Kokoro will serve your needs. There are other versions too, such as a a more indulgent one with Cheese or you can also go meatless with their Vegan Maze Soba. Each has its own selling point but there are reasons why the original Maze-Soba is still the best selling, and among which I feel is that the rich minced meat sauce alone works best with the chewy noodles.

Words and photos by Si An. A girl who is allured by travelling, loves the feel of freedom, smell of the rain and the aroma of fine coffee and food. Note: This is an invited tasting.

2) Alight at Esplanade MRT station. Take Exit A. Walk to destination. Journey time about 5 minutes. [Map]
Posted by chen si an at 9:27 PM