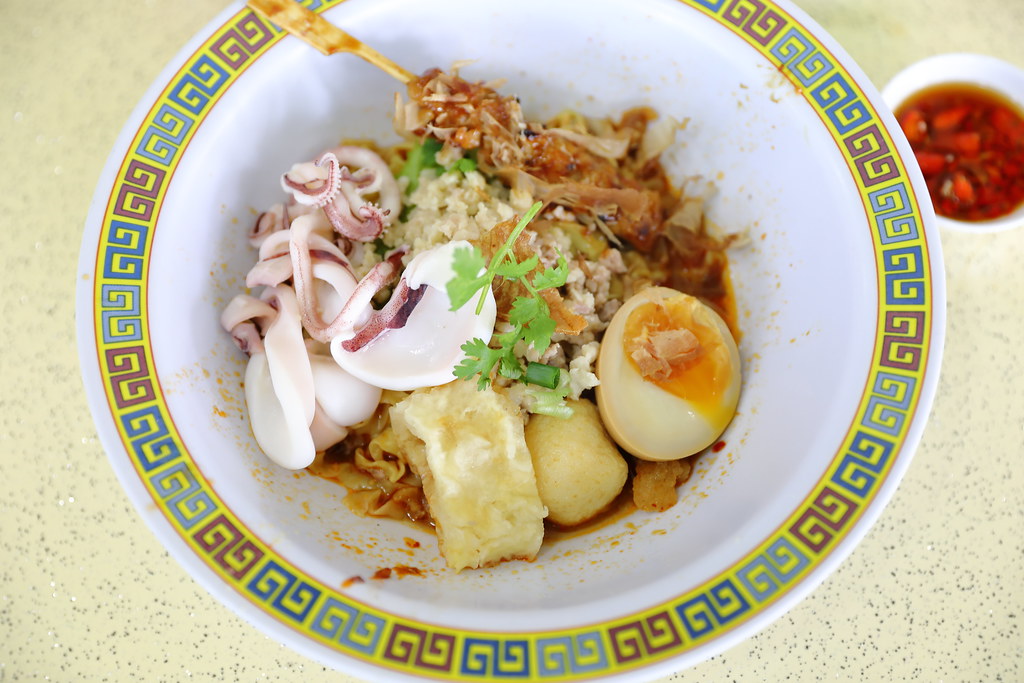 With Ah Hoe Mee Pok which is run by Mr Naoji's son at block 713 Clementi West Street 2 moving to Cantonment Road, another mee pok stall has moved in. It is non other than Guan's Mee Pok, who used to partner with Ah Hoe Mee Pok's founder, Eric Chia who is the is the master of Mr Naoji, the Japanese Mee Pok man that you probably have seen in different media platforms. 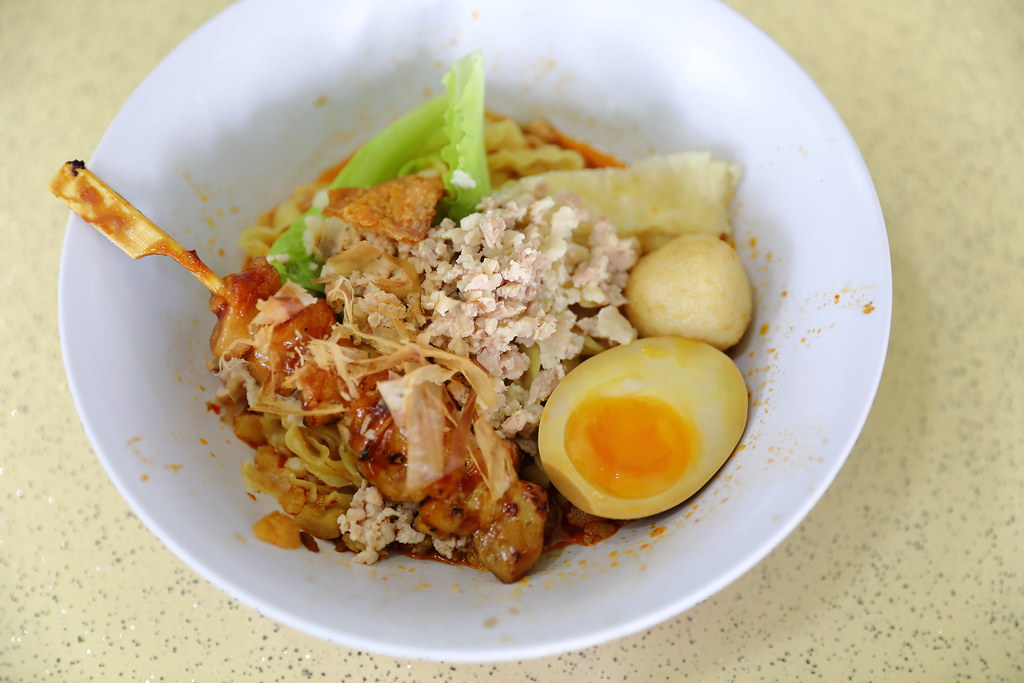 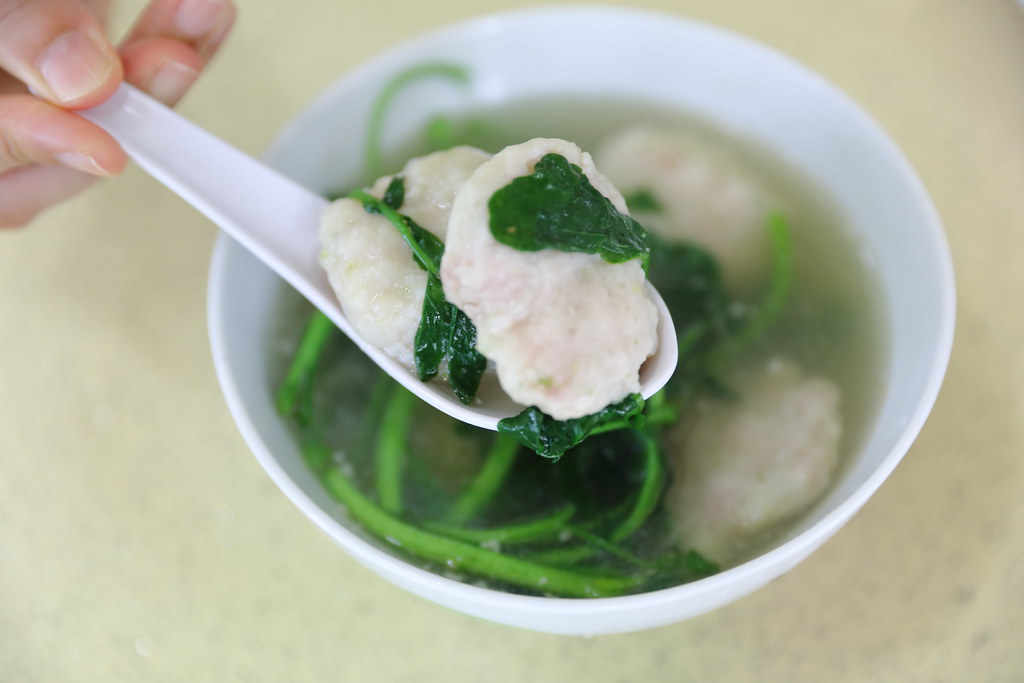 Unfortunately the Fish Maw Soup was sold out so I decided to go for the Meat Platties with Chicken Soup ($4.50) instead. The clear soup was light and refreshing with crunchy greens. The meat patties was enjoyable but nothing much to shout about. 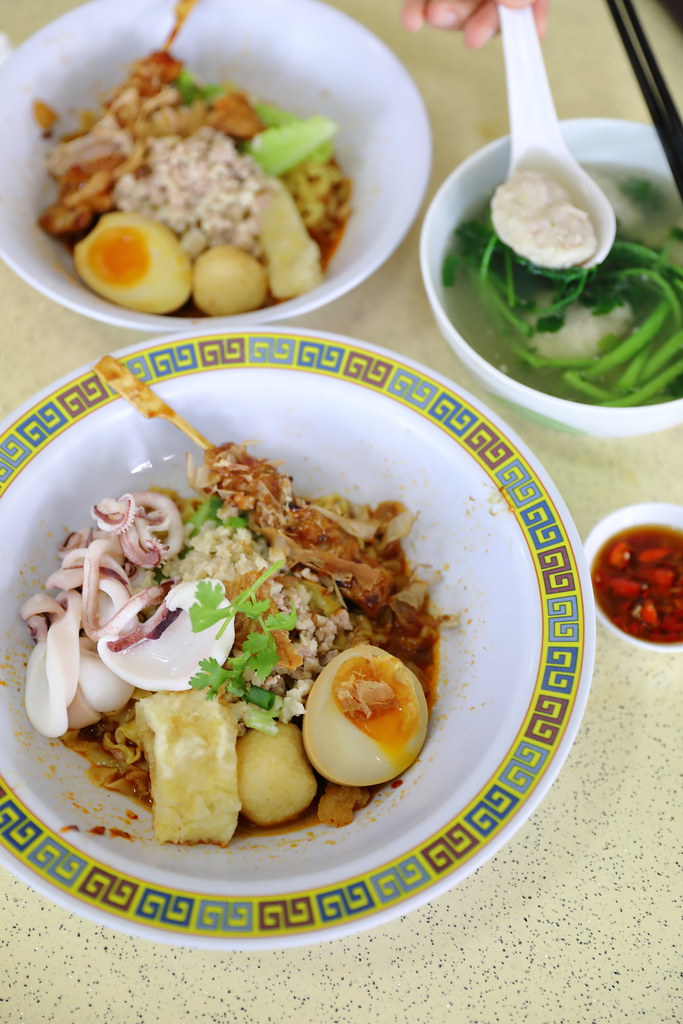 For a more premium enjoyable, I had the Guan's Mee Pork with Squid ($9). Like the basic bowl, it comes with chicken yakitori, minced pork, fried fish ball, tamago egg, fish maw with the addition of poached squid. Besides the springy noodle texture, the chilli-vinegar sauce perfumed by the used of dried sole fish and pork lard, gives the noodle a coat of slurping goodness. You are also free to add more vinegar if you prefer a more acidic sharpness. 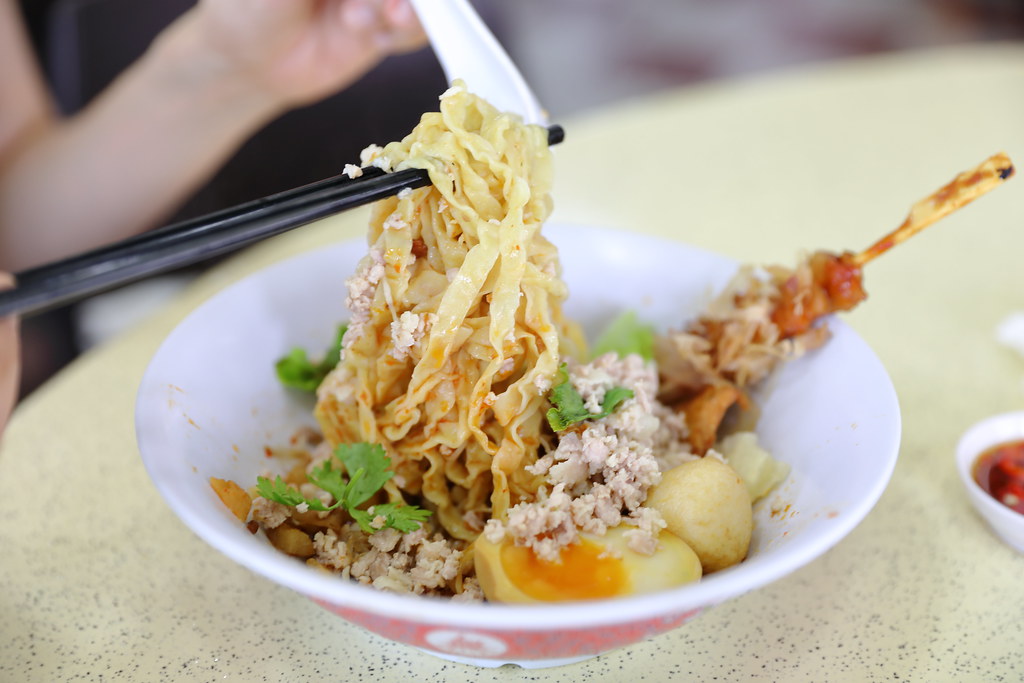