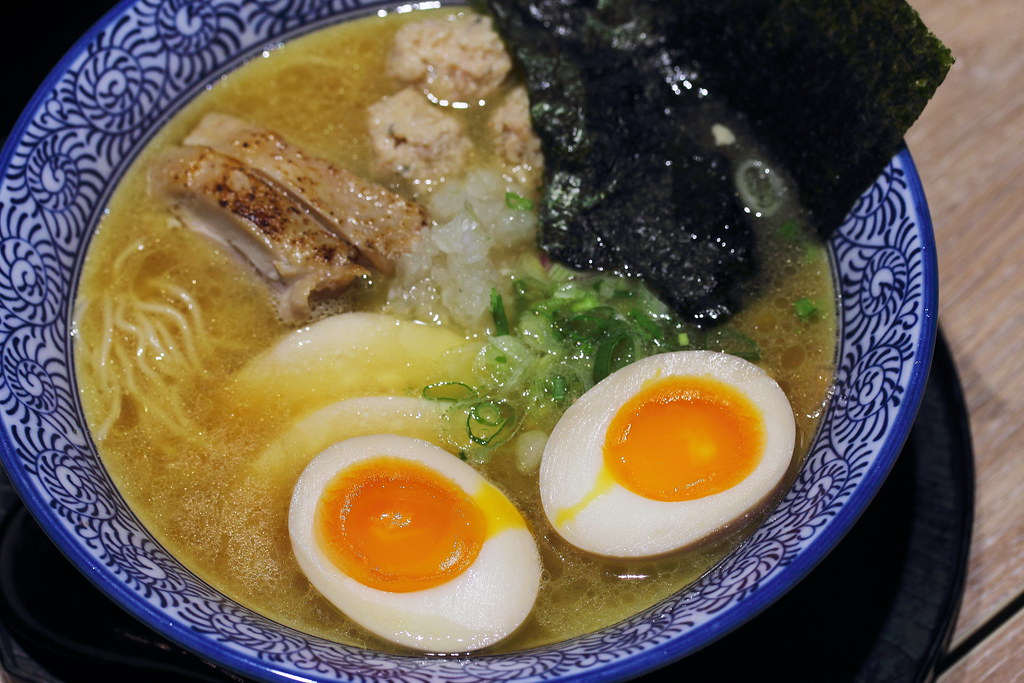 Joining the rank of restaurants at the new Eat at Seven concept in Suntec City Mall is Tokyo's top chicken ramen chain, Menya Takeichi. Menya Takeichi became famous when it is featured in TV Asahi back in September 2012. Soon diners flock to the outlet. From then on the business expanded to 40 stores over Japan in just 4 years, attracting long queues of patrons waiting to get into their outlets. 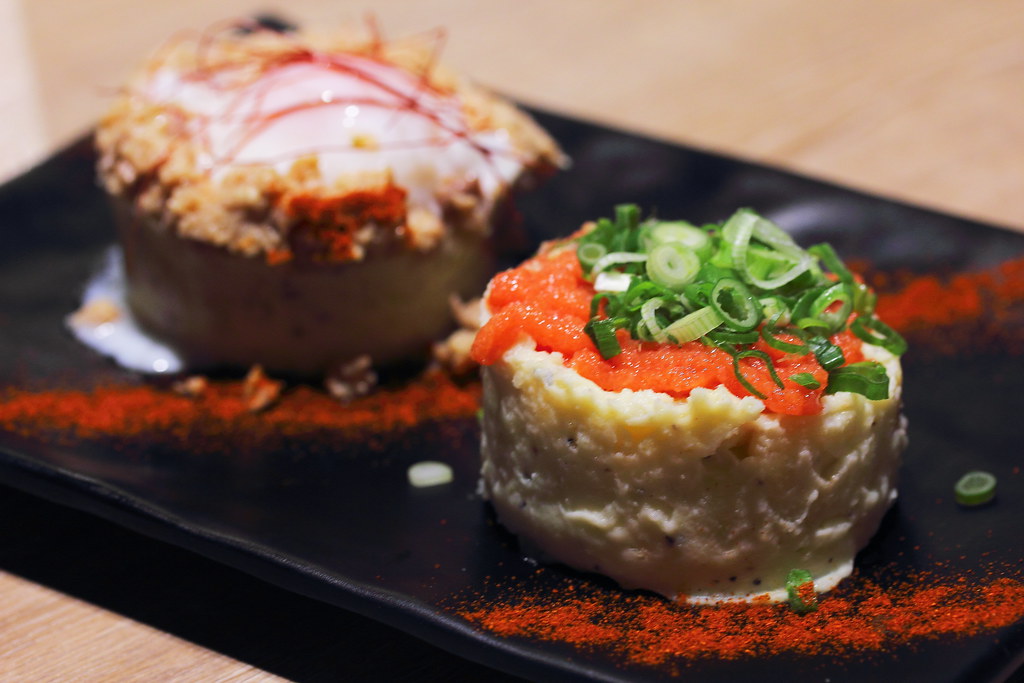 The Potato Salad Nikumiso & Mentakio ($7) is something for a different. Served in two forms, one of the potato salad is topped with nikumiso and a poached egg while the other is topped with mentakio and spring onions. 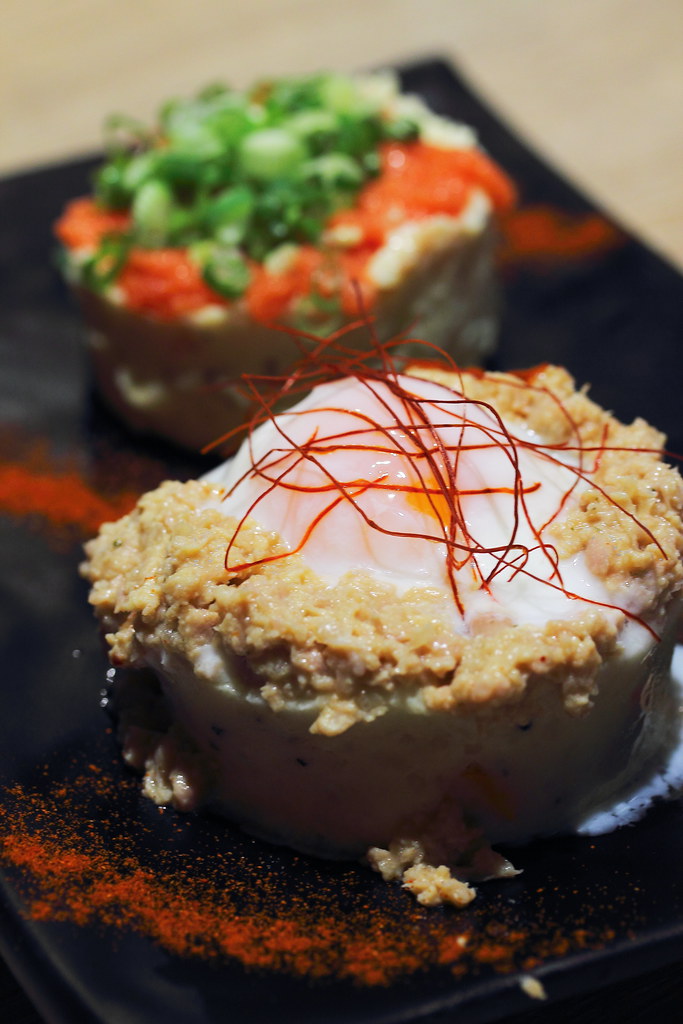 I really like the combination. It brings extra flavour and texture to a simple and common dish that is served in every other restaurant. In fact I could not really make up my mind which is better. Each of them has its own merits. 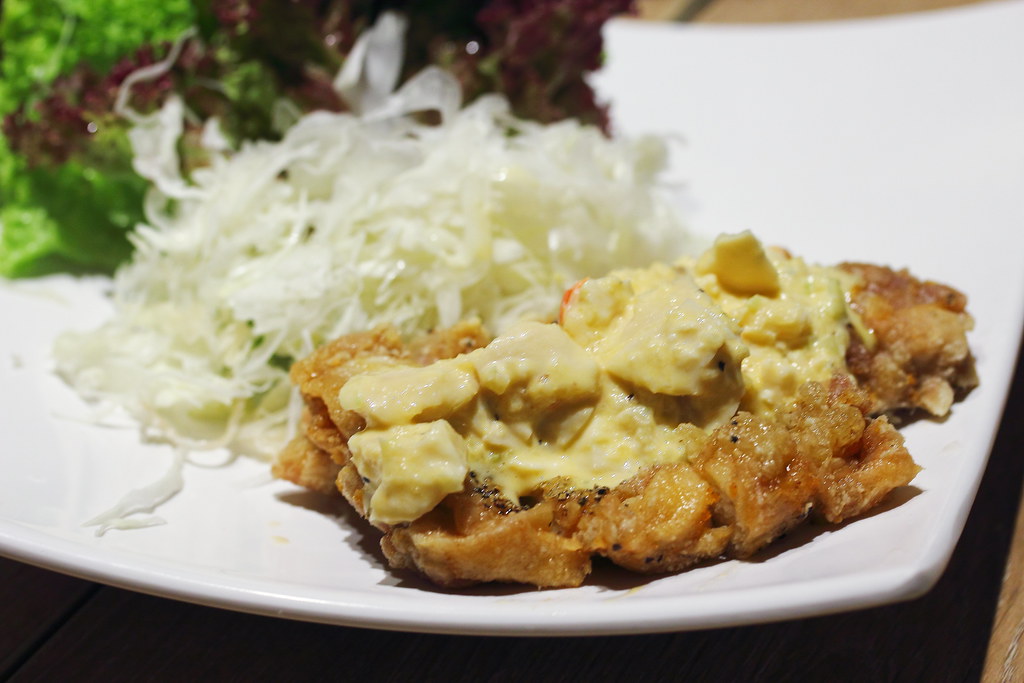 Good to go with a glass of beer is the Fried Chicken with Tartar Sauce ($8). While the tartar sauce goes well with the fried chicken, I felt that the chicken didn't have the crispiness I was expecting. 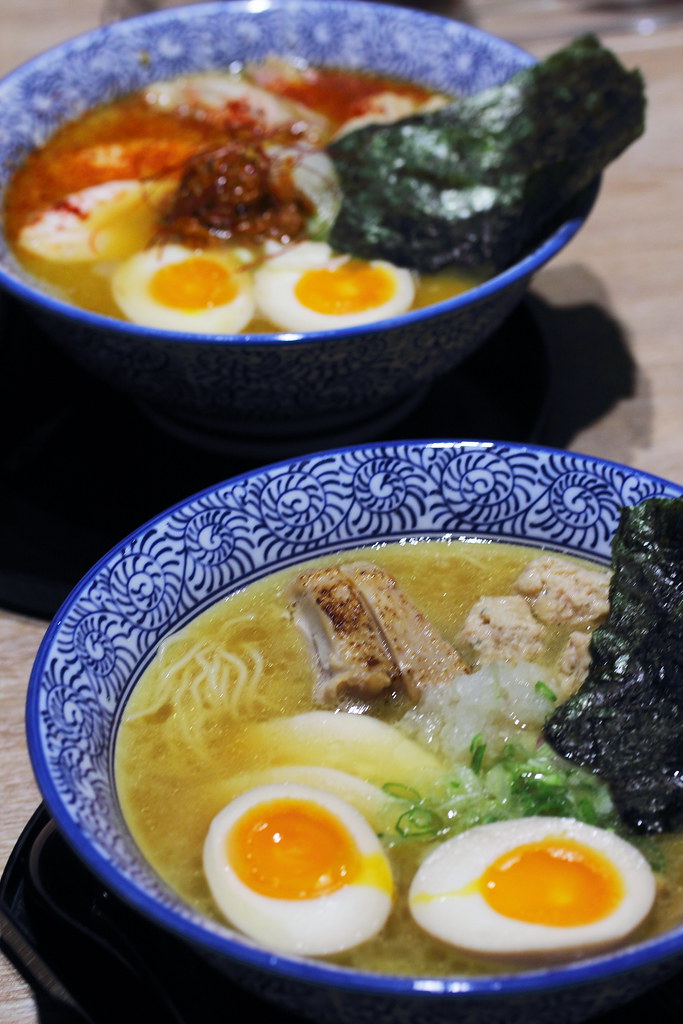 I first started with the lighter Shio Rich Ramen ($13). The standard chicken soup ramen comes with slices of chicken, chicken meat balls and eggs. The first thing I did is to take a sip of the soup. I was very surprise how rich and thick it is. I had tried other chicken broth ramen before but this is the richness I tried so far. The other highlight for me is actually the chicken meat ball which is tender, soft and juicy. 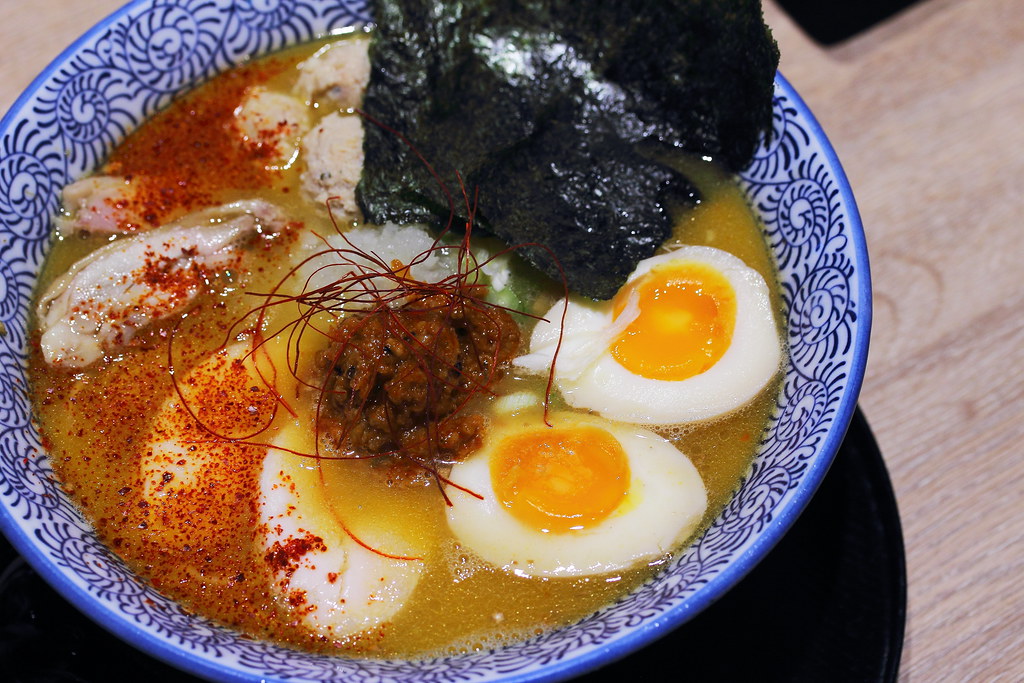 For those that prefer a spicy kick to their ramen, Menya Takeichi has the Special Rich Spicy Ramen ($17.50) to satisfy the local palate. The chilli used for the spicy chicken soup ramen is somewhat different from the usual. It is kind of garlicky and even to the point of acquire. Why so? It is a taste that I have not tasted in other spicy ramen before. Rather the creamy soup with the thick noodles remembered me of Ah Ma yellow noodles mixed with sambal chilli. While the bowl of ramen triggered a part of my memory, I have my doubt whether it will be accepted by many. 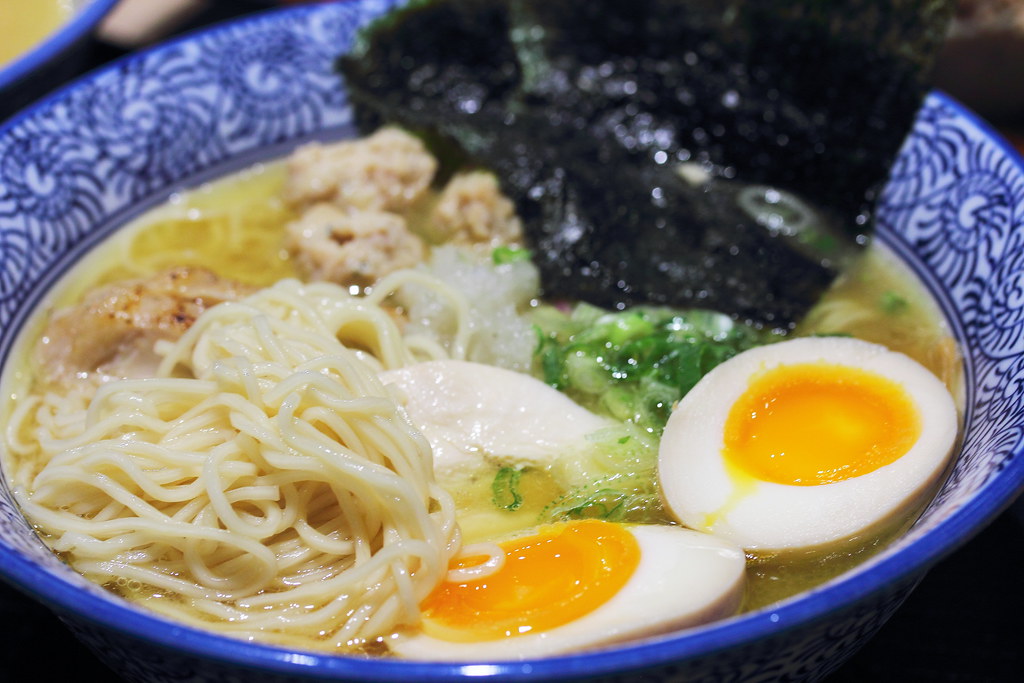 If you think the shio rich ramen is rich, the Special Rich Shoyu Ramen ($16.50) is even richer and creamier. The collagen rich and thick soup is cooked for hours form simmering of fresh chicken and chicken feet. Diners can opt to add clear soup to it if they felt the soup is too thick. The clear soup is made from bonito flakes, giving it a whole dimension of enjoyment.

While the collagen-rich chicken broth ramen at Menya Takeichi is thick and robust, I did not like the use of noodle. The noodle gets rather mushy and gooey very quickly. Putting that aside, Menya Takeichi changes my whole perception that chicken broth is light, and it can never match the richness of tonkotsu. Menya Takeichi has proved me wrong.