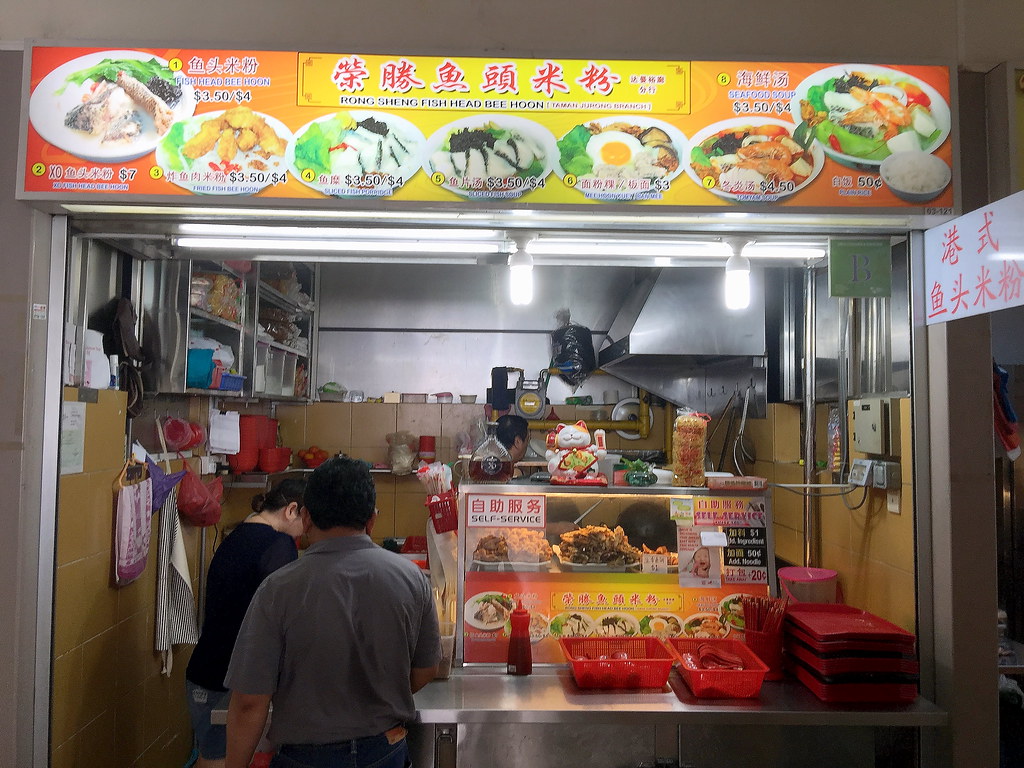 Hidden right at the corner of Taman Jurong Food Centre on level 3, near the toilet area is Rong Sheng Fish Head Bee Hoon. To be frank, the stall did not look inviting. I took a chance and ordered a bowl of fried fish beehoon because of the sign saying it is Hong Kong style fishhead beehoon. I had a brief chat with the uncle behind the cooking and he told me he is from Hong Kong. Maybe that explains the signage. 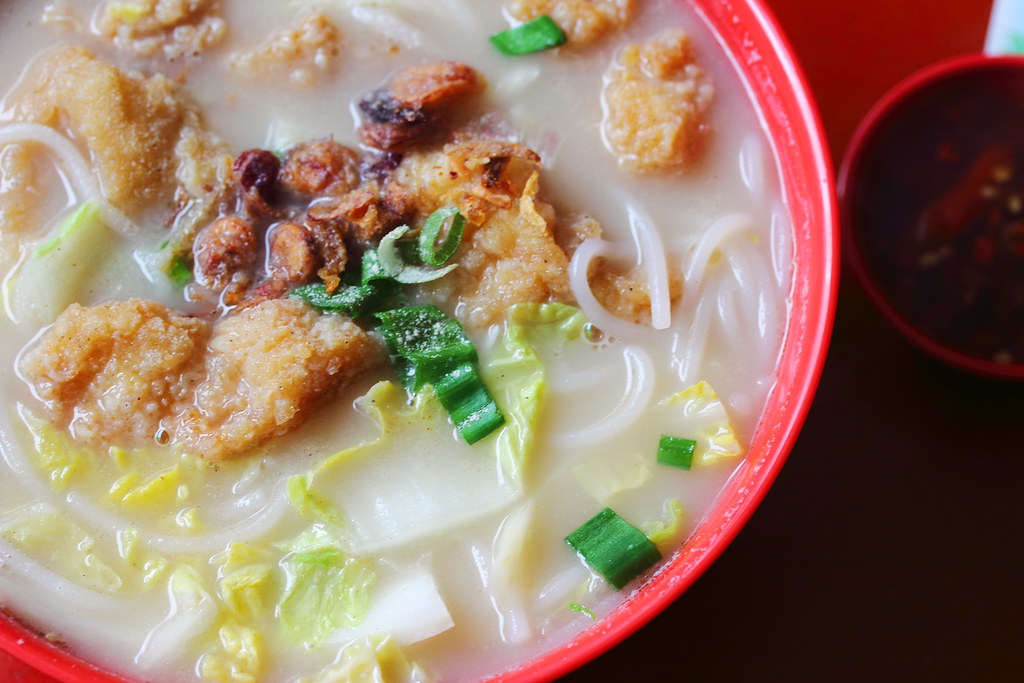 I have to say the Fried Fish Beehoon ($3.50/$4) smelled really good when it was served to me. The cloudy soup carried a hint of chinese wine which was very aromatic. Together with the heat from the ginger, it warmed the body with each sip of the soup. 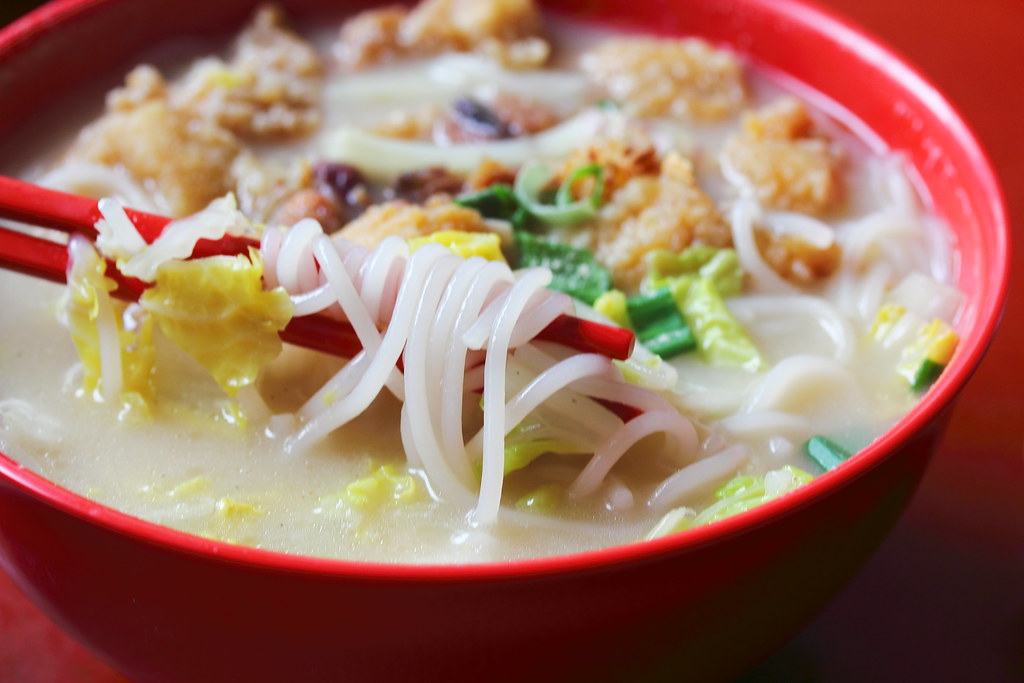 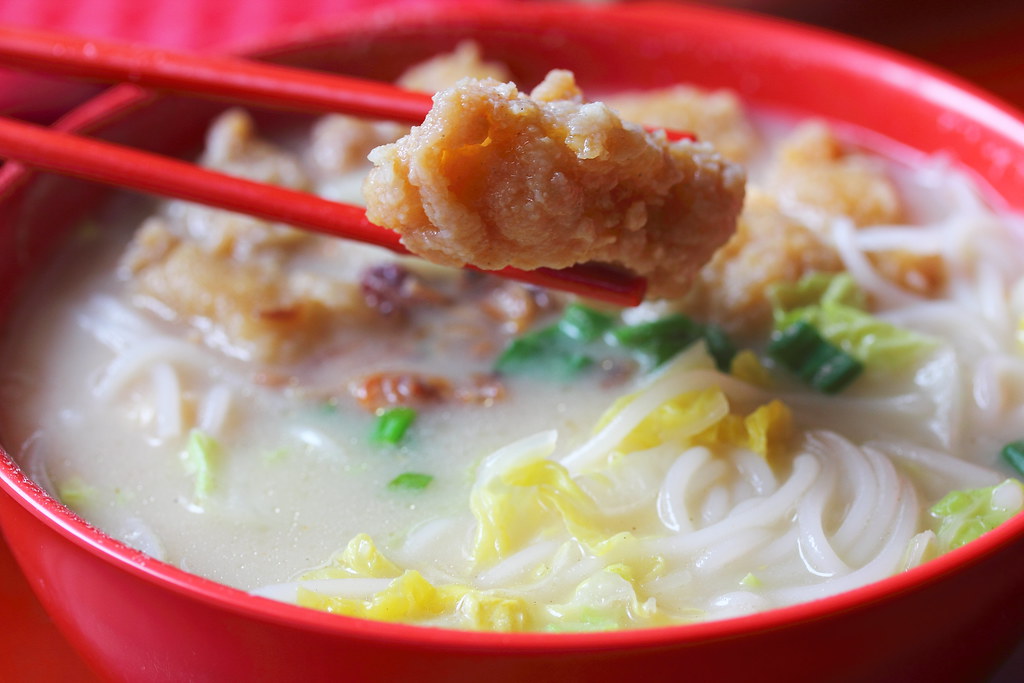 The beehoon itself was smooth and silky. You probably can tell from the picture, I had a hard time picking them up with my chopsticks. For the main ingredient, the fish meat itself was chunky and meaty. 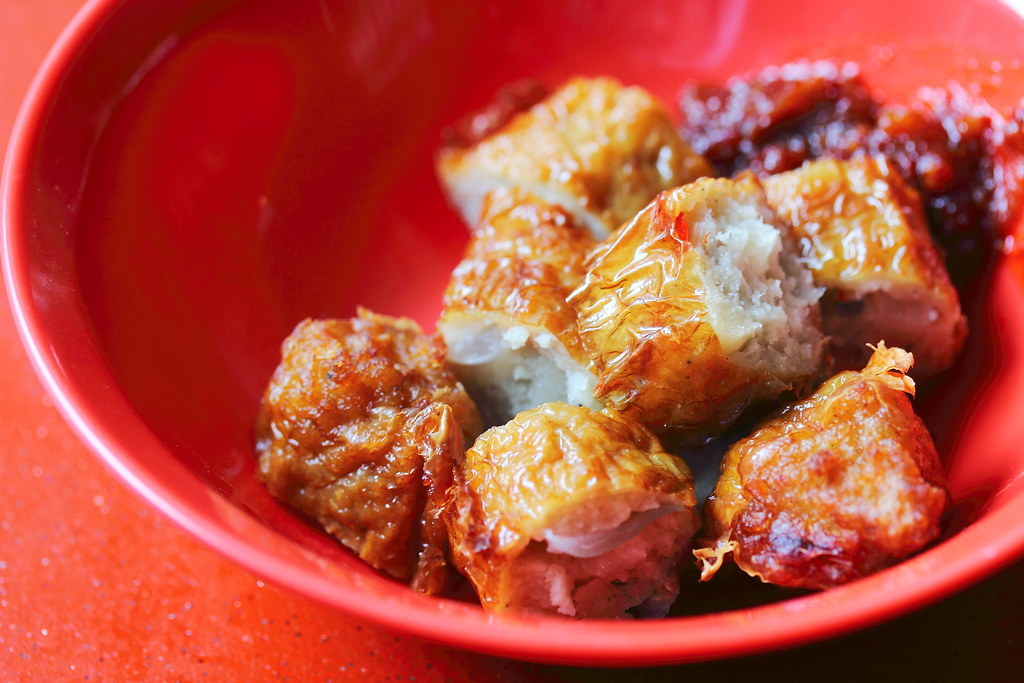 The stall also sells some homemade Five Spice Fish Cake ($1). I got a piece to try and it was quite a delightful snack or small bite to go with the fried fish beehoon.

Overall I enjoyed the bowl of fried fish beehoon. Although milk was added to the soup, the robustness of the sweet broth was not eclipsed by the milky taste but instead giving in a creamier texture on top of the hint of aromatic Chinese wine.