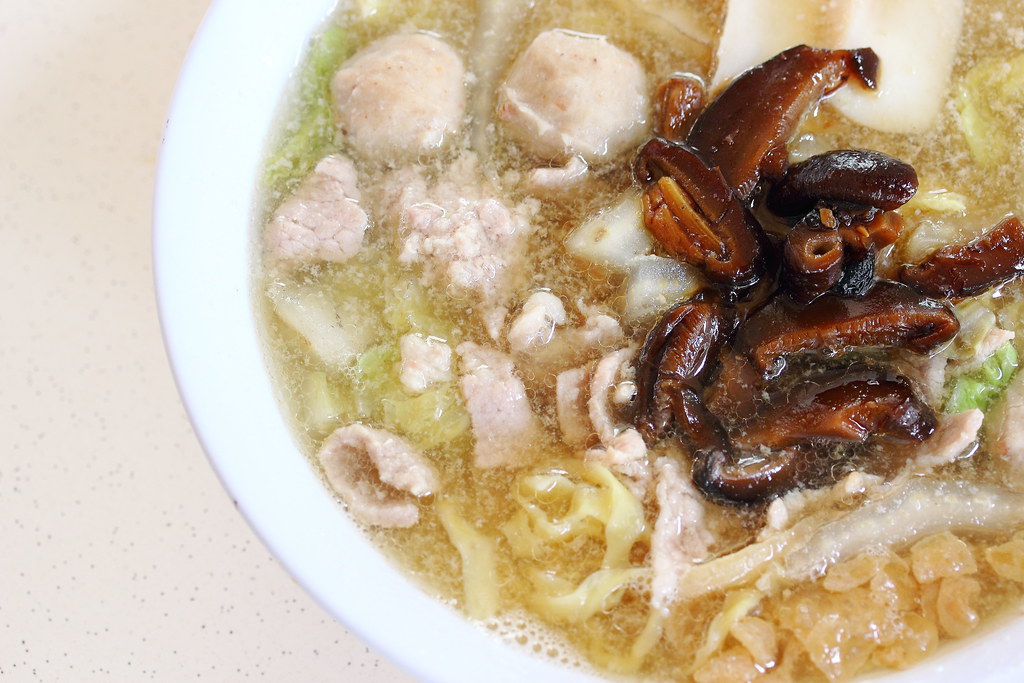 If the East has Bedok 85 Bak Chor Mee, Central has Seng Kee Mushroom Minced Pork Noodles, I would proudly say we at the West has Ah Hoe Mee Pok (阿和面薄). Recently, Ah Hoe Mee Pok has gotten some attention from the blogsphere not just because of the Japanese behind the stall cooking the mee pok but its delicious bowl of mee pok cooked to a nice al dente too. 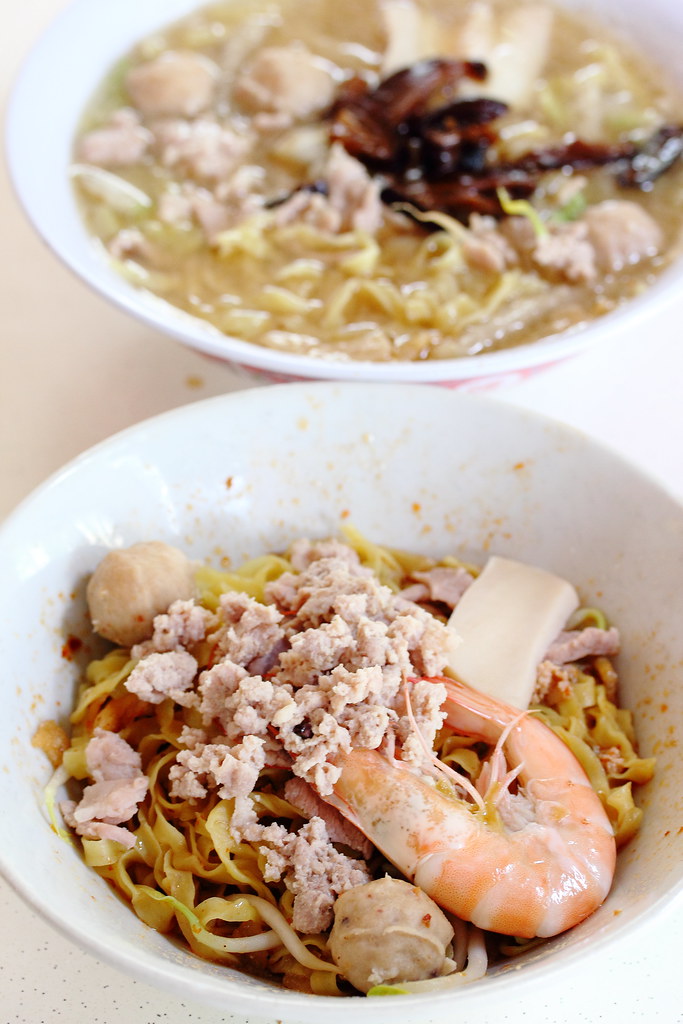 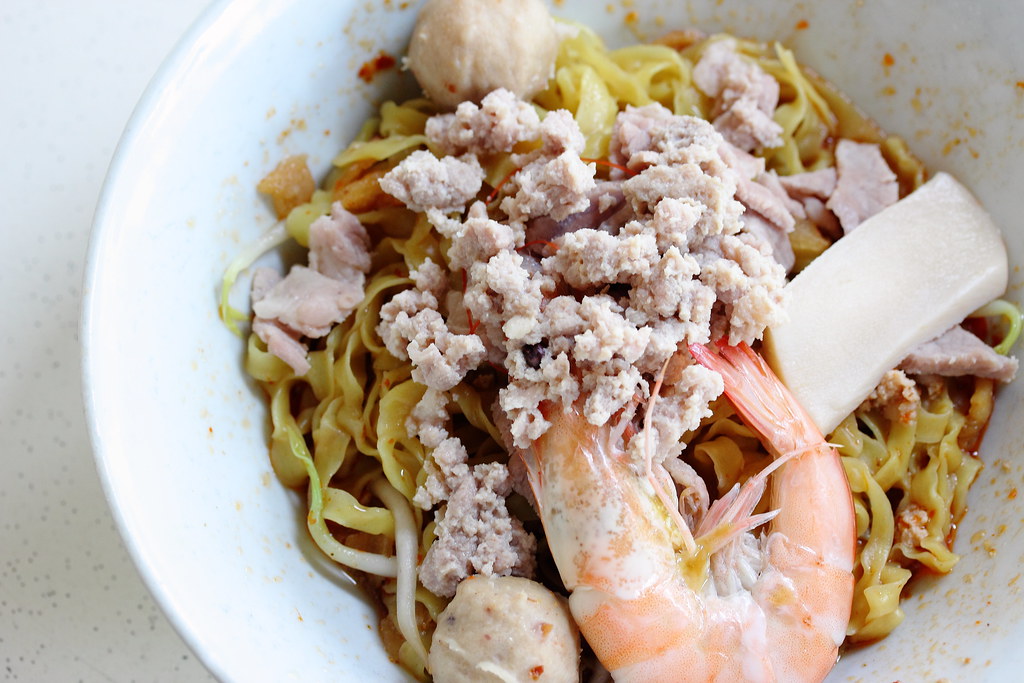 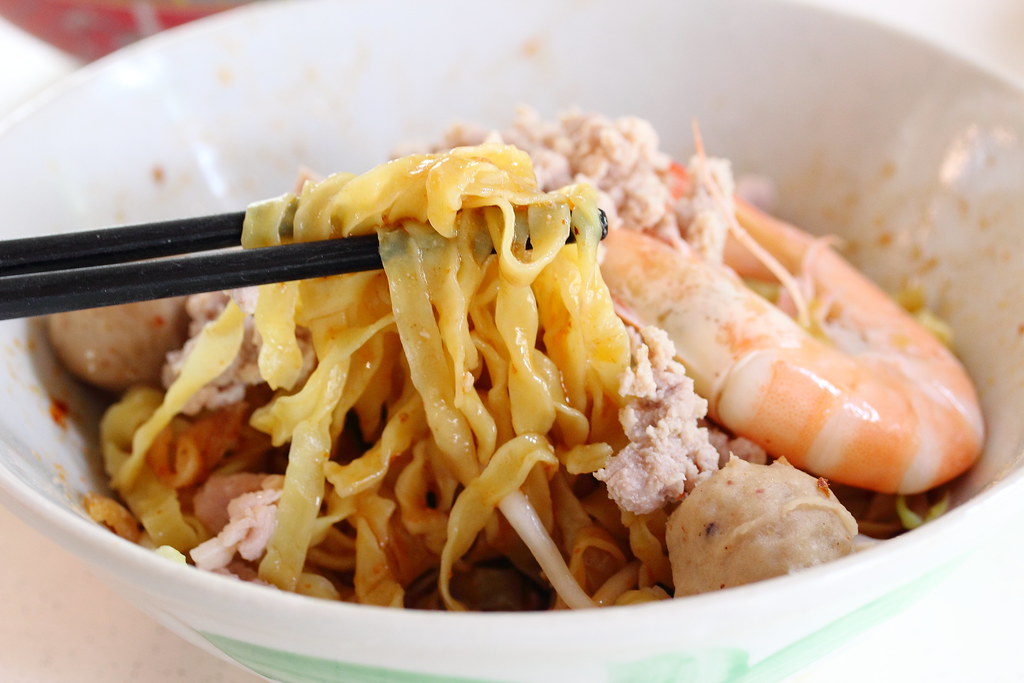 I have a bowl of the Special Mee Pok Dry ($4) which comes with a prawm, meatballs, abalone slices, minced pork and pork slices. The highlight in the bowl has to be the al dente mee pok that is cooked to a nice springy bite. However I find that the chilli sauce lacked the kick I was expecting and the vinegar does not have that tanginess. 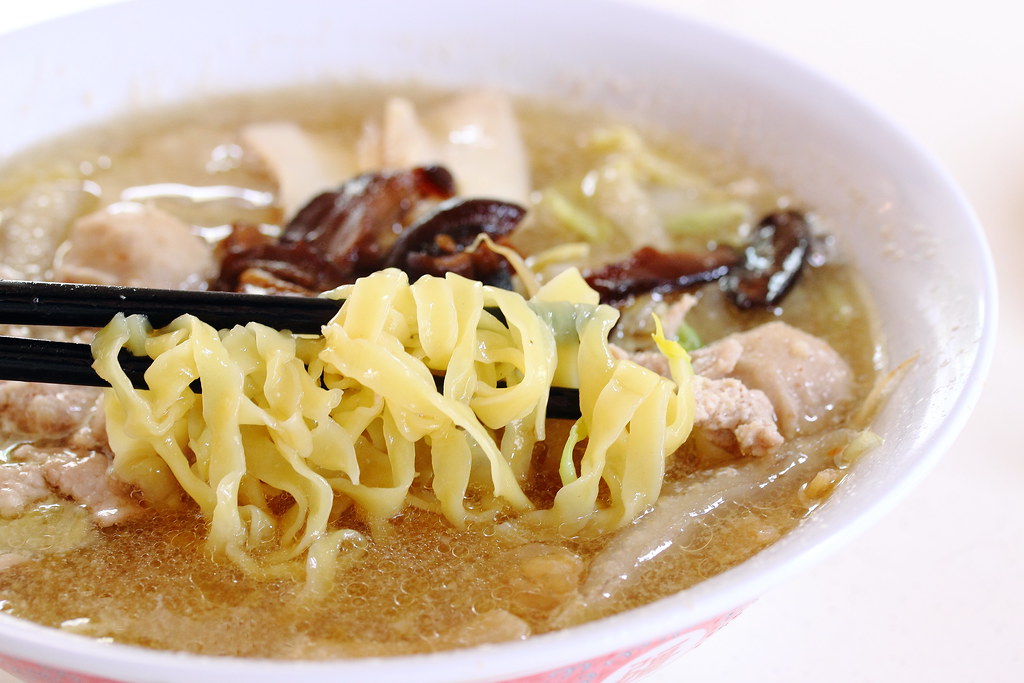 To me the best try at Ah Hoe Mee Pok is not their dry noodles but their soup version. I would highly recommend trying the Mushroom Minced Meat Noodle Soup ($4). First, I think the soup version showcases the springy mee pok even more. 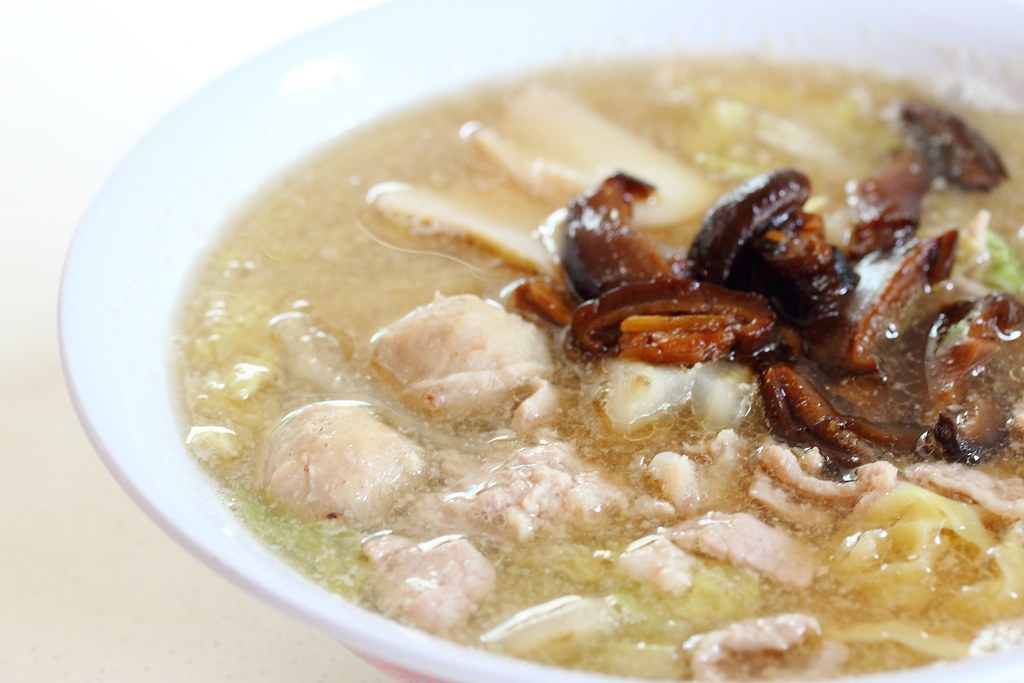 Second, the soup was flavourful and robust. If Seng Kee's soup hits you like a tank with the rich Ti Poh (dried sole fish) flavour, Ah Hoe's soup base is more refine and balance. I felt that this is because of the addition of cabbage, giving it that harmony.