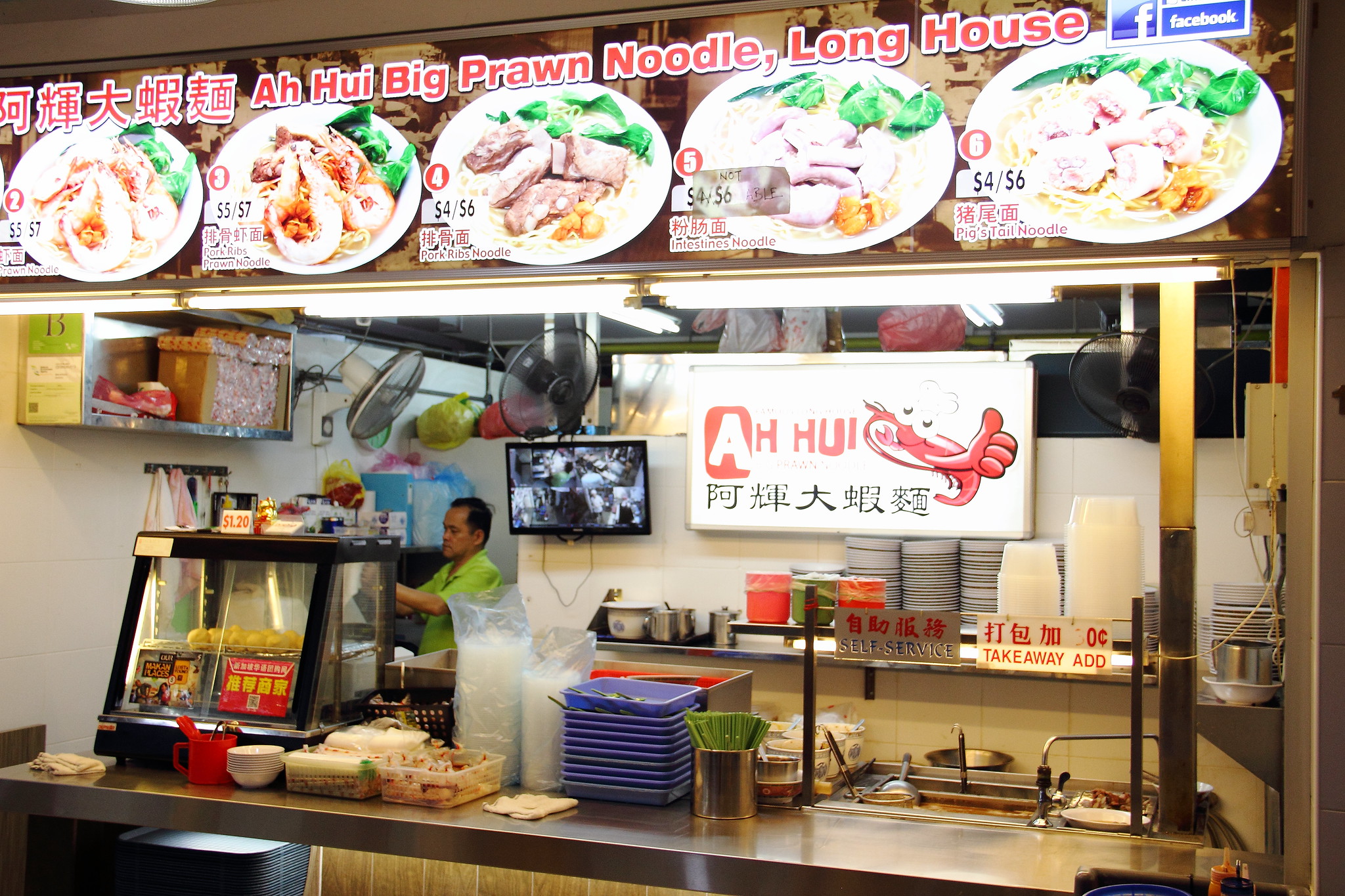 When Long House Food Centre along Upper Thomson Road was demolished in 2014, some of the stalls moved into Balestier Food Centre. One such stall is Ah Hui Big Prawn Noodle runs by the couple James and his wife Mary Quek. 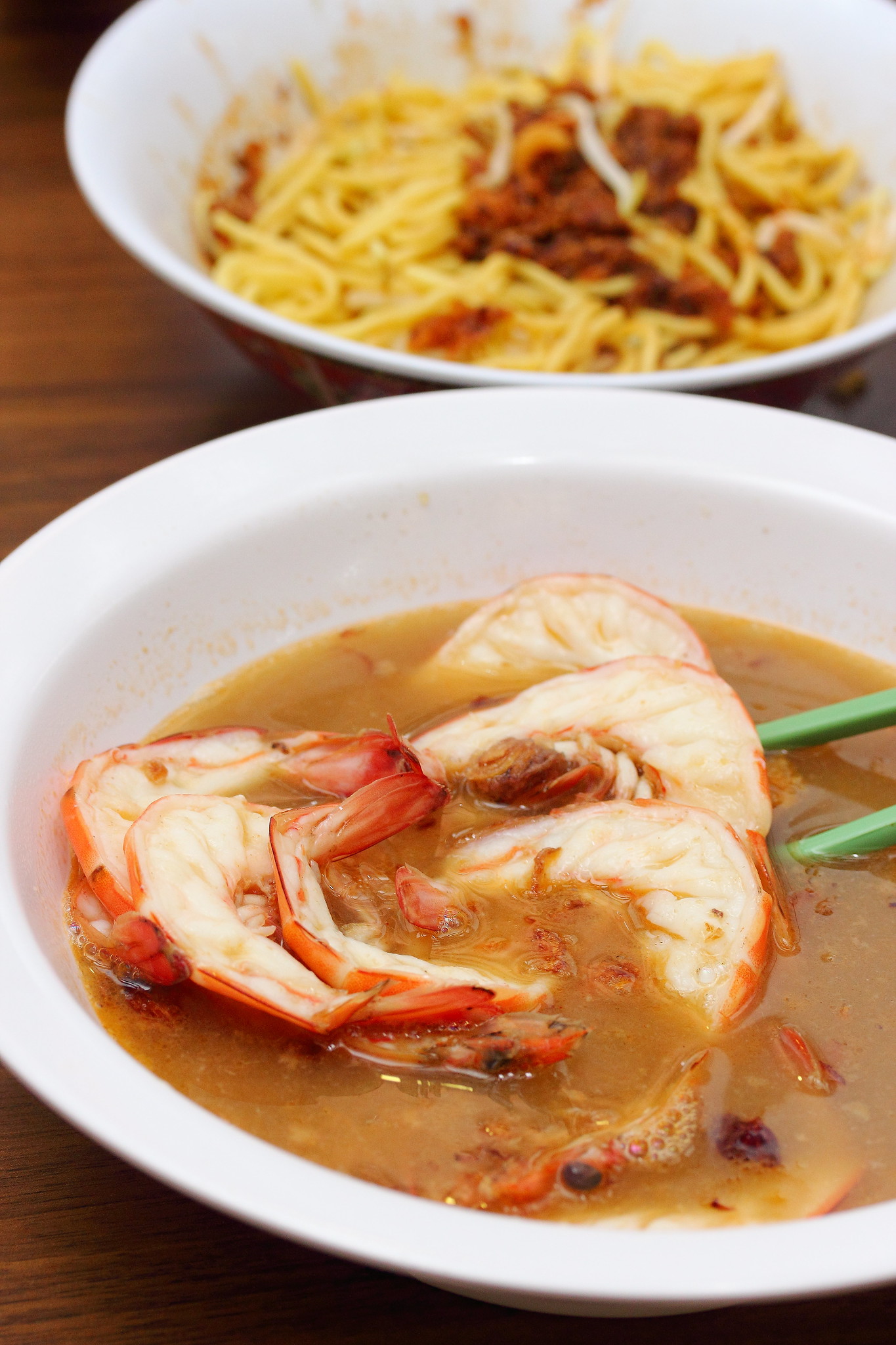 At Hui Big Prawn Noodle, the stall uses only the big prawn common known as AngKa Prawns. Pricing starts from $4 to $6. The stalls offers a choice of dry and soup version as well as combination of pork ribs or pig tails to your preference. 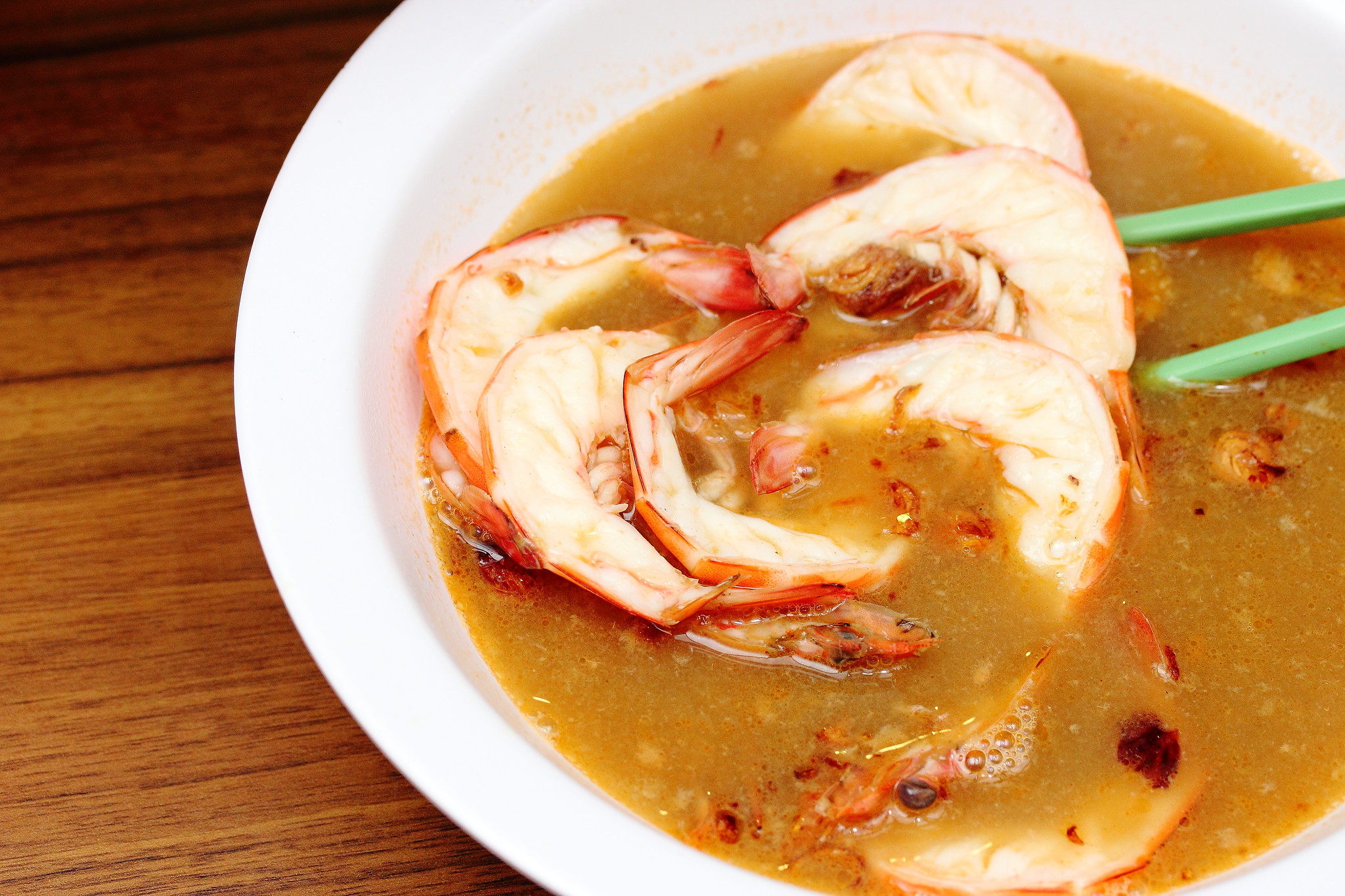 If you are those that prefer your prawn noodle soup to have that rich prawny flavour from cooking prawn head shells for long hours, then you may not like this. The soup here is lighter in taste with the flavour of the herby pork ribs being more distinct. The prawny flavour comes from cooking the AngKa prawns only when it is being served. 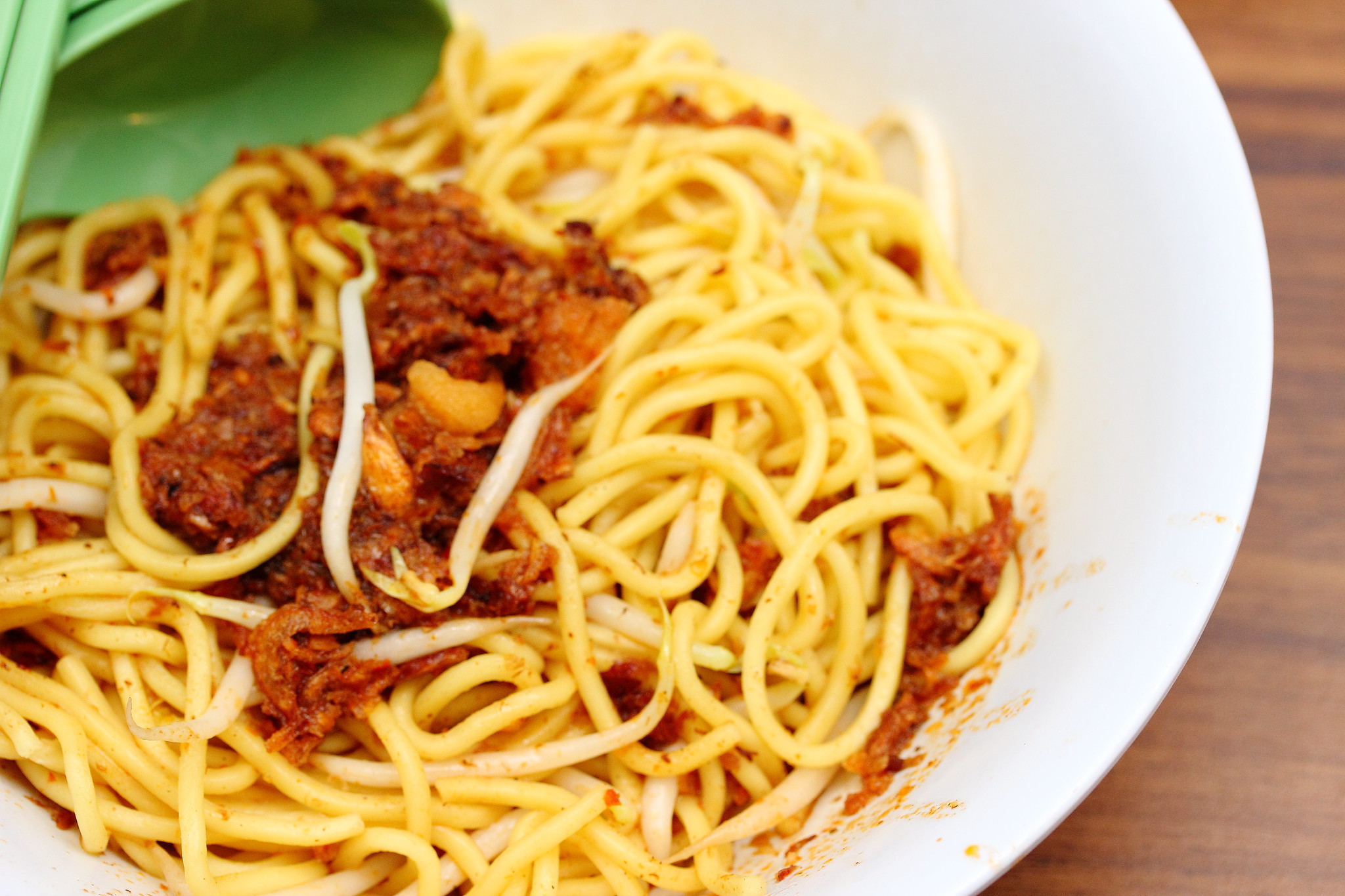 I personally would recommend going for the Dry Prawn Noodle. Whiy so because of the hae bee hiam sauce that is added to the noodle. Instead of the usual chilli sauce or oil, the hae bee hiam further accentuated the whole enjoyment of the noodles with its savoury and spicy kick. 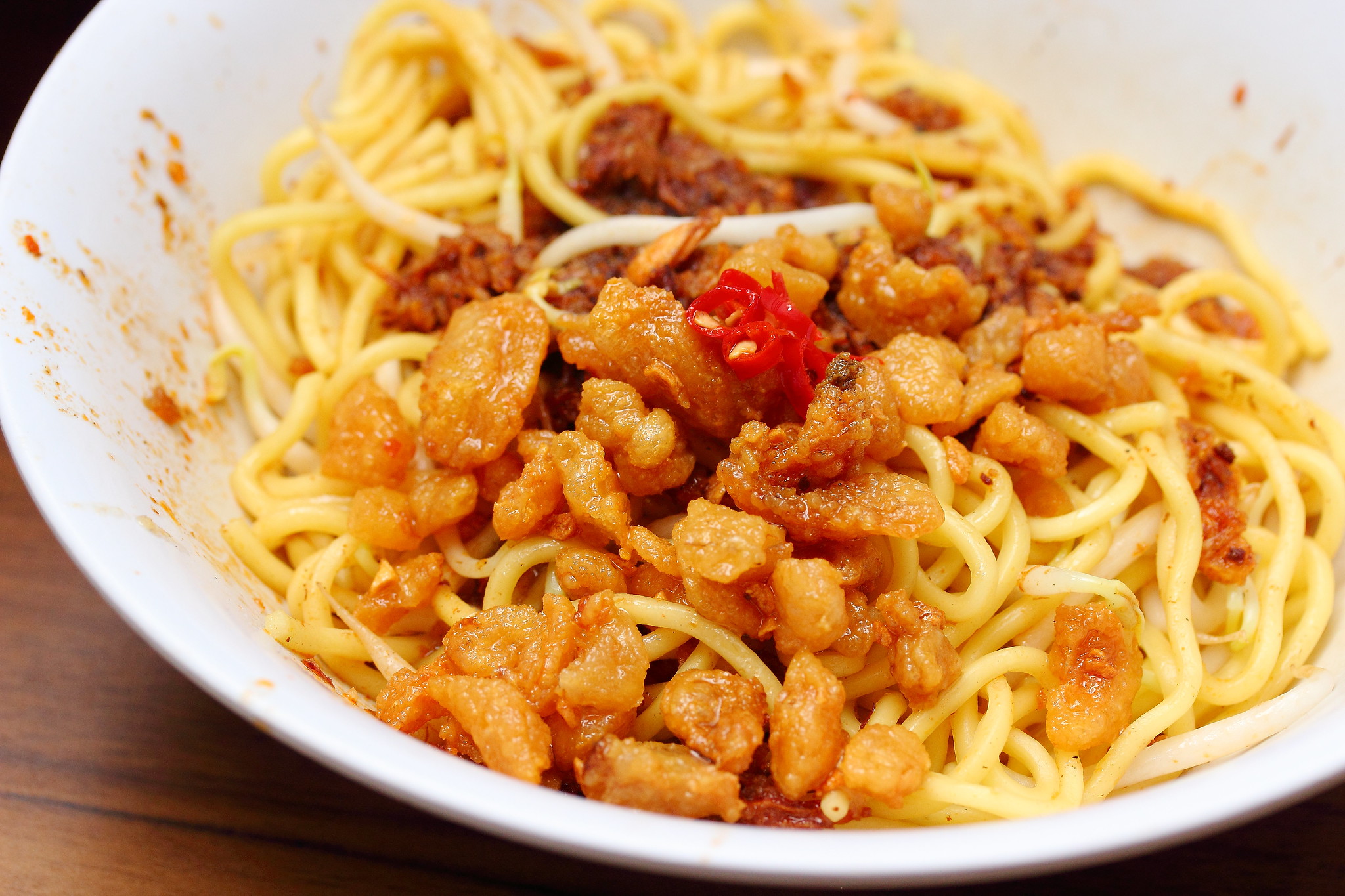 Not forgetting to add lots of pork lard to further perfume the noodles. The crispy and crackling pork lard not only give it a nice aroma but also another layer of textural enjoyment.

I used to like sucking the essence of the prawn's head but after being advise from many F&B owners about the breeding method nowadays, I don't do that anymore. Hence at Ah Hui Big Prawn Noodle their version is healthier by not using the prawn head shells. The soup is simmered around the clock with pork bones, herbs and some seasoning to achieve the flavourful and healthy bowl of soup.