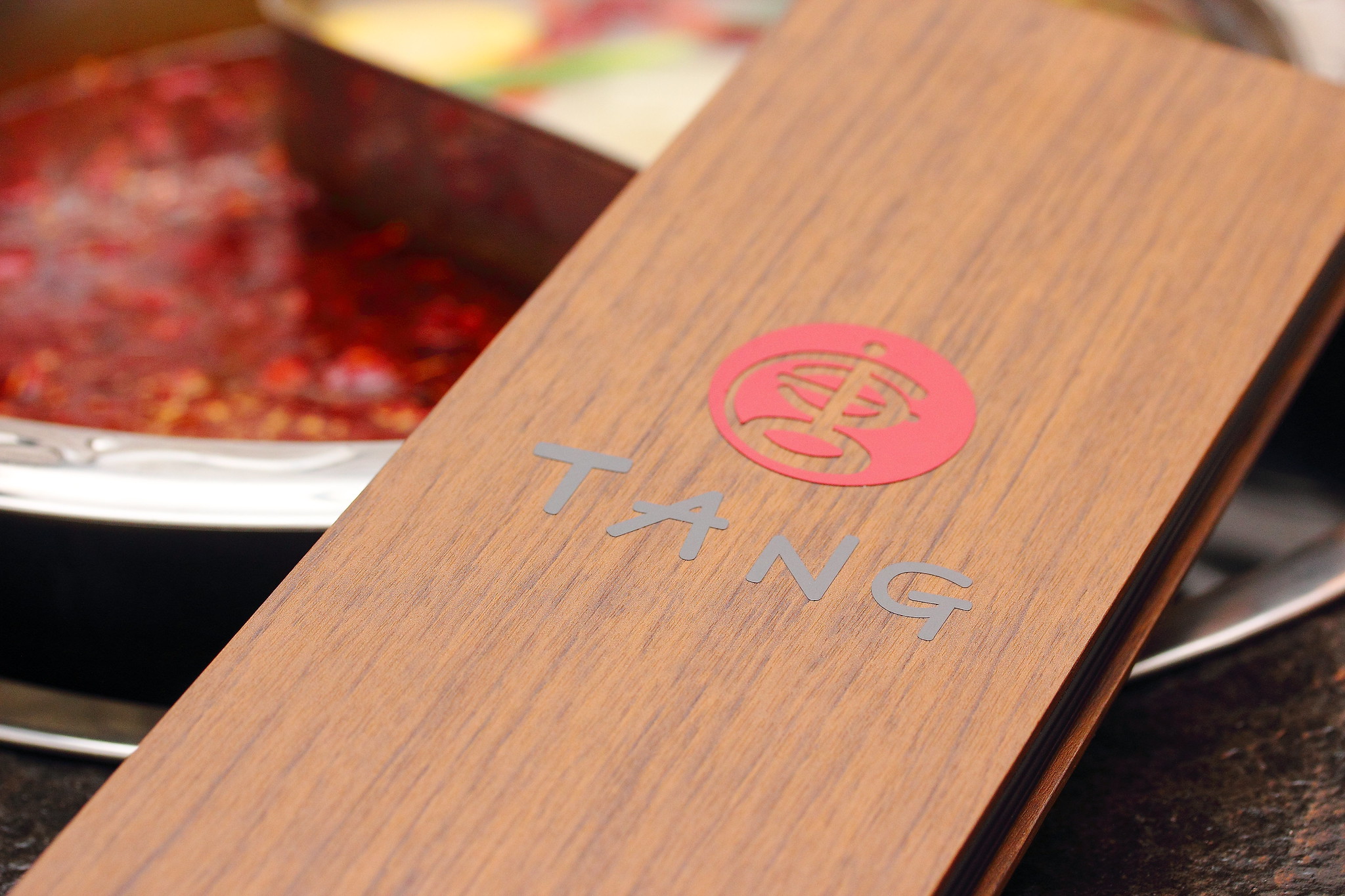 A new steamboat restaurant has opened its door along the stretch of Keong Saik Road. Tang's Steamboat Restaurant is the new kids on the block, directly opposite the popular zi char place, Kok Sen. Was the least than a month old steamboat restaurant up to the mark when it was visited by We Eat Too Much group consisting of Daniel Food Diary, Gninethree, Pinkypiggu, Rubbish Eat Rubbish Grow and me. 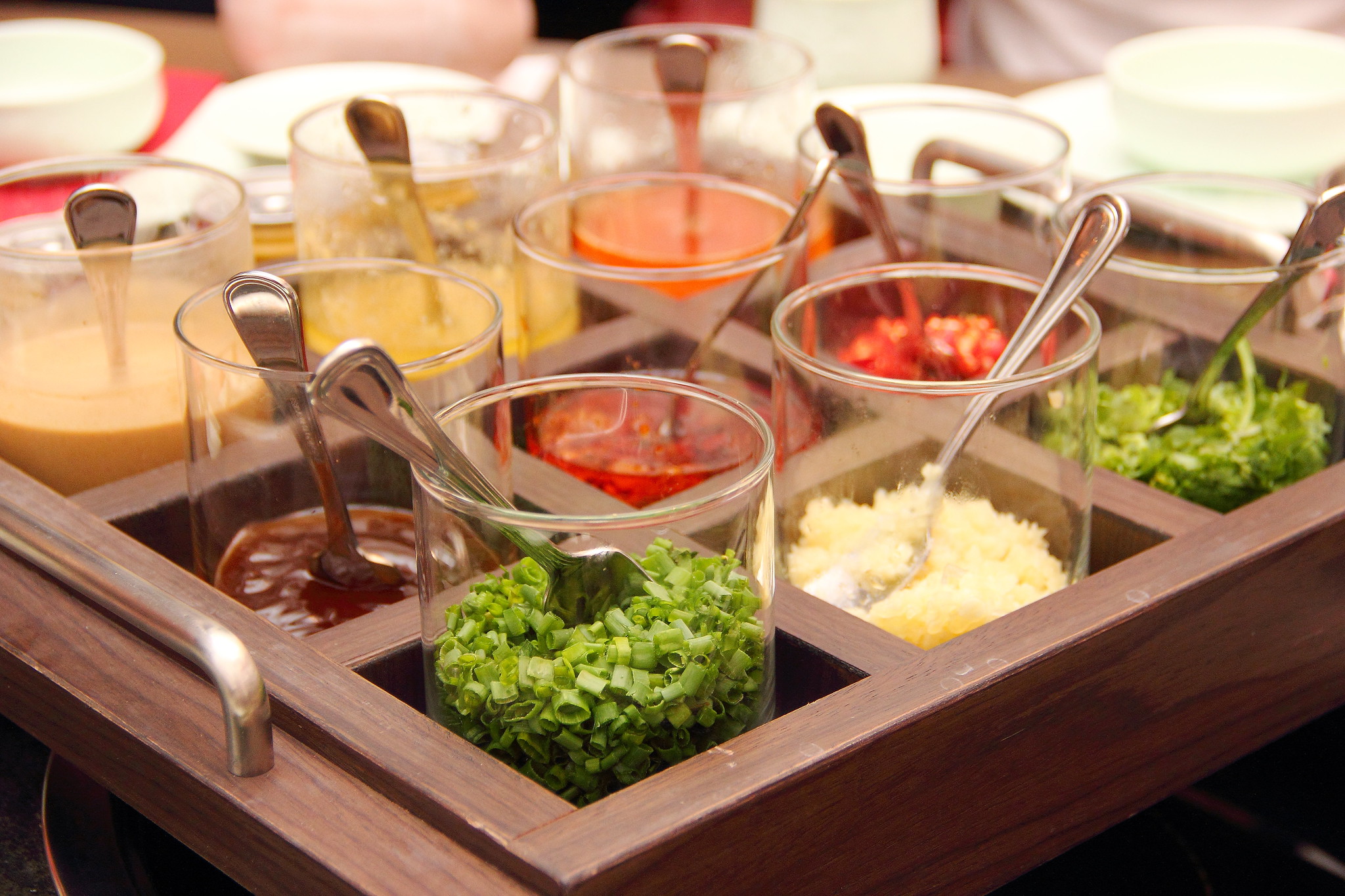 Before the ingredients for the steamboat is served, we are presented with an array of condiments where one can mix and match to create their own dipping sauce. 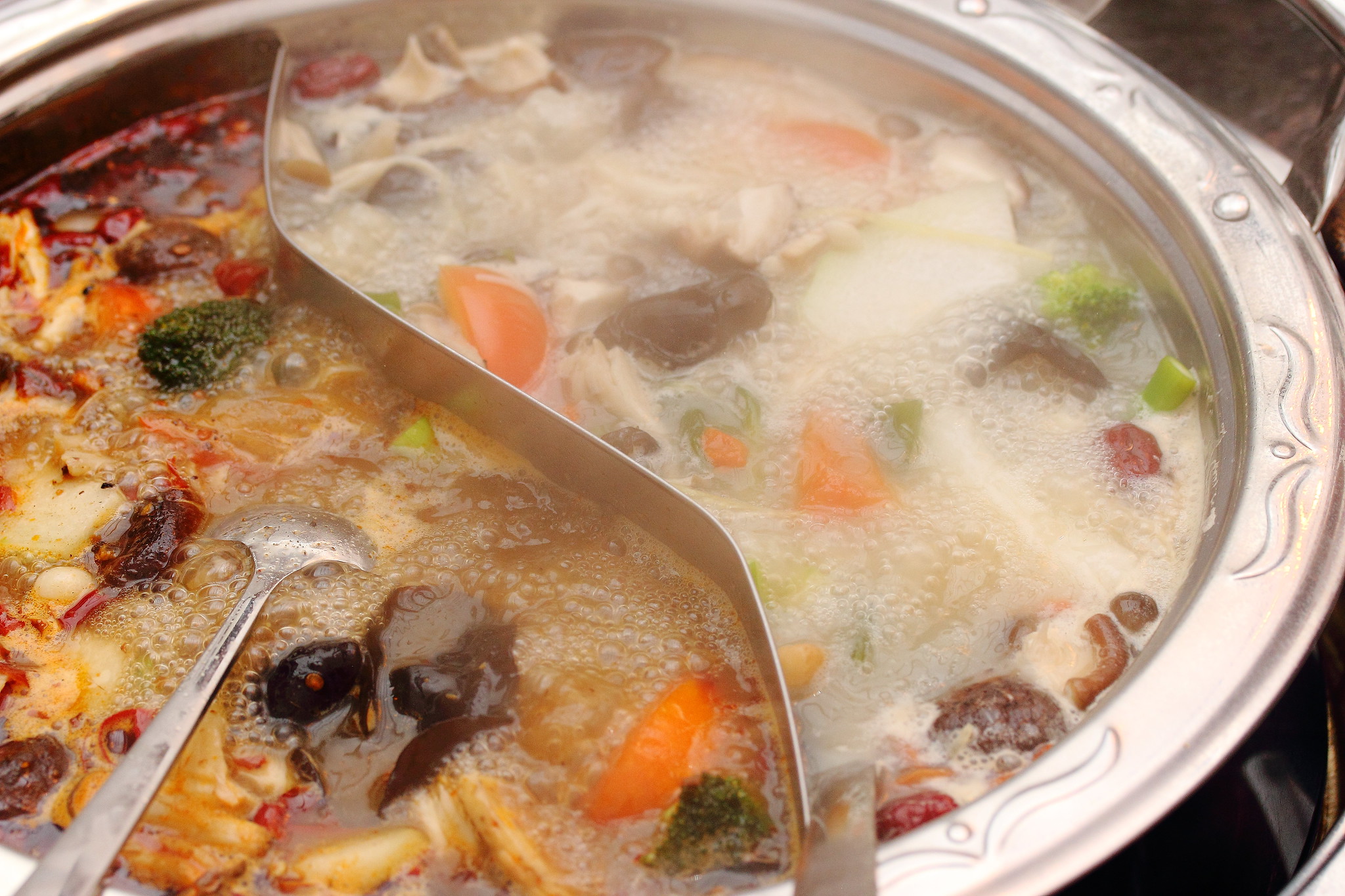 Tang's Steamboat Restaurant offers 3 types of soup bases. The Authentic Szechuan Spicy Soup, House Special Fish Soup and Beauty Tomato Soup. We went for the szechuan spicy soup and fish soup. It was a good recommendation by the service staff. The szechuan spicy soup really has the ma la numbness effect while the soup fish was light but flavourful. 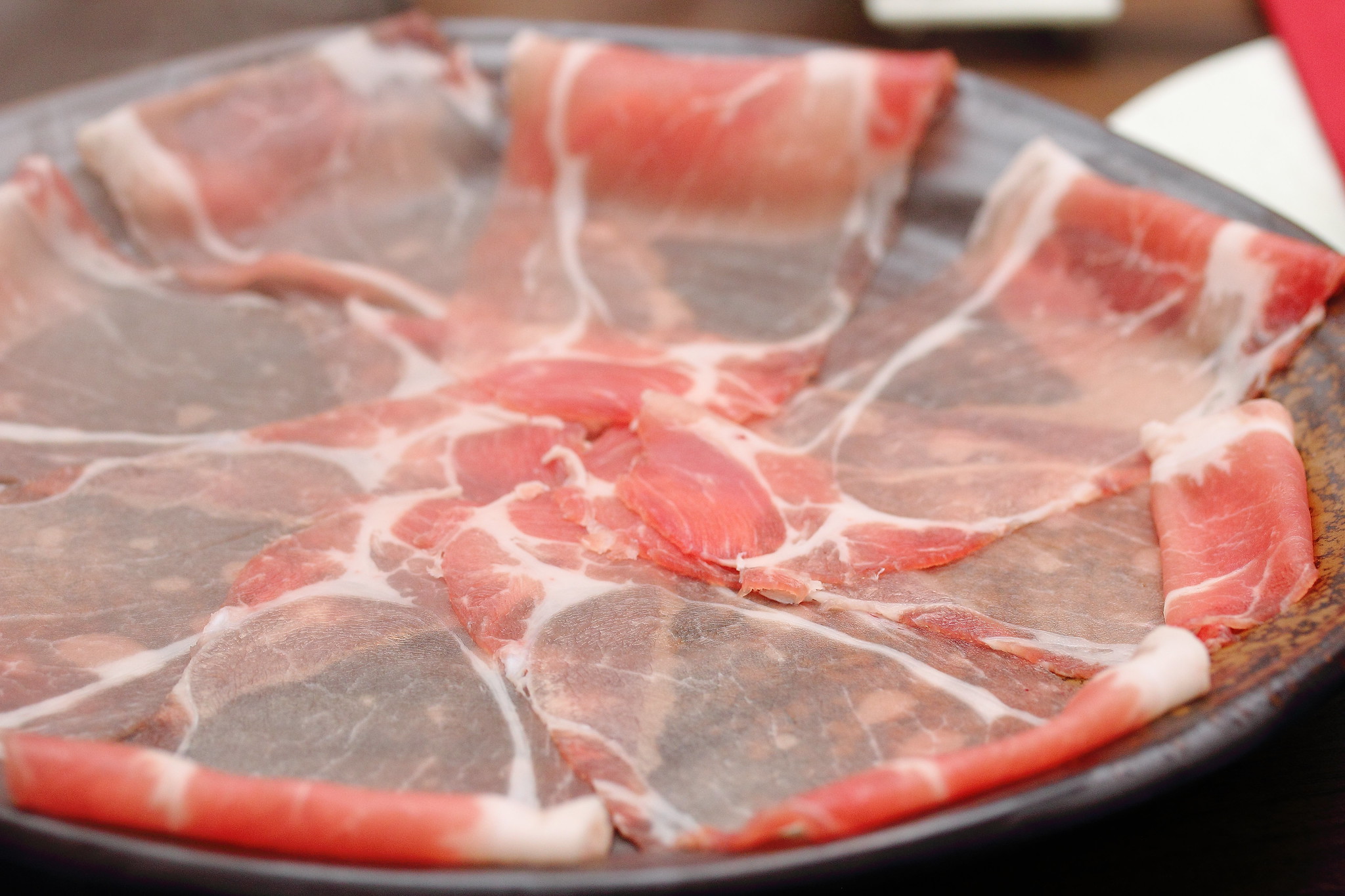 Tang's Steamboat offers both set and a la carte on their menu. After browsing through the menu for while we decided to order a Premier Set ($89++ for 2pax) with 11 courses and a Economic Set ($69++ for 2pax) with 8 courses. 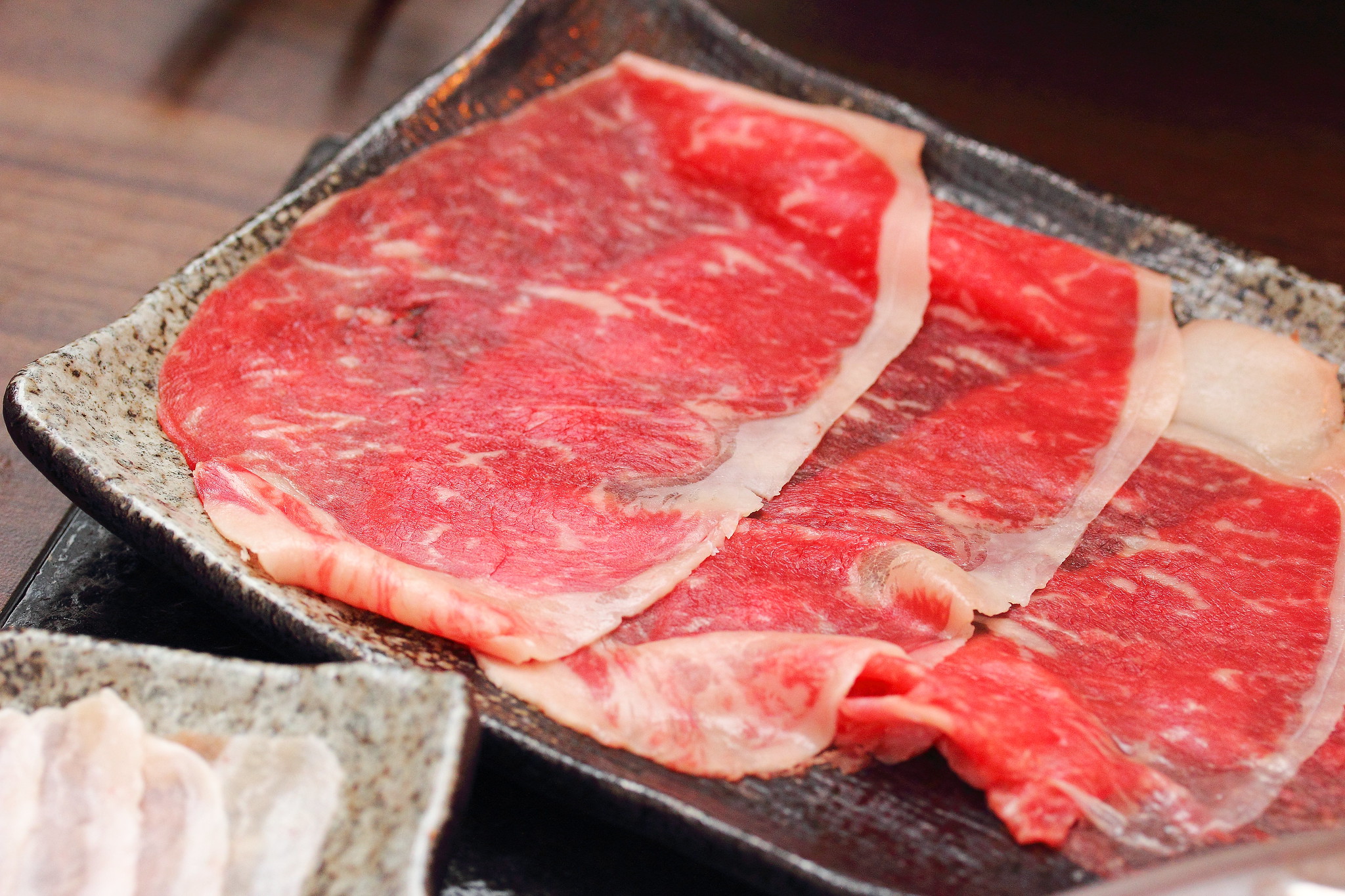 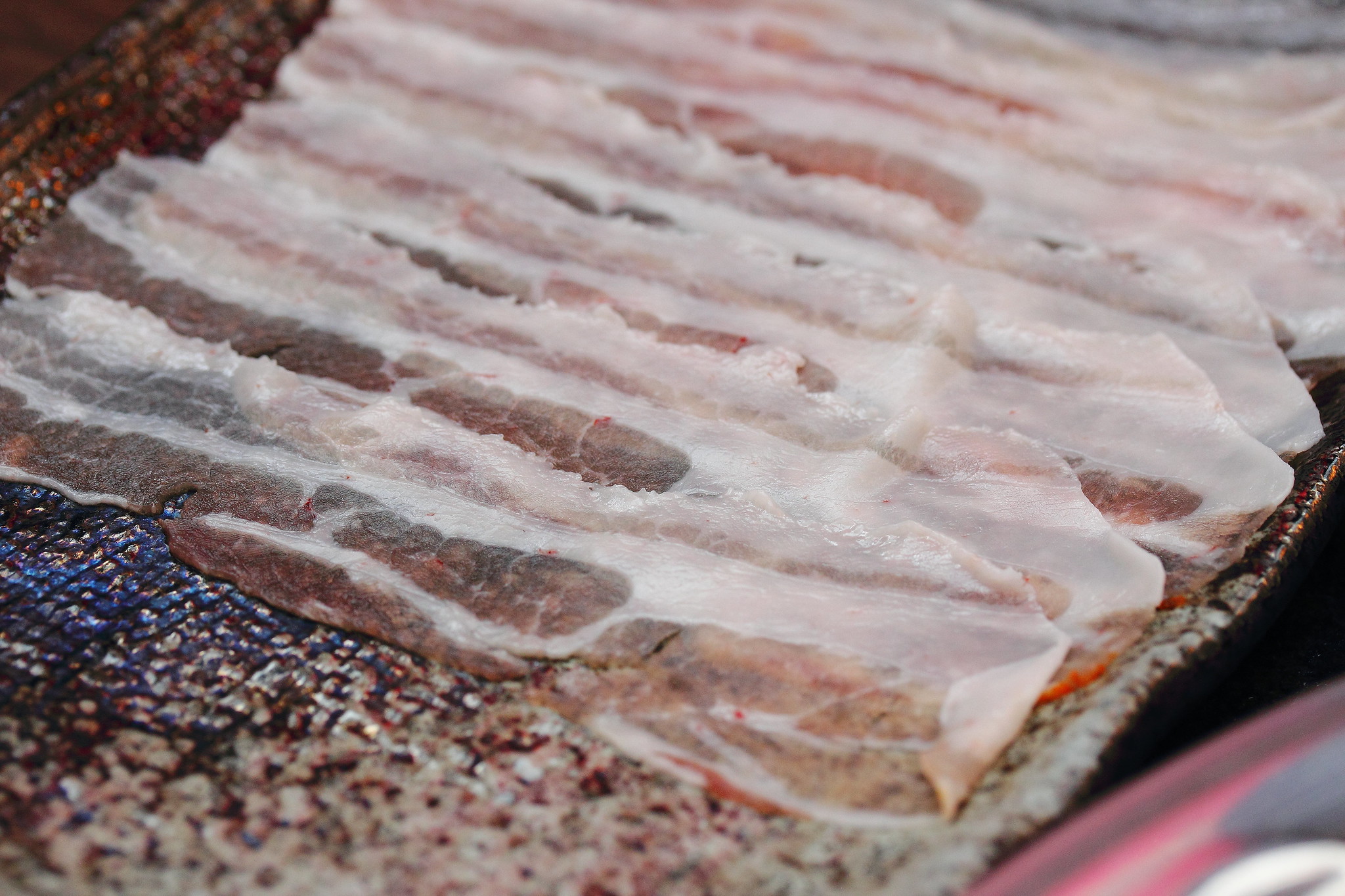 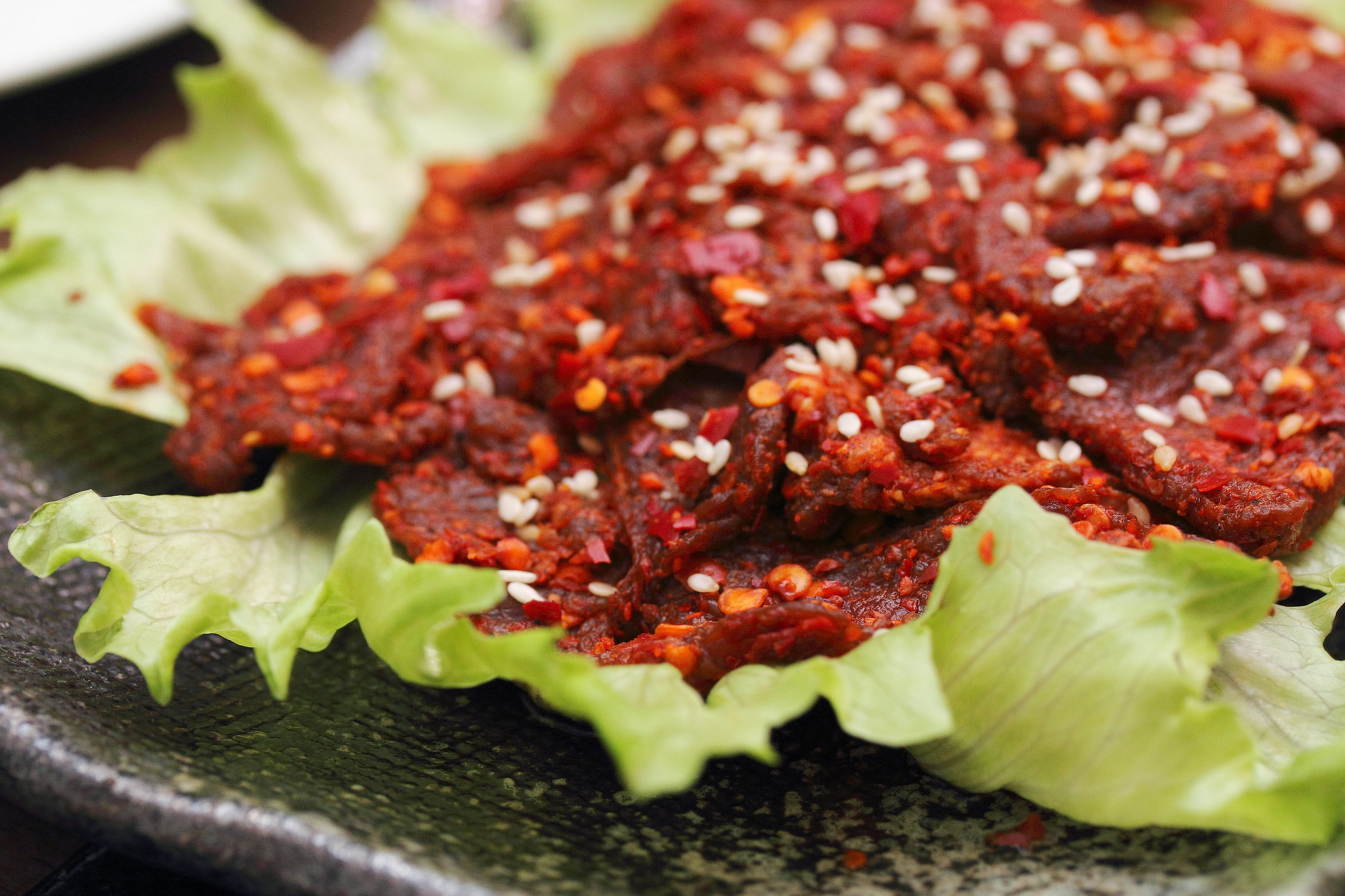 The premium set comes with a AUS Wagyu and JAP pork belly Momoiro while the economic set comes with US Kurobuta Pork and AUS Beef Striplion.When the meats were served, everyone of us have that stunned look on our face. They were all so thinly sliced that we can even see the plate. I doubt Singaporean would appreciate that and definitely not us that we gave our feedback on the spot to the owner. 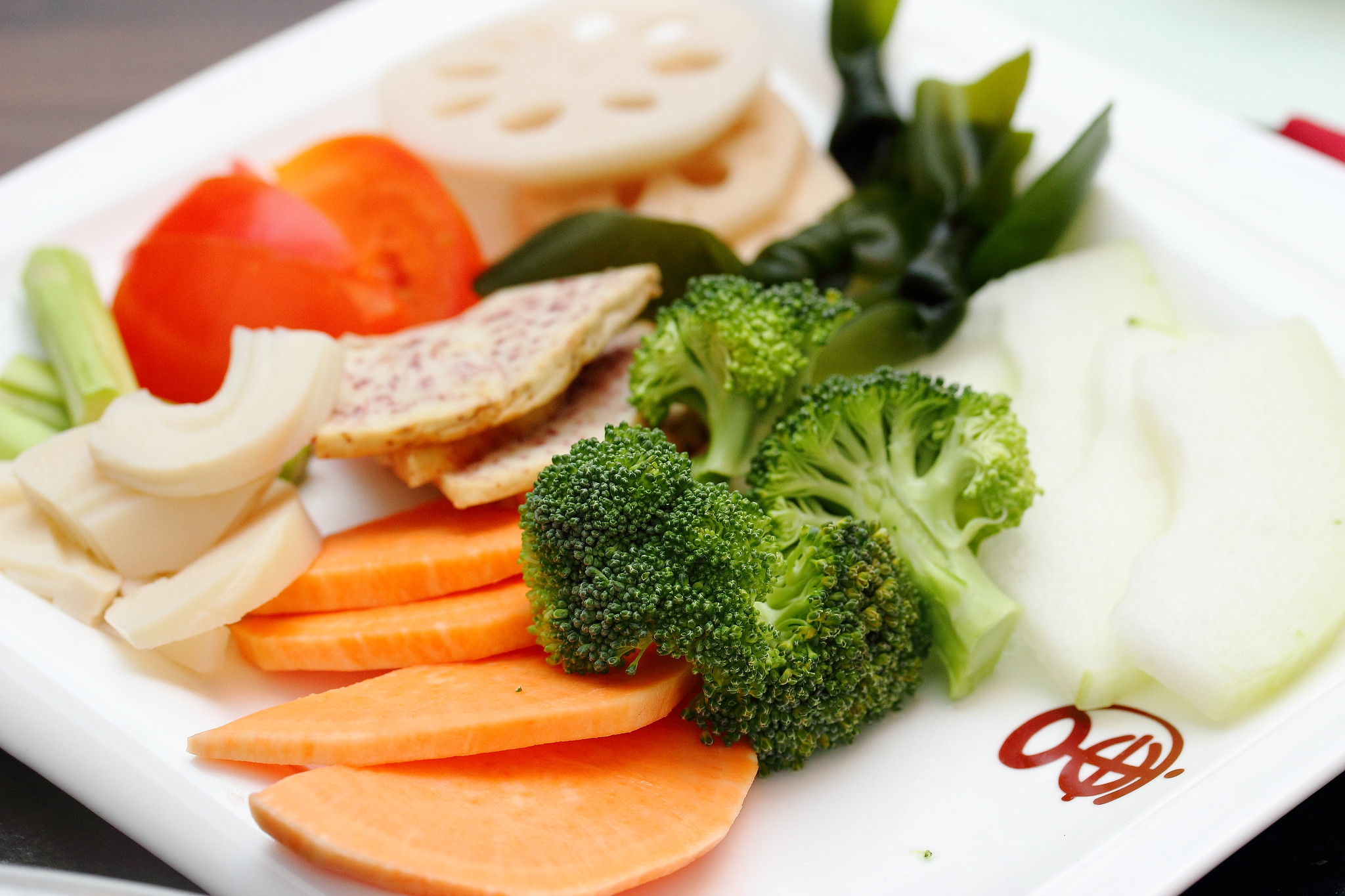 The sets do come with a Vegetable Platter each but to be frank where are my greens? except a few small crown of broccoli, some strands of seaweeds and some small stalk of vegetable stems. I think they can be more generous. 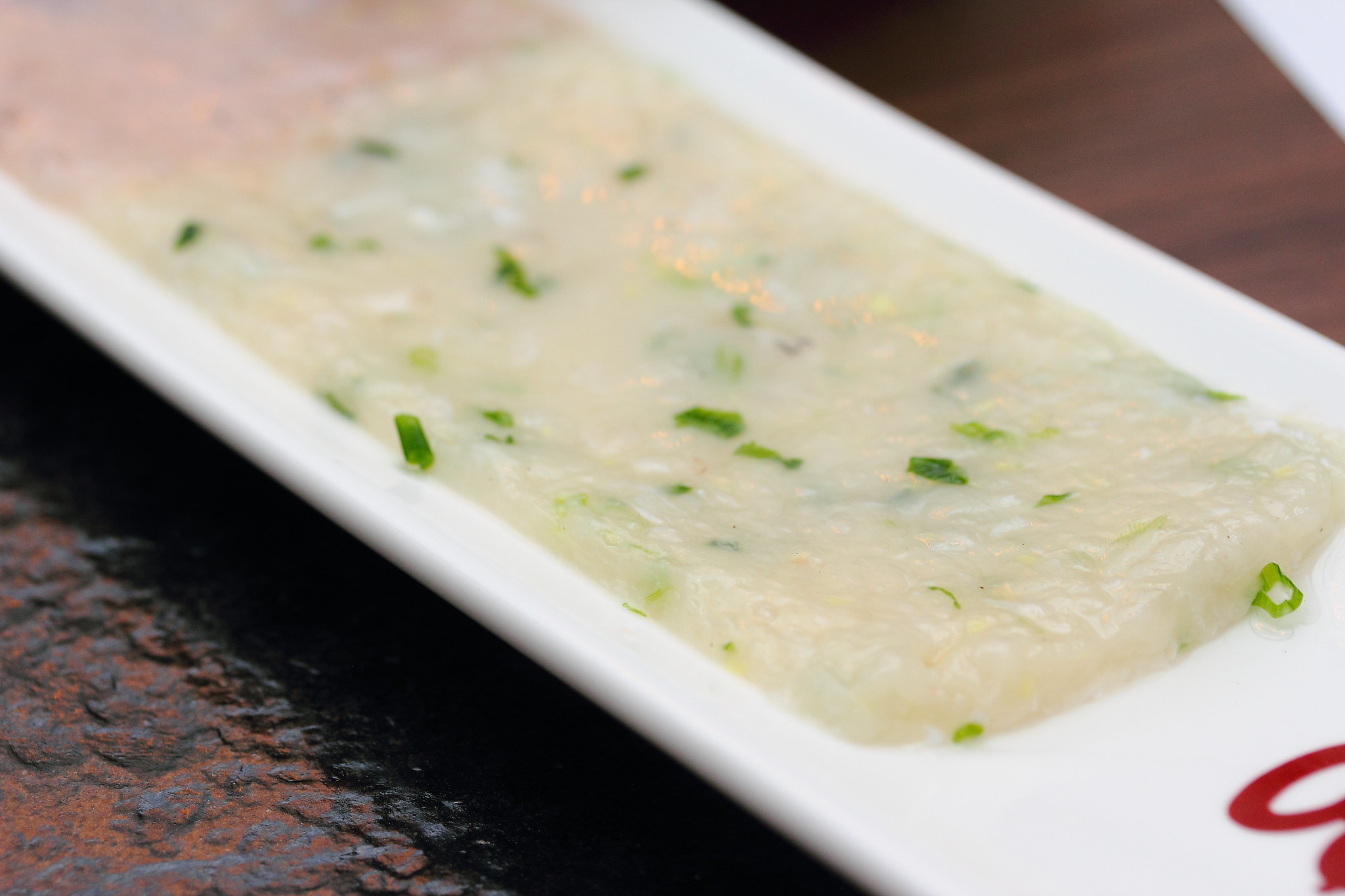 The sets also comes with a choice of different pastes. One can choice from the choice of Fish Paste, Shrimp Paste or Spinach Cuttlefish Paste. This is one of the few dishes that I think they did well. 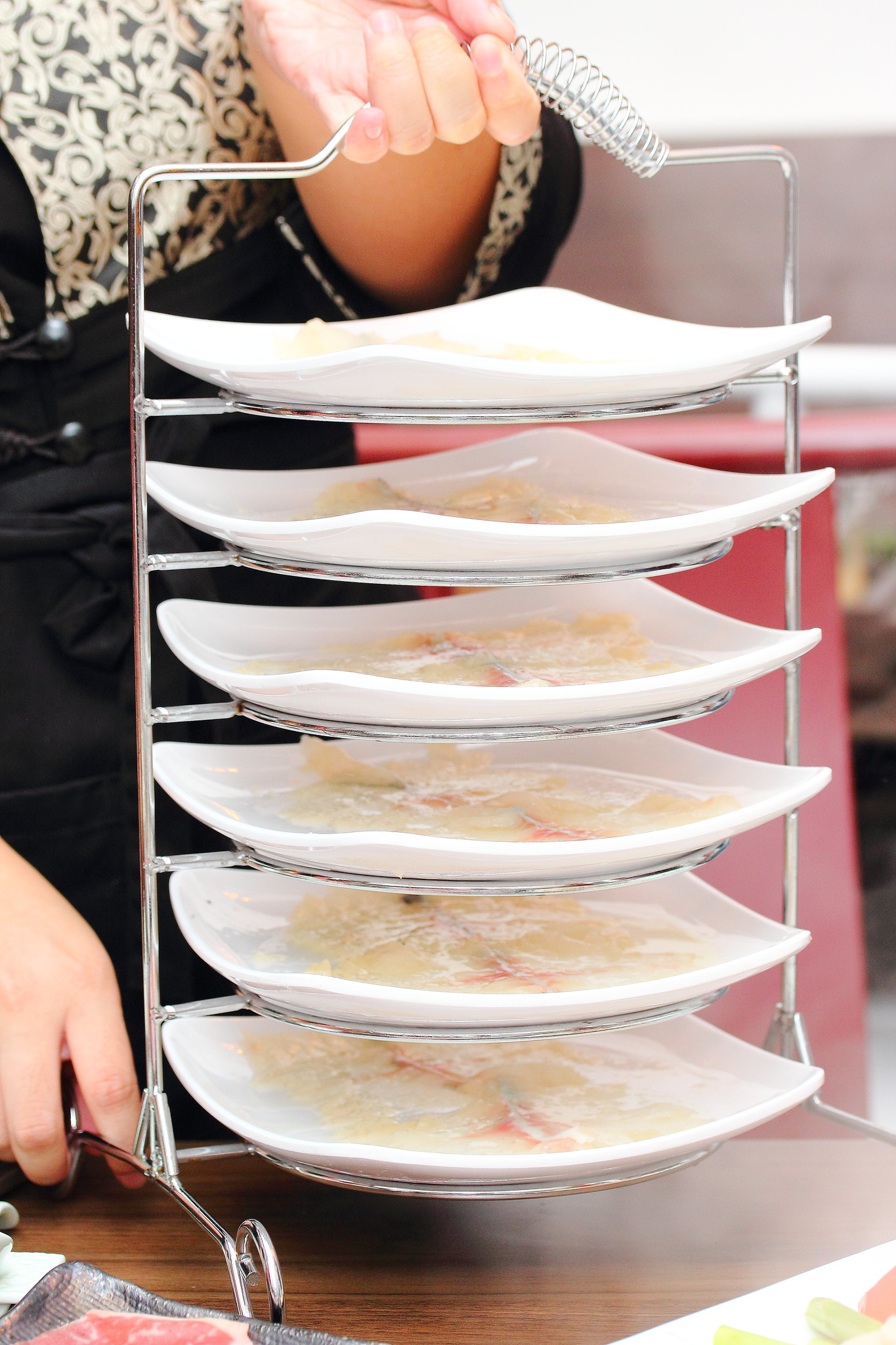 The Sliced Fish is actually served in a tray tower. It is quite magnificent in sight. Not only visual, the freshly sliced fish was beautiful in taste and texture too. 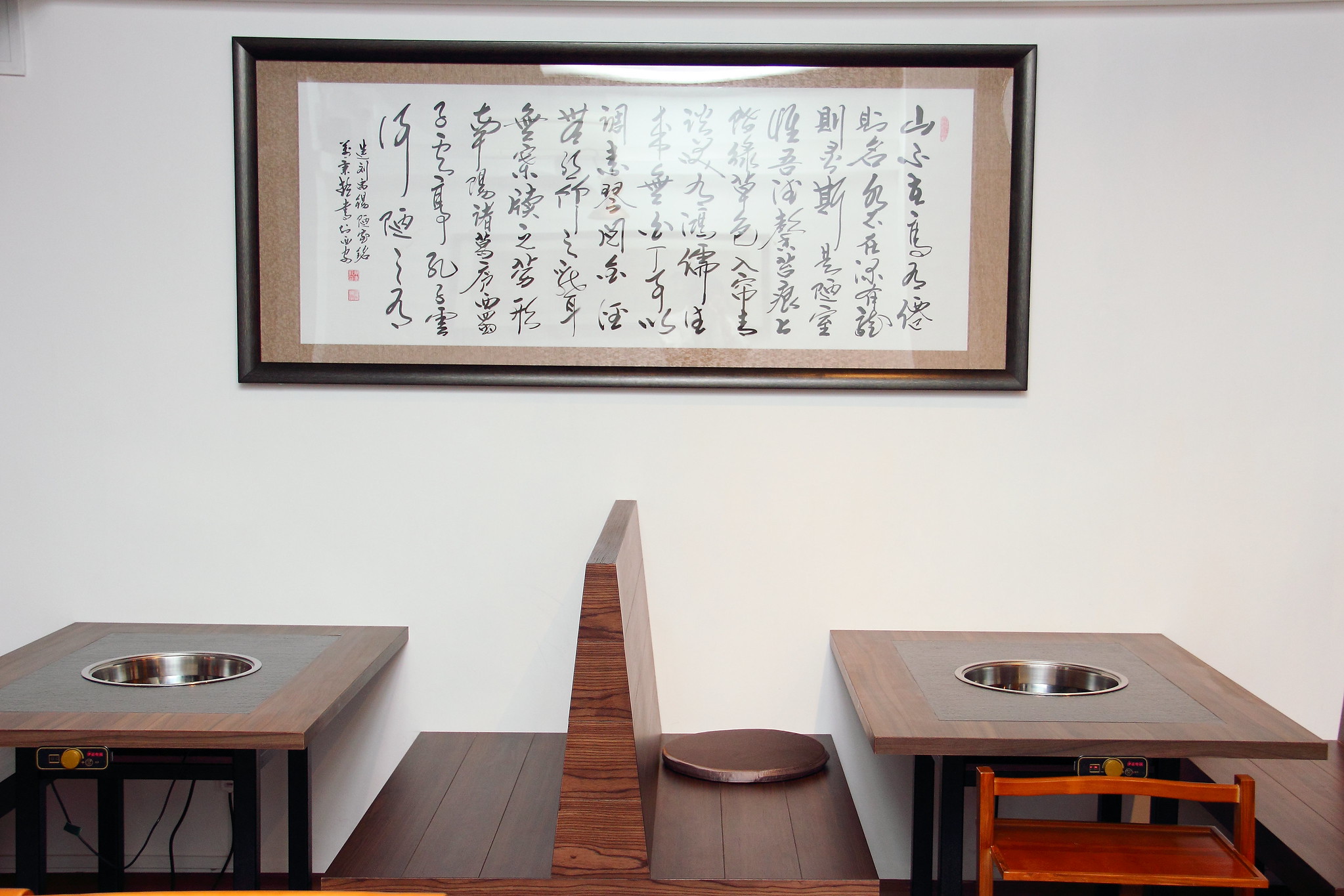 Overall I find that Tang's Steamboat Restaurant has quality but lack the quantity that patrons will expect. The thinnest of the meat has to be remedy, It is a hotpot place not shabu shabu. Even shabu shabu has thicker slices of meat. While Singaporeans or Chinese love eating steamboat, it is also very competitive in Singapore with the number of steamboat restaurants around the island. Tang's Steamboat still has a long way to go to be one of our or at least my choice of restaurants to go for steamboat.

Opening Hours:
Tue-Sun: 11am to 12midnight
(Closed on Mon)