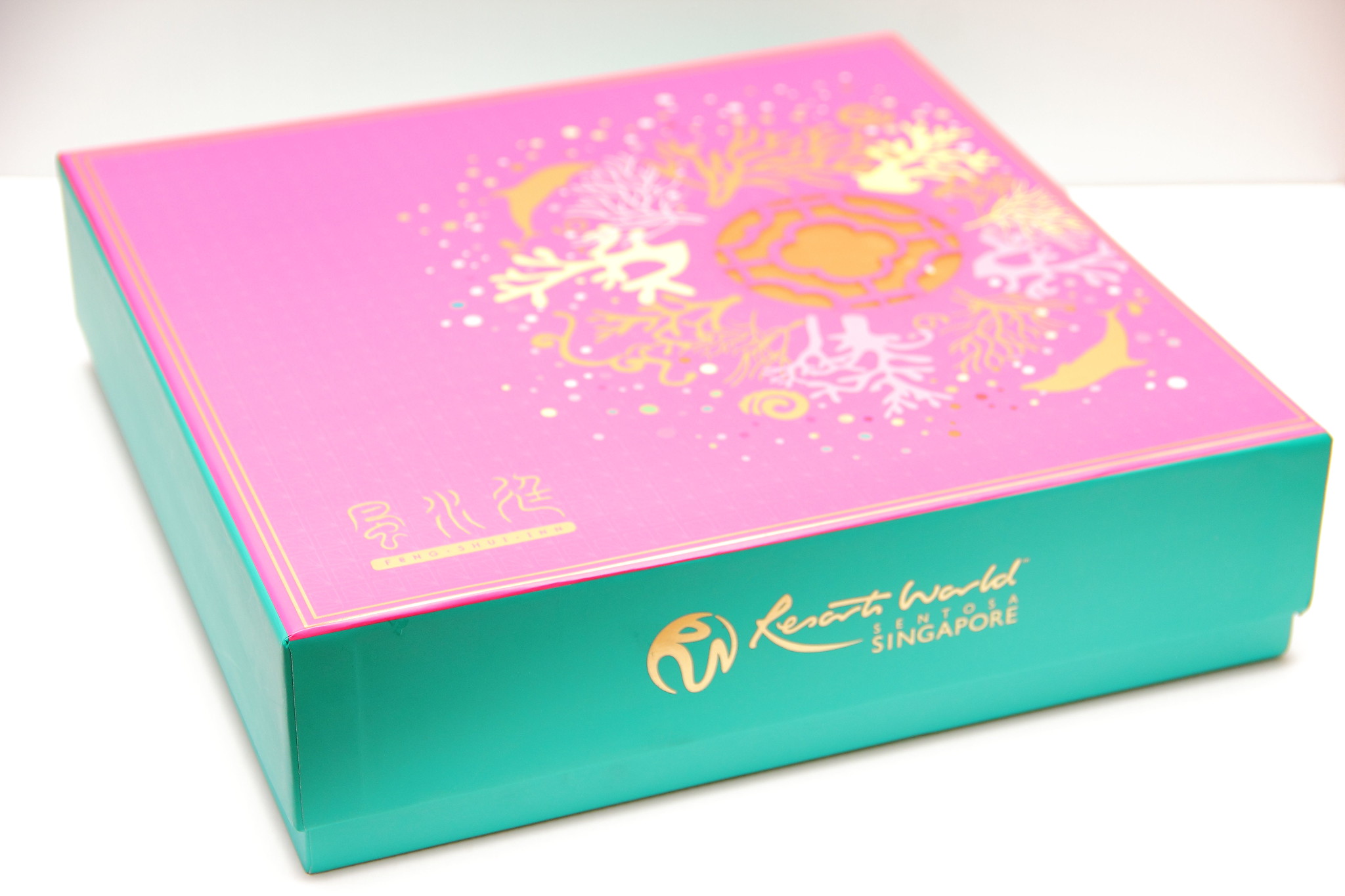 To celebrate this year's Mid-Autumn Festival, a traditional Chinese tribute to the full moon and season of harvest, Feng Shui Inn at Resorts World Sentosa is presenting a selection of mini mooncakes in unique flavour combinations that is not of the norm. For the first time, the authentic Cantonese restaurant is offering three variations of the traditional pastries by using mooncakes' skin of different textures, as well as pairing unusual ingredients together to create an assortment of meticulously handcrafted treats. 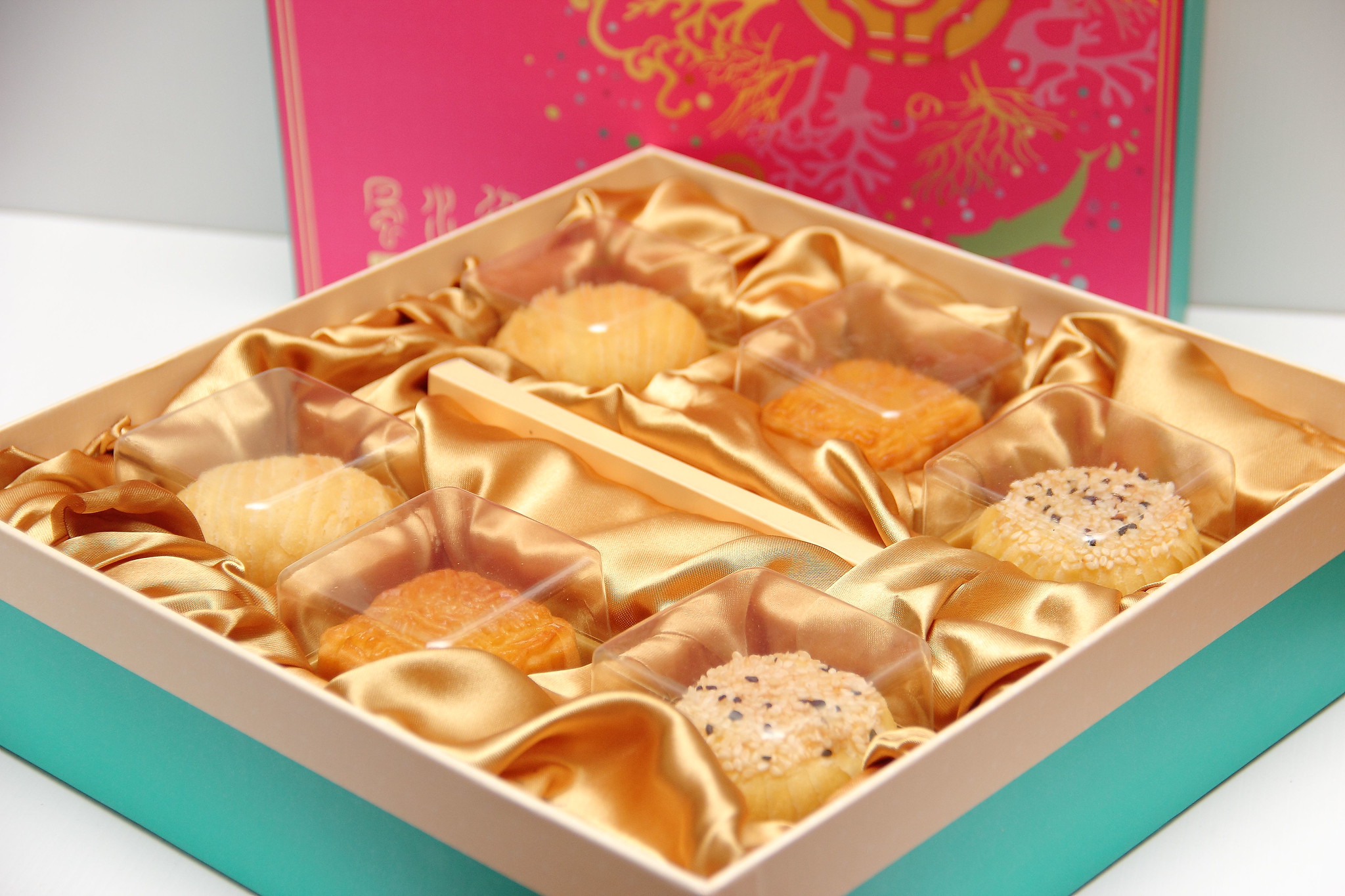 Back by popular demand, Feng Shui Inn is bringing back last year's melt in the mouth flaky crust mooncakes but with the additional of black and white sesame seeds to the base of the mooncakes with a bolder flavours.
The handback flaky crust mooncakes come in two exciting pairing flavours - the Flaky American Ginseng & Coconut Mooncake as well as the Flaky Lotus Roots & Buter Mooncake. 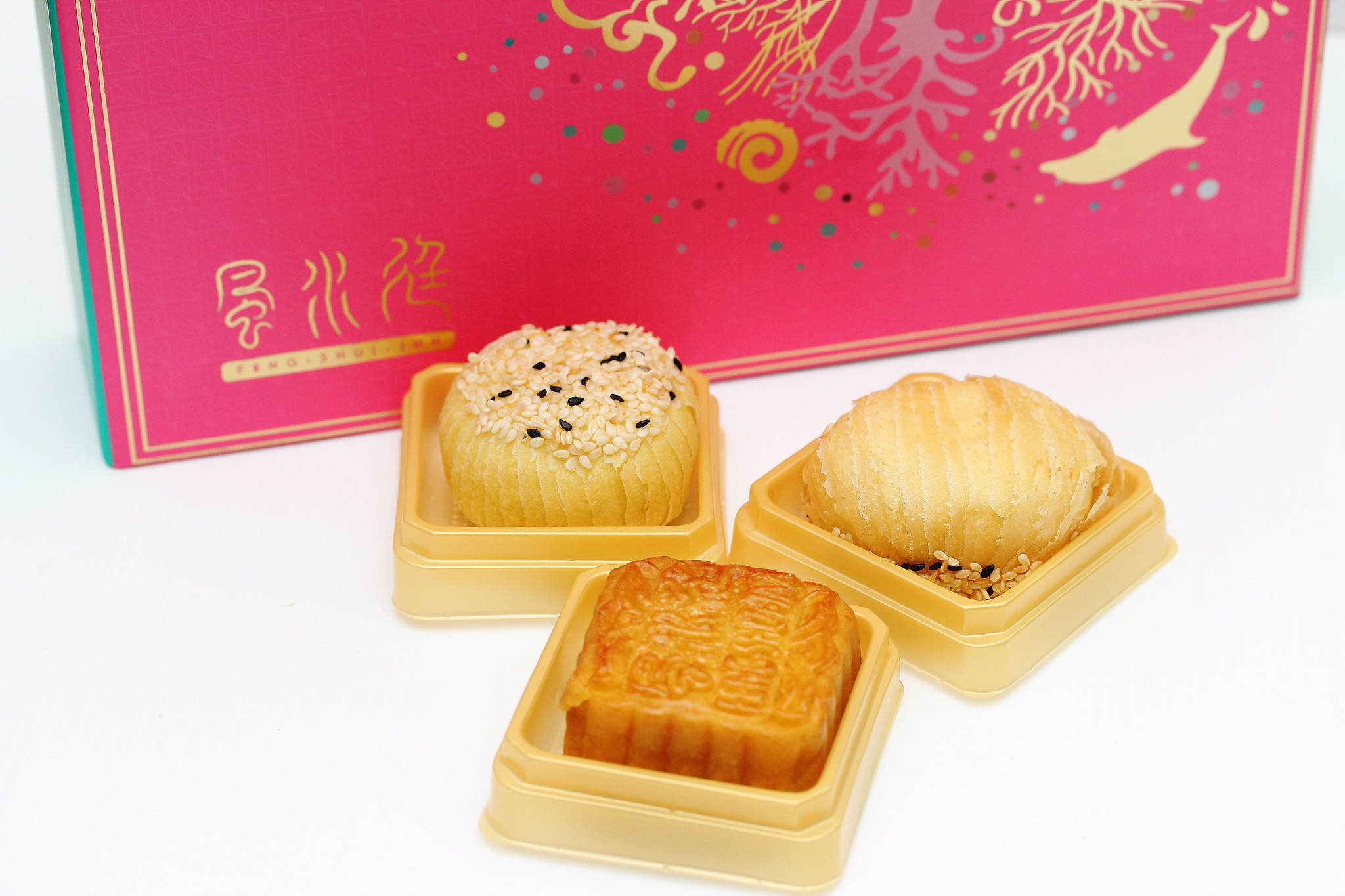 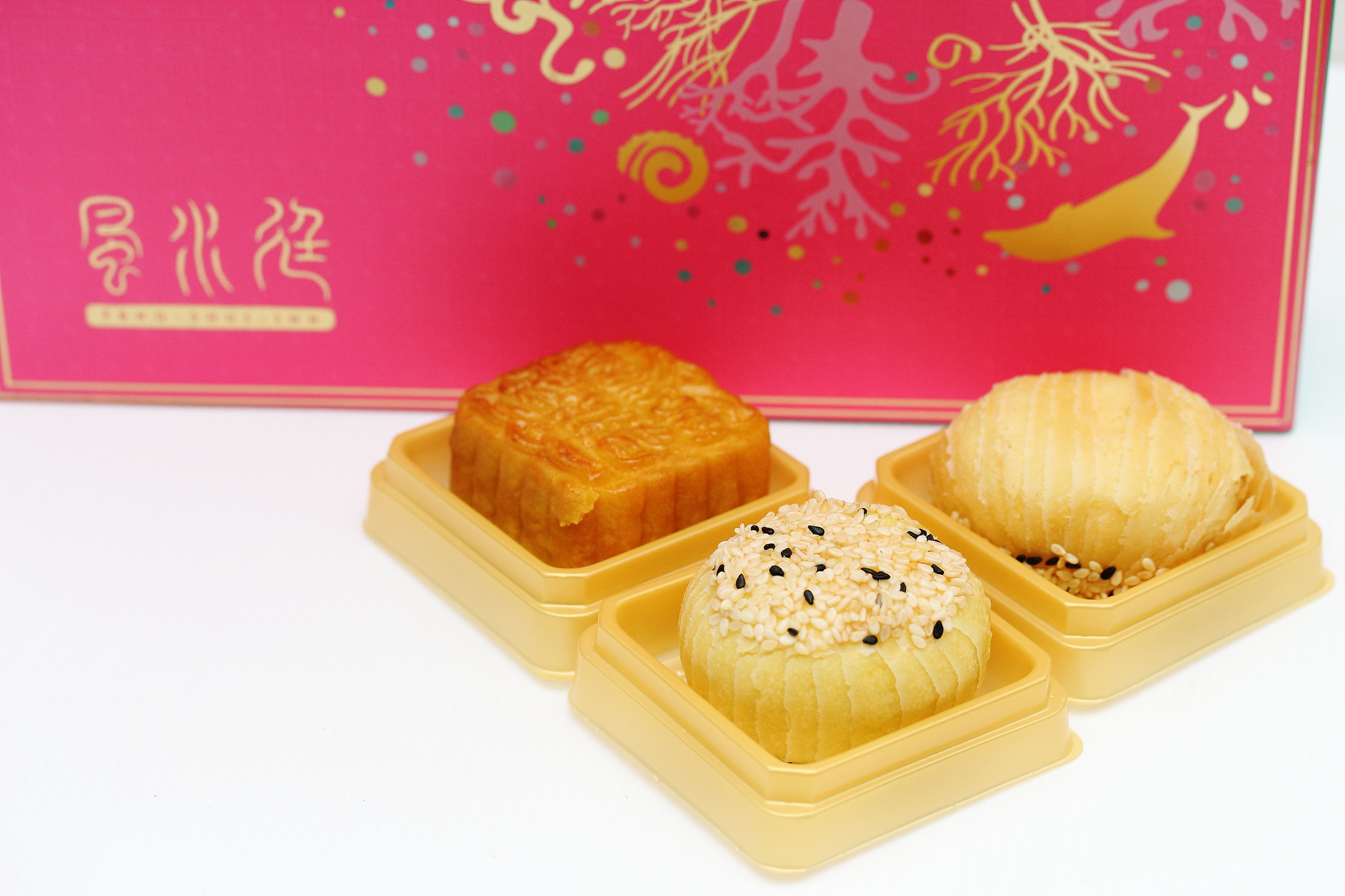 All mooncakes are available at Feng Shui Inn, Crockfords Tower, level G2 and Asian Deli, Festive Hotel Lobby from 15 August to 8 September 2014. Feng Shui Inn's Premium Box mooncakes priced at $62 comes in 6 pieces and contains 2 flavours of each kind while the RWS Baked Treasures Mooncakes priced at $56 per box contains 4 different traditional baked skin mooncakes.
Posted by DerrickTan at 12:38 AM