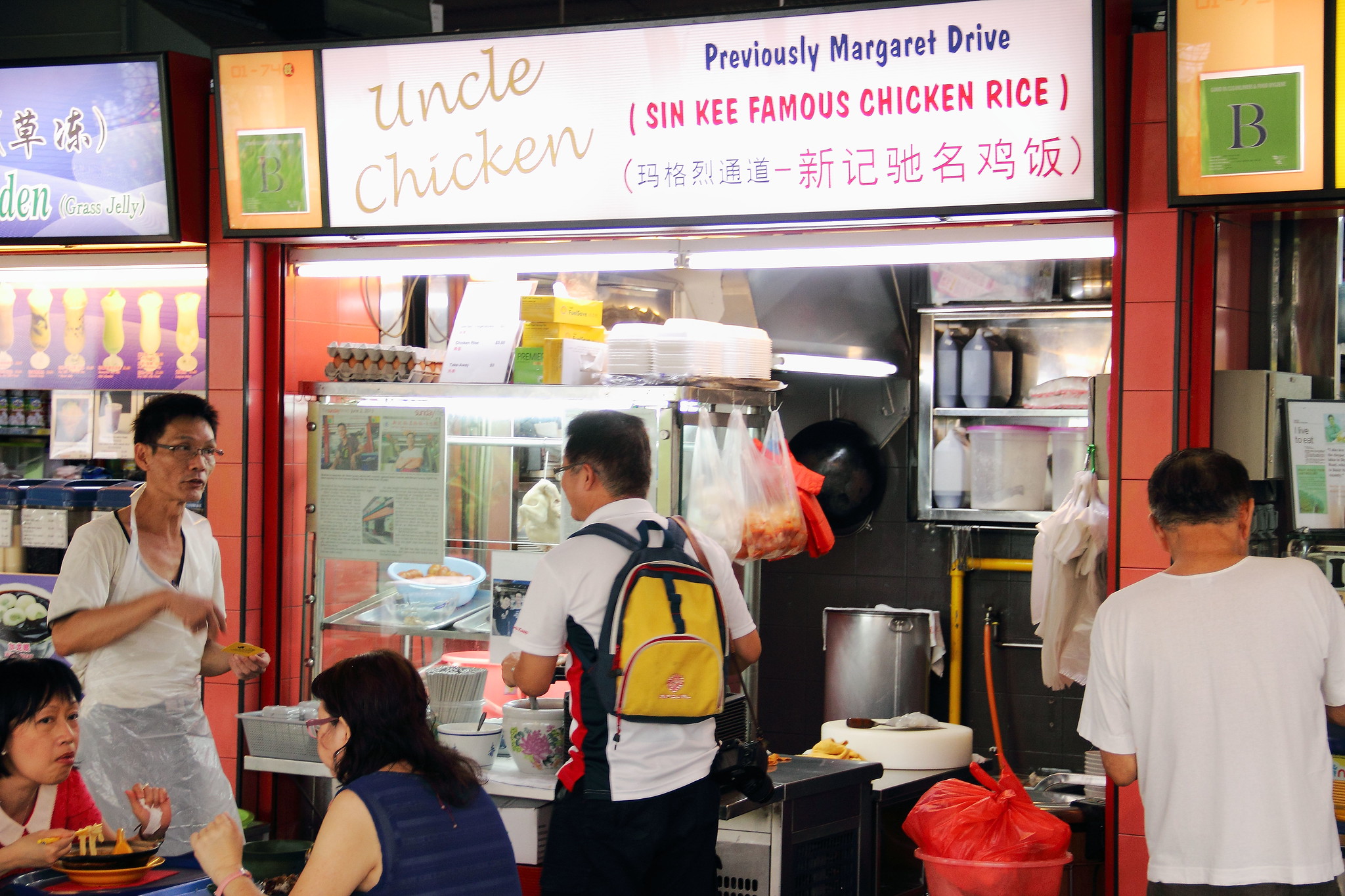 When Margaret Drive Hawker Centre was demolished to make way for new development in the Queenstown area, many hawkers have moved on and settled at different hawker centres around the island. One stall that I used to frequent when Margaret Drive hawker centre was still around is Sin Kee Chicken Rice. Now the 2 sons of the former stall owner runs their own individual chicken rice stalls at Mei Ling Food Centre and Alexandra Village Food Centre. 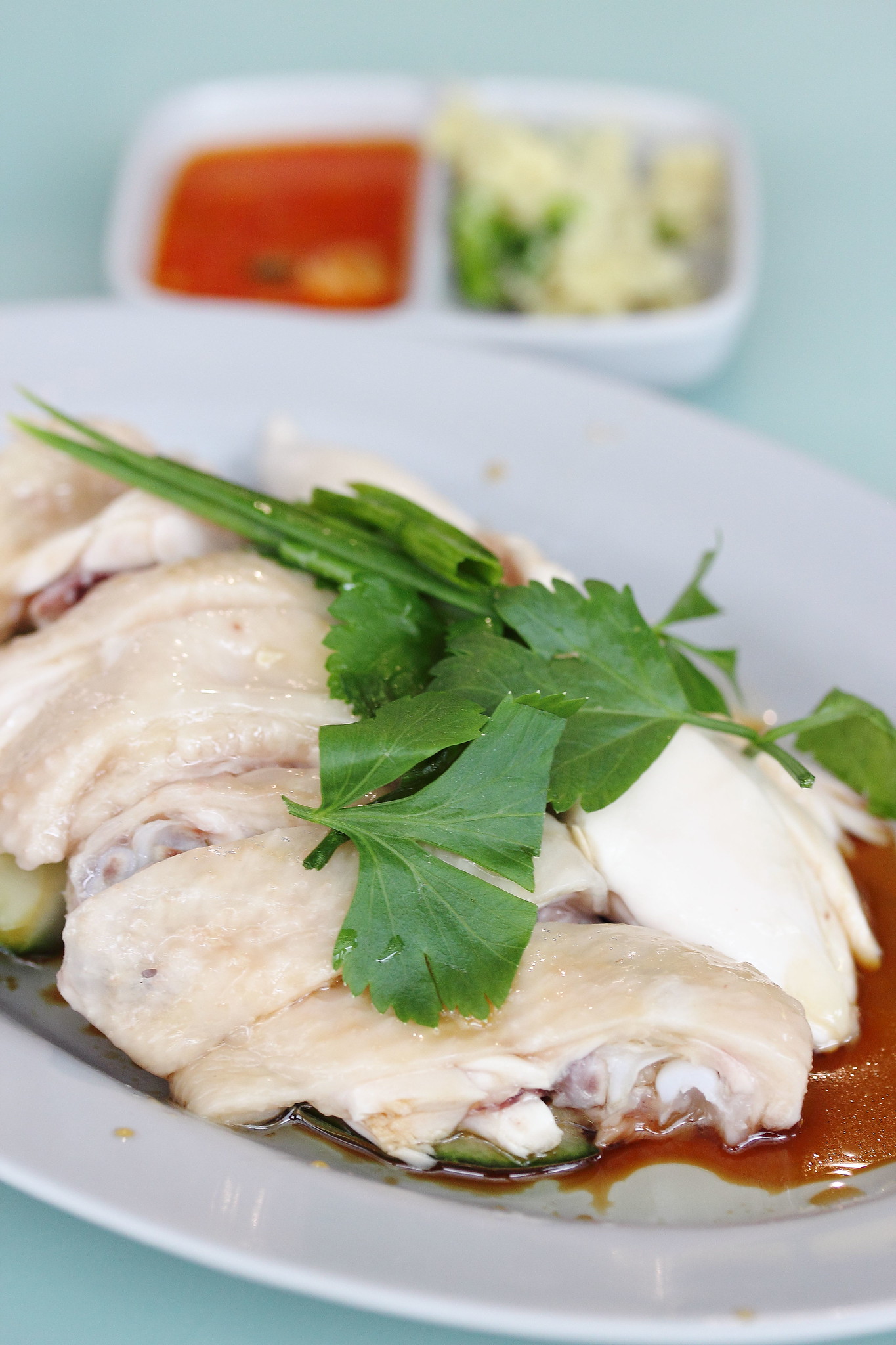 I paid a visit to Alexandra Village Food Centre and met Niven the owner of Uncle Chicken. He has decided not to use his father's brand but continued to cook and prepare his chicken rice the same way as what his dad used to do. The poached chicken is still natural dry. He also shared with us that he has specially requested for the last batch of chicken that is slaughtered from his supplier. 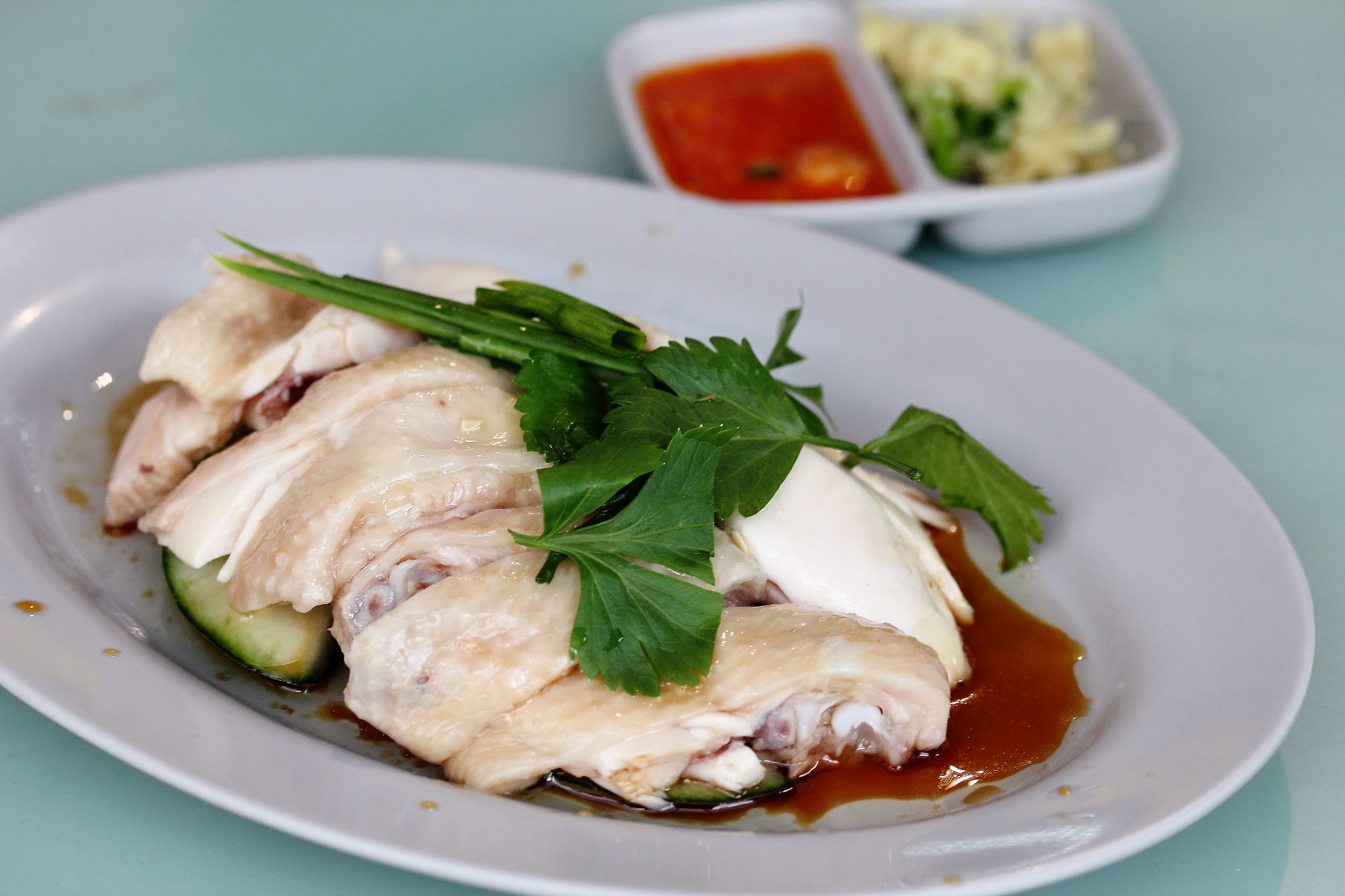 I ordered a plate of Chicken Rice ($3.50) to try. The first thing we noticed is Niven's chopping skill. The clean cutting helps to preserve the moisture of the meat. While the chicken meat is tender and moist, I felt it was slightly over. The rice is cooked using the same water to boil the chicken, plus shallot and garlic. The rice was fragrant and fluffy, one of the better one I have eaten. While I enjoyed both the rice and chicken meat, I did not like the soya sesame sauce that was drizzled over the chicken meat, it was too salty masking the sweetness of the meat. You may want to ask Niven to go easy with the sauce in your next visit.

Another worthy note is the chilli, ginger and scallion dip. Not many has done it this way anymore. Unlike those diluted versions out there, this is the real deal and packs a punch. Letting you in to another secret. Niven kept a special blend of the chilli sauce just for his regular customers and this really kick ass. You may try your luck and ask for it in your next visit.