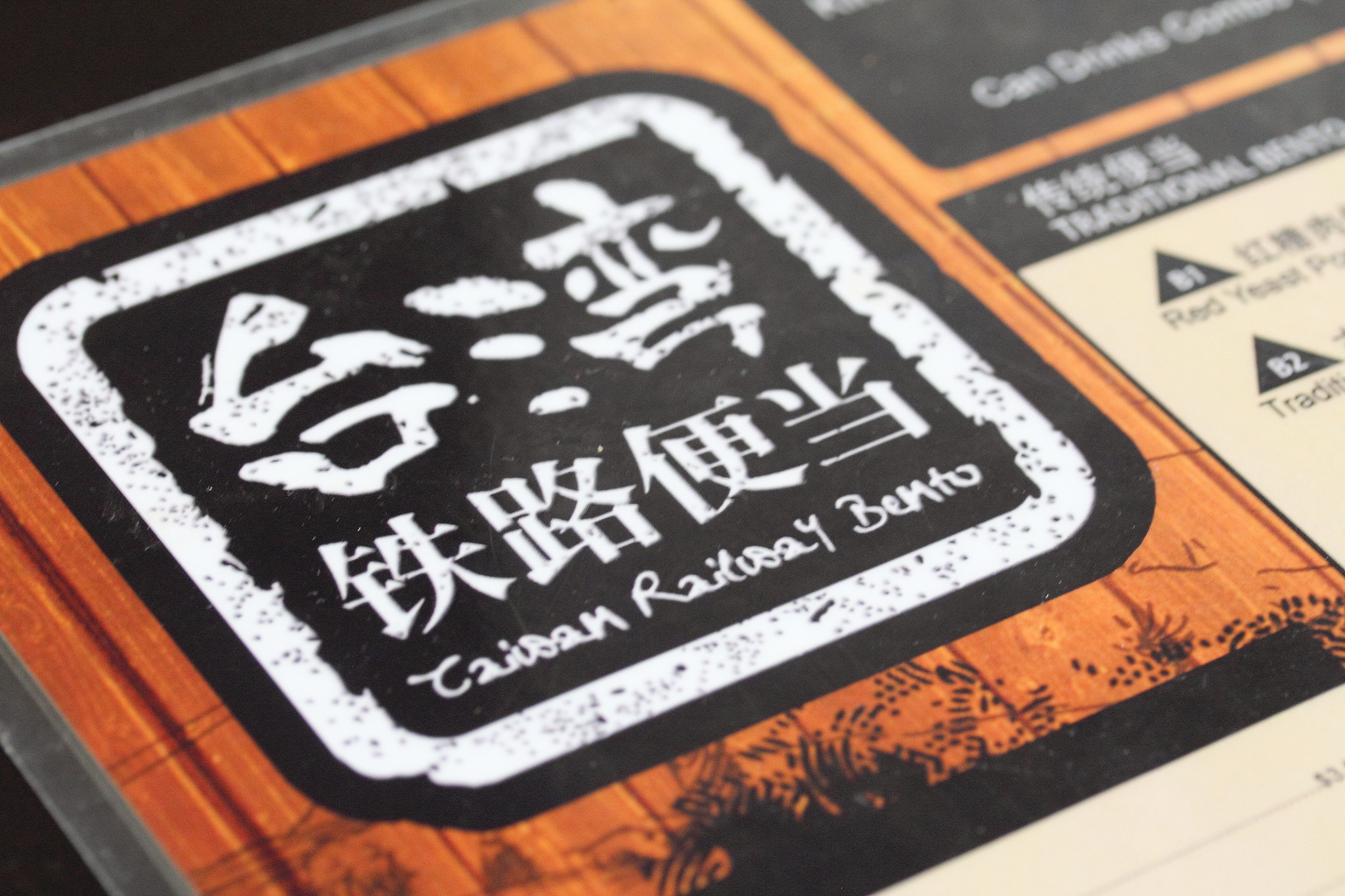 Railway bento was brought into Taiwan by the Japanese in the first half of 20th century when it is under Japan colony. Since then it has remains popular until present day, commonly sold in railway stations and inside train cabins. I have always been fascinated by all these bento with all the different ingredients that they have packed into the box. Having travelled on the railways in Taiwan and eaten a couple of them which all turned out to be very delicious, I was quite excited when I heard that Taiwan Railway Bento (台湾铁路便当) at Kallang has brought in these type of Taiwanese railway bento into Singapore. 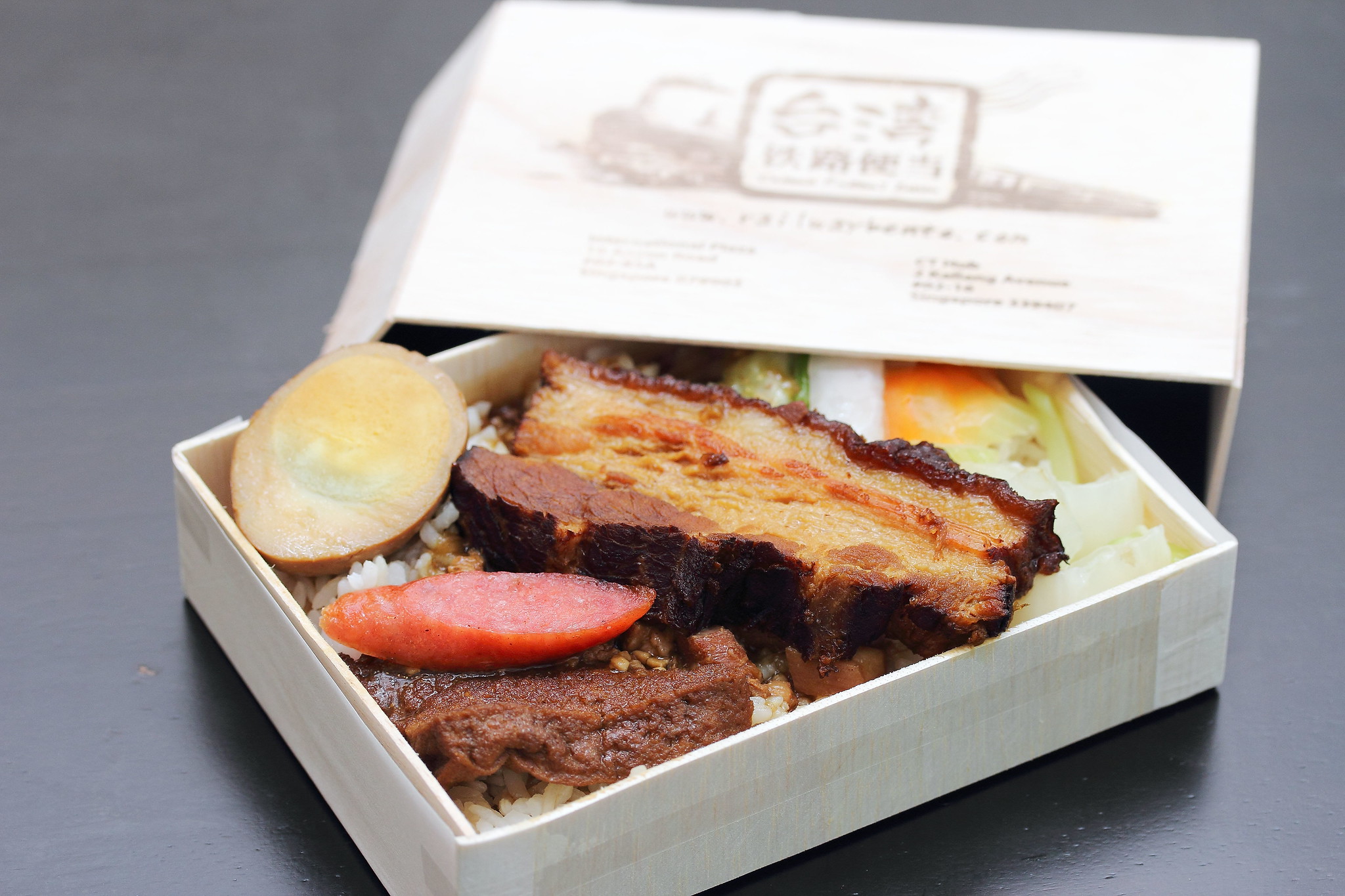 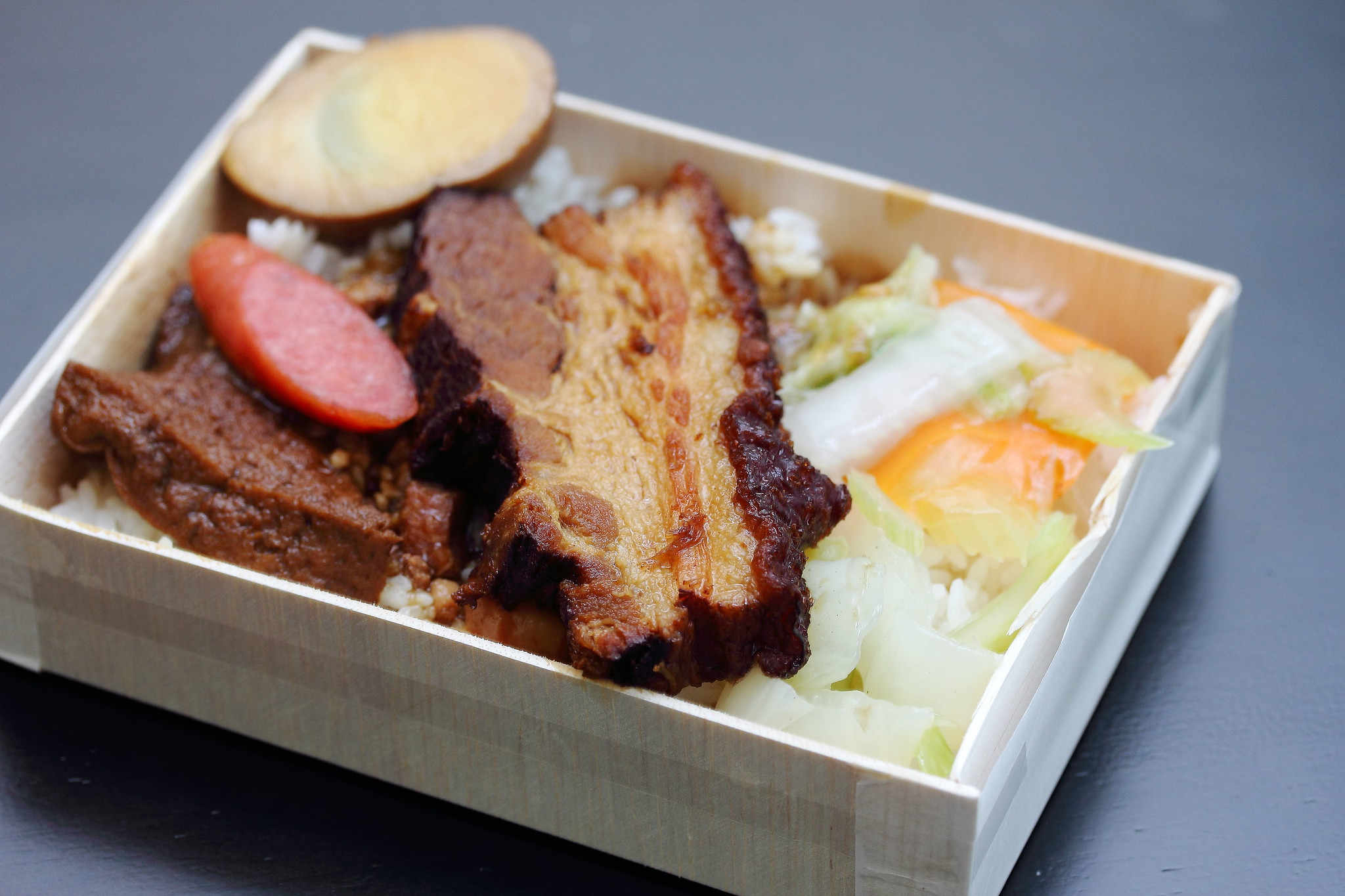 The Stewed Pork Belly Bento ($6.80) is served in a wooden bento box accompanied with a piece of tau pok, a slice of Taiwan sausage, half a braised hard boiled egg, cooked and preserved vegetables. I like the used of wooden bento box giving it the exact authentic railway bento feel. It was explained that the wooden bento box helps to absorb the moisture preventing the rice from getting soggy so fast. There is also health and environmental benefit of it over styrofoam box. The pork belly was pretty flavourful and tender. What stood out for me in this lovely rice box is the used of pearl rice and preserved vegetables imported from Taiwan. 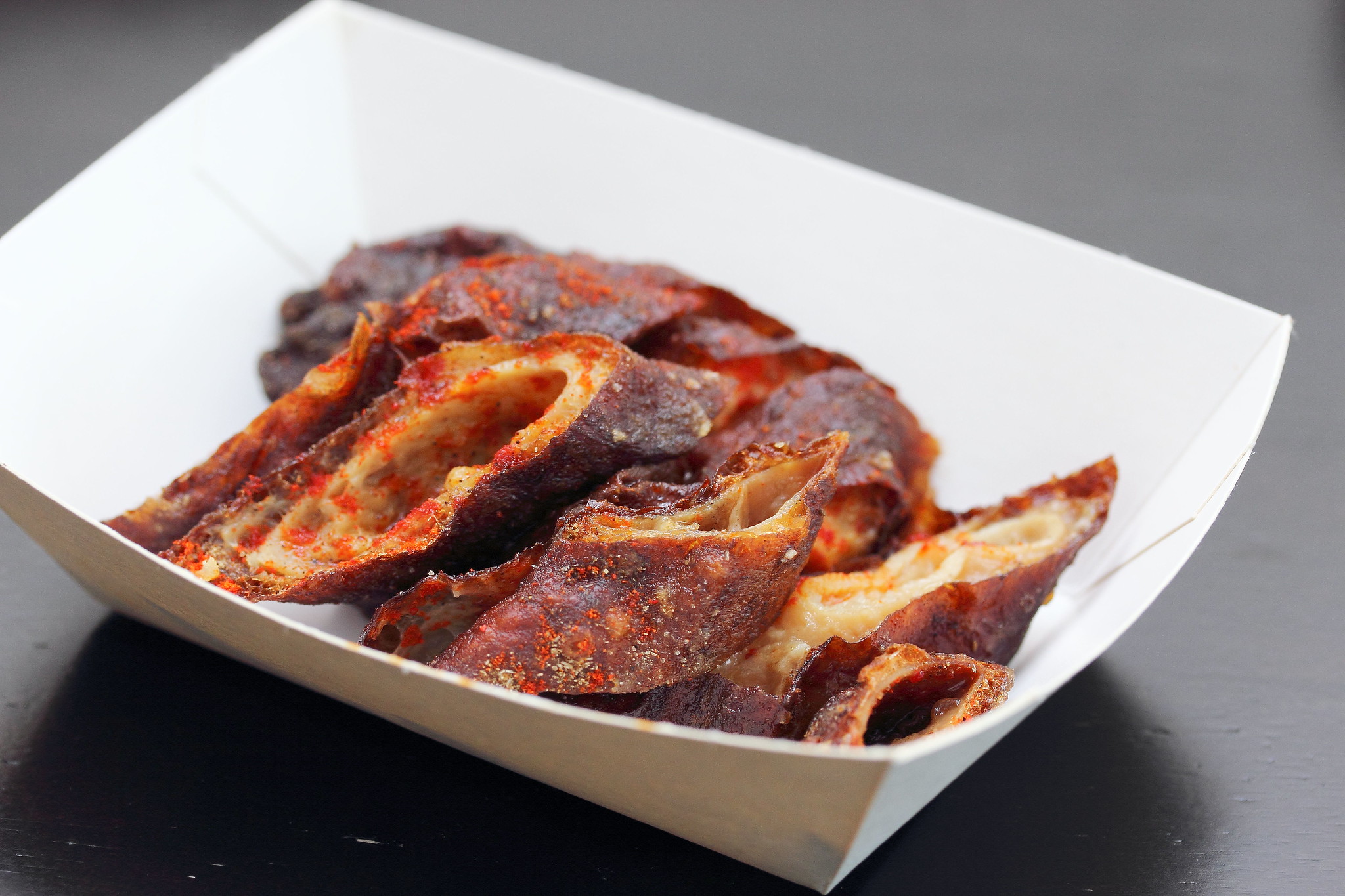 Besides the bento, Taiwan Railway Bento also serves other side dishes such as the Fried Intestine ($3.50), Century Beancurd ($3.50) and Railway Chicken Wings ($3.50). Among the three side dishes I tried, my favourite is the fried intestine. You don't commonly get this in Singapore because of the labour intense in preparing the intestine so that they don't have a smell. Fried to a nice crisp and seasoned with salt and pepper, this is quite a delightful bite. 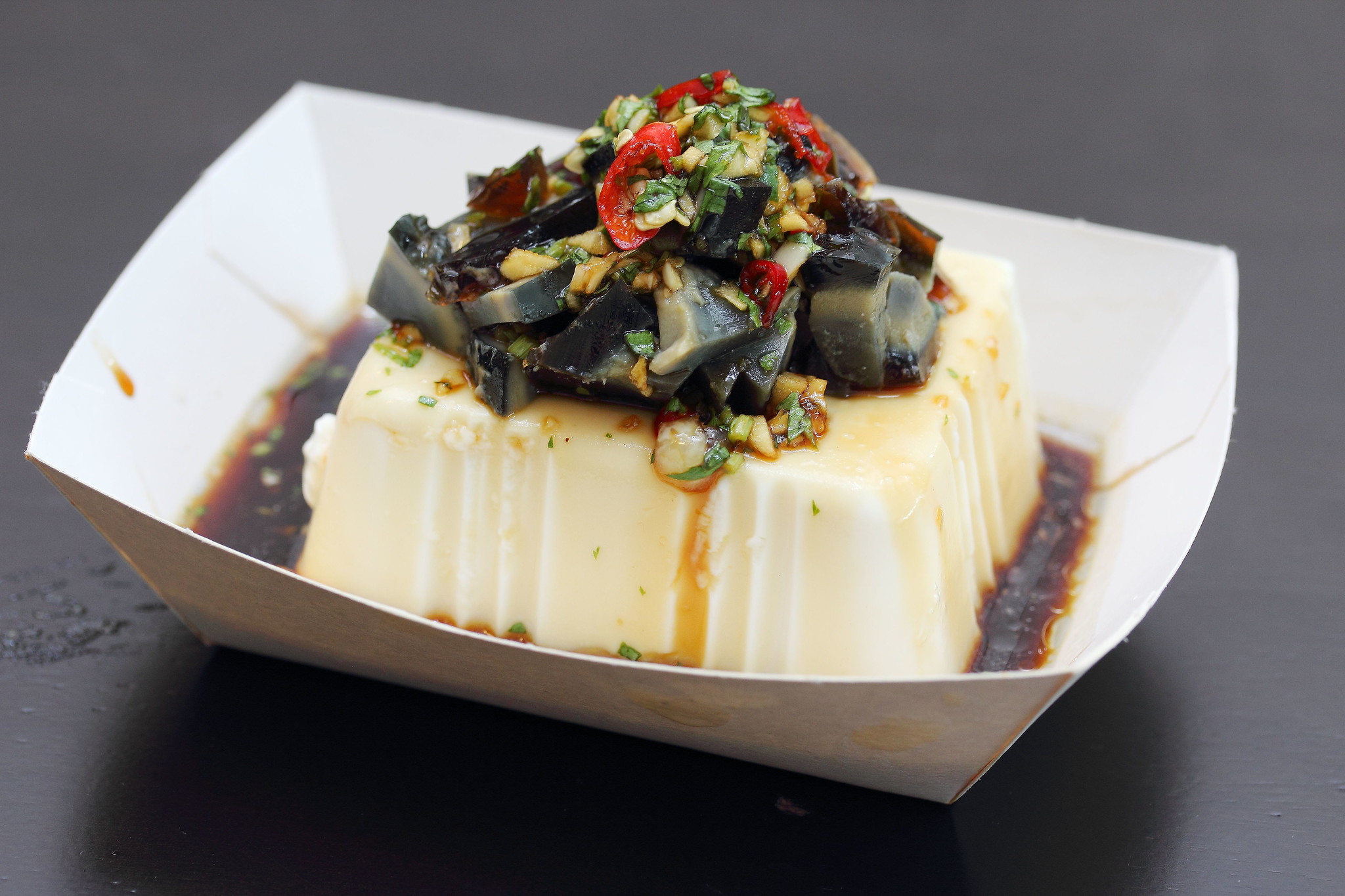 One of my favourite Taiwanese side dishes is the Beancurd with Century Egg. When I saw this on the menu, my first instinct was to order it. Unfortunately the version here is given a spicy twist which is not to my liking. The beancurd was not as chilled as per what I have like too. 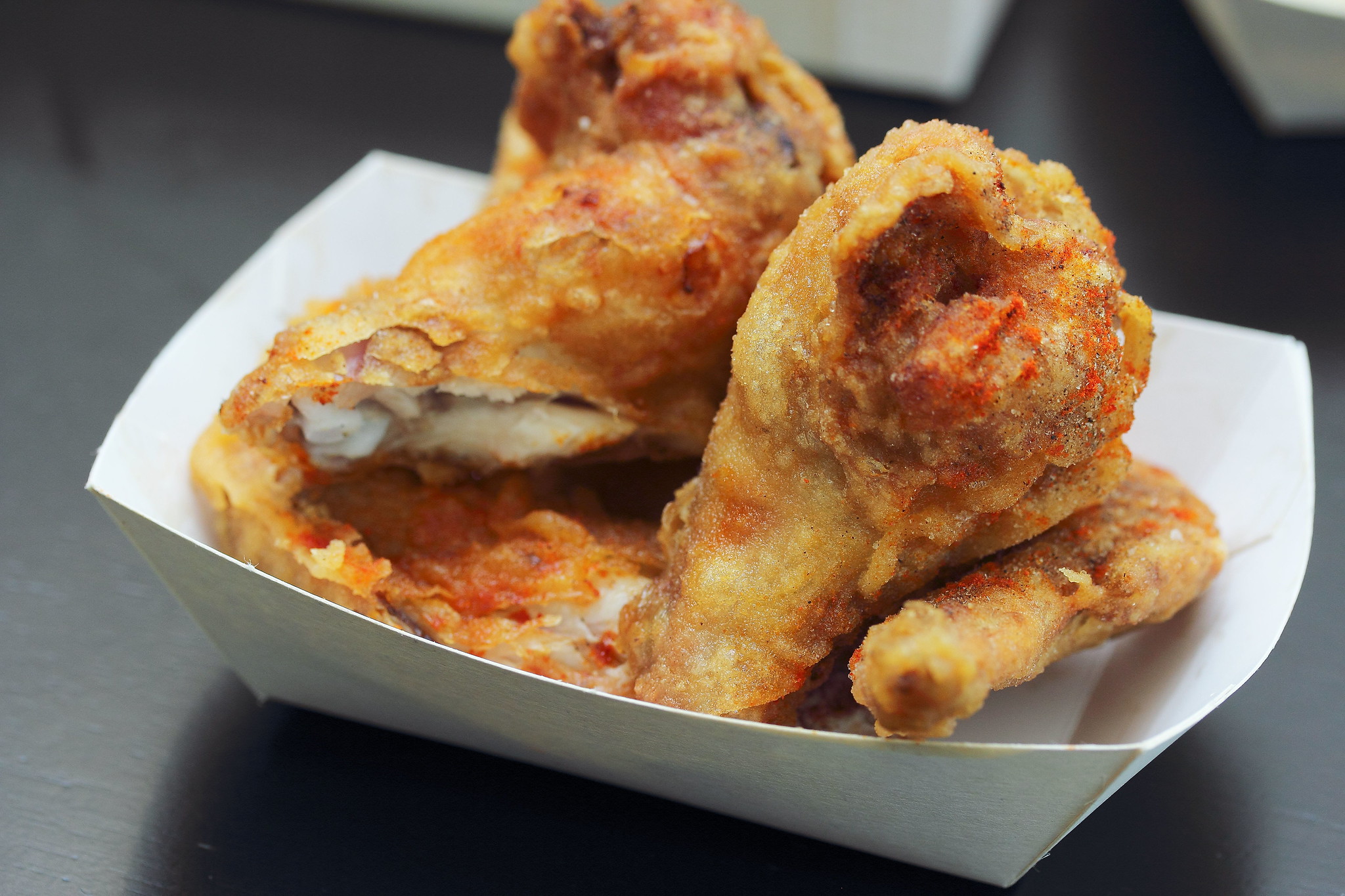 The Railway Chicken Wings is marinated with Nam Yee or red fermented beancurd. It can be an acquired taste for some but I adored it. Big and juicy, this is definitely a winner for me. 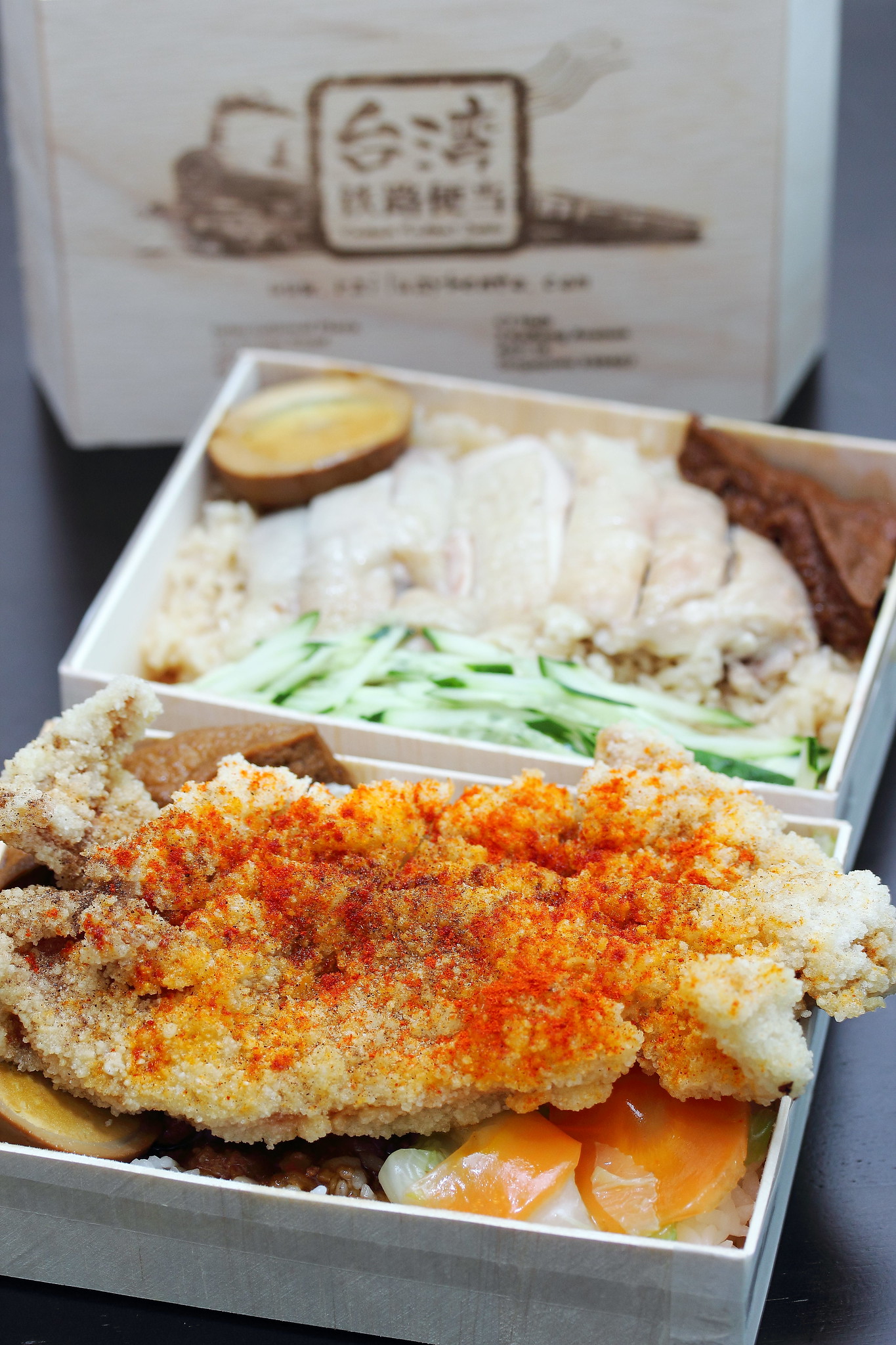 The sight of the huge fried chicken cutlet will bring a smile to everyone. The fried chicken cutlet is bigger than the bento box itself. While the Fried Chicken Cutlet Bento ($6.80) is value for money with its huge servicing, compared to Hot Star Large Fried Chicken and Shilin Taiwan Street Snack, I think it is still shy of its competitors. I felt that the batter is a hint too thick. 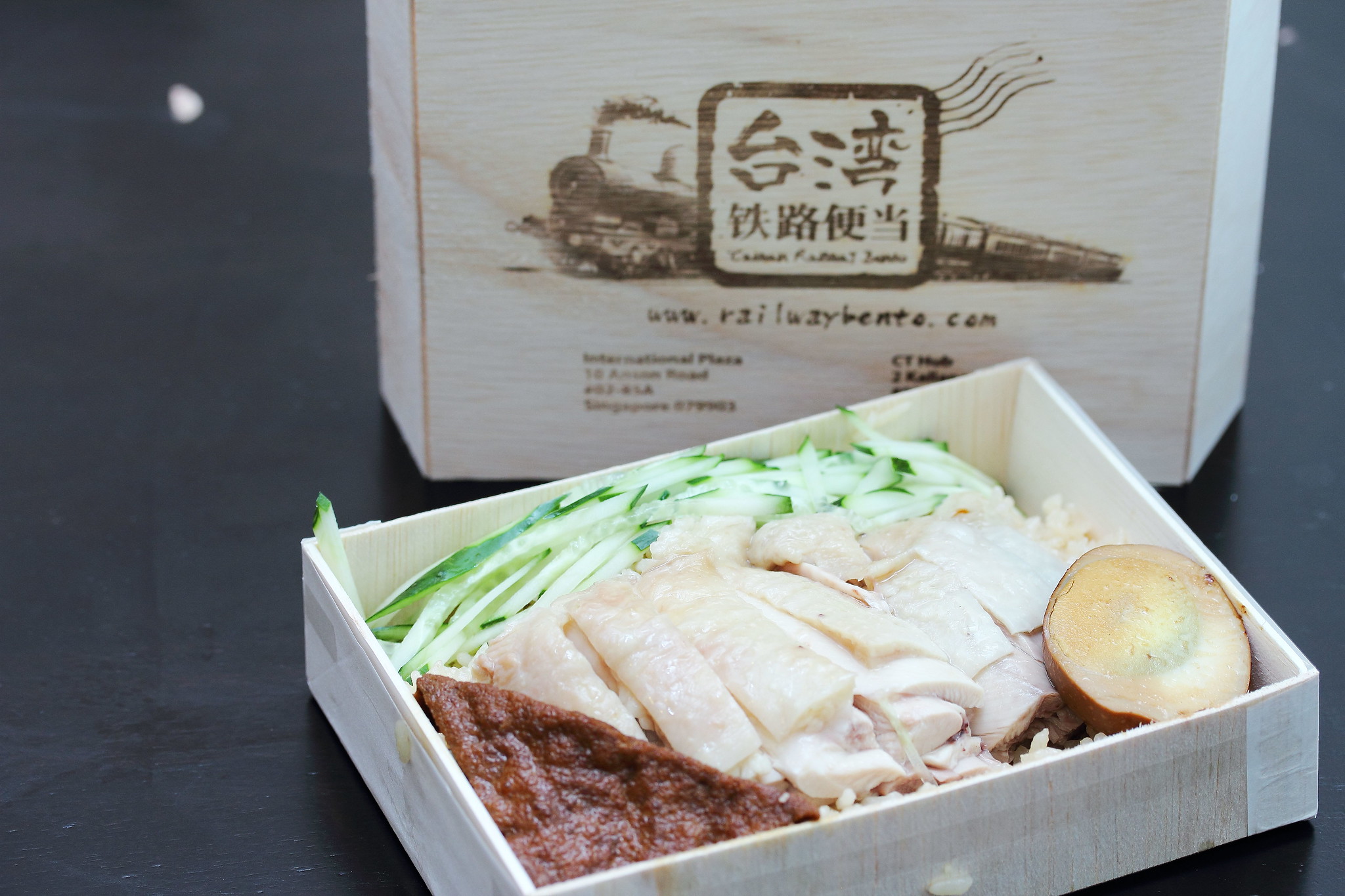 You probably can find this only at Taiwan Railway Bento offering Hainanese Chicken Rice Bento ($4.80/$6.80). One of their popoular bento box, this shows that they have hit the right business model catering for the local palate. The cooking technique used for the poached chicken is commendable retaining the tenderness of the chicken with jelly like skin. The rice was also fragrant and fluffy.

Taiwan Railway Bento is still focus mainly on its takeaway and catering business hence seating area is quite limited especially at their express outlet at International Plaza. Even dine it, it is served in the bento box itself without the lid. If you want to dine in a more comfort environment, my advice is to visit the Kallang outlet. Taiwan Railway Bento also has a delivery service. You can find out more from the website.