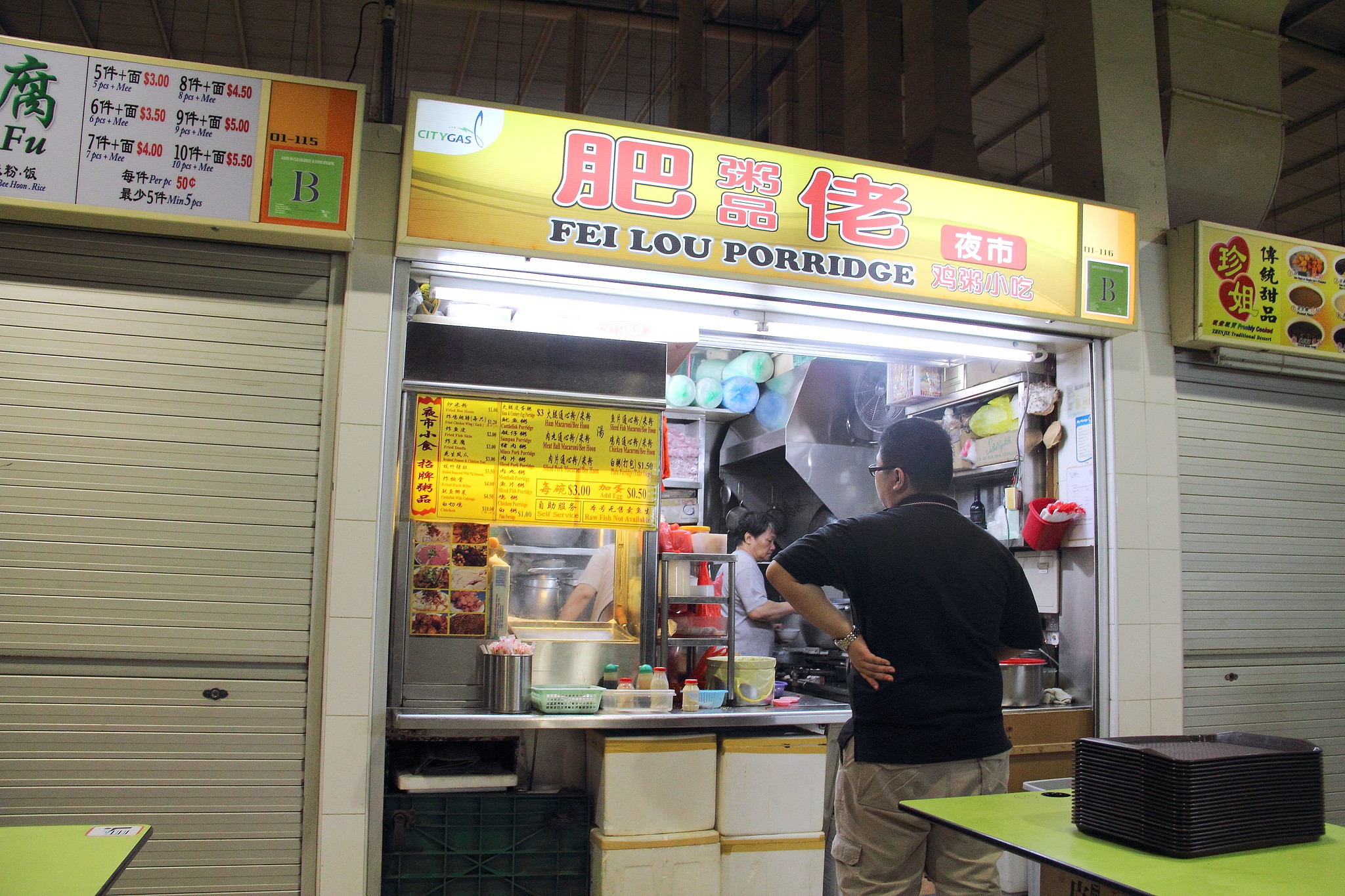 If you have been following me on instagram or my facebook page, you will noticed that I have been coming back to Fei Lou Porridge to have late dinner for 2 consecutive weekends. The food here definitely cannot compare to restaurant standard but it is something that is homely, comforting and affordable. 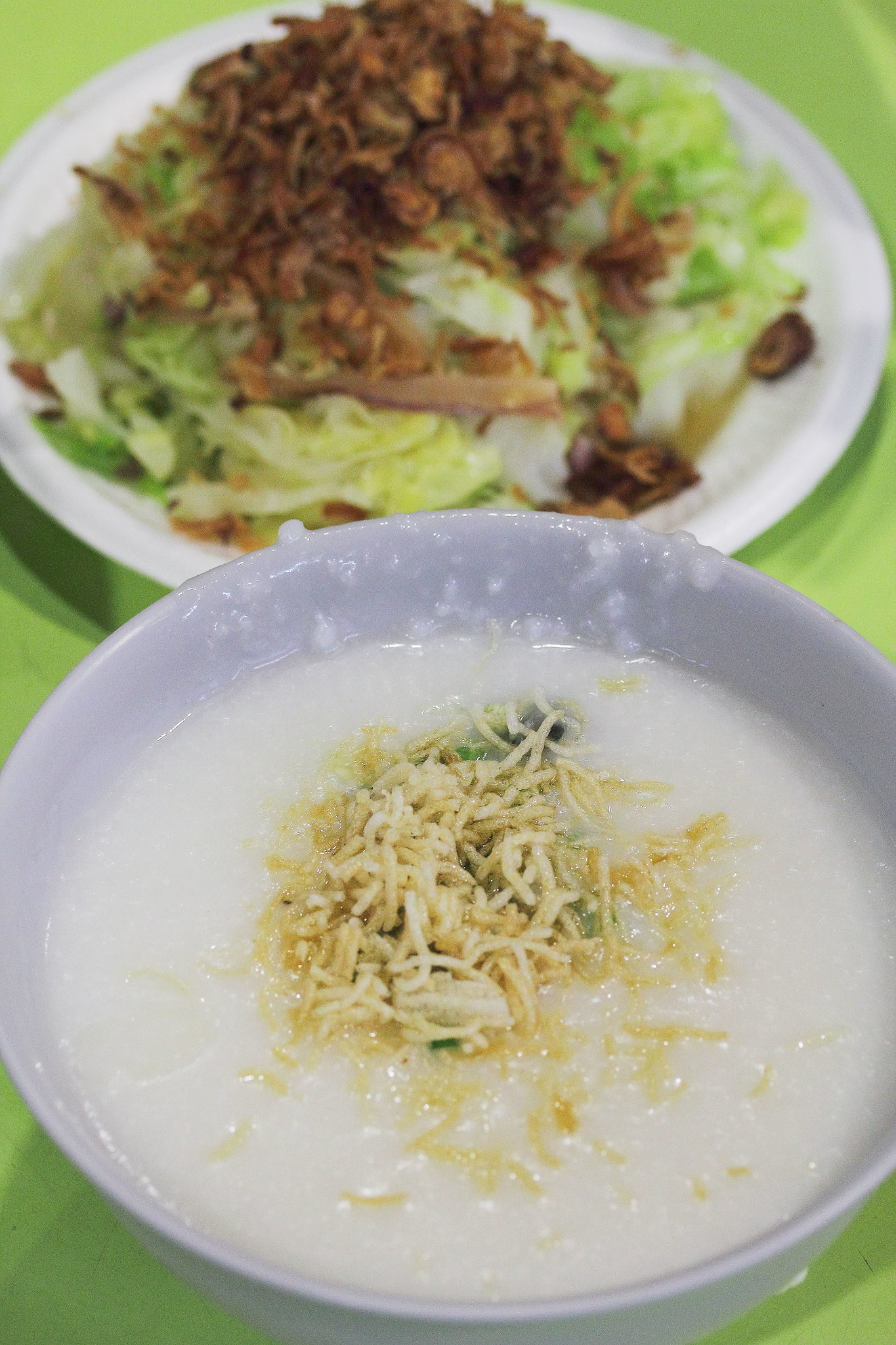 The first visit, I felt that the father and son team was a bit unfriendly. They hardly spoke or acknowledged your order not say even a smile. For a moment I thought they were mute. I kept observing them until I saw them talking to a few of their regular customers. In my 2nd visit, I managed to exchange a few words with the uncle and realized he is actually quite nice. He even gave me a goodbye wave after I finished my dinner and left the place. 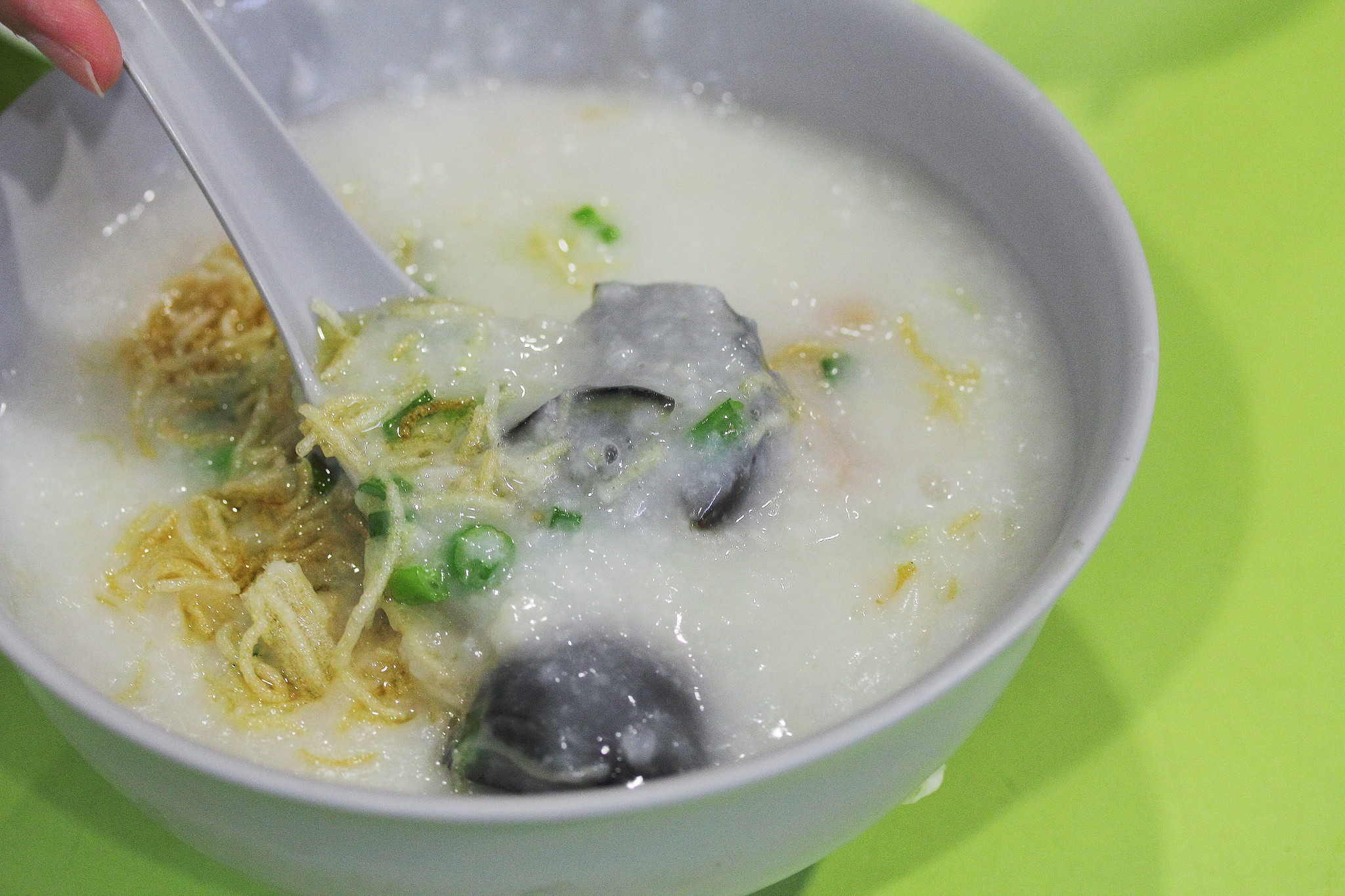 The stall offers quite a few choices of porridge but my favourite has been the Ham & Century Egg Porridge ($3). The smooth and silky Cantonese style porridge need no further seasoning. If I am not wrong from what I have observed, the stall added some chicken stock in cooking the porridge. Although the bowl of porridge is cheap, I still get value in return with a generous servicing of century egg, ham and even fried white bait fish. 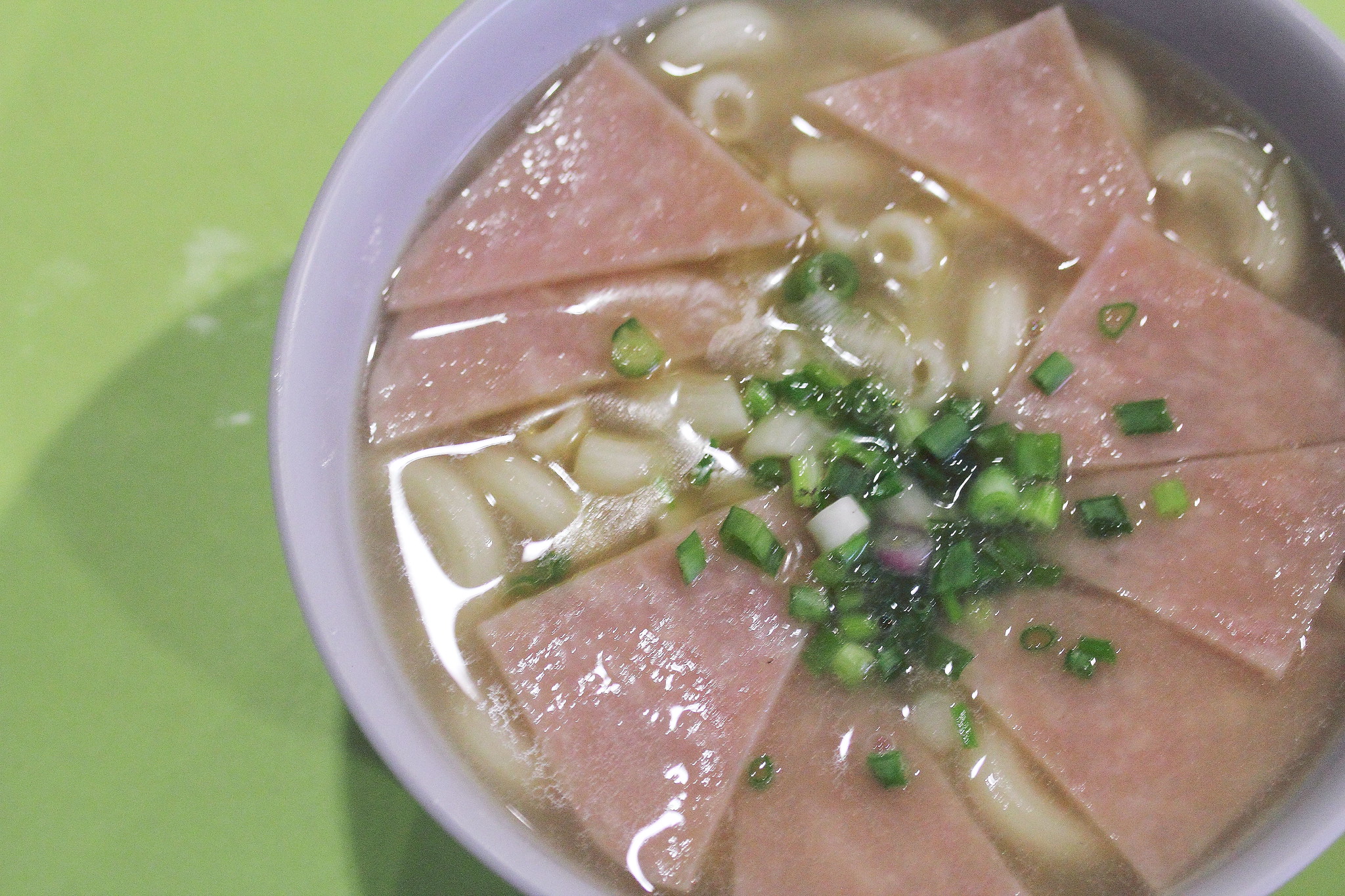 The beehoon here usually sold out pretty fast so we ended up ordering the Ham Macaroni ($3). I felt that the stall added a bit too much of the chicken stock resulting it to be on the salty side. Nevertheless a hearty bowl of ham macaroni to satisfy the hungry tummy. 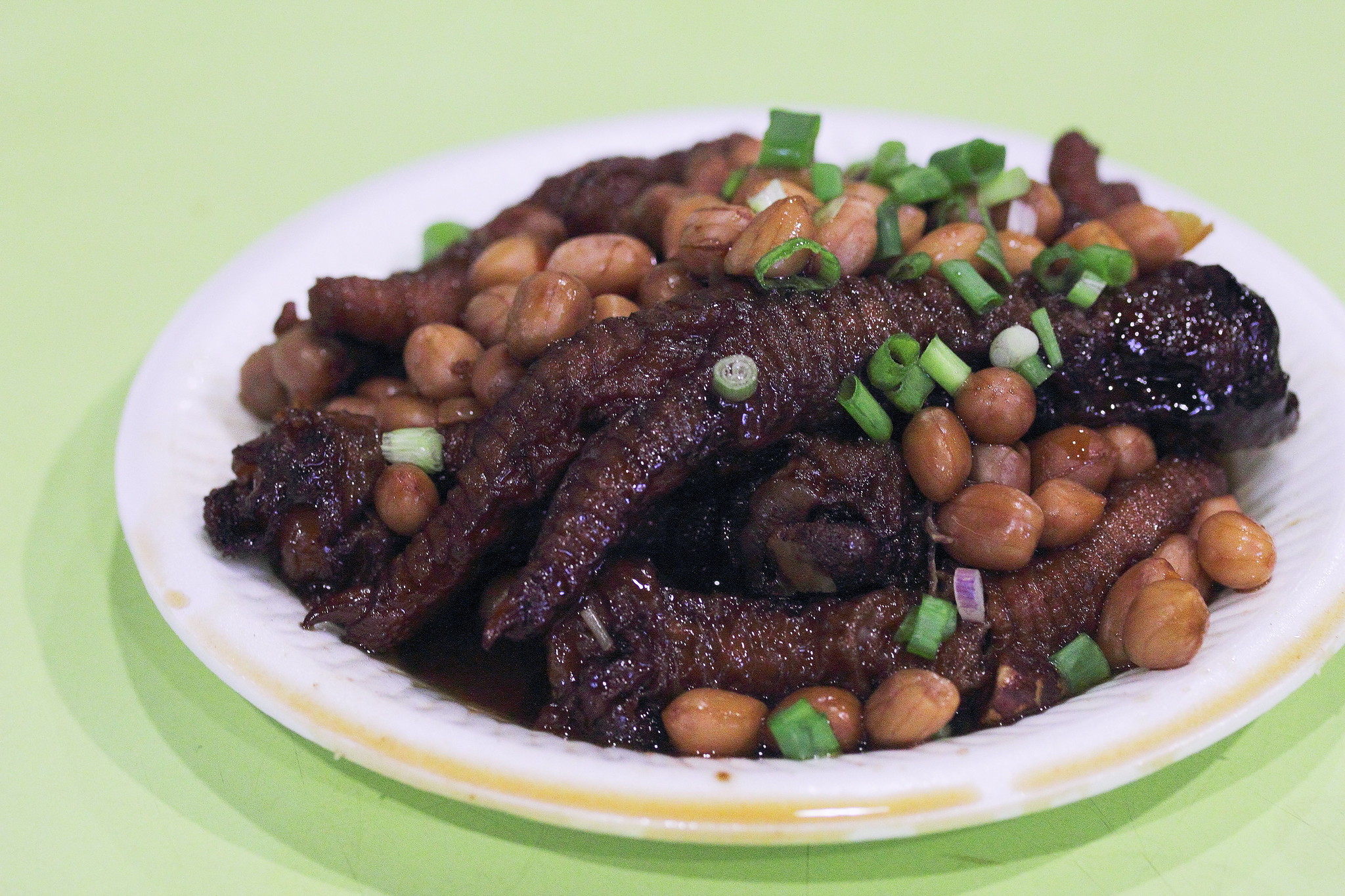 Another must order dish for me whether I come here is the Chicken Feet ($3). There are at least about 5-6 pieces of the well braised chicken feet that has absorbed the braising sauce perfectly. Before servicing they will topped it with a few spoonful of peanuts which I like to eat with my porridge. 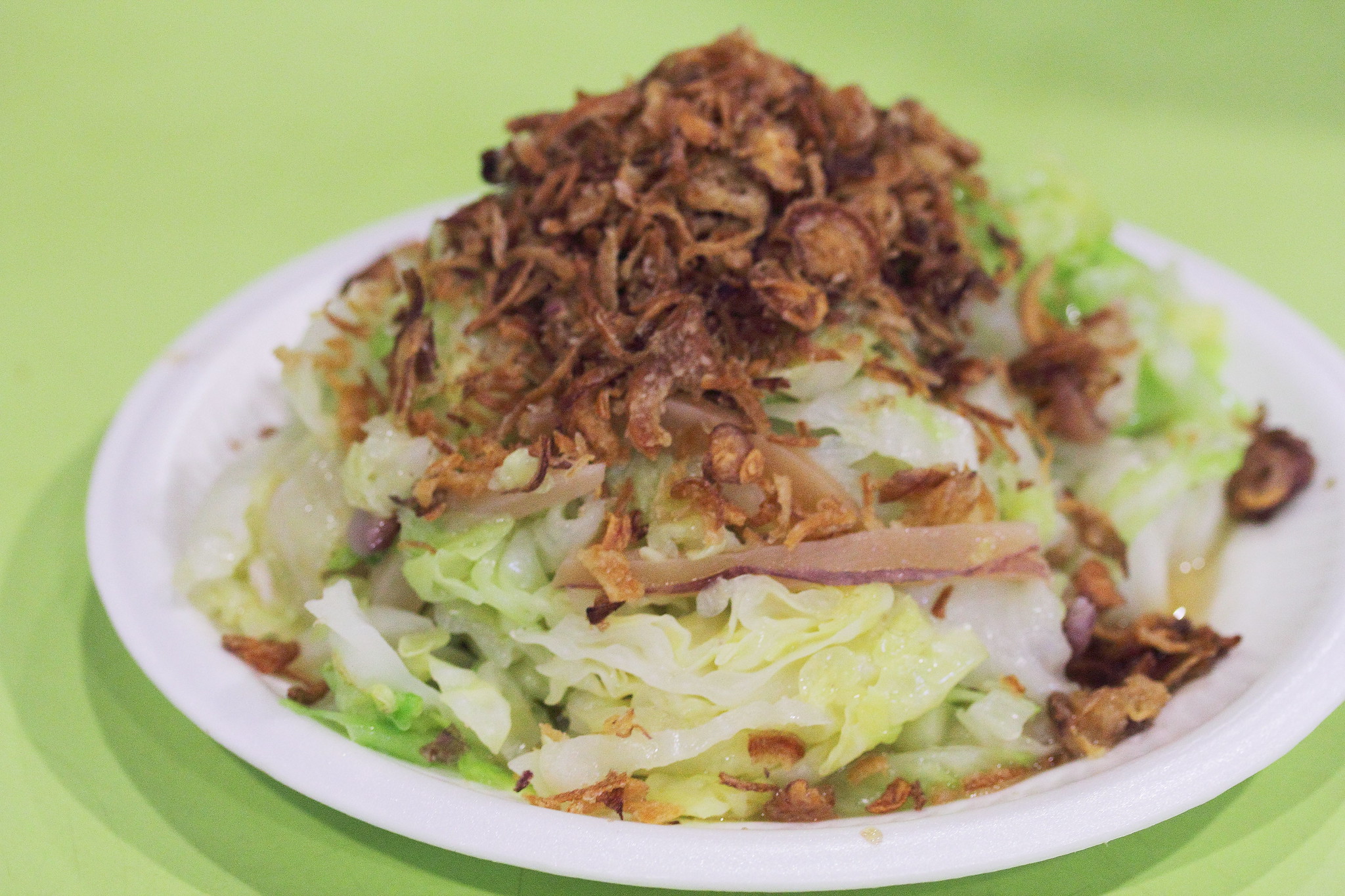 My favourite dish at Fei Lou Porridge is the Cuttlefish & Cabbage ($4.50). This is something different from usual cuttlefish kang kong that is drenched with rich overpowering prawn paste sauce. The cuttlefish cabbage simply allows the sweetness of the cabbage to shine and complement the cuttlefish. Topped with a generous servicing for fried shallot, this is light, refreshing and serves as a delectable side dish to go with the porridge.