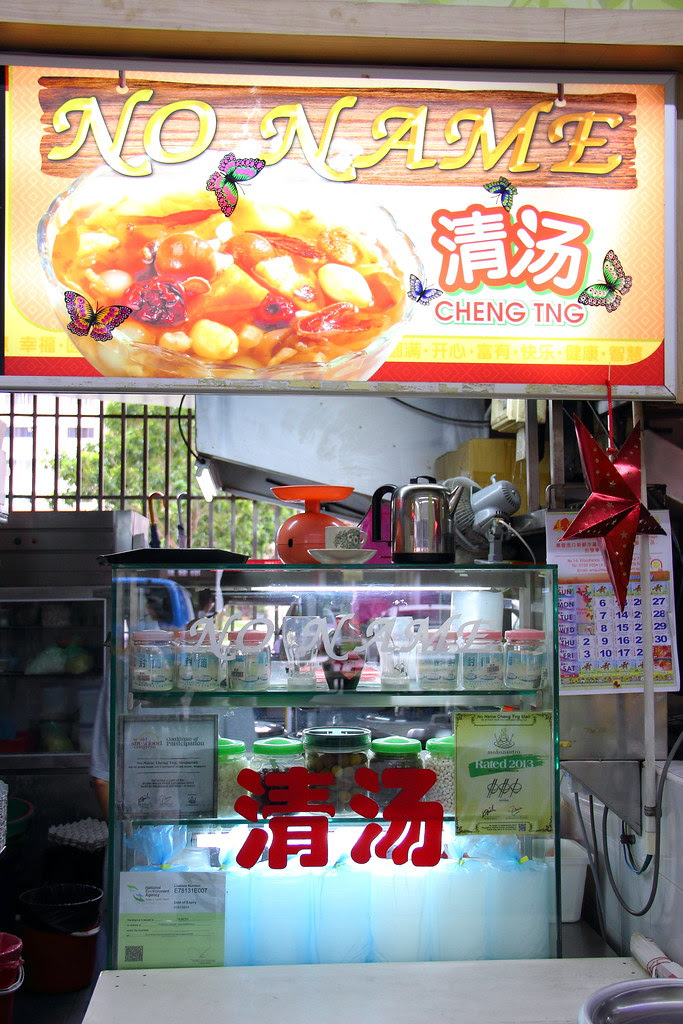 I guess if I would to ask most people where to get the best Cheng Tng, many would have recommended me Ye Lai Xiang at Bedok Corner Food Centre. However my foodie kakis brought me to No Name Cheng Tng stall instead. This little stall is hidden inside the coffeeshop at block 69 Bedok South Ave 3. I was told that it used to be at the front but has now moved inside. 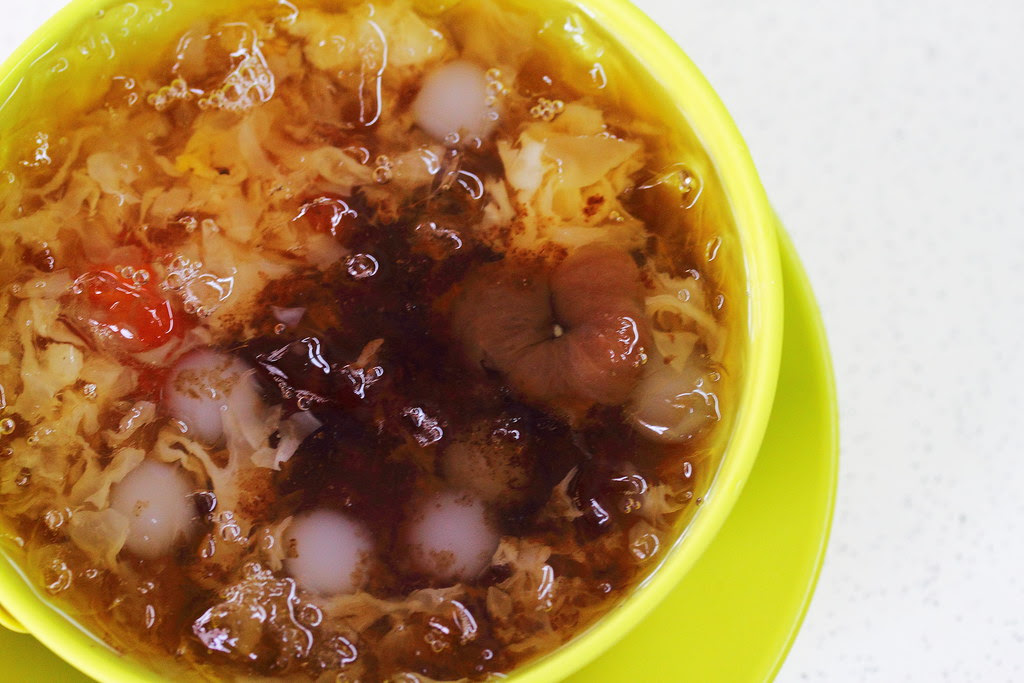 The first impression of the Cheng Tng ($1.50) with its generous ingredients already won me at first sight. In the bowl there was dried longan, white fungus, gingko nuts, dried persimmon, winter melon, glutinous ball, malva nut and sweet potato. Unlike most Cheng Tng, the uncle prefers to use ice cube instead of shaved ice. I like the idea as it keeps the cheng tng cold while not over dilute the broth when the ice melted. 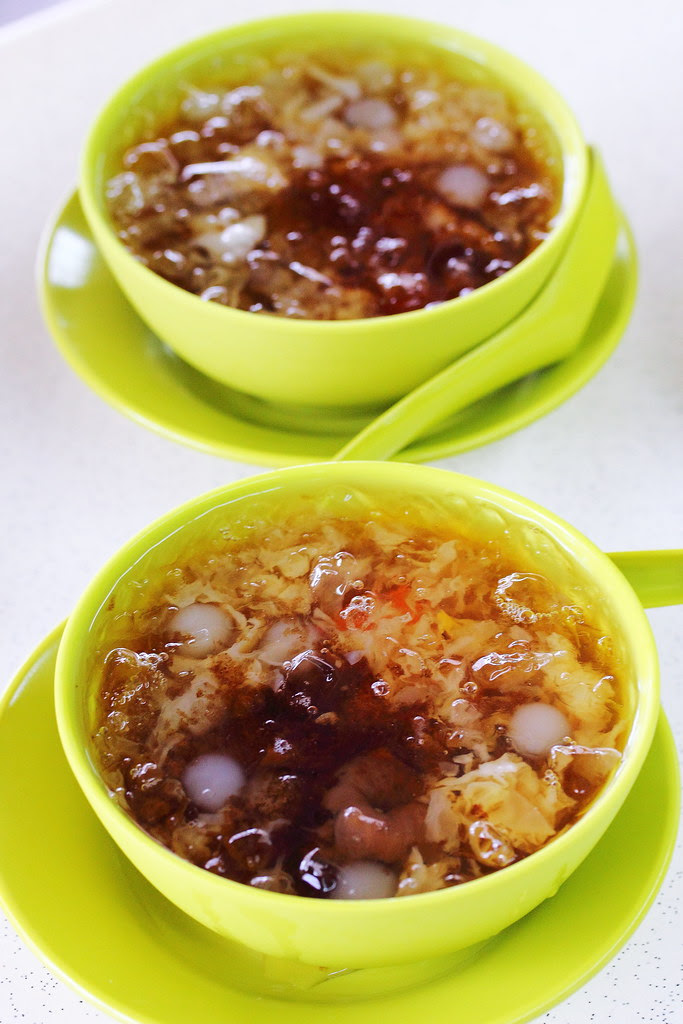 A sip of the cooling broth and one will be able to taste the sweetness of the longan and know it is genuine, not like some stalls that took shortcut and uses syrup. 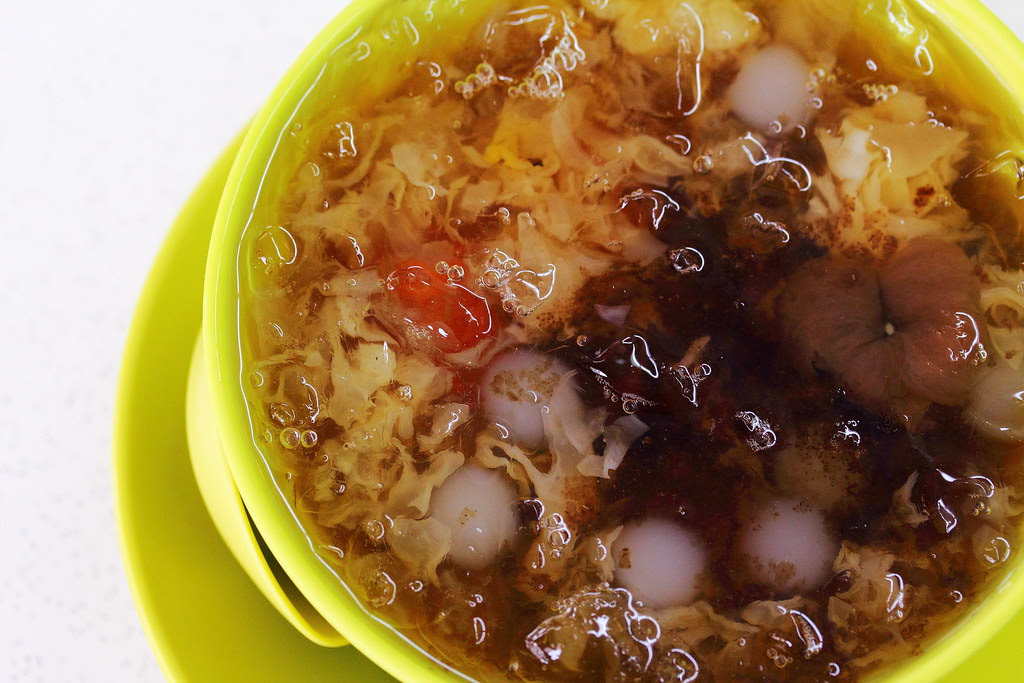 I have not tried Ye Lai Xiang's Cheng Tng but accordingly to the foodie kakis, the Cheng Tng here is comparable if not even better. Furthermore, it is only $1.50 which is like fifty percent cheaper compared to Ye Lai Xiang. Anytime I would be happy to have 2 bowls of it. The stall may be called no name but it is already making a name for itself when it is invited and took part in the World Street Food Congress Singapore 2013.

Posted by DerrickTan at 5:46 PM