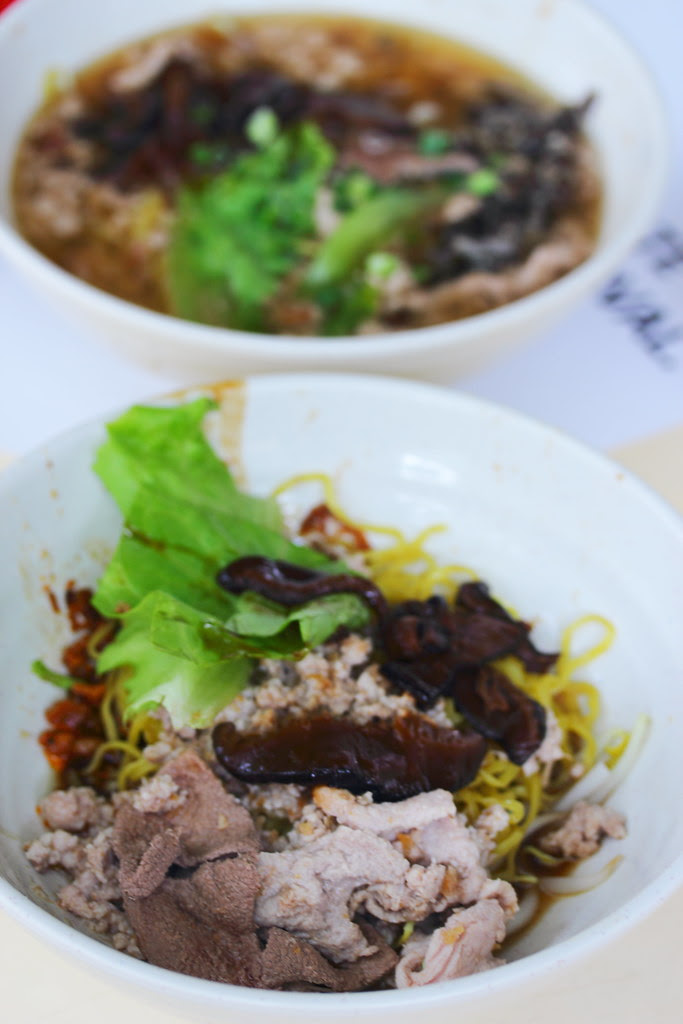 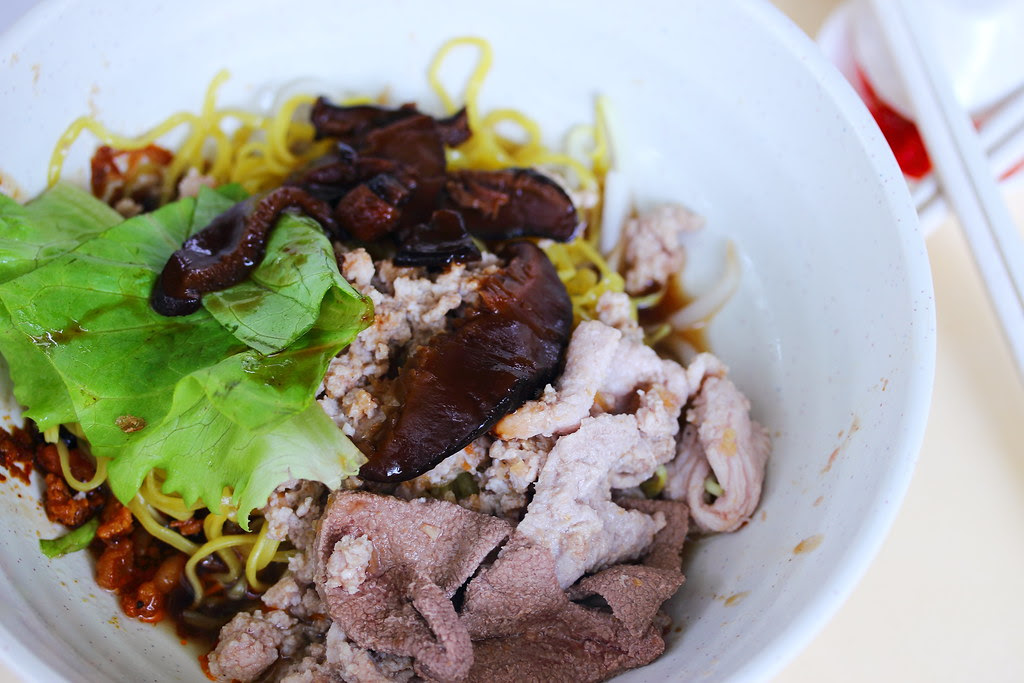 Initially I thought the sauce for the Mushroom Minced Pork Noodles Dry ($4) was vinegar because of its dark colour but it turned out to be a special sauce that paired pretty well with the springy noodles. The owner is also very generous in the serving. There were slices of mushrooms, lean meat, livers and minced pork in the delectable bowl of bak chor mee. 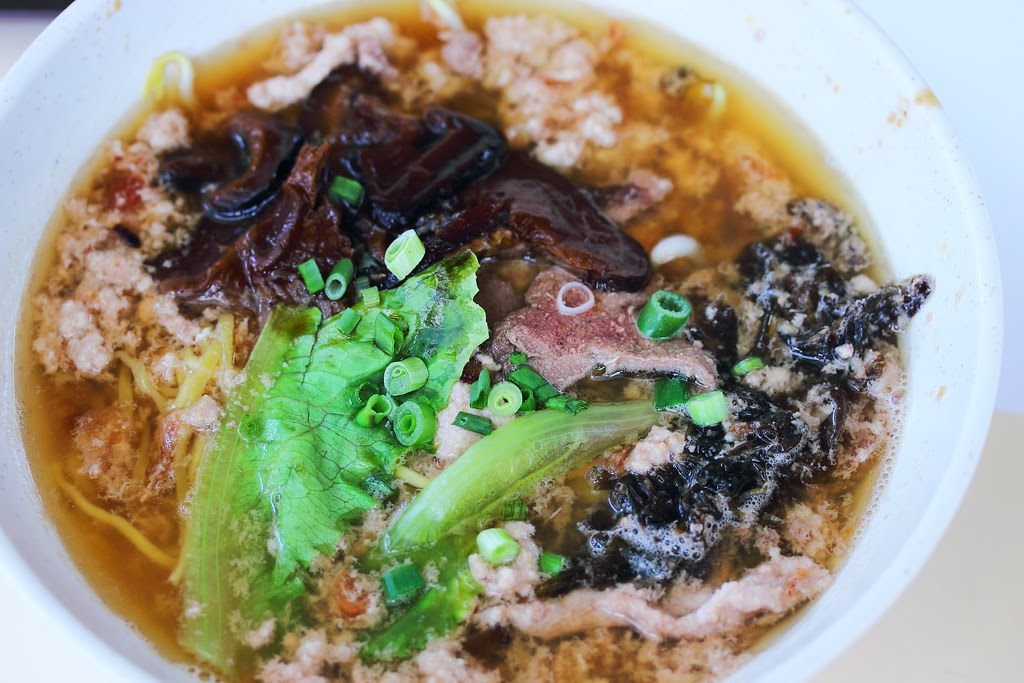 I can already smell the fragrant aroma of Ti Poh (dried sole fish) from the soup at a distance. The Mushroom Minced Pork Noodles Soup ($4) definitely fare much better than the dry one. This is probably the best and most flavoursome bak chor mee soup I have ever come across. It felt like drinking the Buddha Jump Over the Wall version of pork noodles soup. I even seen customers going back to the stall for more soup.

I am definitely going back again to the stall but next time I am going to try their Pork Ribs Noodles and Fish Maw Soup. I have read high recommendations of these 2 dishes too.