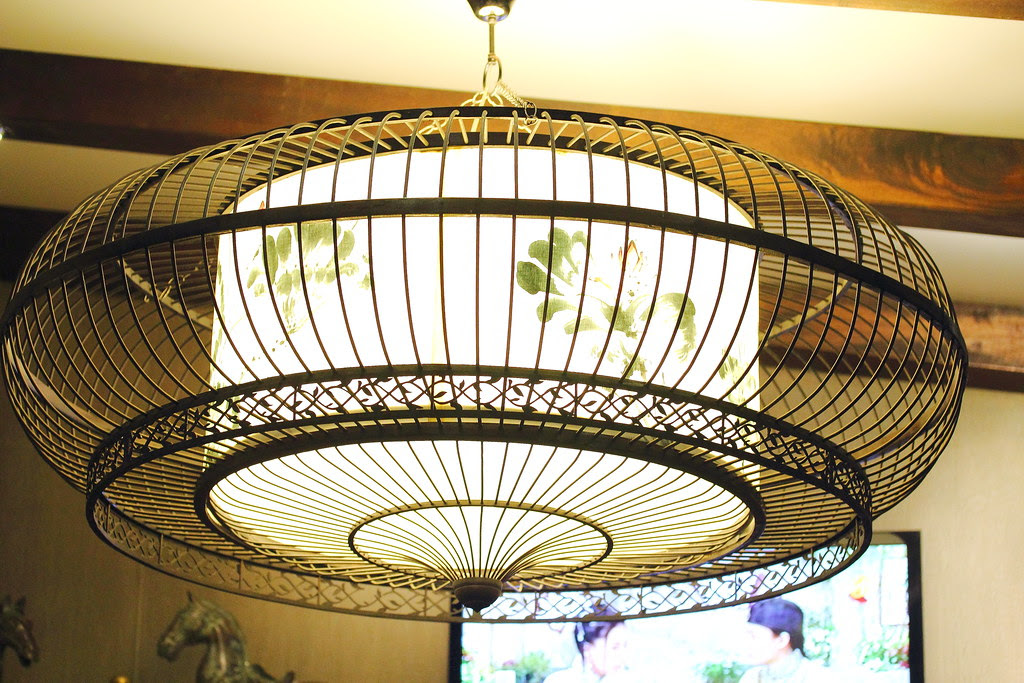 The venue for January 2013 Makansutra dinner was held at Yummy Recipes at Aljunied which was opened in November 2011. I have not heard of the restaurant until makansutra dinner. It was after some research and chatting with my dinner mates did I realise the owner behind Yummy Recipes is the same owner for Yummy Claypot at Joo Chiat. I have visited Yummy Claypot on a few occasions and I really enjoyed the food there. Hence I was looking forward to their new fine oriental dining concept at Yummy Recipes. 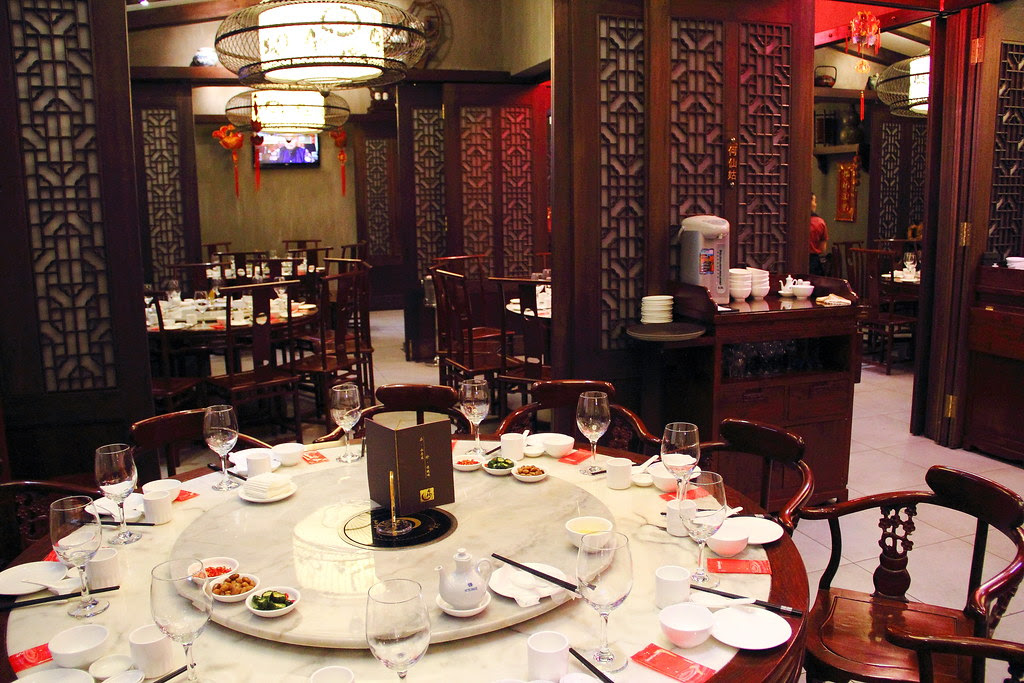 From a shop house in Joo Chiat, Yummy Holdings expands into a full fledged restaurant with its bold and elegant decor that emphasises on antique and chinese culture. The hundred years old elm main door welcomes you to the restaurant with its wooden floorboards that are made from century old recycle planks of railway sleepers which are quality hardwood that are still in a perfect condition. The restaurant's furniture are also made of yellow rosewood while the beams supporting the roof are made of durian timber which is a solid and light hardwood.

Walking into the entrance, one is greeted by the 9 statues of the "Dragon's Nine Descendants". According to a popular version of the legend, it was said that a dragon once gave birth to nine descendants. If you are interested, you can read more about it on their website or pay a visit to the restaurant. 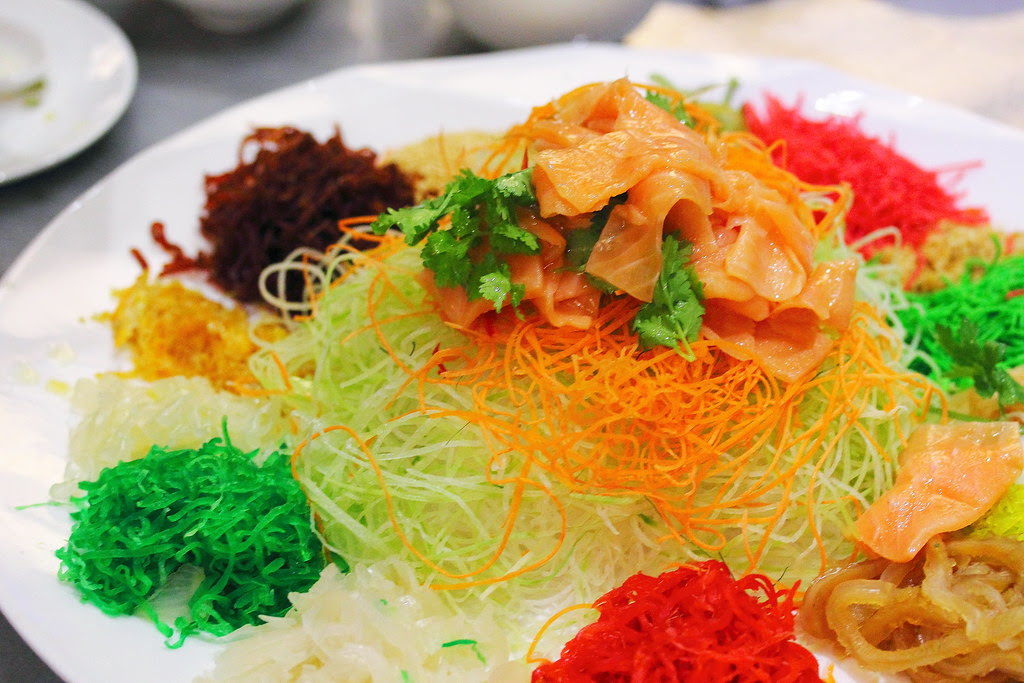 In conjunction with Chinese New Year which was just around the corner, we started with the Yu Sheng to usher in the Year of the Snake. I understand from some of the makansutra regulars, this is part of the makansutra dinner tradition every year. 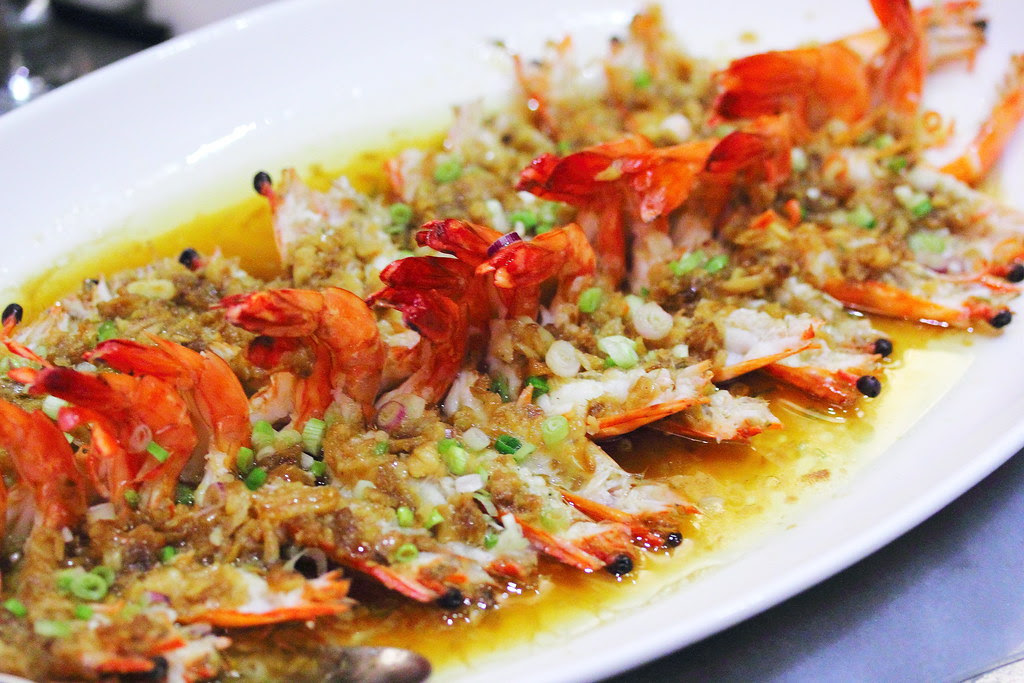 The Steamed Prawn with Garlic was nothing special but showcased the freshness and how the used simple ingredients can lift a dish to a new dimension. 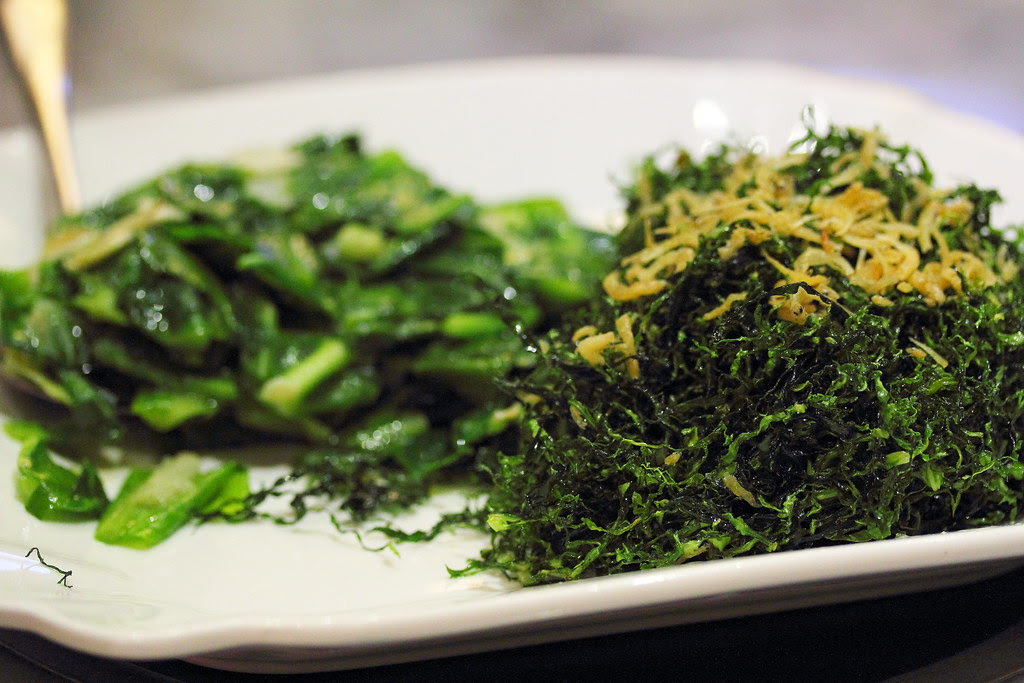 The Baby Kailan done 2 ways was interesting especially but not fantastic. The deep fried Kailan had a nice crunch but it was quite bland and bitter. I still prefer the stir fried baby kailan. 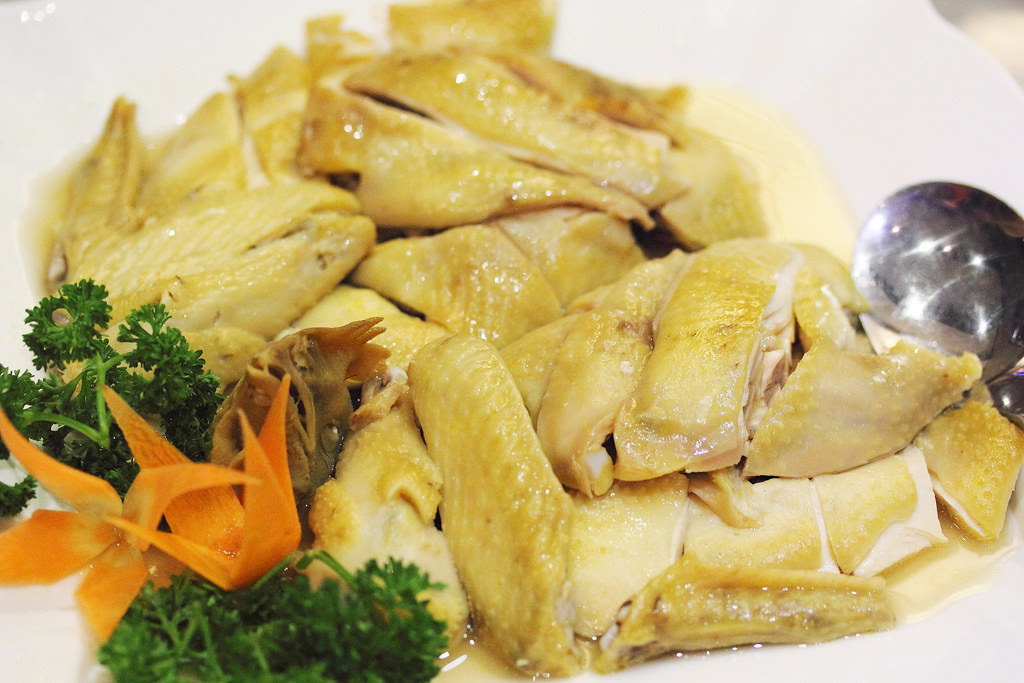 The Yummy Imperial Chicken was nice but not memorable. The star was actually the garlic dipping sauce for the chicken. 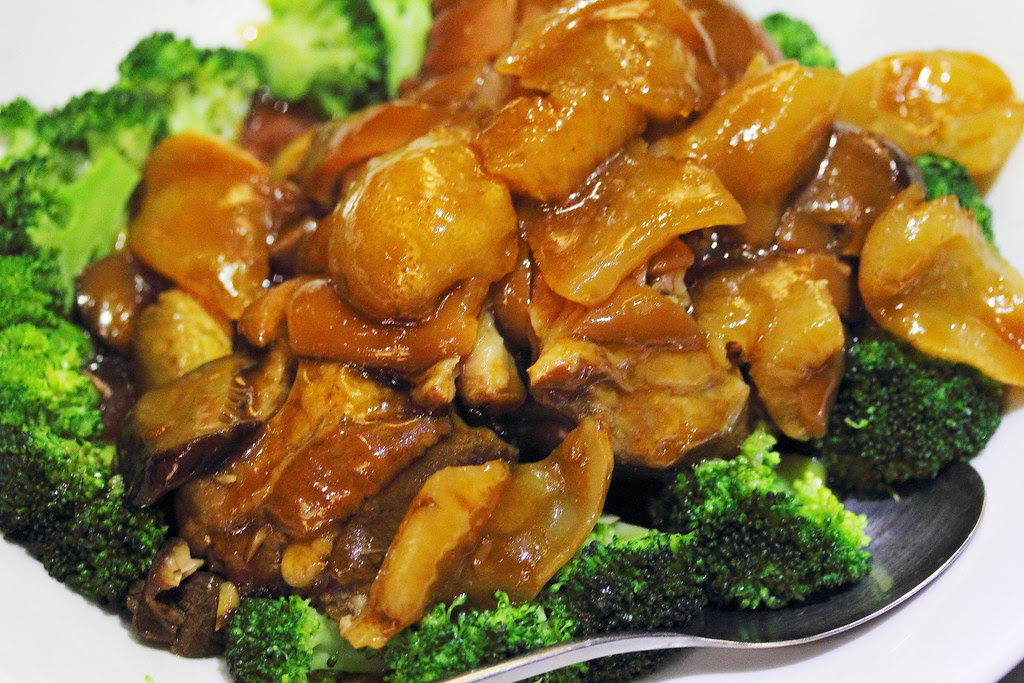 I thought the combination of  Braised Sea Cucumber with Pork Knuckle was rather unique. At least for me, I have not seen such combination being served in restaurants. Both the sea cucumber and pork knuckle were cooked until fork tender that melted in the mouth. 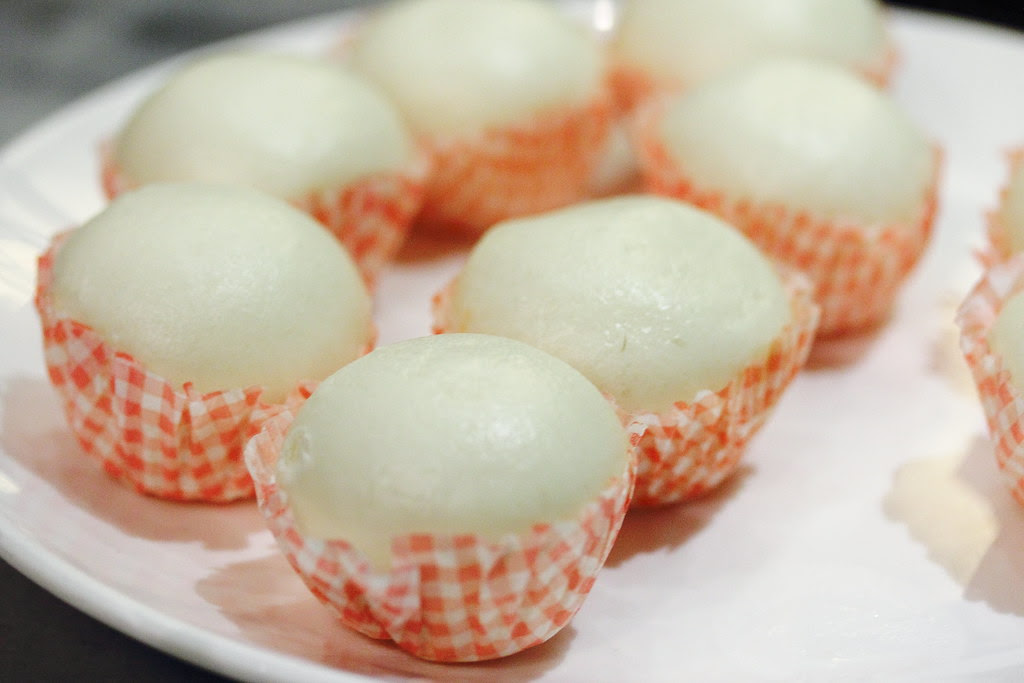 The Special Butter Bun is actually the same as steamed custard bun. The lava filling was delish but the skin of the bun was rather dry and a tad thick for me.

We also had the following dishes Chicken in Pig Stomach Soup, Glutinous Rice with Wat Meat and Homemade Dou Hua which I did not manage to take any photos. Overall I felt that the food at Yummy Recipes is still short of being a full fledged restaurant. It is nice but needs to raise their standard from the Yummy Claypot's menu.

Posted by DerrickTan at 6:15 AM