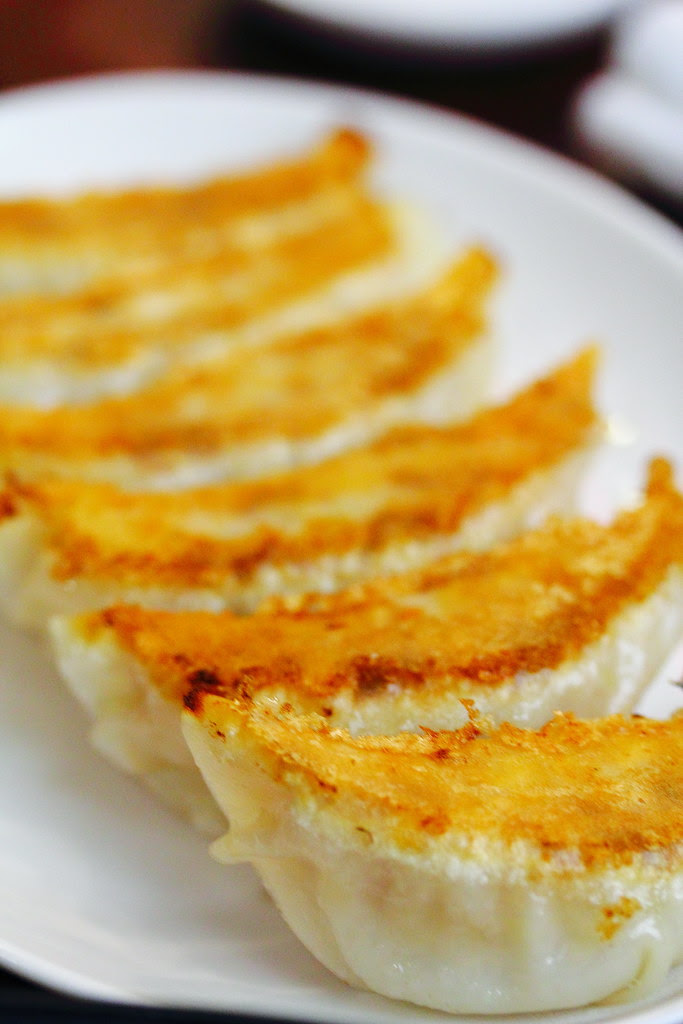 Opened at Raffles City on 29 Novemeber 2012, Osaka Ohsho which translates to 'The King of Gyoza in Osaka' is Japan Foods Holding latest franchise in Singapore. Established in 1969 as a gyoza specialist, Osaka Ohsho is a household name in Japan synonymous with top notch gyoza and Chuka cuisine. The word chuka means Chinese in Japan. As of today, Osaka Ohsho has over 300 outlets in Japan, Hong Kong, Thailand, Korea and now Singapore. 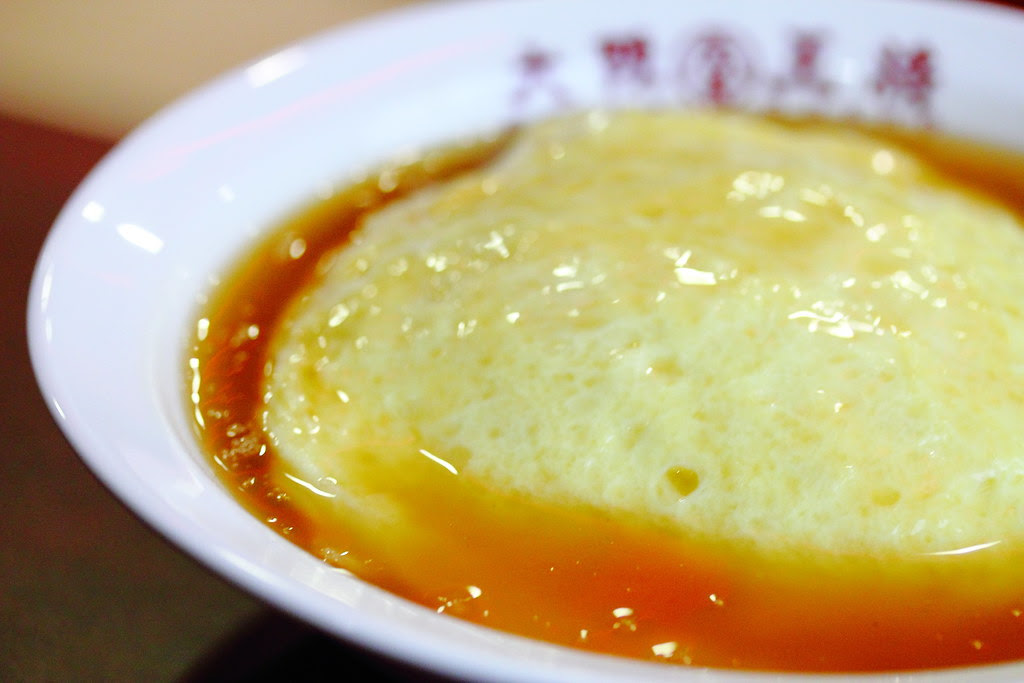 Served in a bowl of velvety gravy, the fluffy omelette upon slicing into, revealed steaming Japanese rice. The Fuwatoro Tenshin Han ($9.90) used Koshihikari rice from Toyoma region in Japan. The rice is grown with melted snow and fertile soil. It is extremely rich in flavour and its texture is a balance of sticky and fluffy. 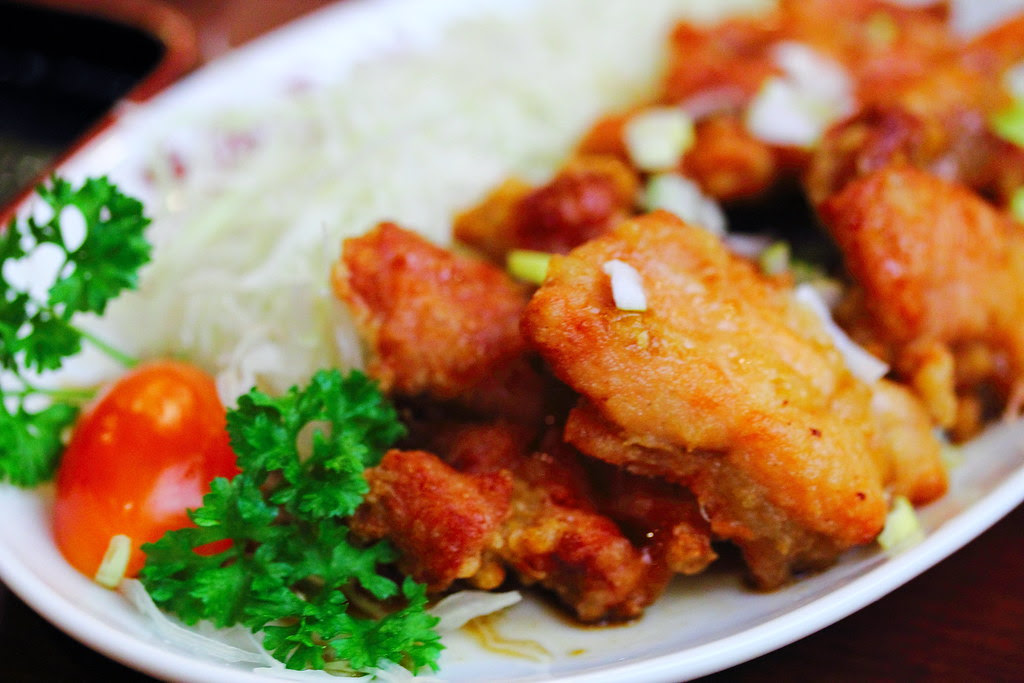 The Fried Chicken with Negi Sauce ($5.90) coated with a light spring onion sauce was fried to a golden brown crisp, tender and juicy inside. 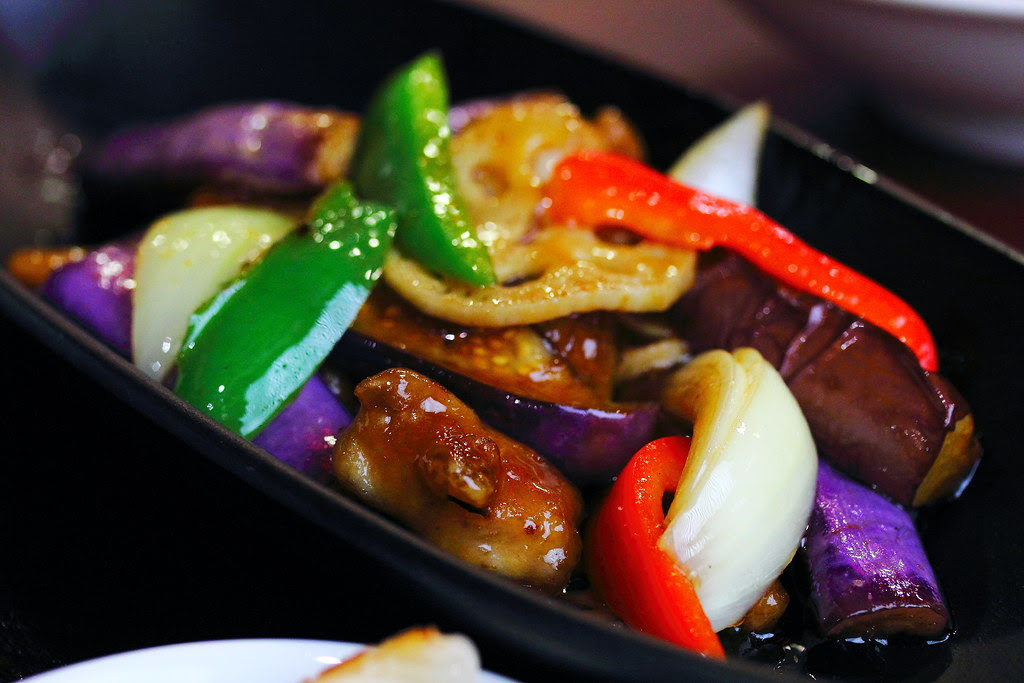 The ala carte items in the menu also are available in sets. I had the Black Vinegar Fried Chicken Set ($15.90) which comes with the main, 3 pieces of gyoza, a bowl of soup and rice. Stir fried with lotus roots, capsicum and eggplant in Japanese black vinegar sauce, the chicken was tender and flavourful. 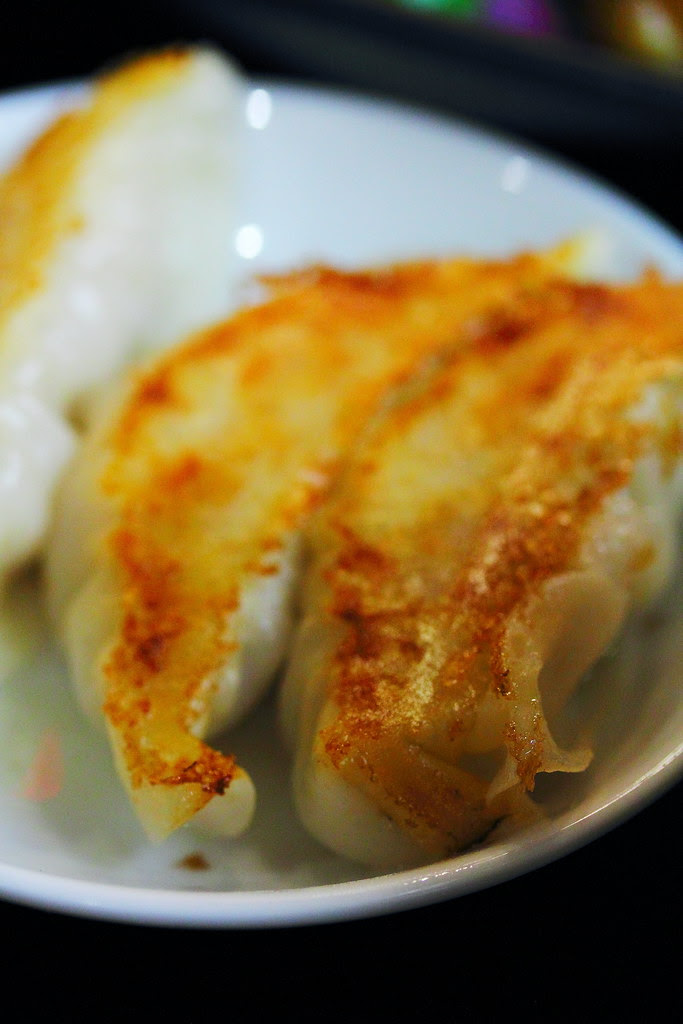 The star definitely is the Gyoza ($3.90 for 6pc, $7.80 for 12pc) at Osaka Ohsho. The gyoza is pan fried to a deliciously crisp on one side yet tantalisingly moist within. The nice balanced filling is made with a combination of tender pork shoulder and leg cuts as well as cabbage, garlic and ginger. The skin freshly made daily with Japanese flour was also delicately thinner than others I have tried.