Behind the Planning of Makan Gathering @ High Society Mansion 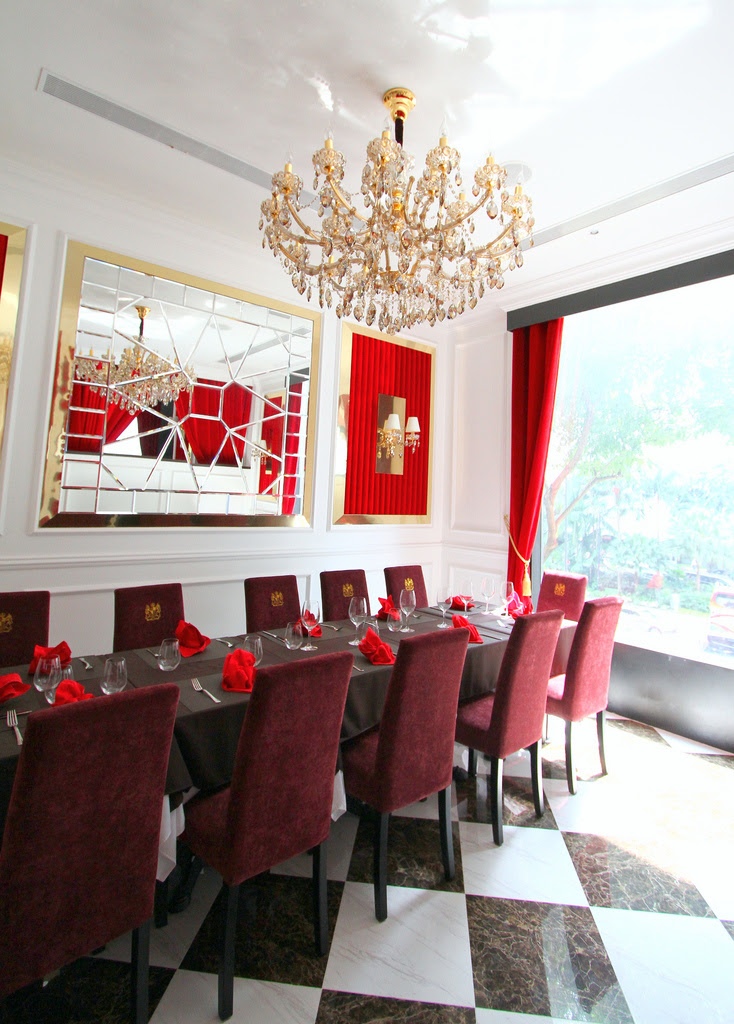 Reflecting on the Makan Gathering on 03 November 2012, it was an event that was filled with lots of different emotions. Both Maureen and me were so stress leading up to the event that we have sleepless nights and kept asking each other whether we will ever do it again? I will leave the answer to the end of the post cause we ourselves said this to each other, "ask me again after the event".

Those that follow our blogs will know that we organised regular makan trails and the latest was a hawker trail to Tiong Bahru Market and Food Centre. Usually these makan gatherings were kept to a closely knitted group of friends and a manageable size of 20-30 pax. However, for this makan gathering, we made a brave decision to open it up to EVERYONE. 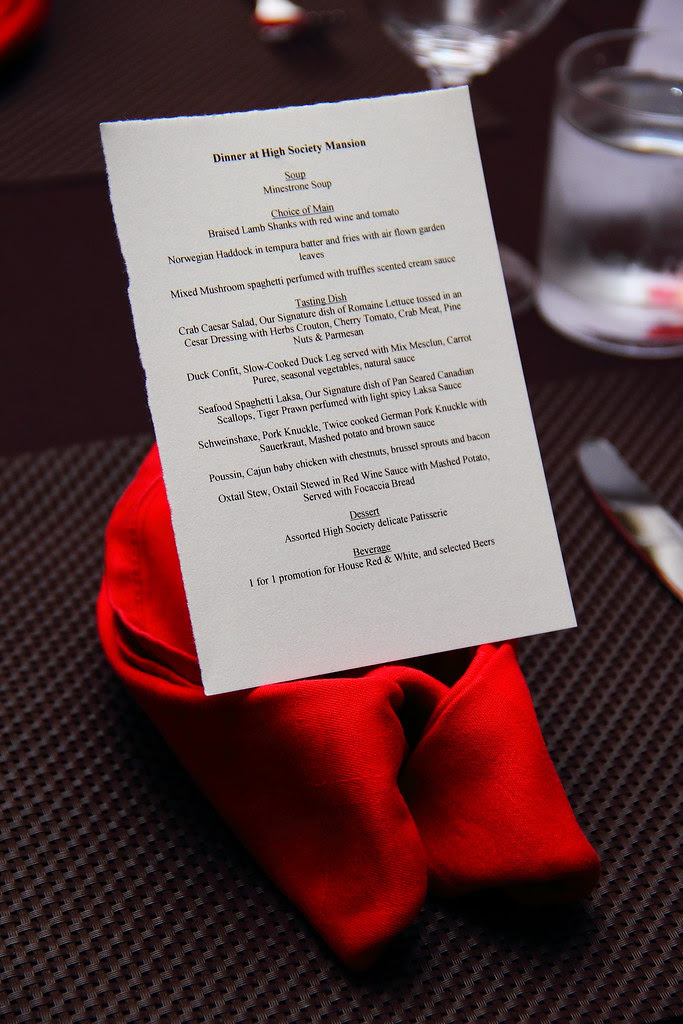 Through one of our tasting sessions, we get to know Kennie from High Society and we thought maybe we can do a sit down dinner instead of the usual hawker trails. Kennie was very receptive and supportive of our idea and a menu was soon drawn up for a fix price of $35 per pax.

The initial plan was to limit the makan gathering to 40 pax but as we sent out the invites on facebook, we realized we got to know so many wonderful friends along our blogging journey and we ended up with 70+ pax in our invitation. Very soon 50+ pax RSVP with us and we were given another challenge by Kennie. If we can reach 60 pax, she will add another 2 more tasting dishes to the menu.

THANK YOU to all the support from fellow bloggers, hotel marcom, PR and readers. We have 62 pax in total turning up for the makan gathering at High Society Mansion on 03 November 2012. 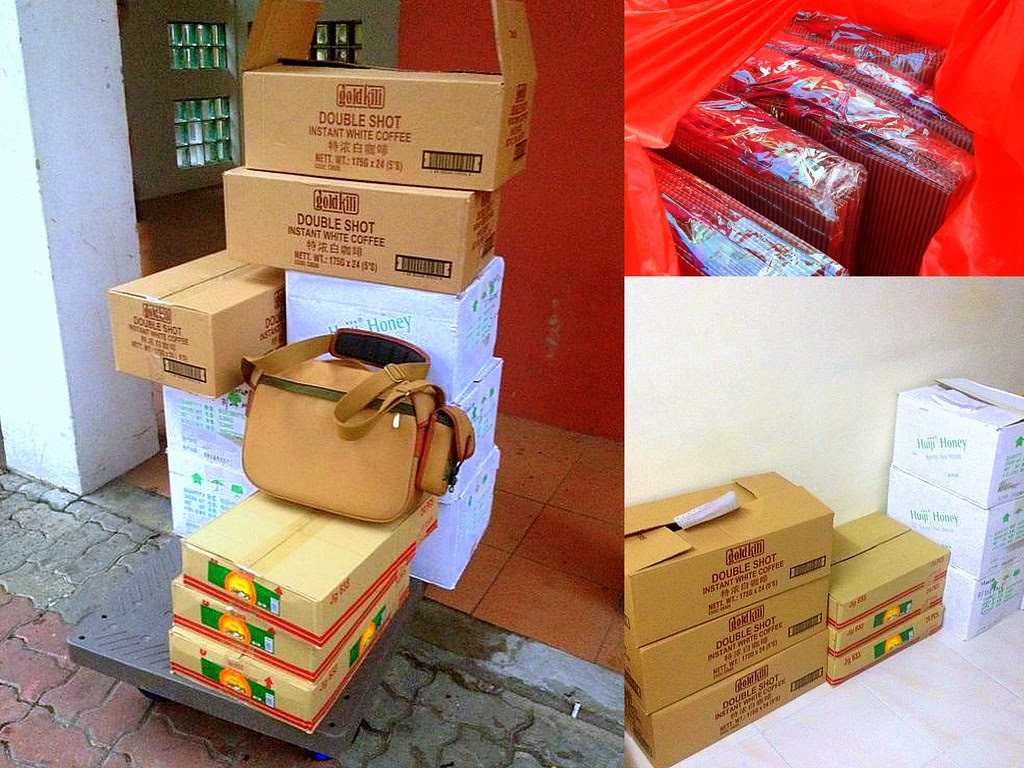 Worried that we may not be able to be a good host, we decided to bring in sponsors so everyone has something to bring back for coming to the Makan Gathering. We are very thankful to Huiji, Gold Kili, Frezfruita, Mouth Restaurant and PARKROYAL on Beach Road for the sponsorship. Thank you Faith, Daniel and Karen too.

As you can see from the photo above, these were the boxes of goodies we need to transport to the venue. The honey weights 1KG and there were 60 bottles = 60KG! These could not be possible without the help from Sherie, Yancai and Chuan Kai. 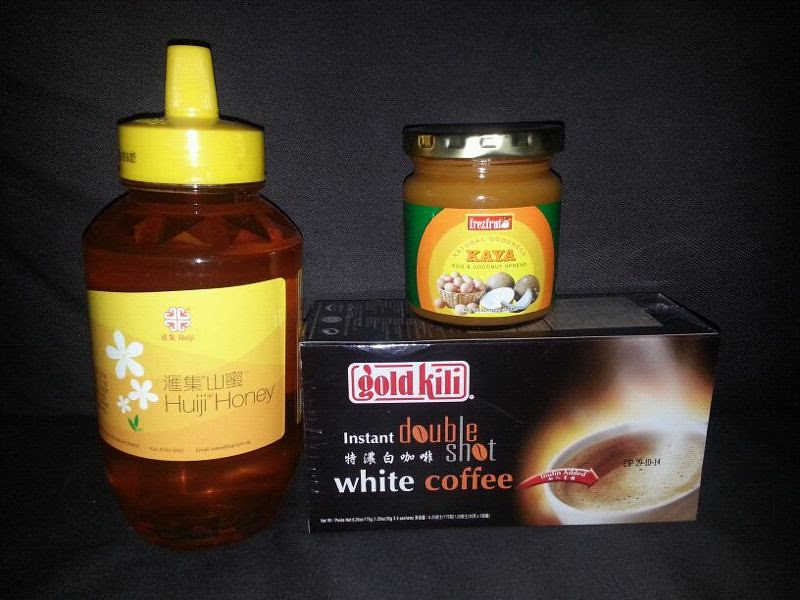 Both Maureen and me came out from out own pockets to get the paper bag for the goodies as we could not find sponsor for it. Each bag cost us $1 and we have to spend $60 getting them. The worst nightmare was the paper bag could not hold the weight of the goodies and we ended up have a few broken kaya bottles. Thank goodness no one was hurt and we apologize for the unfortunate incident. High Society was very kind to our rescue providing us with another 50 plastic bags. Thank you to the staff for cleaning up the mess too. 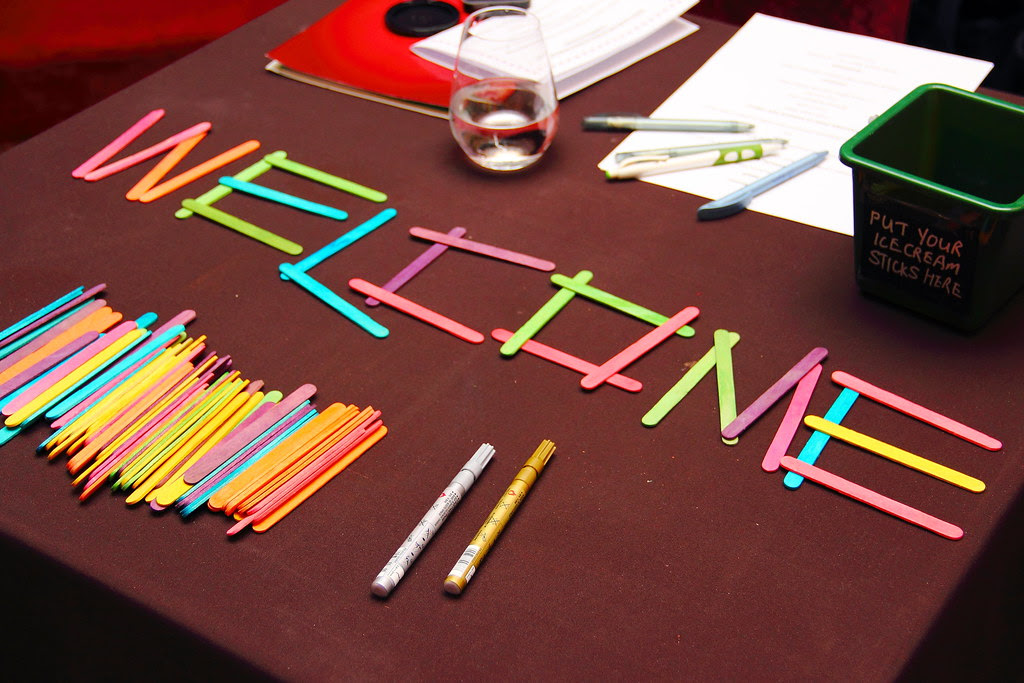 Even Maureen did not know about this as I composite this paragraph. Since I was the only one that arrived early to do the preparation work cause she was held up by traffic transporting the goodies, I had a meeting with the restaurant manager on the flow of the serve and how we can help the kitchen to get out the food at the same time to everyone.

I have to thank Rae, Celes and Jiayi who came early and helped out at the registration. They played a major role in taking each individual's main order, tallying them for each table for me to communicate to the restaurant manager and hence the kitchen. 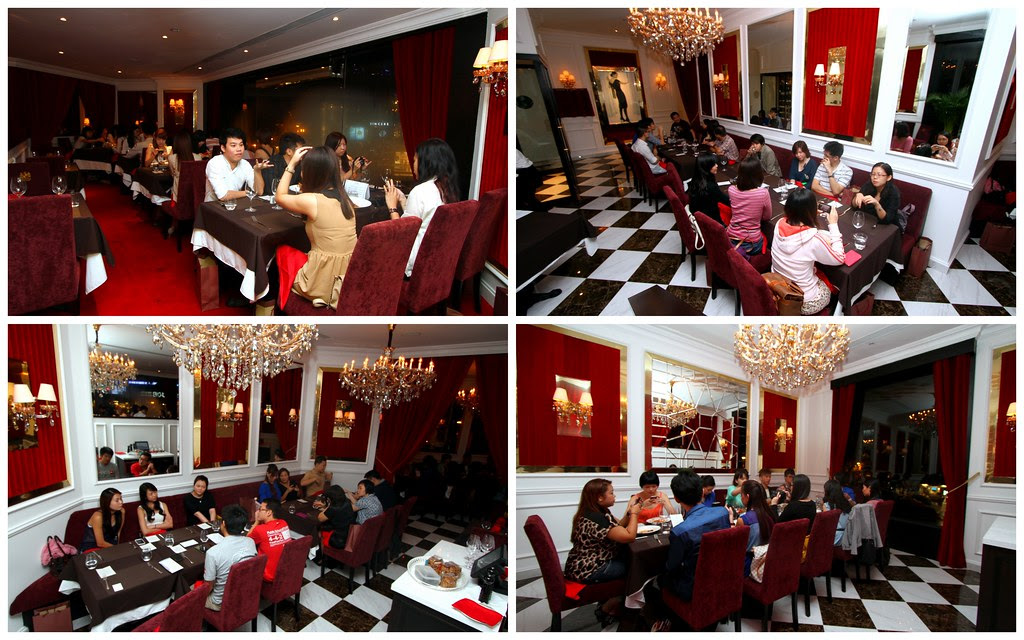 Unfortunately this was also a lesson learnt for both of us. In hoping to get the best return for the guests who had paid $35 each for the dinner, we have gone for quantity instead of quality. While we could not control the food quality, we hoped the ambience, company and laughters made up for it. 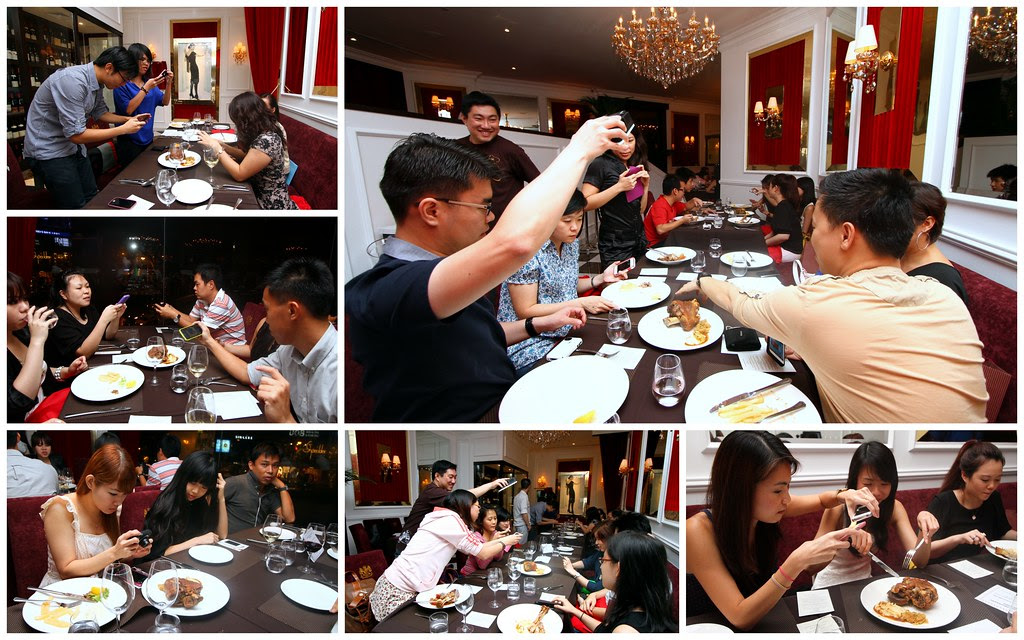 The highlight of the night was an instagram competition whereby contestants had to submit a photo using only their camera phone for the Pork Knuckle dish. Glad to see so many participation! 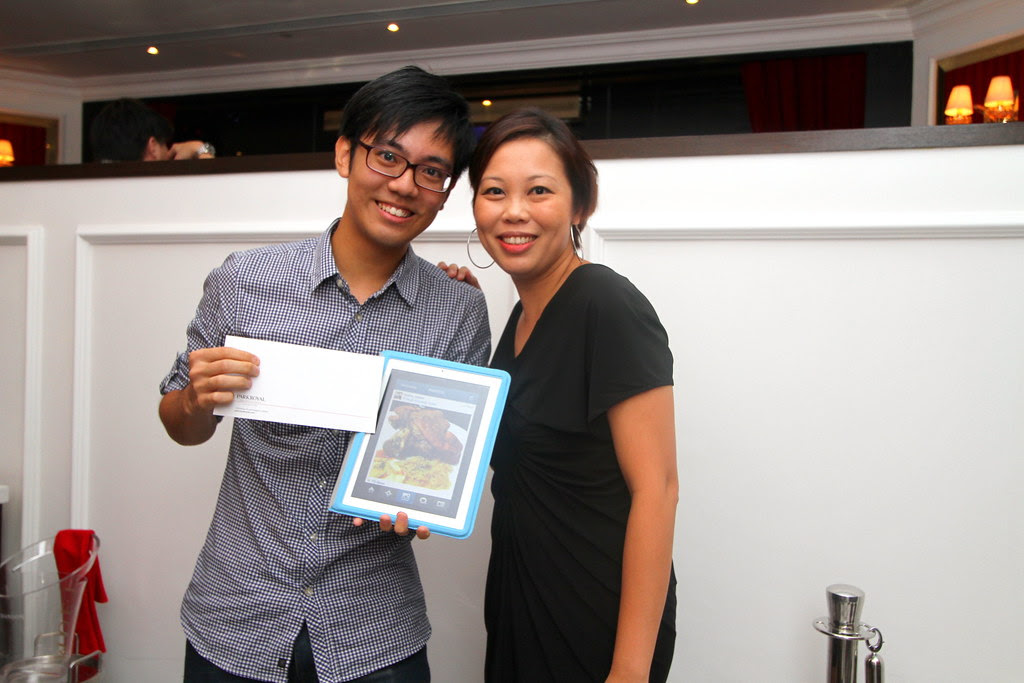 Jackson (alpha_nique) is our winner for the instagram competition. He won himself a buffet for 2 at PARKROYAL on Beach Road. 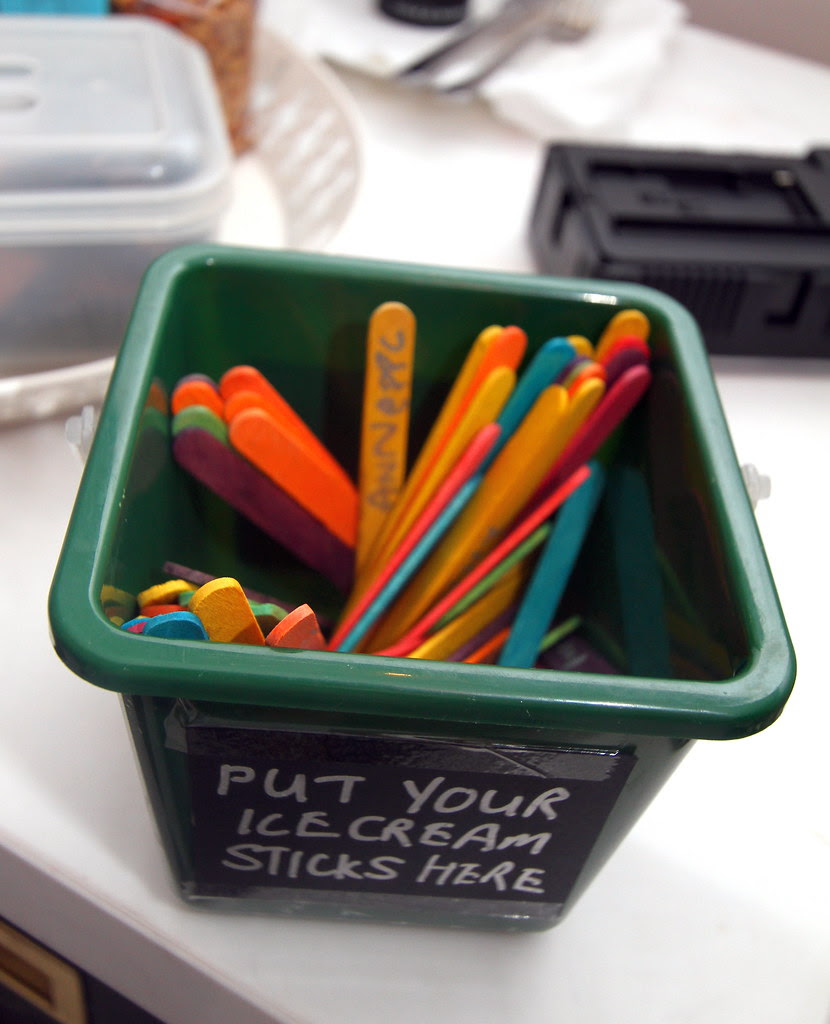 When the guests arrived for the makan gathering earlier, they were asked to write their name on the ice cream stick during registration and dropped them into the little bucket for lucky draw. 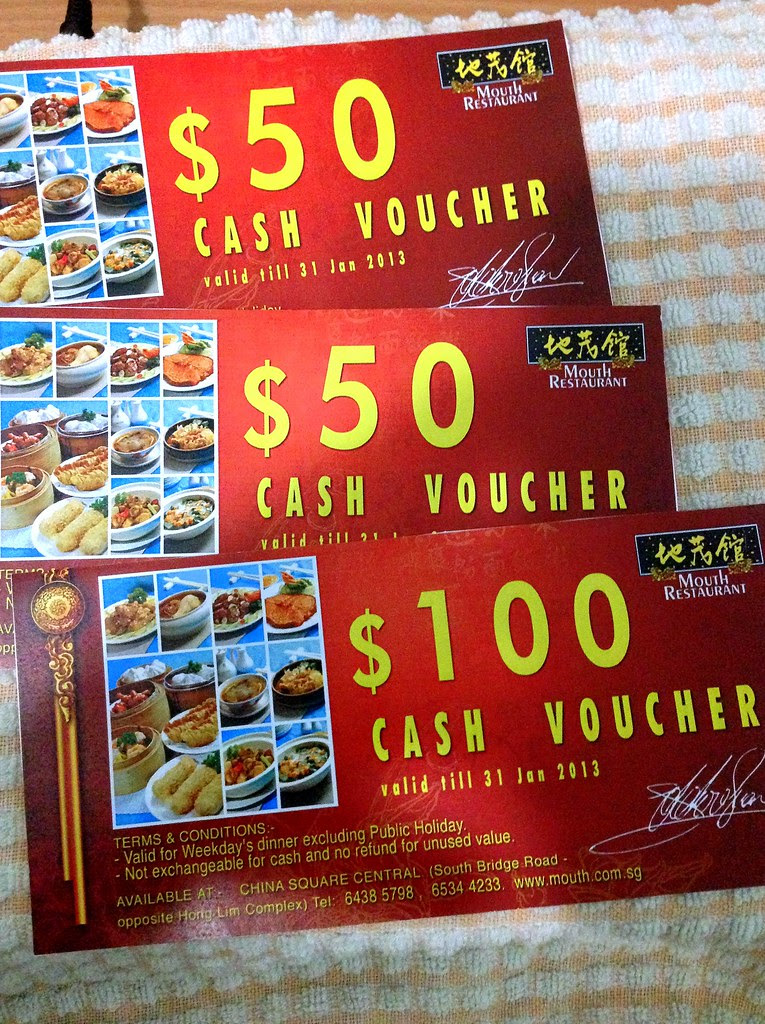 Thank you Mouth Restaurant for sponsoring the dining vouchers for the lucky draw. 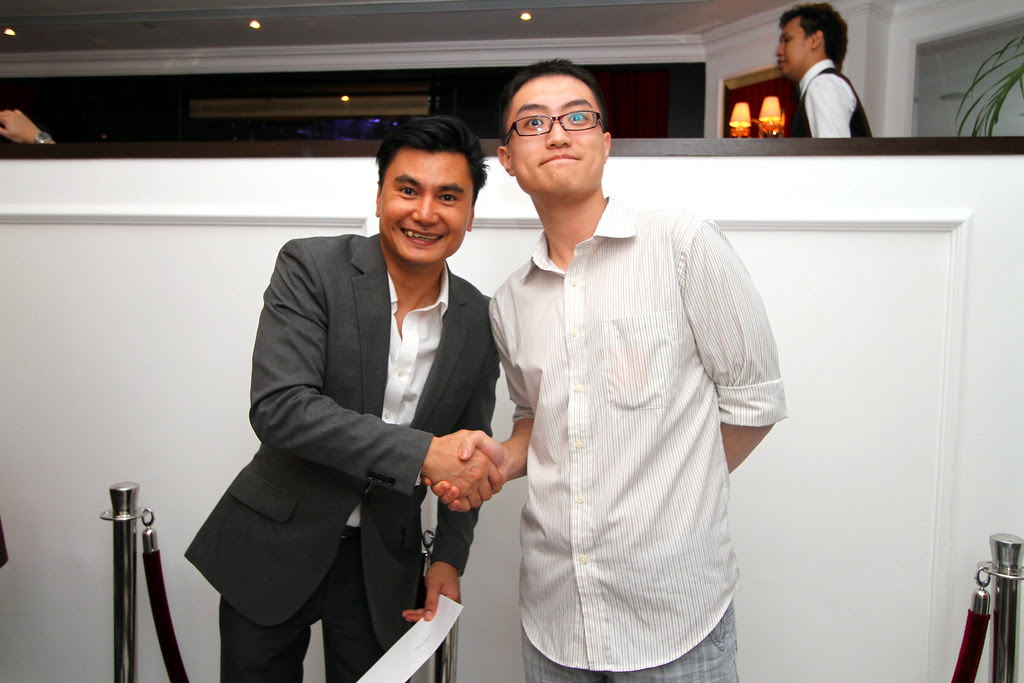 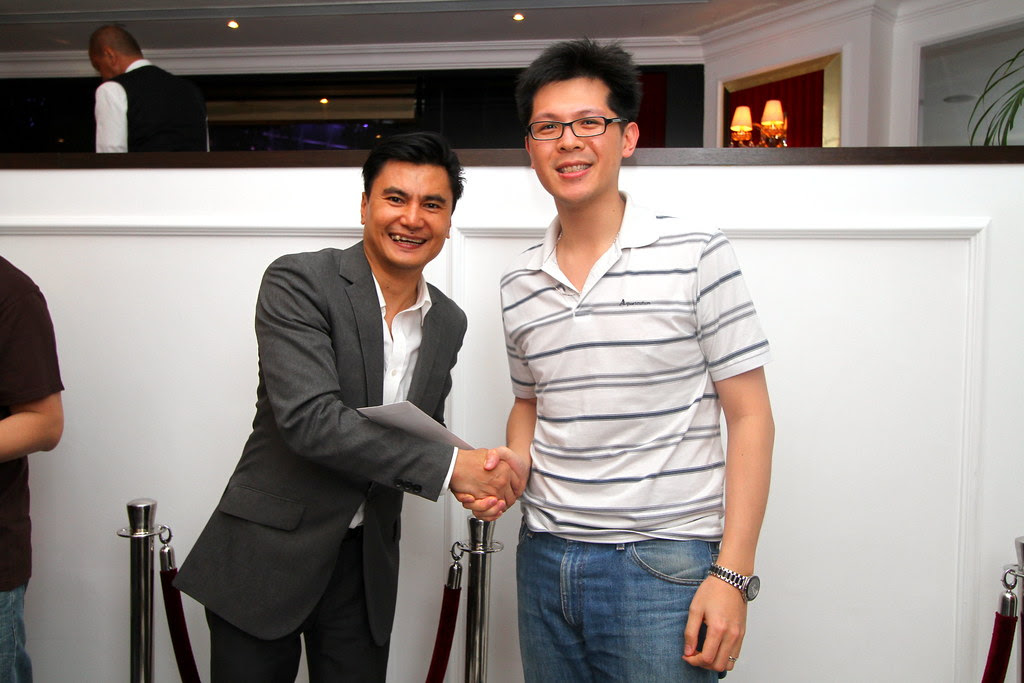 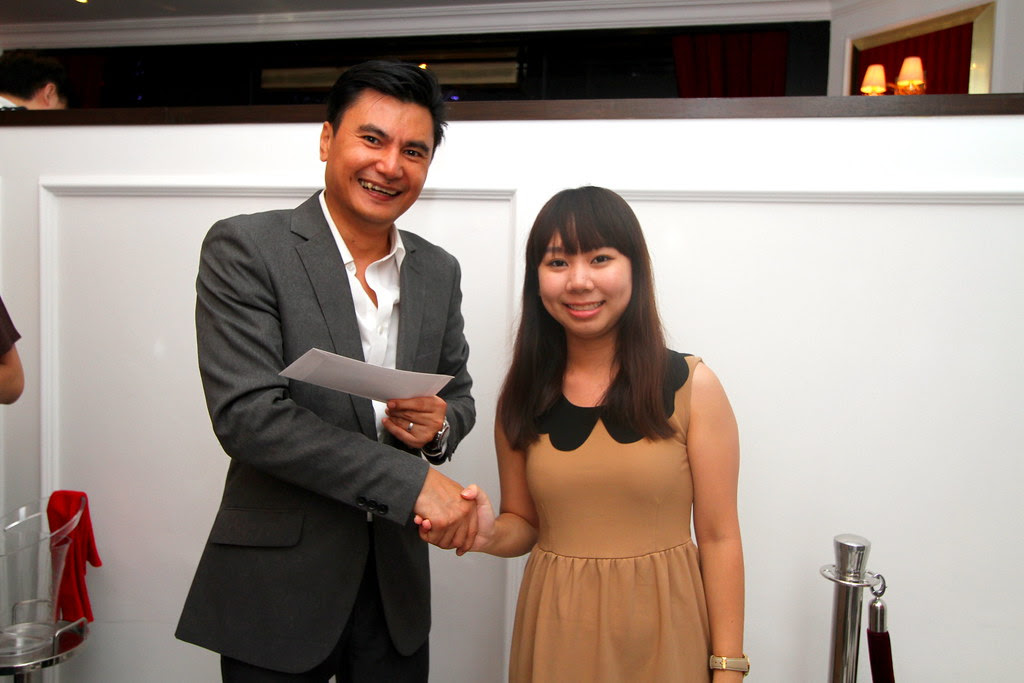 We got Shaharin the restaurant manager to draw the 3 lucky winners. Actually I wanted Maureen to draw but she said cannot lah later people say we 'kelong'. Haha these were the little details we have to even considered. Anyway congratulations to the 3 lucky winners! 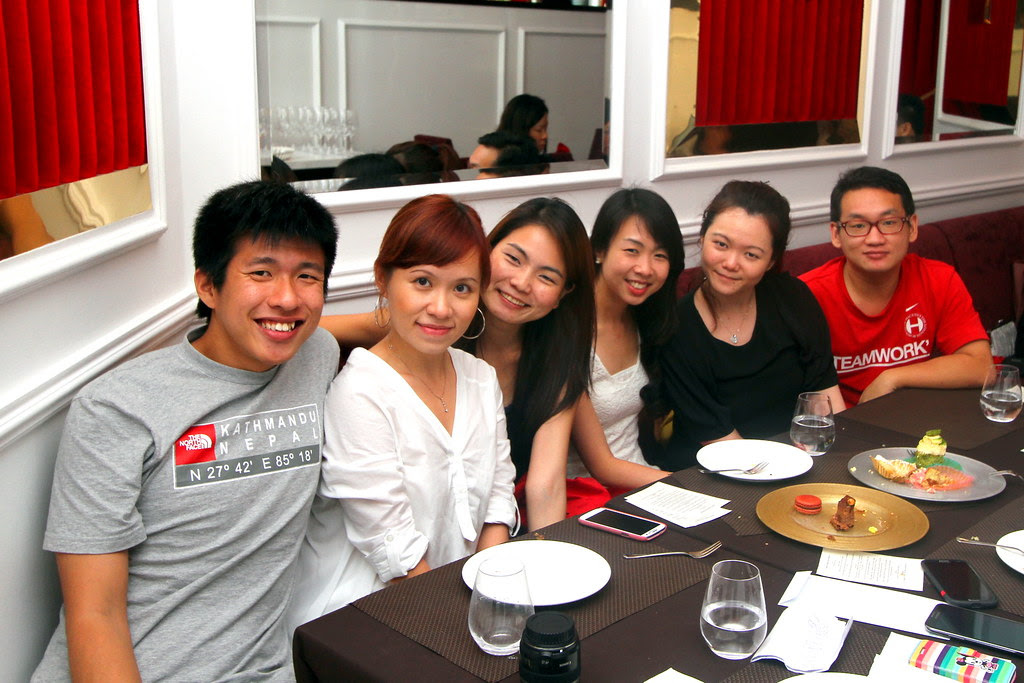 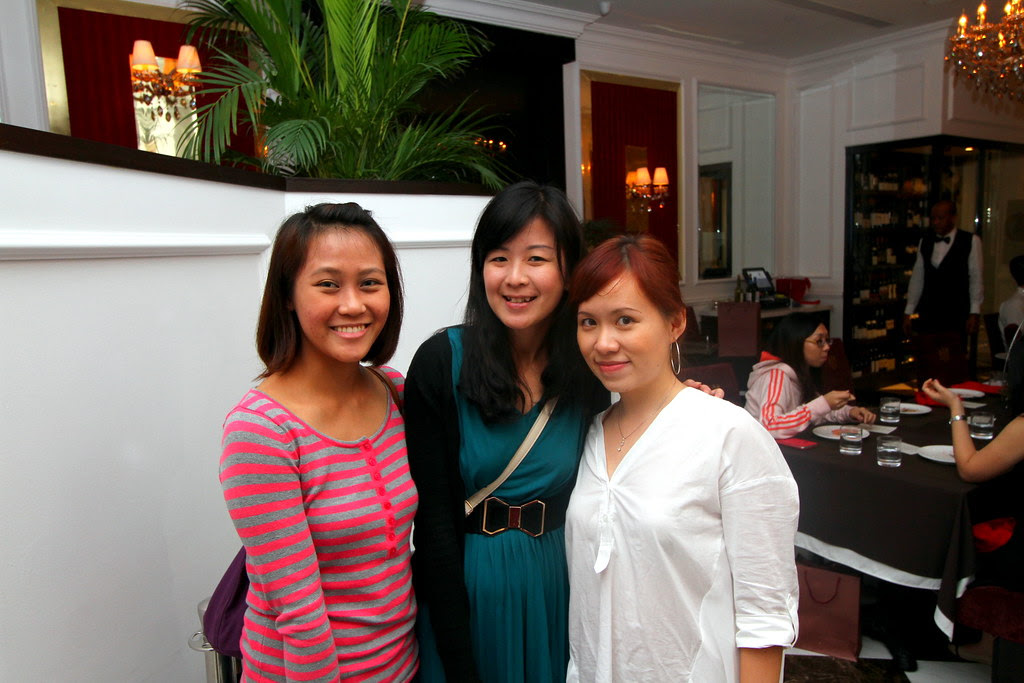 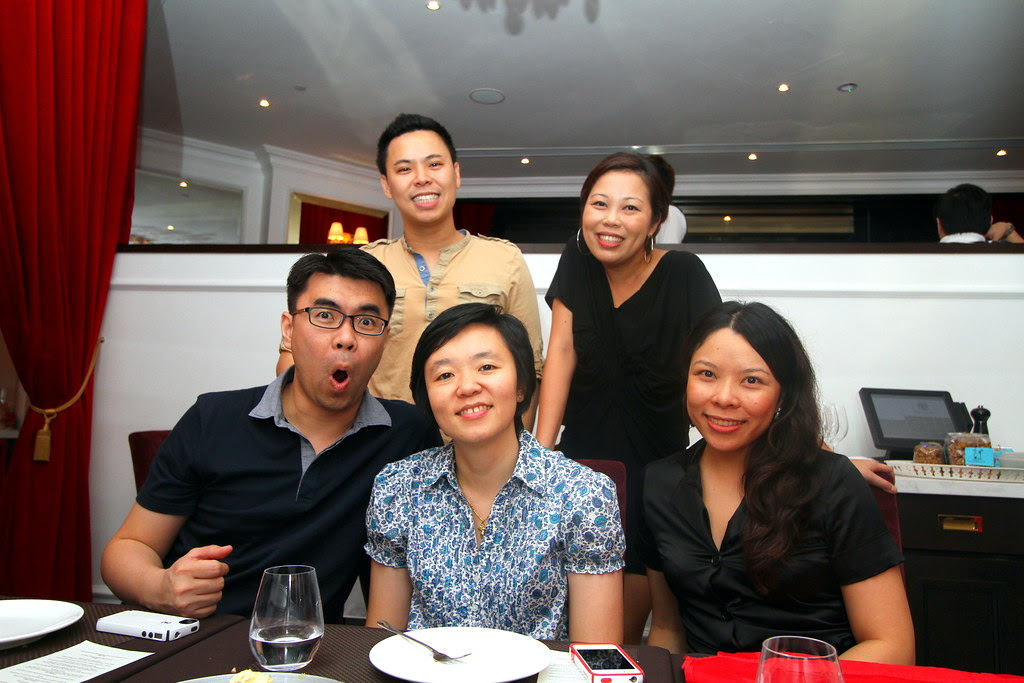 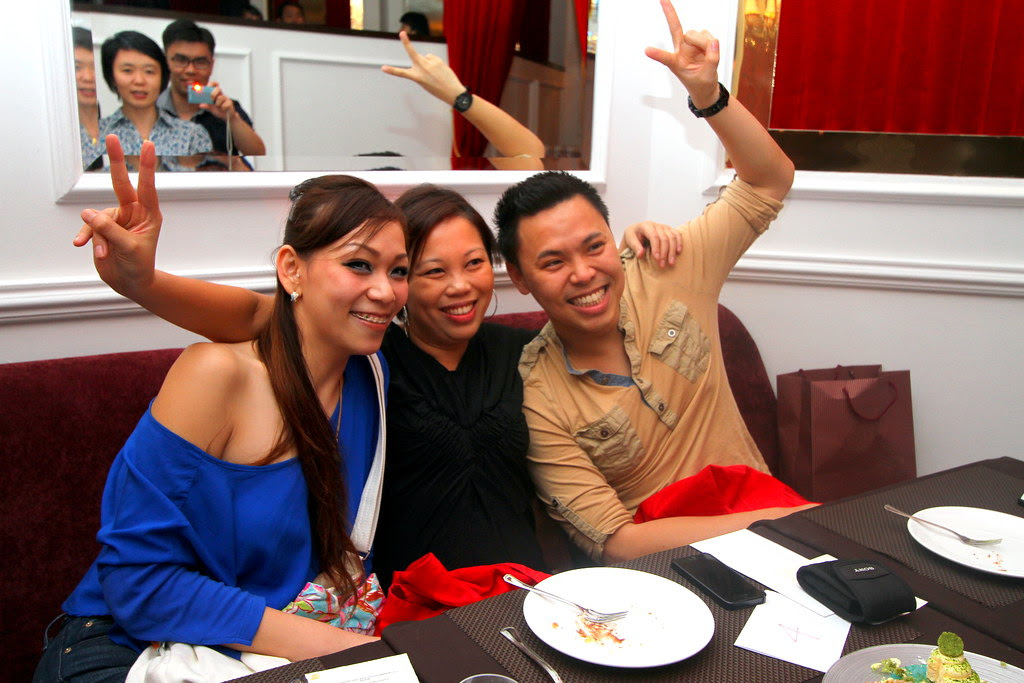 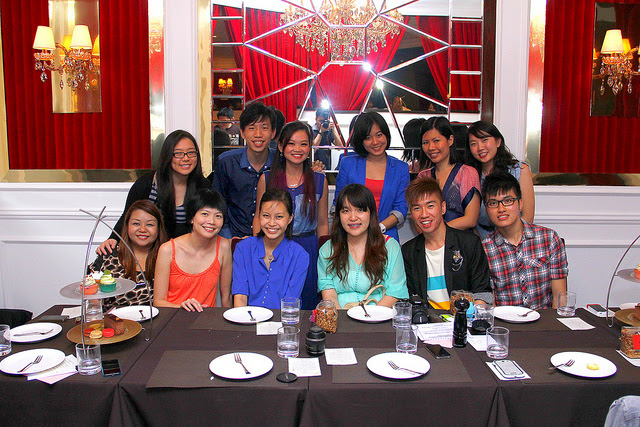 Looking back the photos taken, we were glad to see the smile in each and everyone's face. People bonding and getting to know one another. Just to put the record straight, both Maureen and me were not paid to organise this. We have to pay for our own meal like everyone. In actual fact, we have to cover the cost of the paper bags as well as a misplaced envelope of the dinner money. 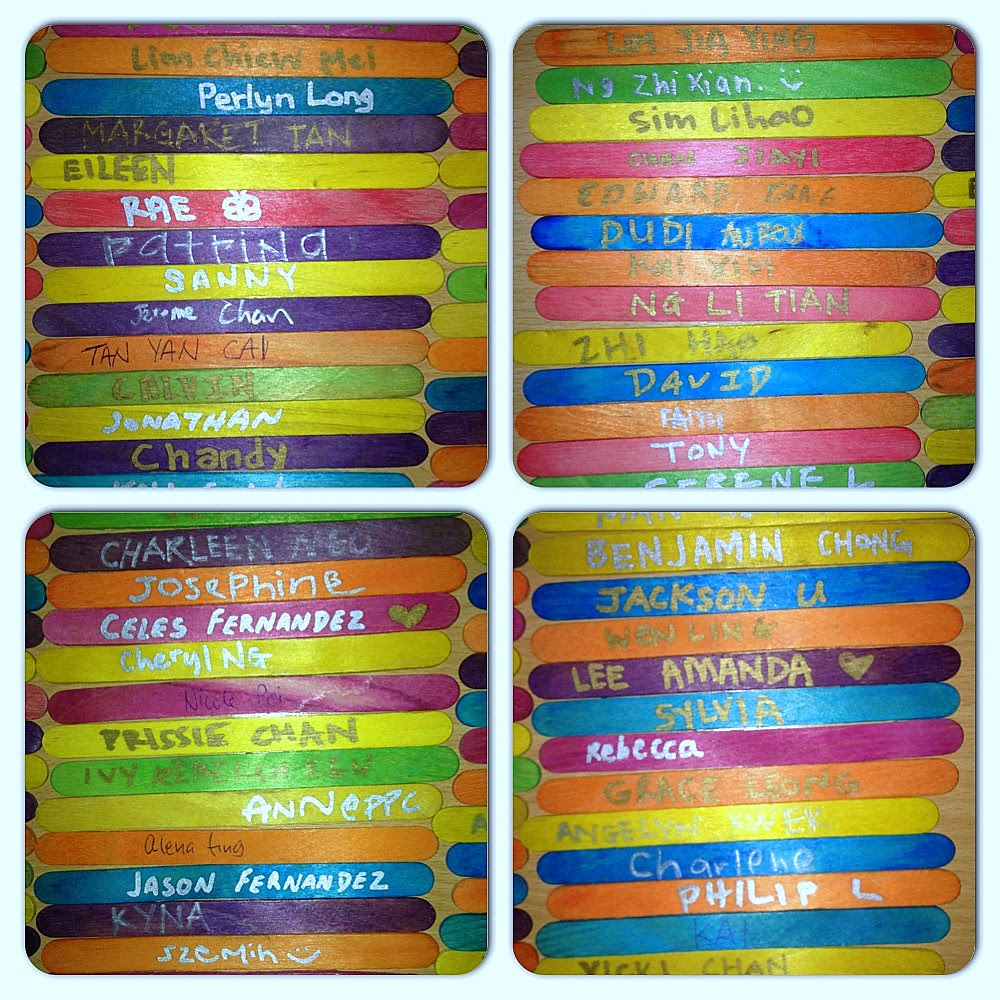 Last but not least, a BIG THANK YOU to all the 60 friends who turned up for the event. Heng! you all never fly our kite, if not Maureen and me probably have to come out more money from our pockets. 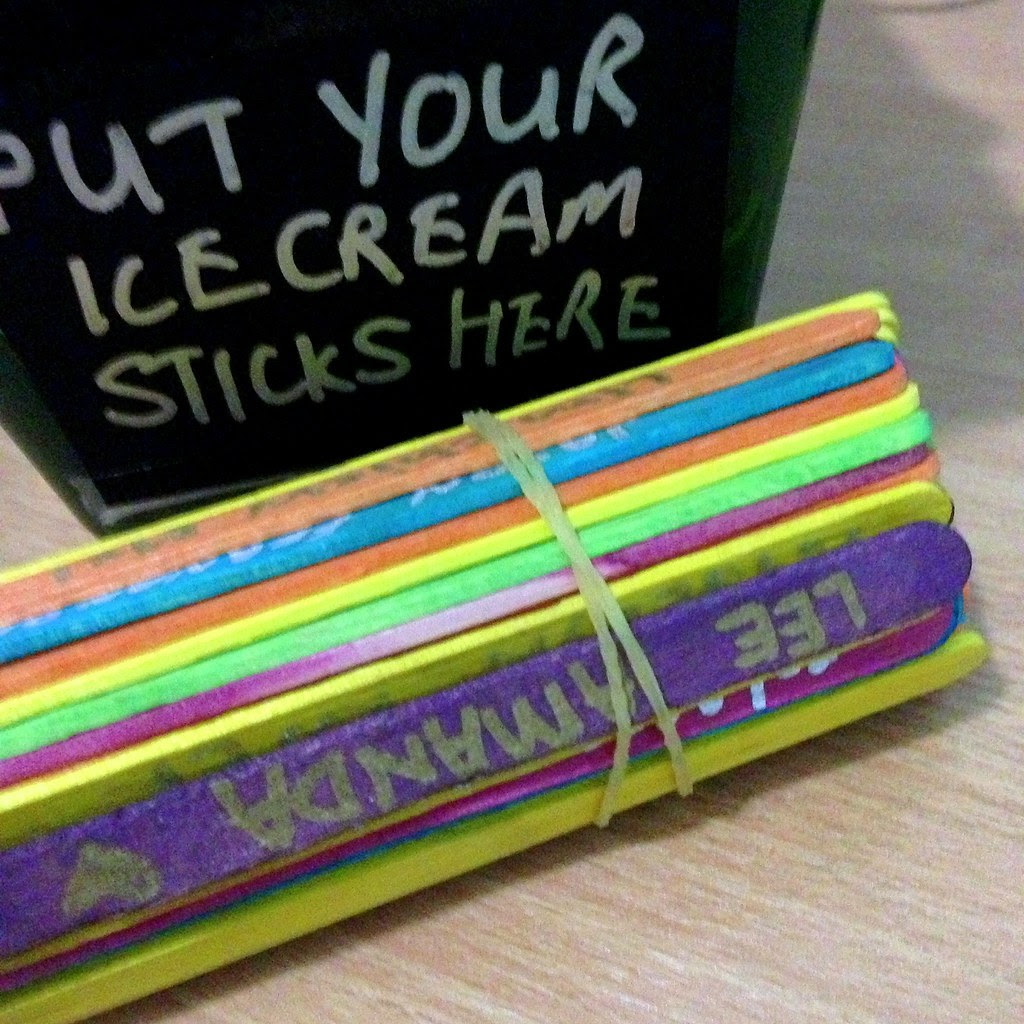 I leave you with a photo of the 60 ice cream sticks that was bonded together with a single rubber band. On 03 November 2012, food has gathered and bonded us together at High Society Mansion. I am glad to know you and have you as part of my life.

So the final question, will we do it again? YES! we will but smaller group.

*Thank you Maureen and Charlene for the photos
Posted by DerrickTan at 1:40 AM

Email ThisBlogThis!Share to TwitterShare to FacebookShare to Pinterest
Labels: Others: Event, Others: Gathering