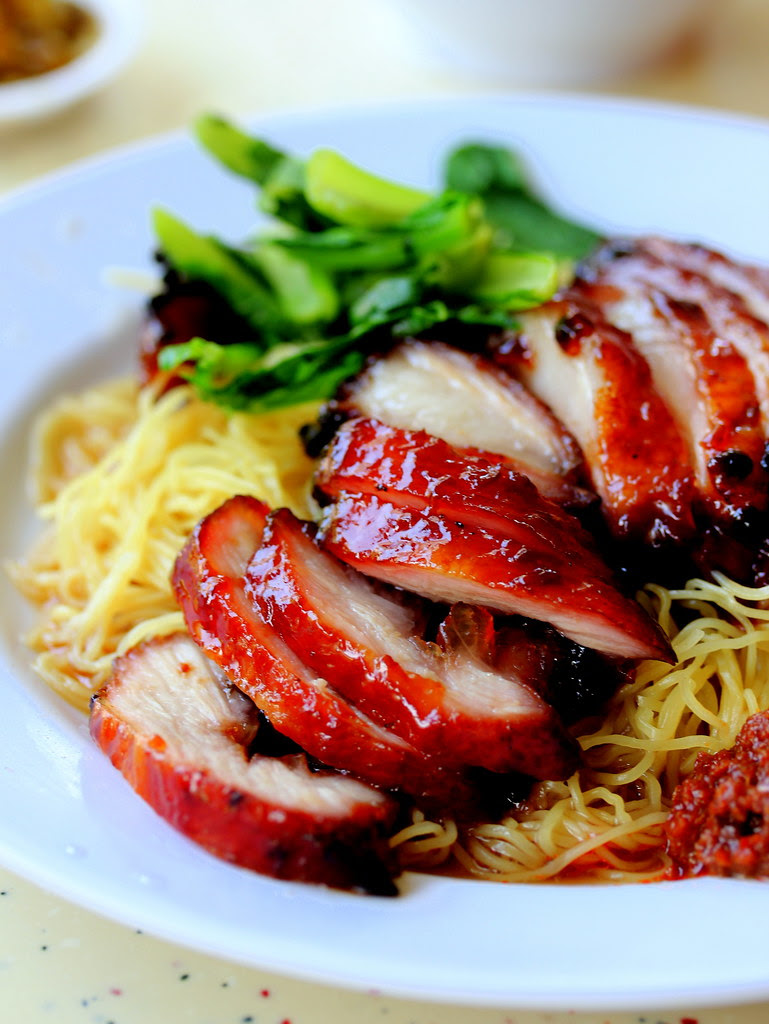 For the seek of planning the next Hawker Trail at Tiong Bahru Market & Food Centre, I went back to the food centre to check out some of the stalls and also to make sure that they are open on Sunday. Maureen was kind enough to help me out and so we were down at the food centre to have lunch and did some inital planning. 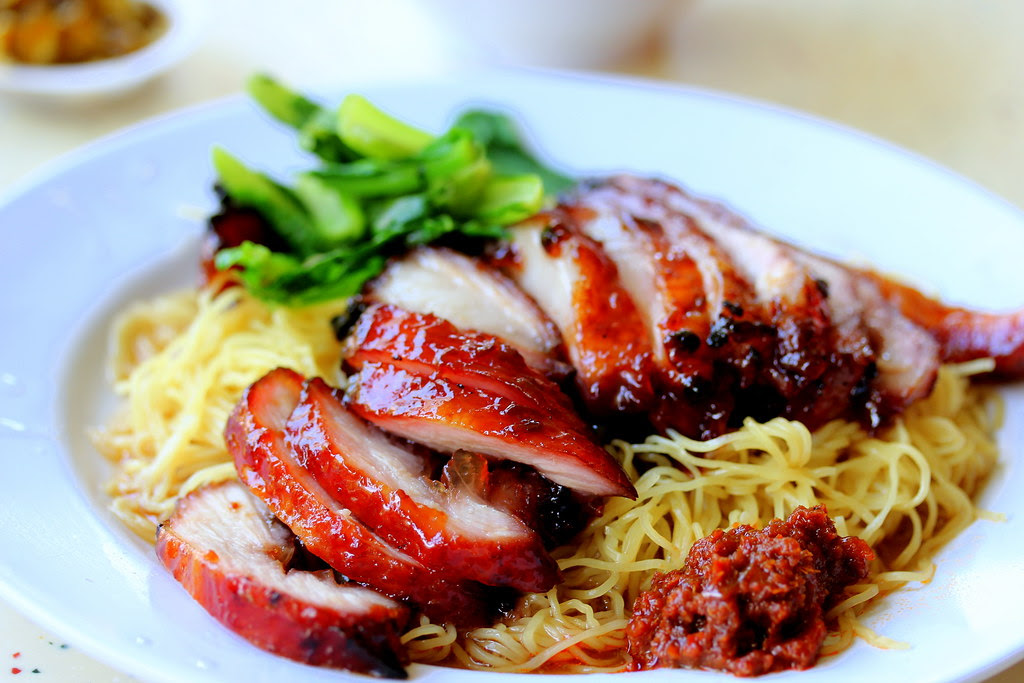 After waiting for a good 30 minutes, the bubbly Maureen came running to me with a plate of Char Siew Wanton Noodle ($5). Derrick! Derrick! I got the "Bu Jian Tian Char Siew (不见天叉烧)" I was like question marks all over my face. She explanined to me that this is the part of the pig that does not see the sky, the pig's armpit. It was the last piece which the stall owner wanted to save it for himself but was kind enough to sell it to her.

Indeed the Char Siew was beautifully marbled with a layer of fats around it. The char siew is more tender and juicy with a well marinated colour and a tad of charred aroma. I am afraid I have raised the bar for a good piece of char siew after having Bu Jian Tian Char Siew.

Direction:
1) Alight at Tiong Bahru MRT station. Take Exit A or B. Head east on Tiong Bahru Road towards Jalan Membina. Walk down Tiong Bahru and turn right onto Kim Pong Road. Turn left onto Lim Liak Street. Walk to destination at the end of the street. Journey time about 10 minutes.