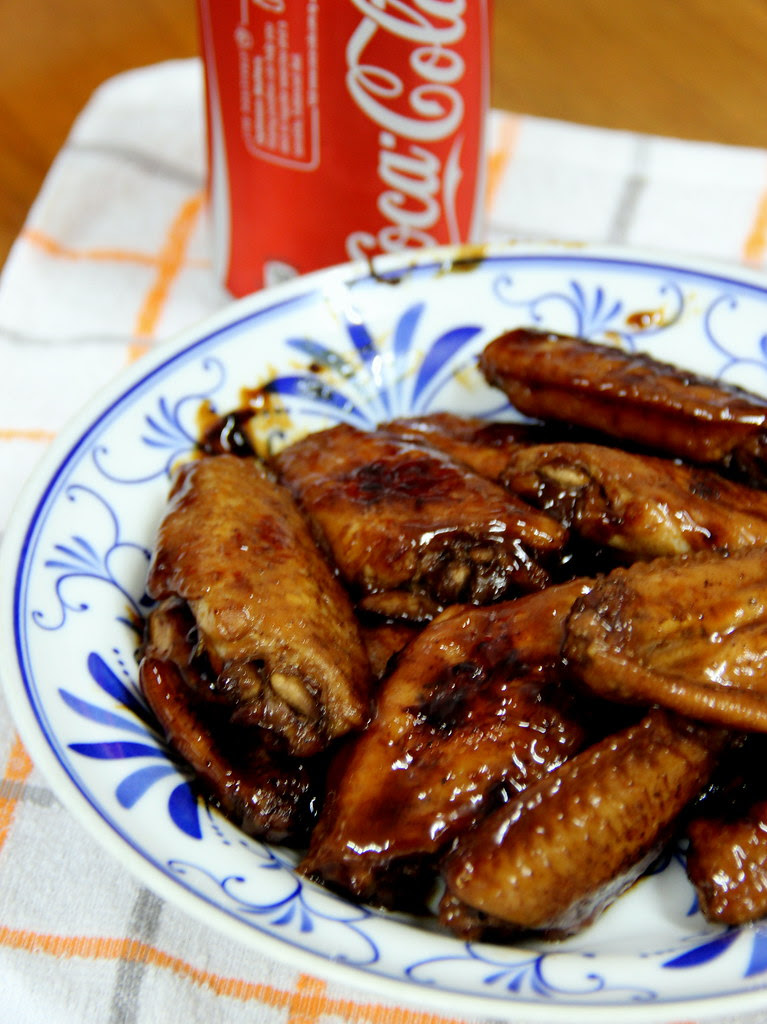 I chanced upon Noob Cook Coca Cola Chicken Wings recipe and I thought it was rather simple and easy. So over the weekend, the Happy Call Double Sided Pan lost its virginity to a novice cook. 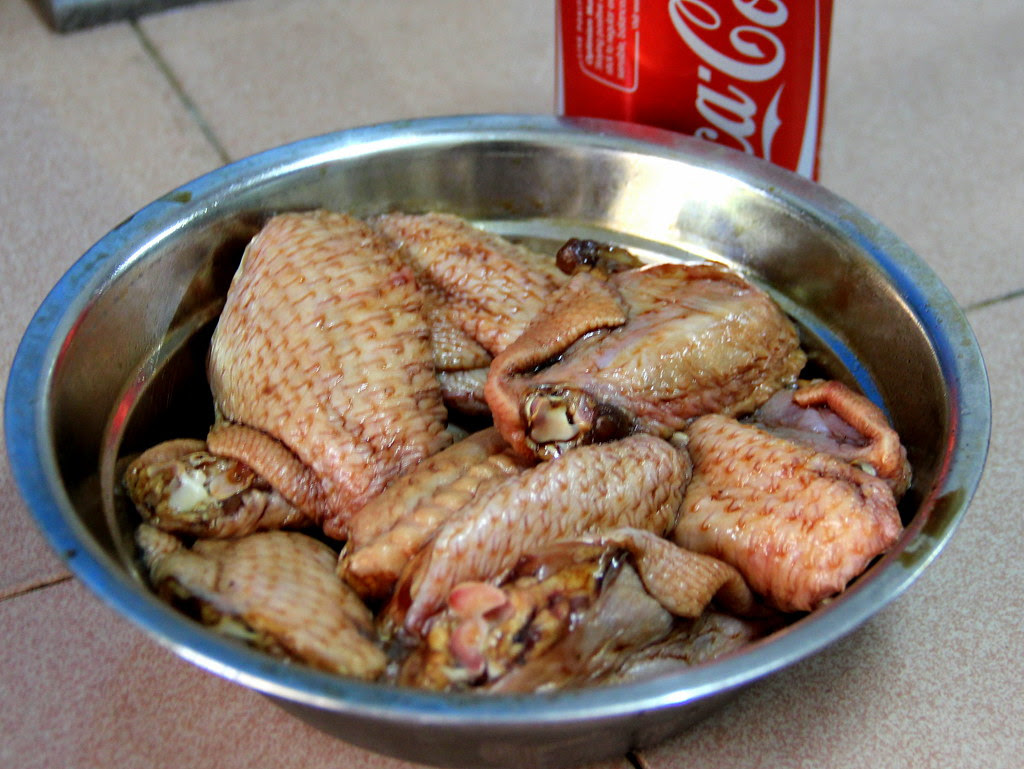 I had 12 mid joint chicken wings marinaded for 30 minutes in light soy sauce, dark soy sauce and sesame oil . Noob Cook recipe mentioned to marinade for 15 minutes but I double it hoping that the meat will be more flavourful. 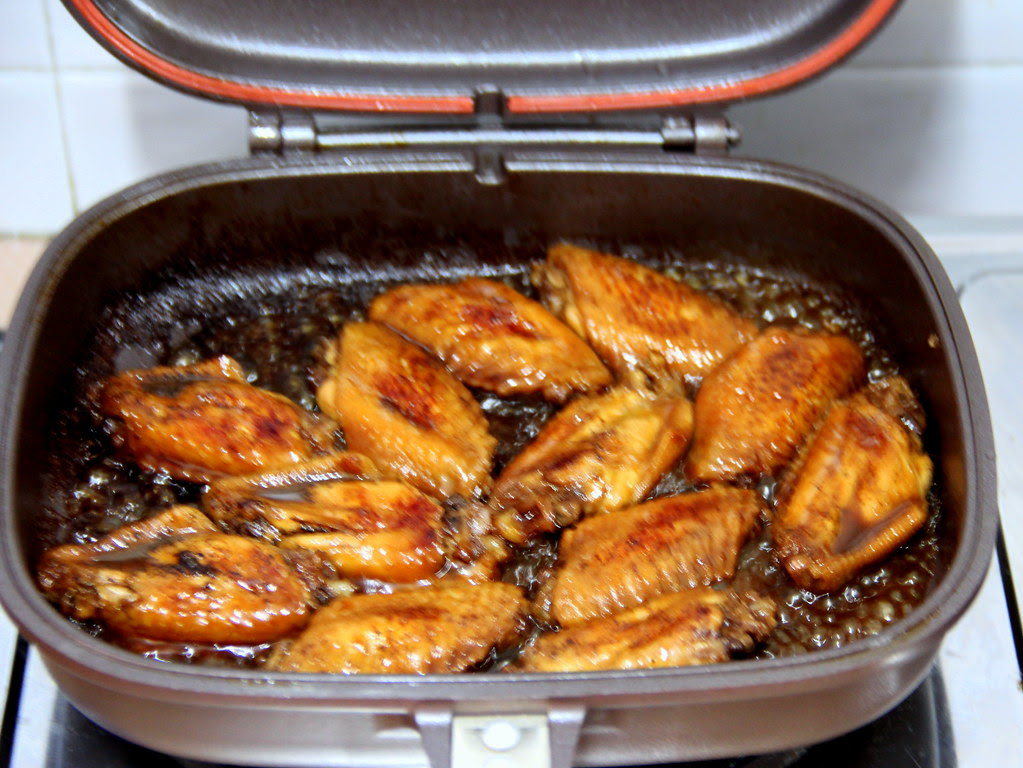 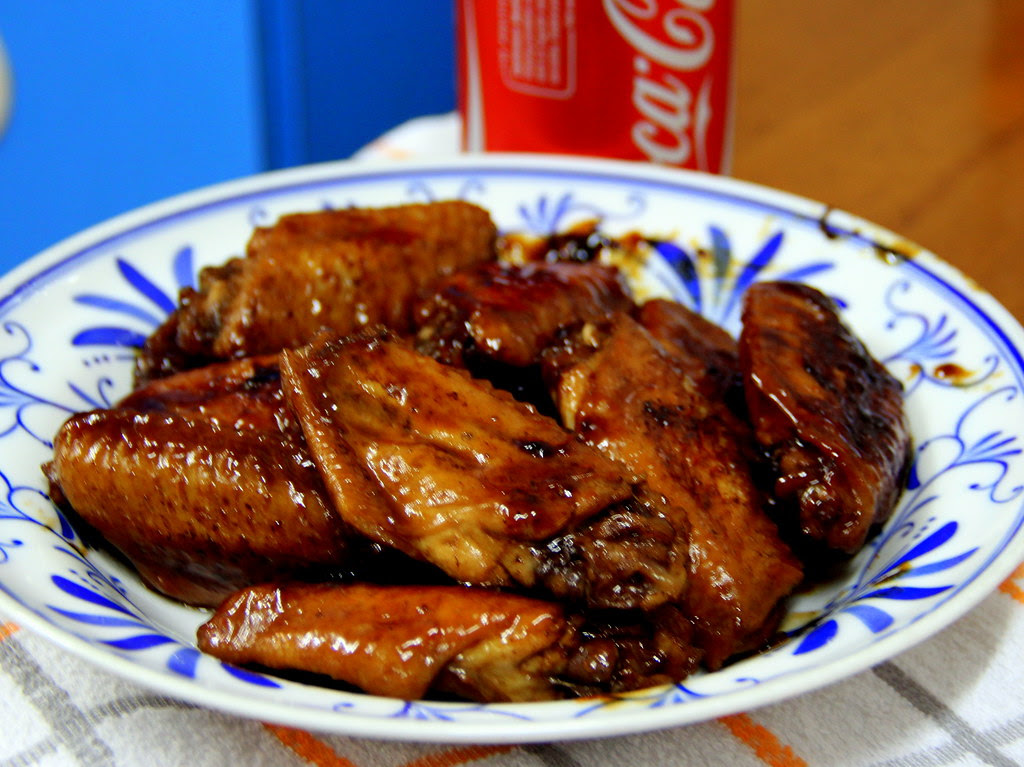 After about 30 minutes... this is my final product! Coca Cola Chicken Wings. It looks yummy isn't it?