Flavvors The Oriental Cafe is one of the 3 restaurants owned by the Febulous Group. All the 3 restaurants are housed under the same roof at the Orangetee Building at Toa Payoh Hub. Flavvors serves a combination of Peranakan and Chinese cuisines.

The first thing I wanted to try was the Deep Fried Century Egg on the menu. The breaded crust was crispy and nice. Unfortunately, the deep fried probably dried up  the century egg and became rubbery, losing that distinct century egg taste. 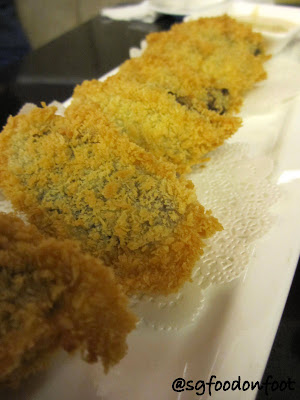 Deep Fried Century Egg 3/5
I liked the crab meat and egg white gravy that was drenched onto the broccoli. It was light and flavourful. It also helped to enhance the taste, texture and appearance. For people that do not like their greens, this probably will help to change their opinion. 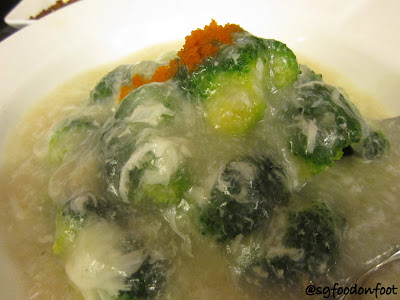 Broccoli with Crab Meat & Egg White 4/5
I ordered the Deep Fried Chicken with Marmite Spicy Sauce to round off my dinner with a protein. The Marmite flavour was distinct and rich. I was delighted as usually it turned out quite mild in flavour. 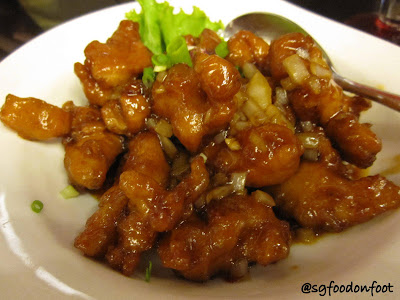