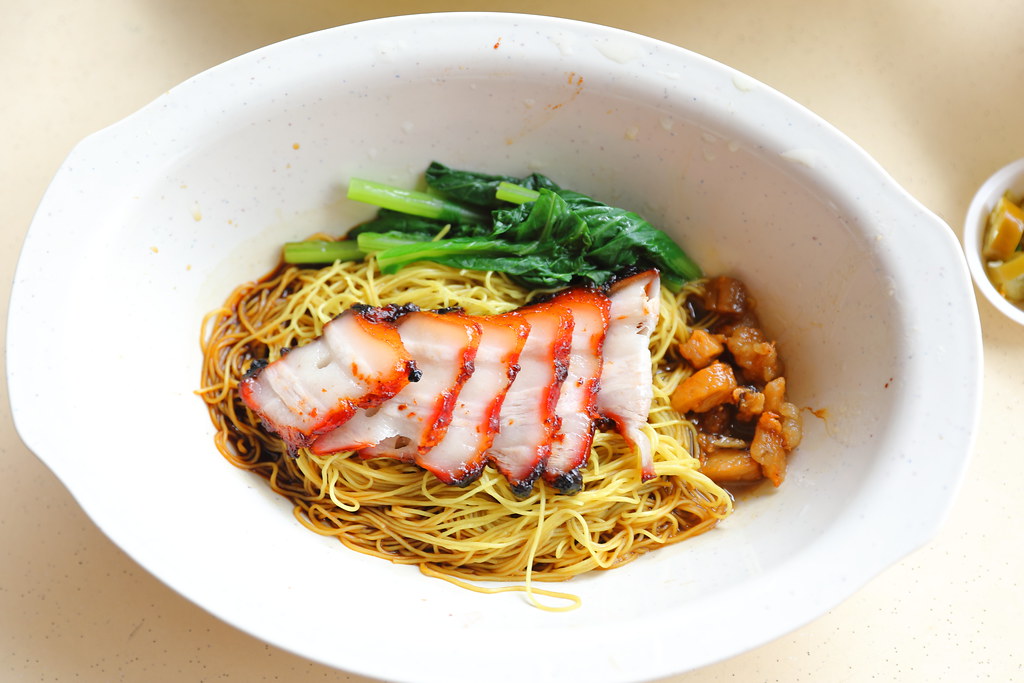 I had heard of the snaking queue with waiting time up to 2 hours at Chef Kang Noodle House when it first opened in December 2018 at Jackson Square. You can't blame the popularity of the hawker stall when it is opened by one Michelin starred Chef Ang Song Kang of Chef Kang's Kitchen. The fairy tale continues with the recent release of Michelin Bib Gourmand 2019. Chef Kang Noodle House is one of the 58 awardees of Michelin Bib Gourmand 2019. What an achievement of the wanton mee stall, winning such a prestige award in less than a year of their opening. 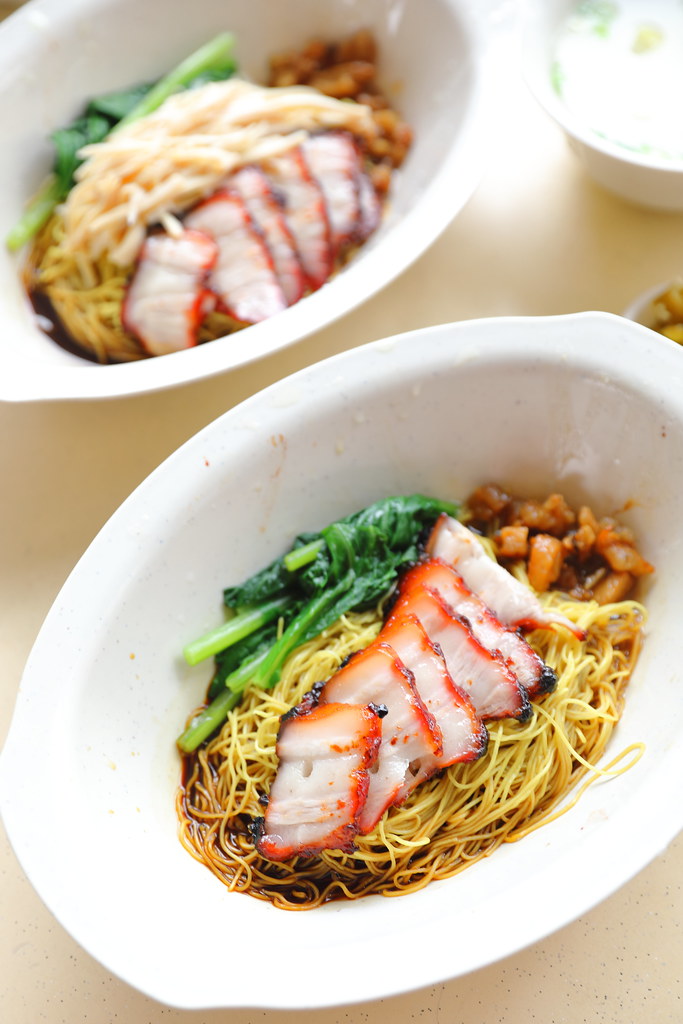 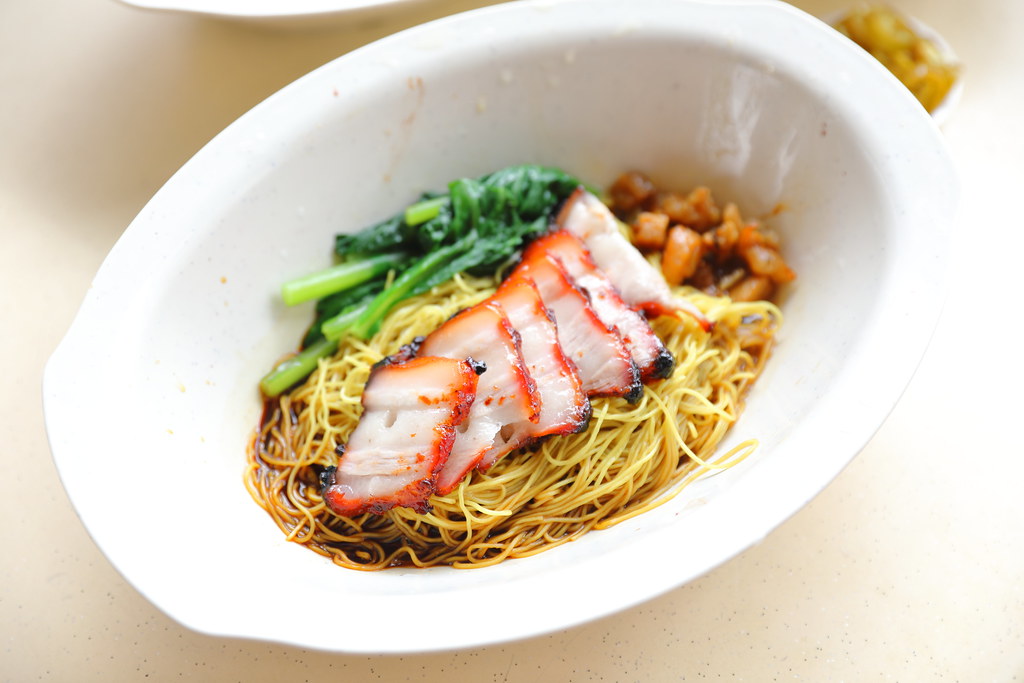 Noodle with Char Siew and Wanton 4.5/5 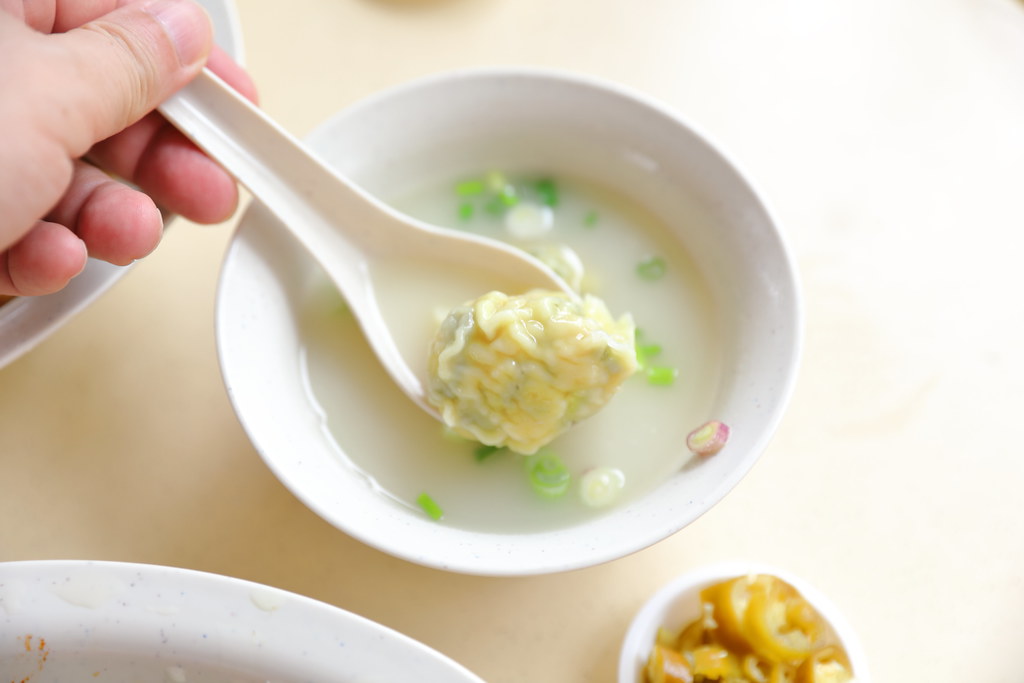 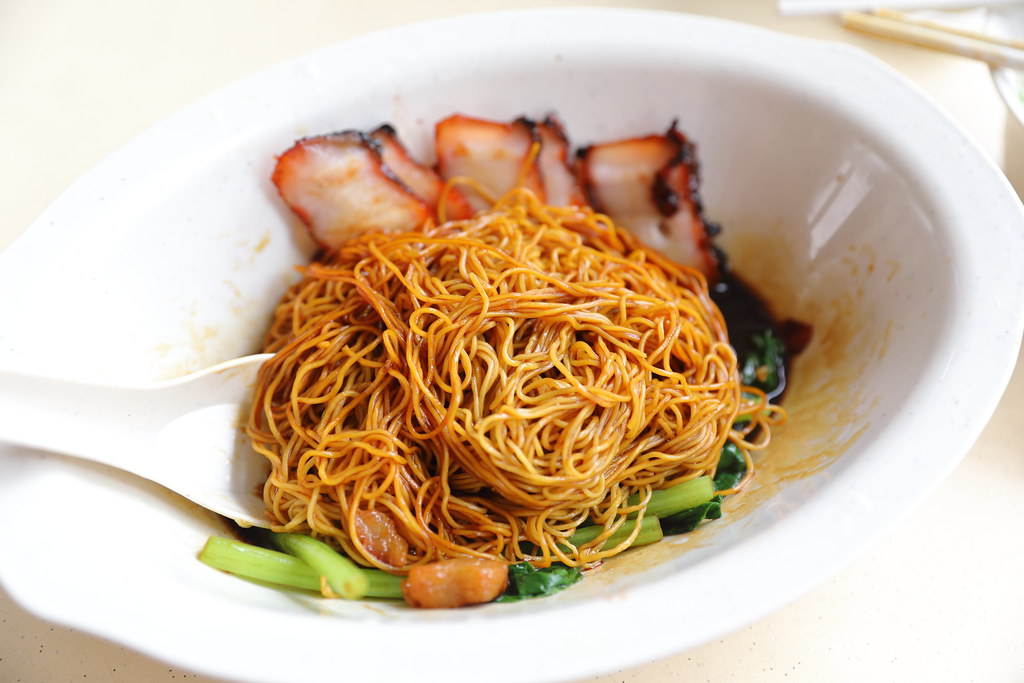 For five dollars, you get a plate of noodle with fatty char siew, pork lard, greens and wantons. What impresses me at Chef Kang Noodle House is down to each component on the plate of wanton mee. The char siew is fatty with a nice char on the exterior. Just look at the layer of fats and lean meat. The noodle is springy with a delightful bite, complemented by the delicious dark sauce. The wanton was plump and generous filling such as prawn, minced pork, black fungus and water chestnut. In fact, I find it more towards a dumpling than a wanton. 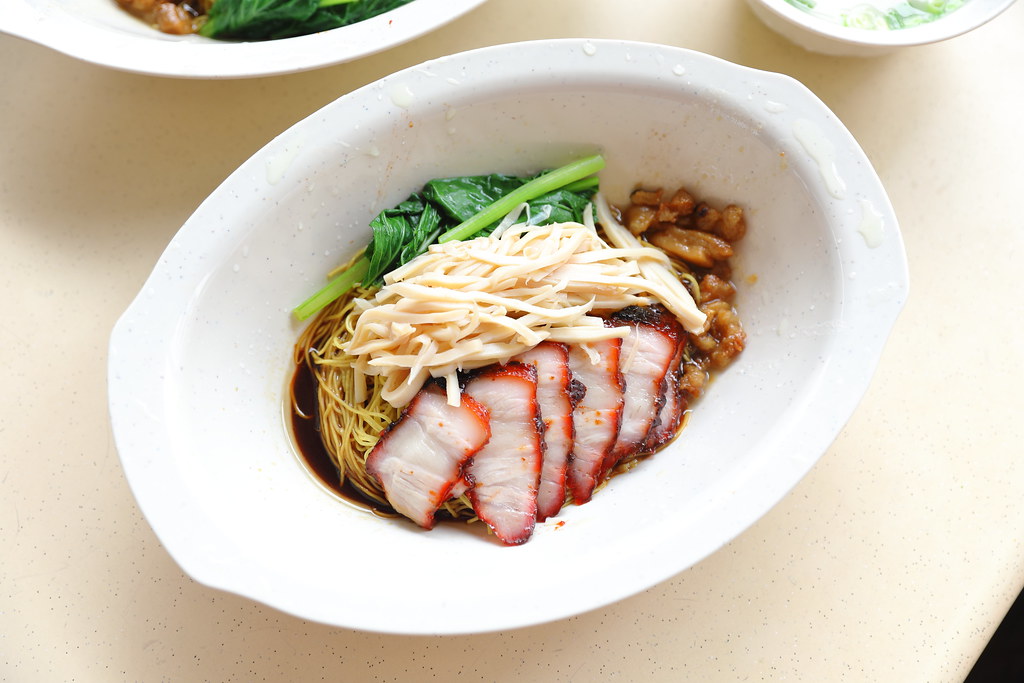 For another extra five dollars, you get shredded abalone with the char siew wanton mee. Initially, I thought the shredded abalone is chicken. It does look like it isn't it? The chicken itself can be quite dry to go with the noodle; hence, the soft and bouncy texture of the abalone is a good replacement enhancing the full enjoyment and balance of the dish. 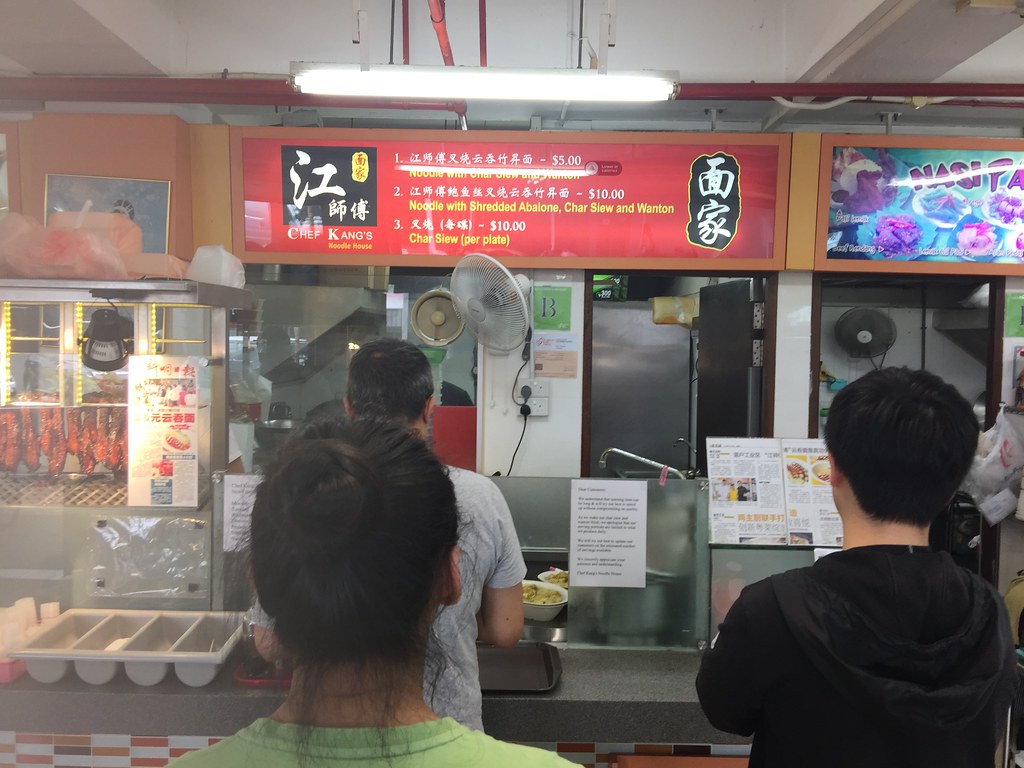 Do note that Chef Kang Noodle House is located inside Jack Square, surrounded by building blocks. Hence it can't be sighted from the main road. One needs to make its way into the industrial cluster, and it is located in the canteen around in between block A and B.

Posted by DerrickTan at 1:50 PM