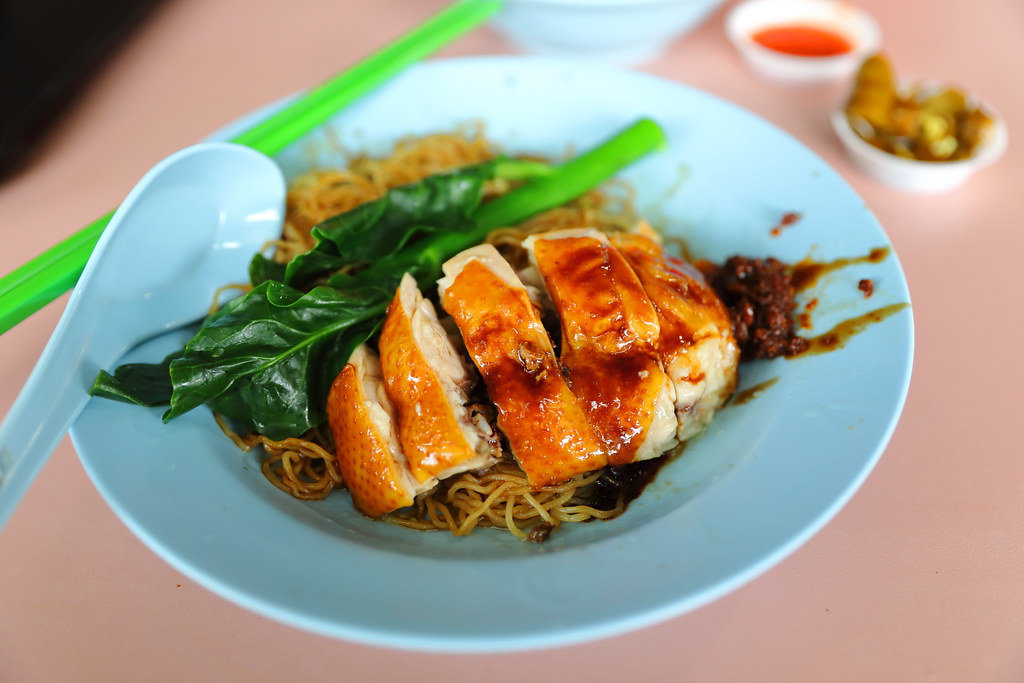 Alexandra Village Food Centre has finally reopened after being closed for refurbishment. I can't remember how long it has been closed but I am glad to have another alternative to go to for my weekend lunch. I made my way down one Saturday afternoon and decided to try Xiang Jiang Soya Sauce Chicken which has re-located to the front of the food centre. 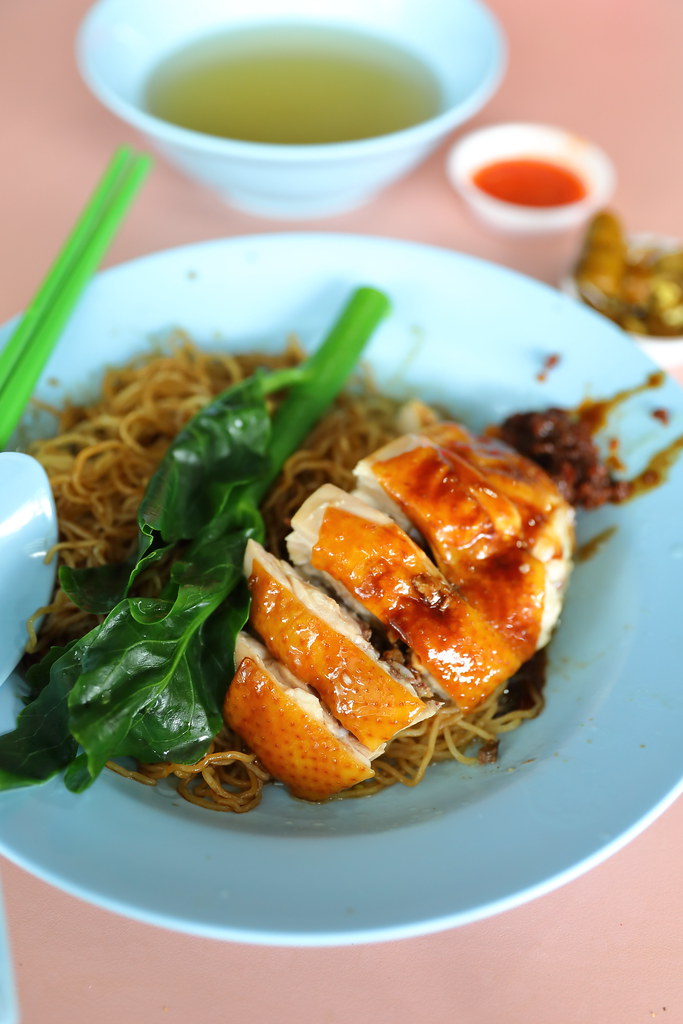 I ordered a plate of Soya Sauce Chicken Noodle ($3.50). It comes with six pieces of chopped soya sauce chicken and a stem of vegetable. While I was a bit disappointed with the chicken portion that was served to me as they were quite boney, I could taste the richness of the soya sauce that was absorbed into the chicken's skin. And I like the fact that it still has a slight crisp to it. 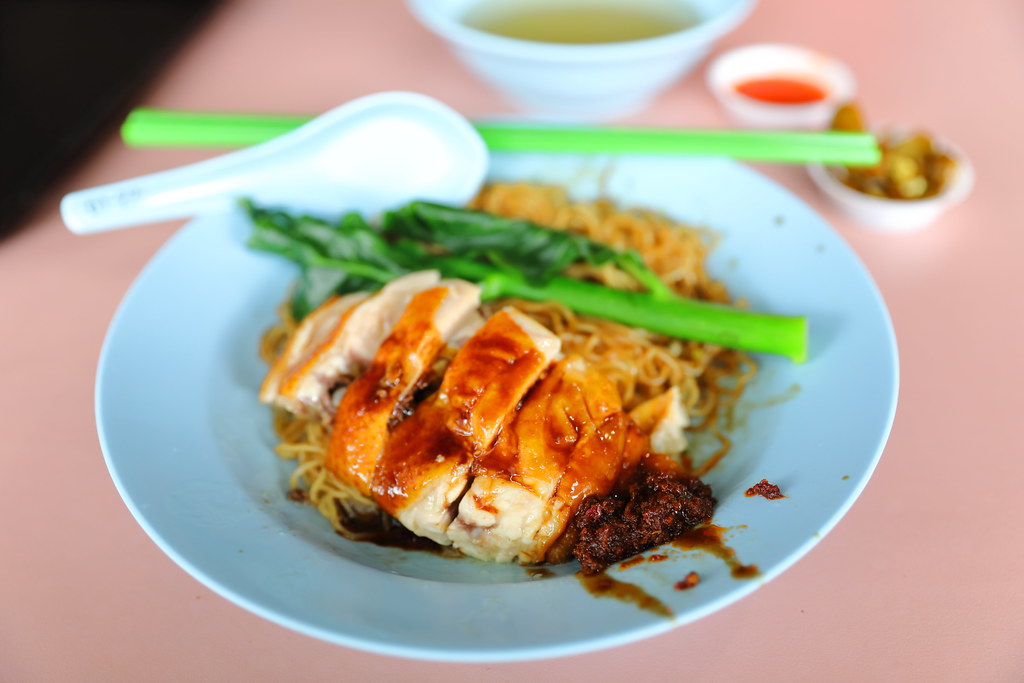 The noodle has a good texture bite to it however I did not like the alkaline aftertaste of it. If you can't take spicy, don't forget to ask for their chilli sauce. It is quite power. 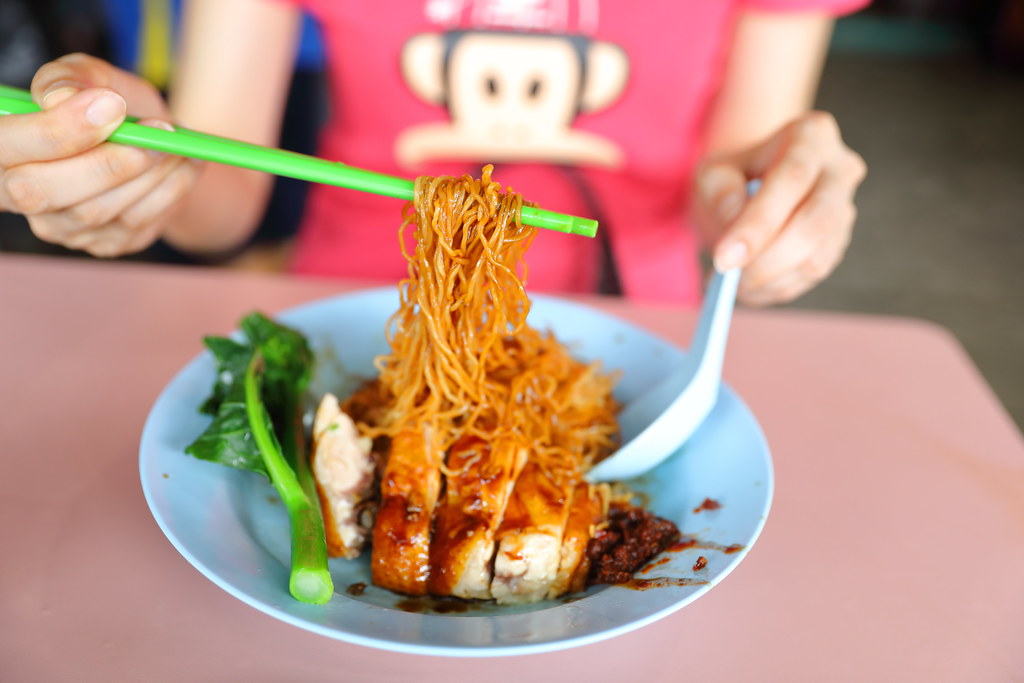 Surprising the highlight for me is the bowl of soup that comes with the soya sauce chicken noodle. I could taste the sweetness of the scallop and radish being used in the bowl of soup. The effort to serve such a delicious bowl of soup, which is usually overlook by many stalls, is greatly appreciated. 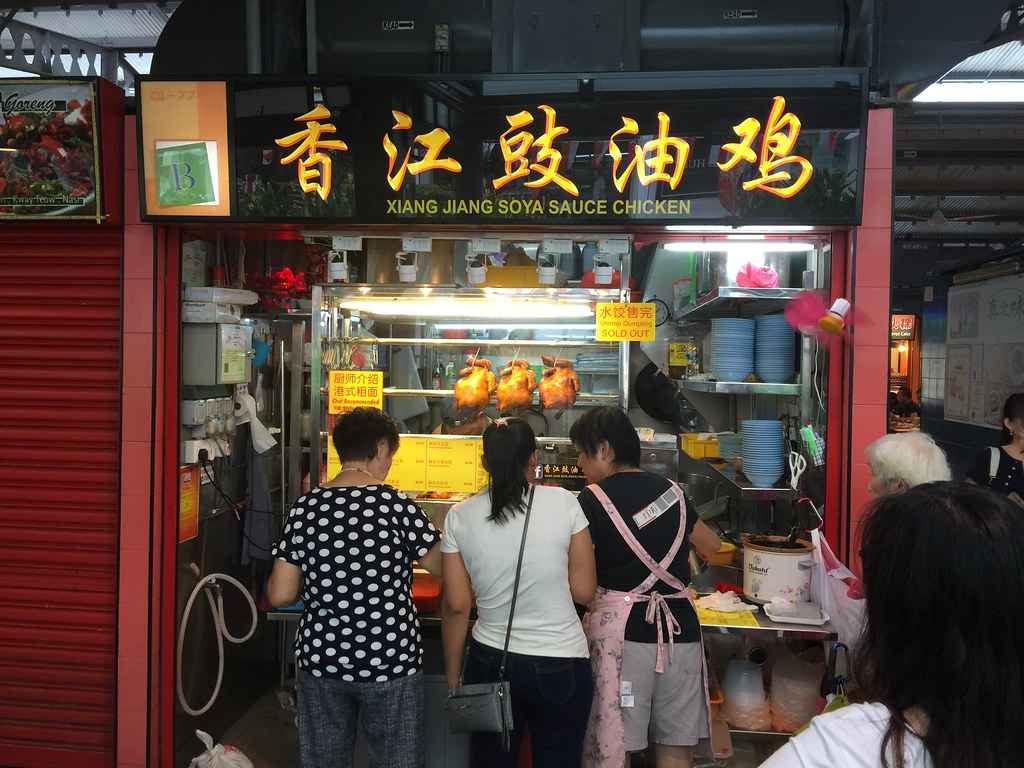