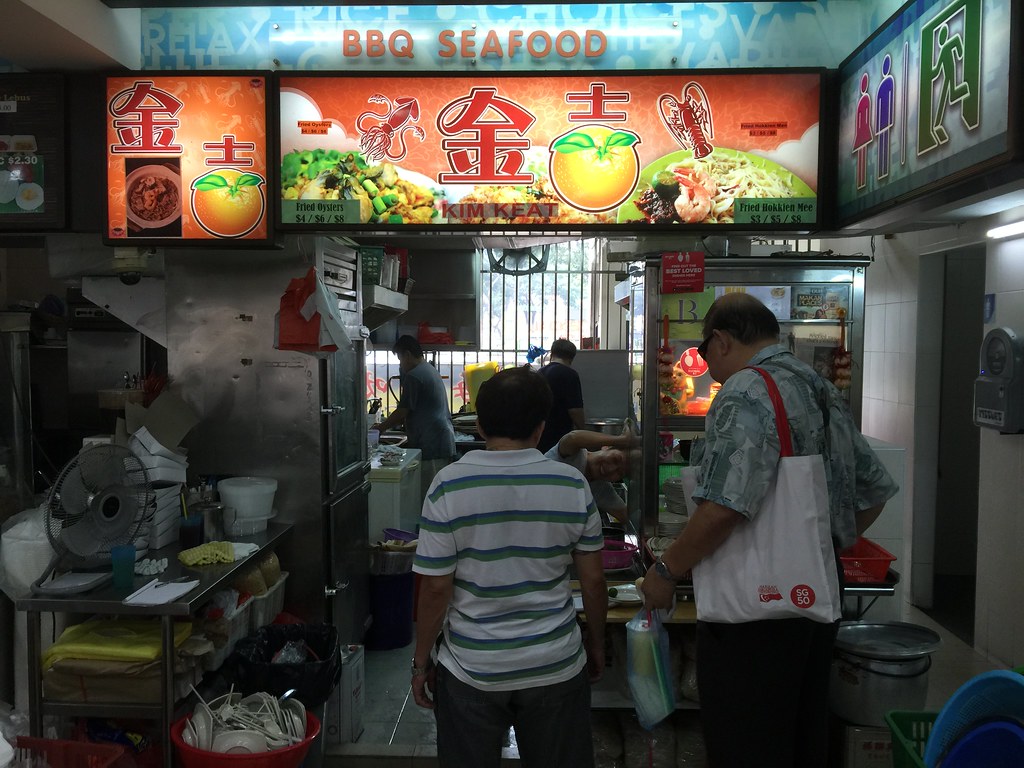 Kim Keat Hokkien Mee (金吉炒福建面 ) at Toa Payoh Lorong 4 has received some hype in social media recently for its sio bak fried hokkien mee served in a claypot. I have tried their hokkien mee before and I enjoyed it but that is almost a year ago. However, I don't remember them servicing it claypot back then. I had mine served in opah leaf. 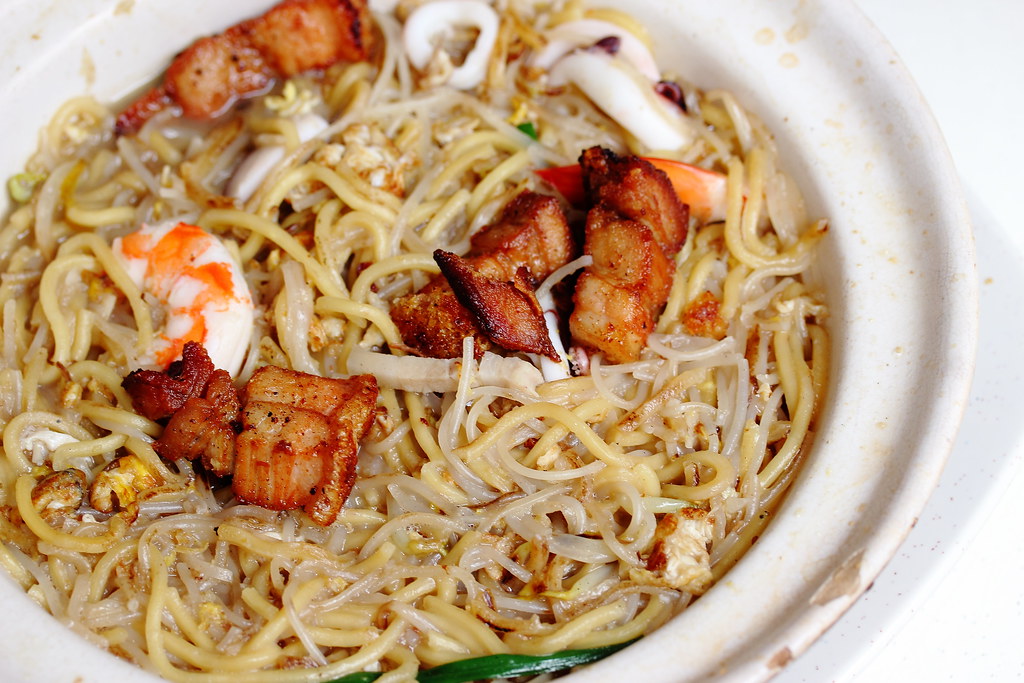 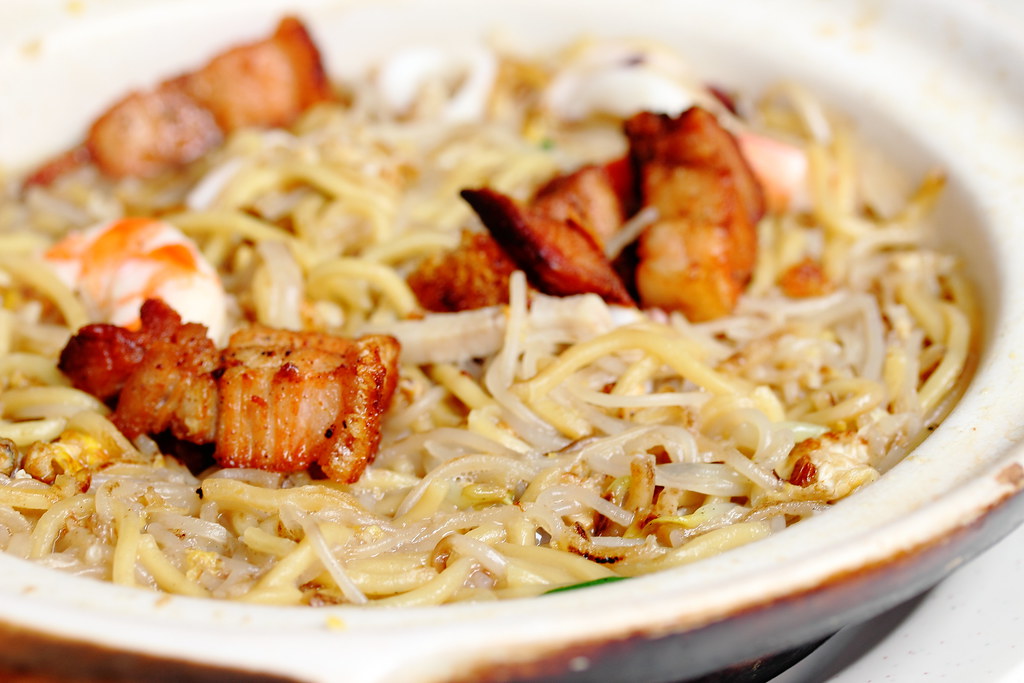 So what is the verdict? I don't like it at all. I was able to catch a glimpse of how it is prepared. The noodles were given a quick stir fried in the wok probably to heat it up and then transferred to the claypot which is being cooked again over fire before being served. The broth of the hokkien mee is actually quite good with the noodles absorbing it. Maybe due to the cooking methods and being served in a claypot, while the heat continues to cook the noodles, the result is a dry and gooey pot of hokkien mee which I did not enjoy at all. 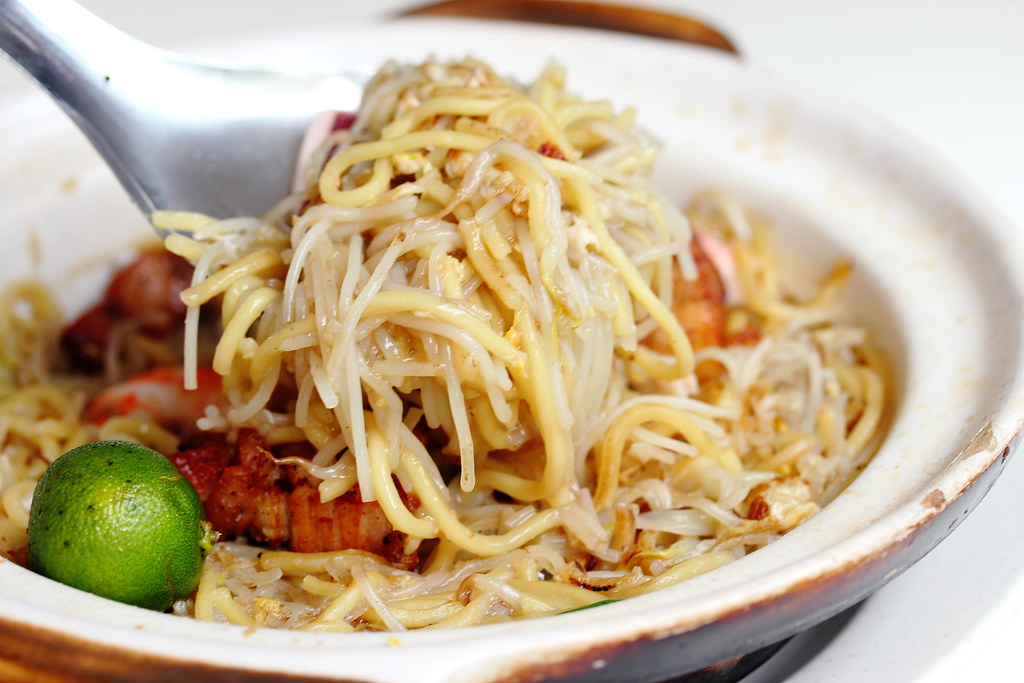 Personally I am quite disappointed in the drop in standard. It also makes me wonder if the claypot is just a gimmick to charge at a higher price. If I am to go back again, I would just order the normal or opah leaf hokkien mee. I think the claypot is a bad idea.