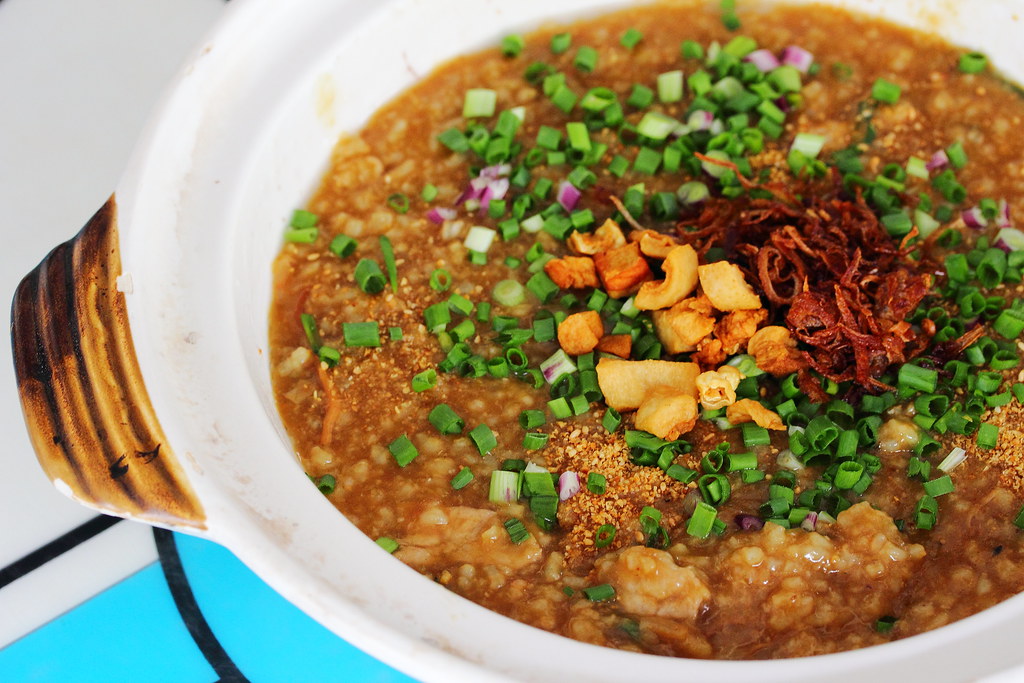 The great tongues of the members of Food Intelligence Network Singapore (FINS) have unearthed another discovery in a coffeeshop along Macpherson Road. Fried Porridge (炒粥) is a little humble stall inside Delicious Coffeeshop specialized in cooking different types of porridge. I managed to have a brief chat with the chef and understand that he is from Ipoh, Malaysia. 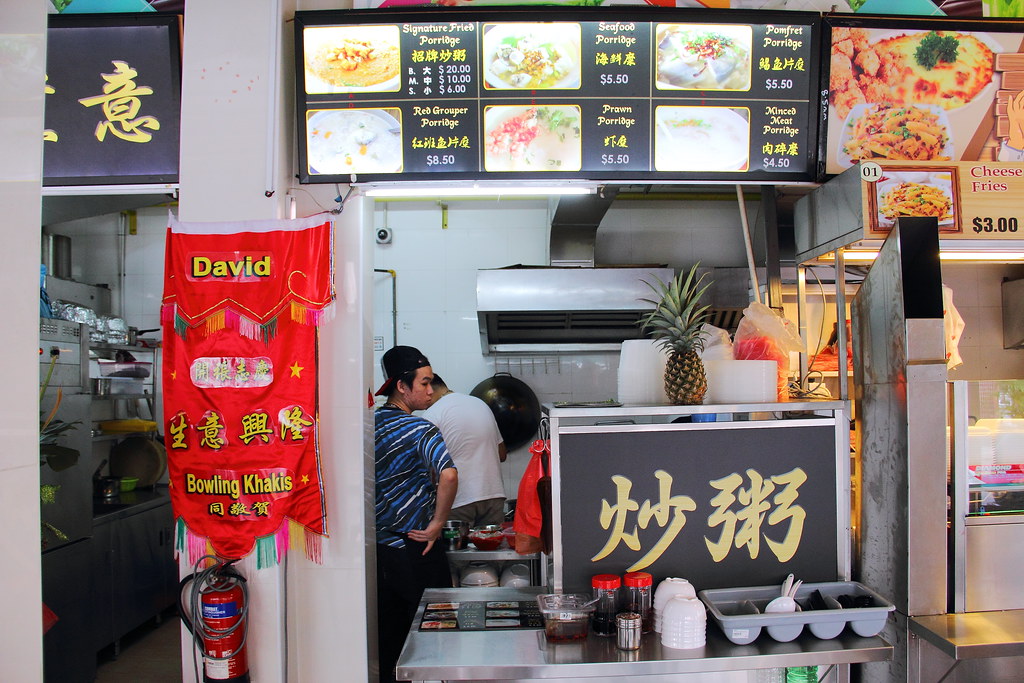 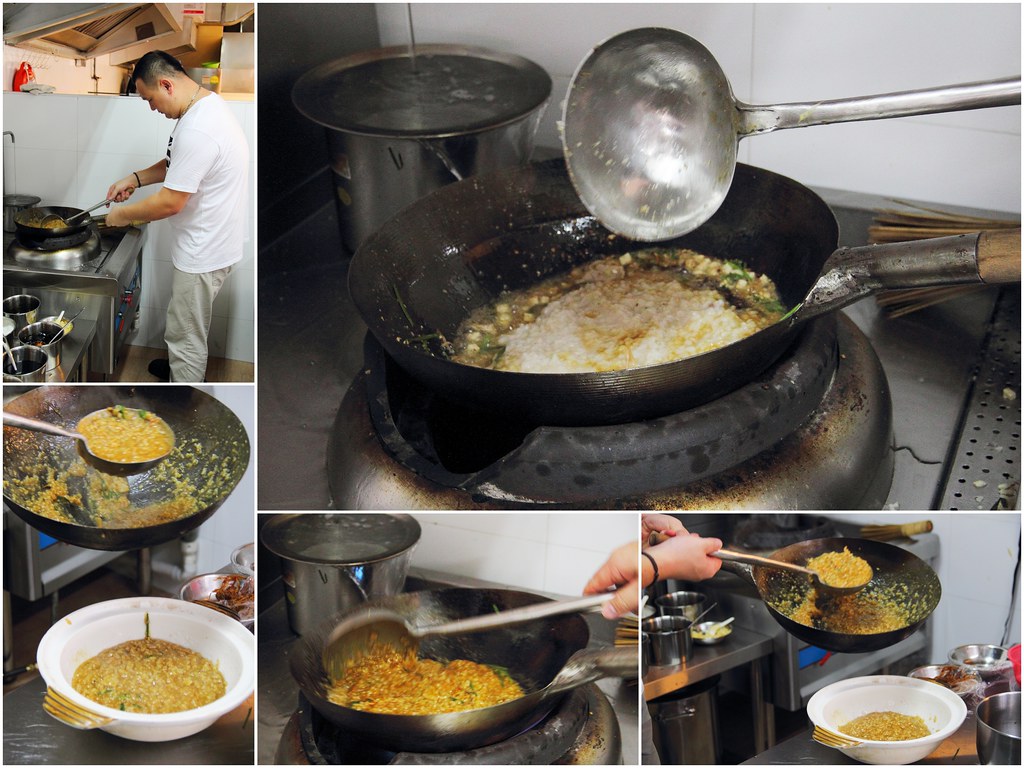 The chef started with frying some ingredients such as the yam, cuttlefish, dried shrimp, pork etc first in the wok before adding in the porridge and then the dark sauce. The chef did not reveal much about the dark sauce but just told me he mixed it himself using local sauces and manage to get exactly the same flavour as in Ipoh. However he did say that he is still trying to fine-tune it to suit the local palate. 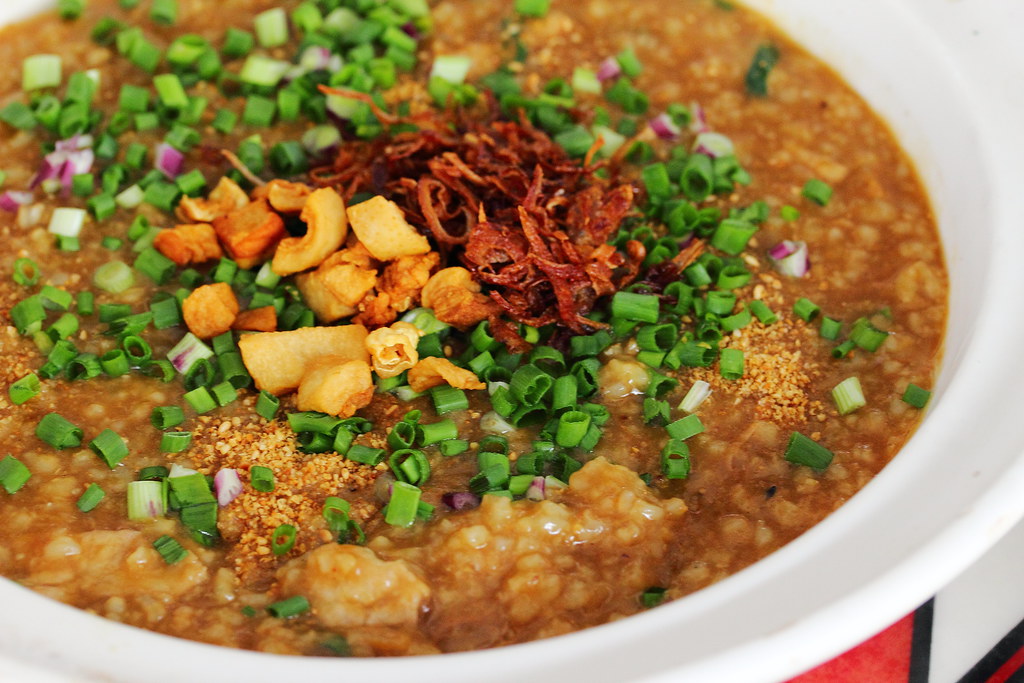 Before serving to the table, the fried porridge is transferred to a claypot and topped with pork lard, fried shallots, sesame and spring onions. 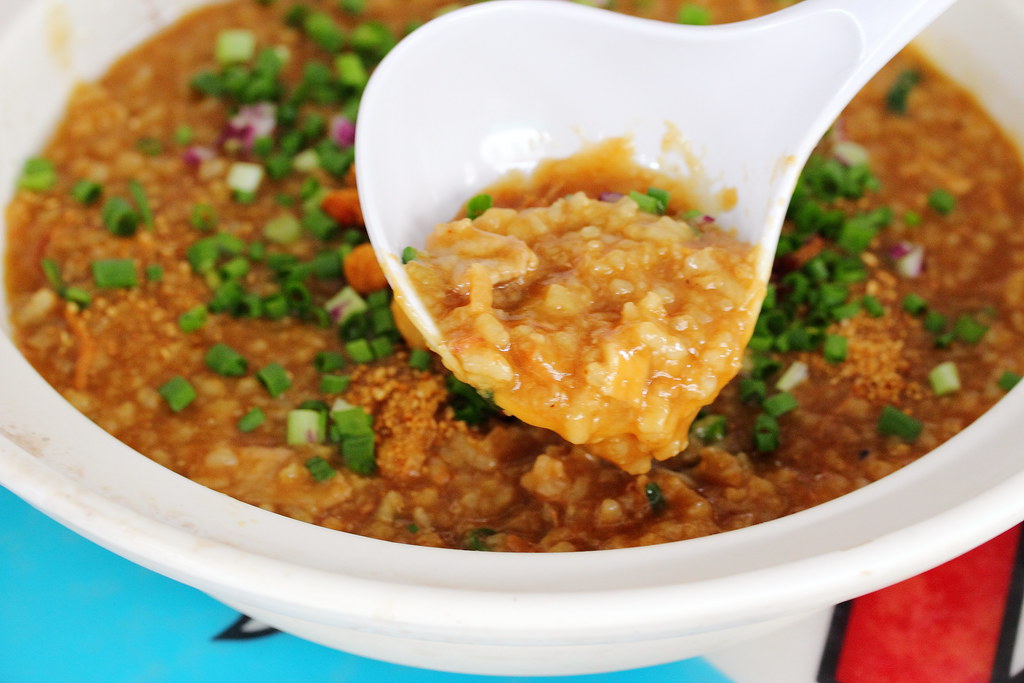 The pot of fried porridge still comes with the grainy bite. The dark sauce definitely elevated the flavour of the plain porridge while the cuttlefish, yam, dried shrimps, pork lard and sesame further accentuated the flavour and textures . There are also crab meat and lean pork in the porridge but just a little bit of it only. 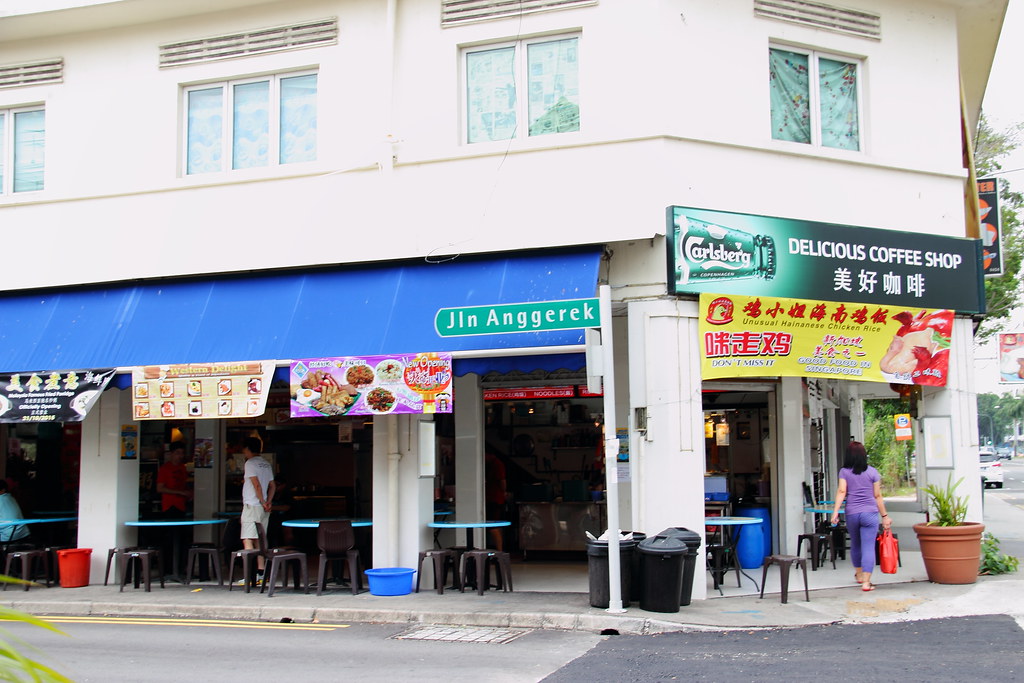 Overall the fried porridge is very comforting and hearty. I do hope that there are more generous ingredients in the porridge but I do understand they have to watch their cost. The fact that they are probably the only place in Singapore cooking the Malaysian dish, it is a reason by itself for you to make your way down to try it.