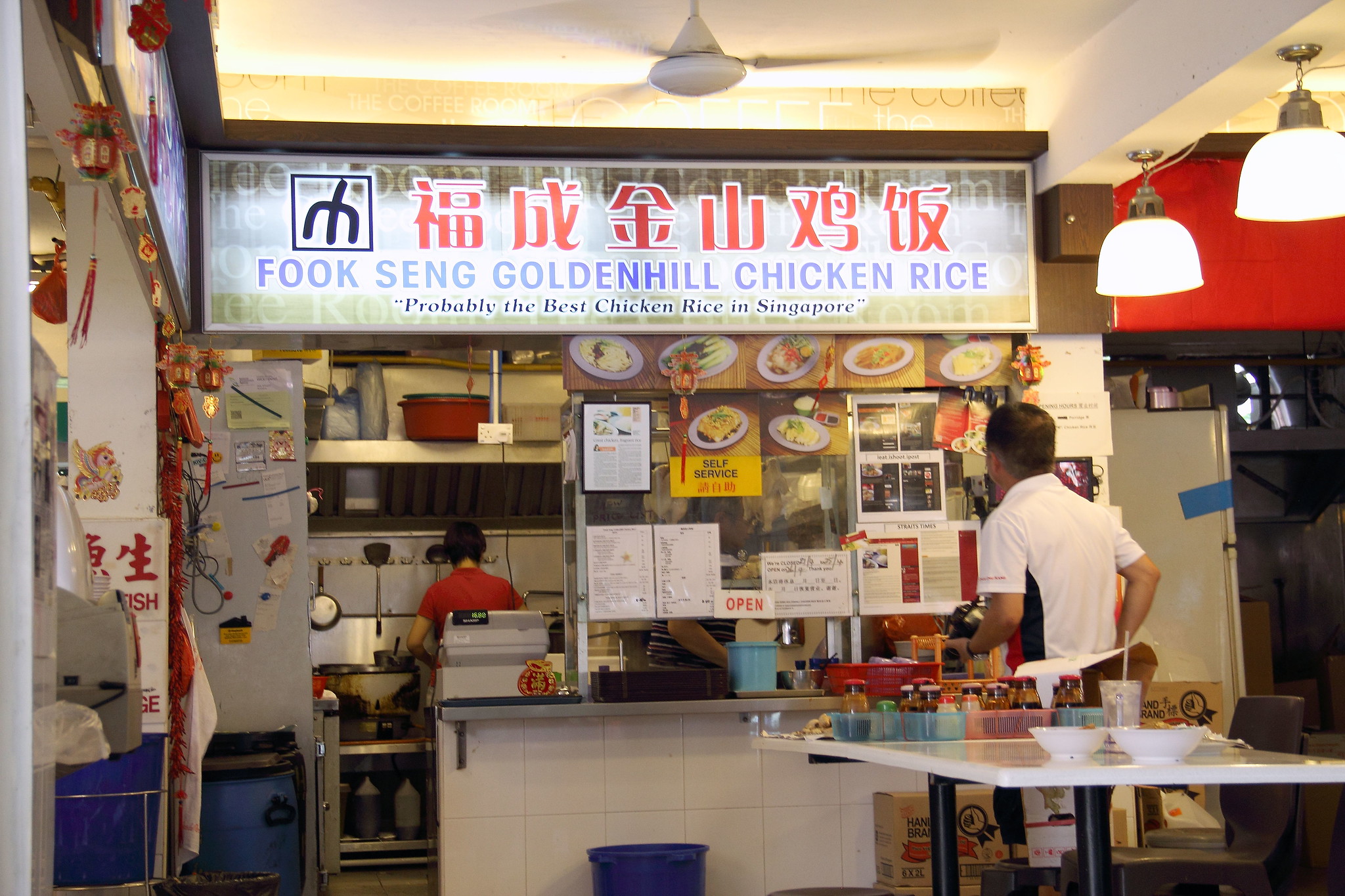 For the seek of finding good food, the trio of us (Ian, Tony and me) has to climb up a hill from the bottom of ABC Brickworks Food Centre to find Fook Seng Goldenhill Chicken Rice stall at Jalan Rumah Tinggi proclaimed by netizens as a hidden gem serving probably the best chicken rice in Singapore. Fook Seng Goldhill Chicken Rice used to own a shop space by itself before moving into its current premises inside a coffeeshop at the same block in 01 July 2012.  It was quite a steep climb. Both Ian and me have to keep looking back to ensure Tony is ok. We were worried that the climb maybe too exhausting for him and he may collapse. Fortunately we managed to reach out destination in one piece. 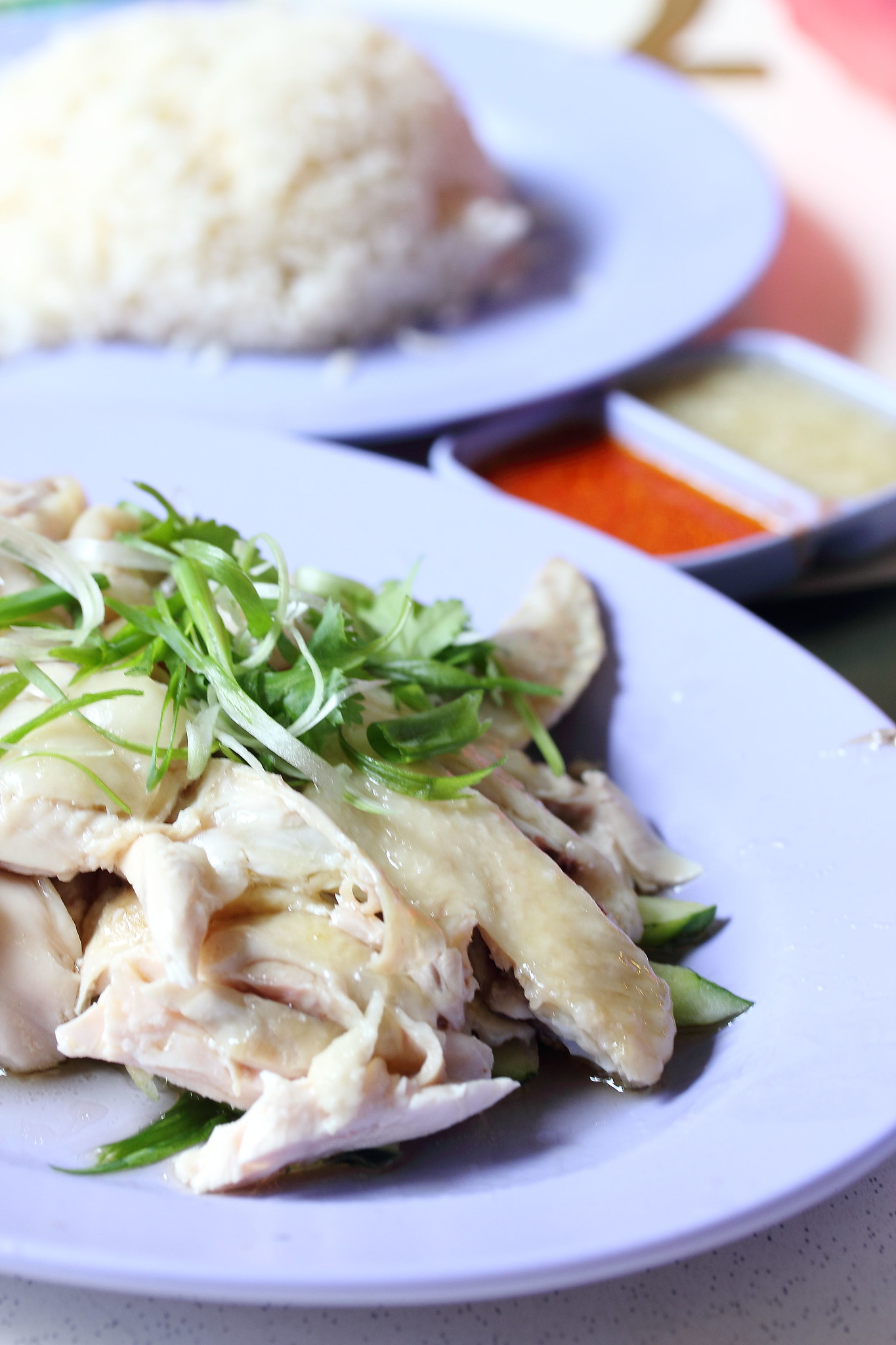 After all the exercise to climb up the hill we just could not settle on a plate of chicken rice. Hence we ordered half chicken plus a plate of rice to share which cost us $16.80. 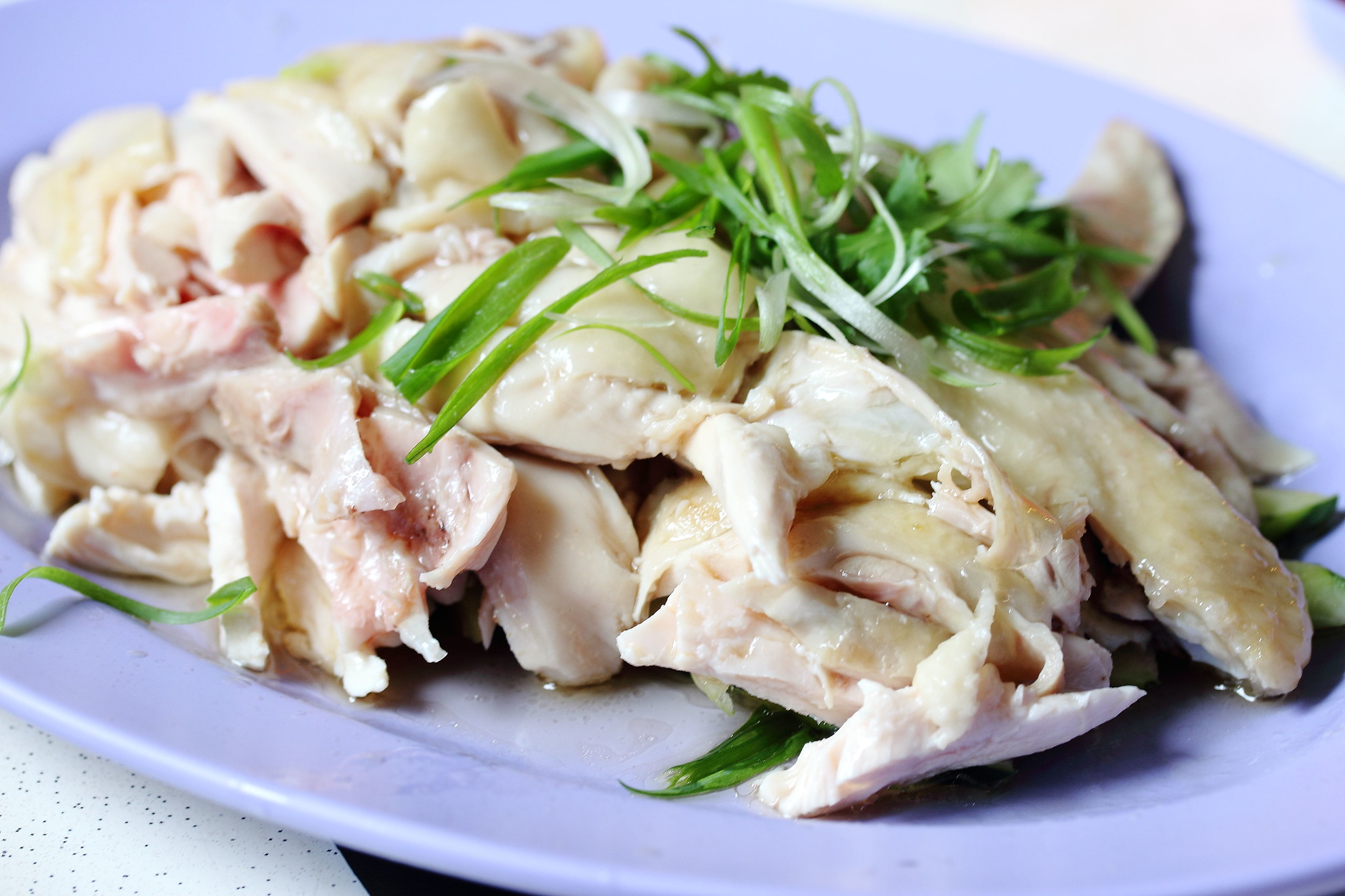 So how does the chicken rice fair? First of all, we all agreed this is one of the best cooked chicken we have tried. The meat was still slightly pinkish which is what we like, giving it a very tender and moist texture. The chopping skill is not as good as that of Sergeant Kiang and Uncle Chicken. While we all enjoyed the texture of the chicken, we felt that the sesame oil sauce that was drizzled over it is not necessary. It masked off the natural sweetness of the chicken. 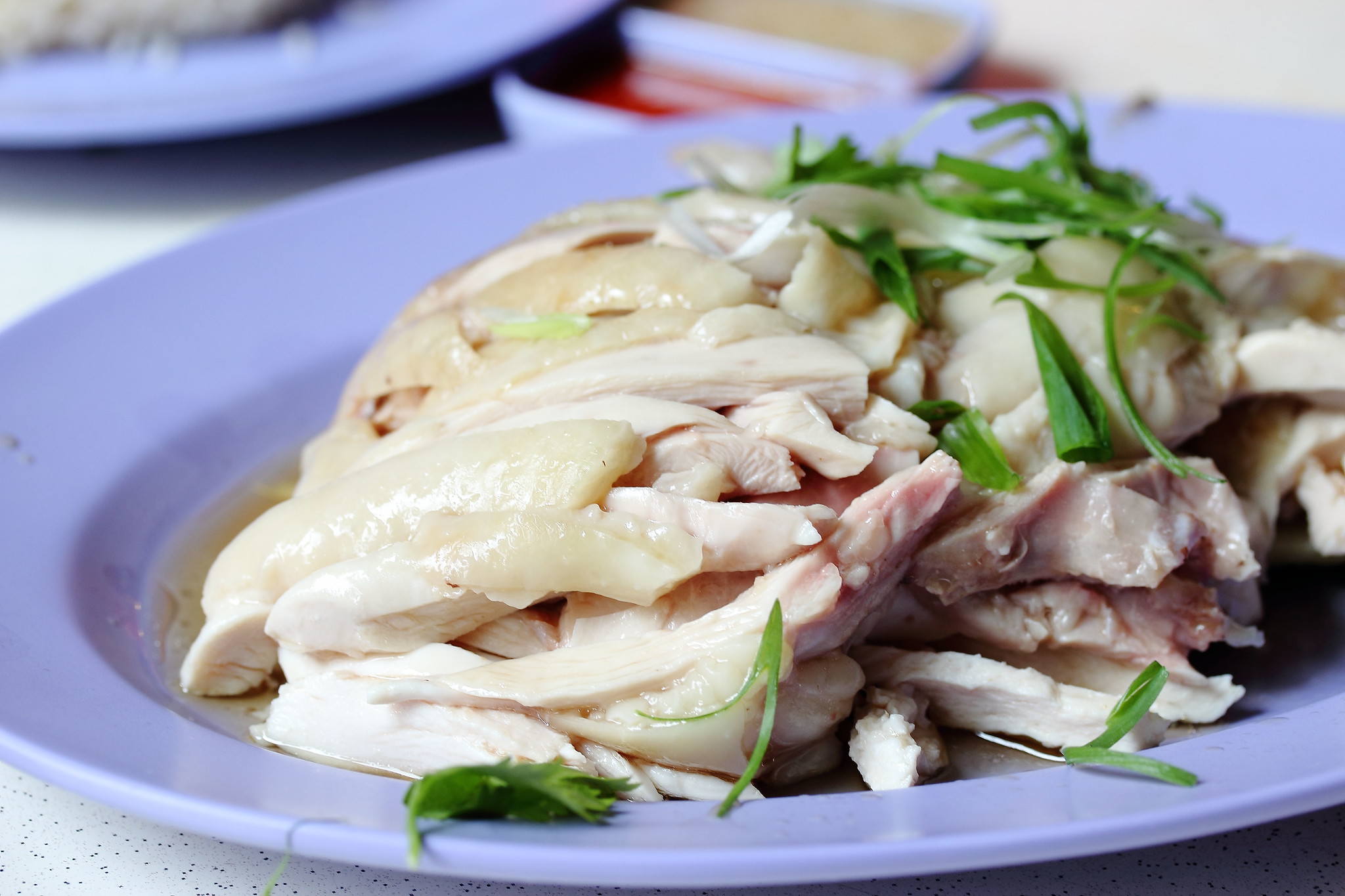 The other two criterias of a good plate of chicken rice is the rice and chilli dip. Unfortunately this was off the mark as rice was on the dry side and the chilli dip was mildly flavoured.

Overall Fook Seng Goldenhill Chicken still comes up top as one of the best chicken rice in Singapore. The chicken doneness is the star of their chicken rice. In my next visit, I will avoid the sesame oil sauce so as to enjoy the natural flavour of the chicken. I also understand that they have opened a second outlet at Tanjong Pagar Plaza. You may want to drop by their second outlet if the flagship outlet at Jalan Rumah Tinggi, Bukit Merah is too far for you.