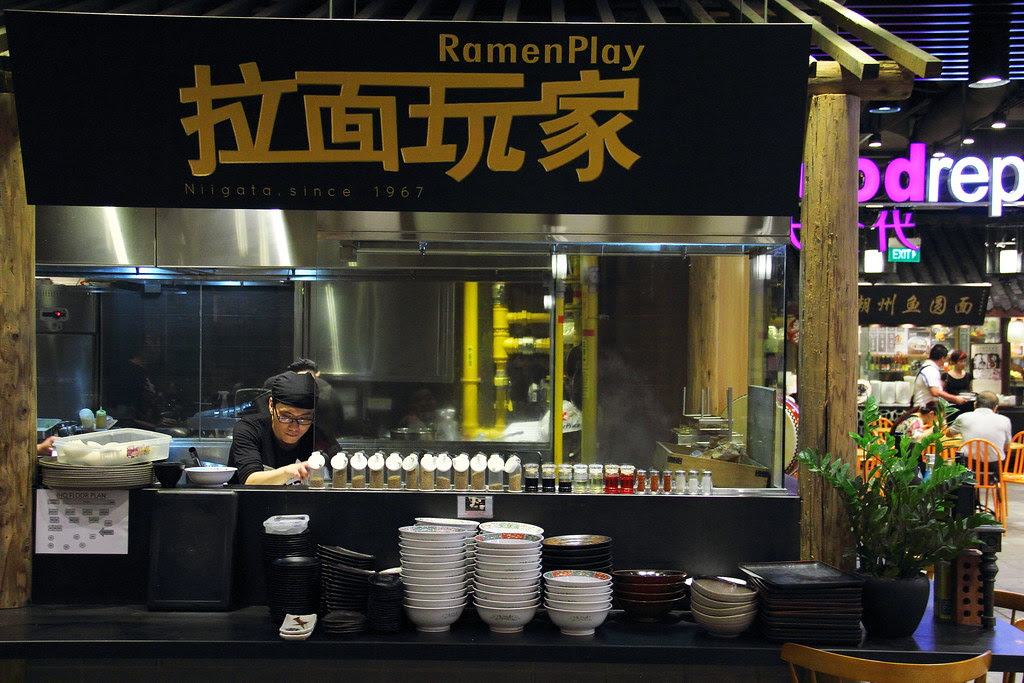 RamenPlay is no more just about ramen from this March onwards. The casual Japanese dining restaurant will be introducing a new a la carte menu with a diverse selection of signature ramen specialties and wholesome donburi sets. The menu now is expanded to include a new Donburi Set section which encompasses five hearty and affordable donburi (rice bowl) sets that use premium Koshihikari rice from Niigata prefecture known for its highest quality rice production in Japan, distinctive flavour and sticky texture. 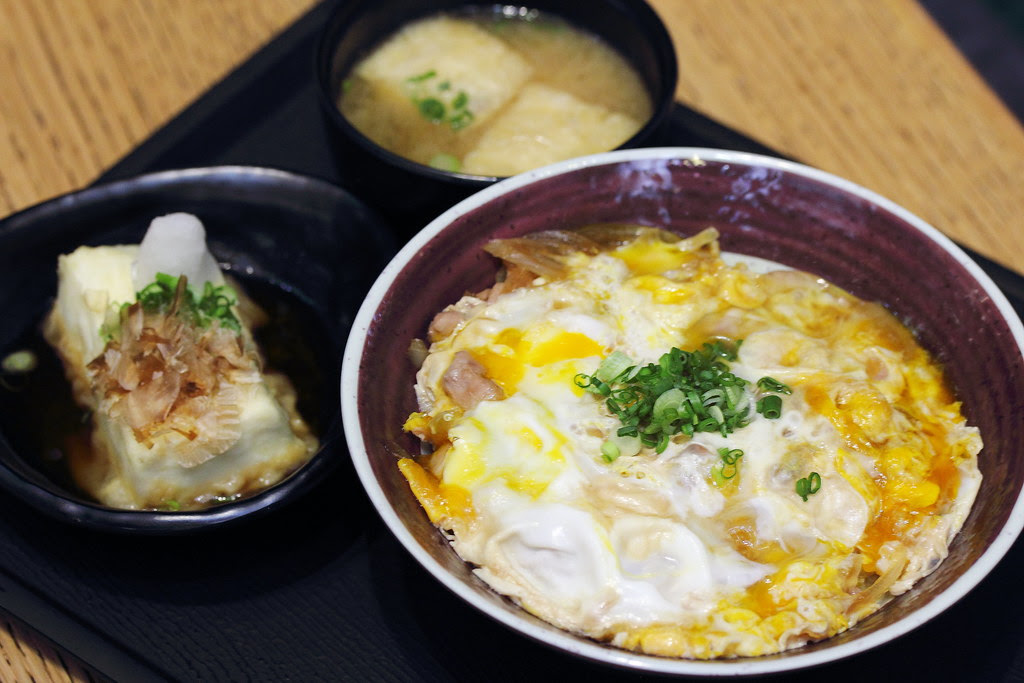 The value for money Tori Momo Don Set ($12.80) features a sunny yellow topping of steamed egg and chicken flavoured with special Shoyu sauce atop a bed of premium quality Koshihikari rice. The set also comes with Agedashi Tofu and Miso Soup. The use of Koshihikari rice which is grown with melted snow water is already half a battle won with the delicious offering. The special Shoyu sauce was the star for me holding the dish together and bringing out the rich flavour of the grains. 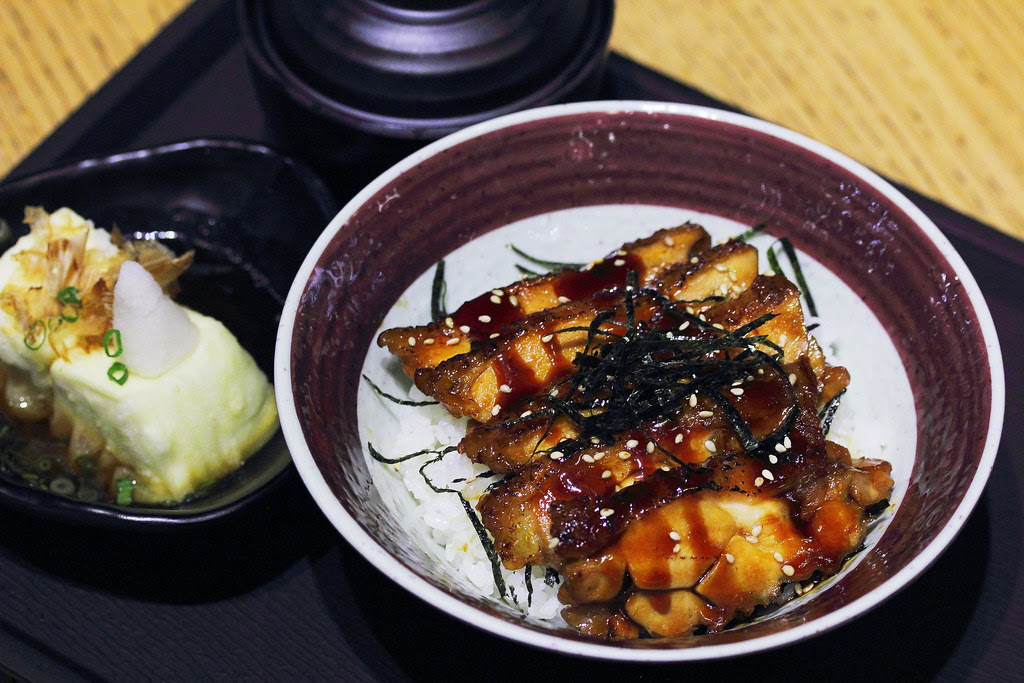 For those that prefers a heavy and more robust flavour, the Teriyaki Chicken Don Set ($12.80) is a good choice. The classic dish of tender chicken thigh were pan fried and seasoned with Teriyaki sauce, sprinkled with silvers of crisp seaweed and served with Agedashi Tofu and Miso Soup. 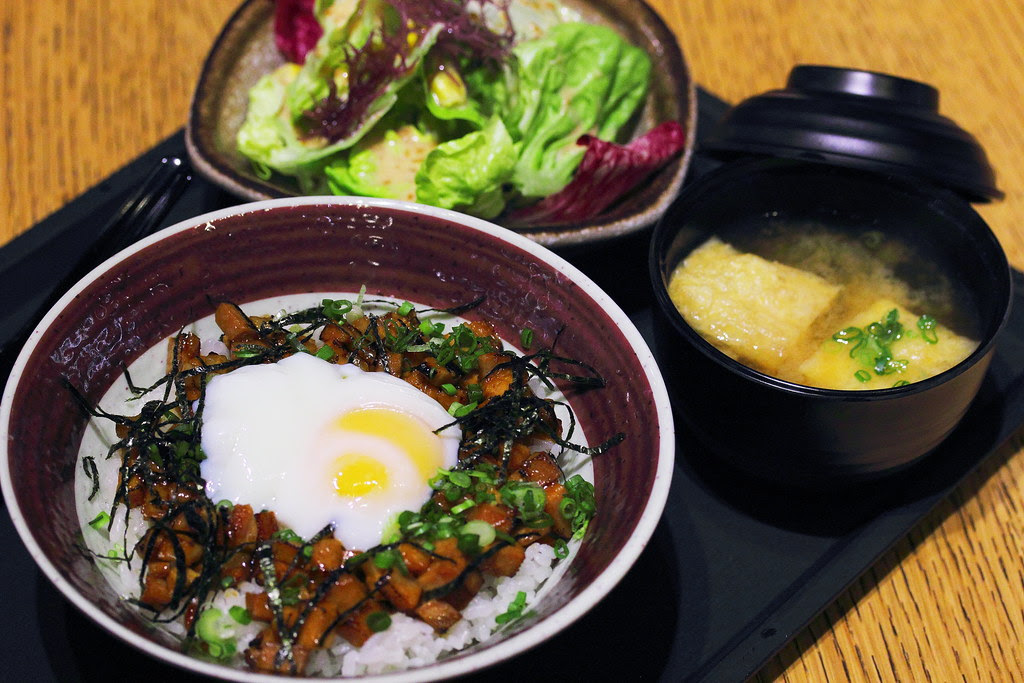 The Cha Shu Don Set ($12.80) is served with complimentary miso soup and mini salad. Crowned with a slow cooked onsen egg, the pork belly is diced up so that every mouthful comes with the teriyaki marinated pork belly. If there is more of the delish marinated pork belly then it would be perfect. 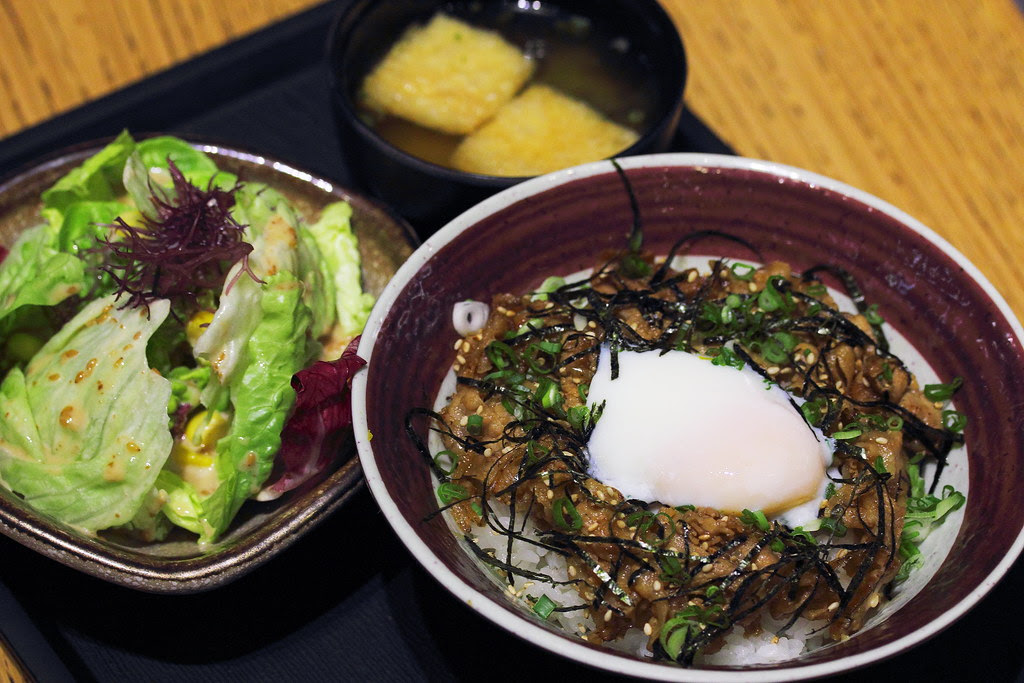 Topped with an onsen egg and thinly sliced grilled pork glazed with RamenPlay's special sauce, the Pork Yakiniku Don Set ($12.80) also comes with complimentary mini salad and miso soup. Give it a good mix to enjoy the creamy combination of flavour and texture. Worth mentioning is the salad that comes with the unique red tosaka seaweed giving it an extra crunch and nutritious benefits. 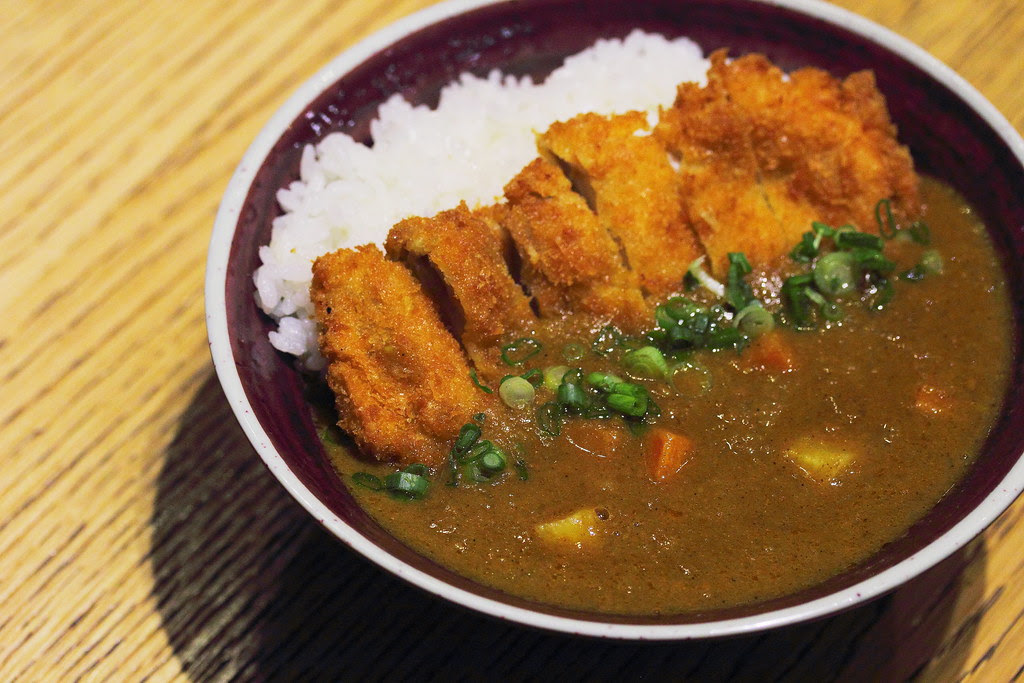 The Chicken Katsu Curry Don Set ($12.80) also comes with a choice of pork loin. The breaded chicken cutlet was succulent and paired with a hearty curry gravy. The curry gravy is an interesting blend of Japanese and Indian style, giving it a unique flavour of its own. 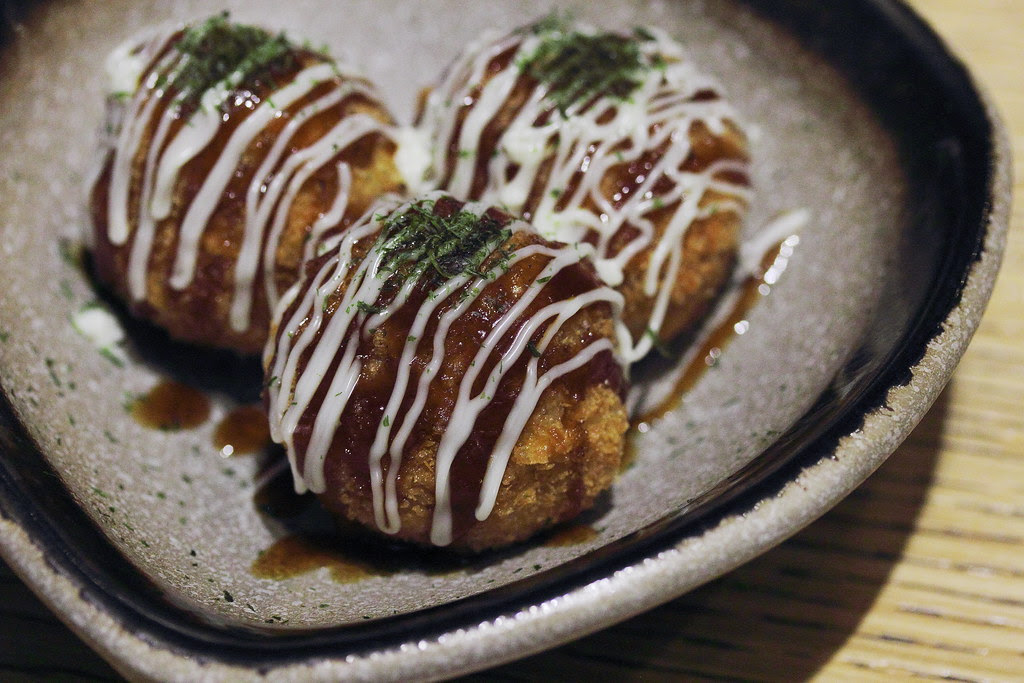 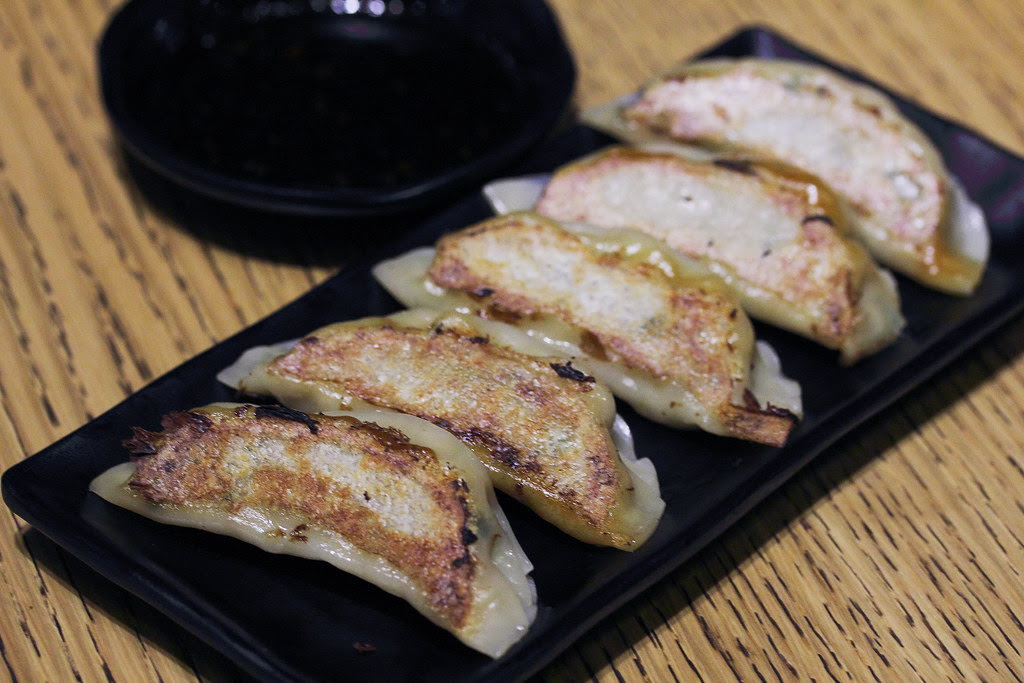 If the donburi set is not enough to satisfy your hunger, some of the all time favourites sides such as the Crispy Dango ($3.60 for 3 pcs) and Yaki Gyoza ($3.60 for 3pcs/$5.80 for 5pcs) will be a delightful snack to supplement the whole dinner. The chicken meatballs were juicy and flavourful. The gyoza was also deliciously crisp on the outside and moist inside. 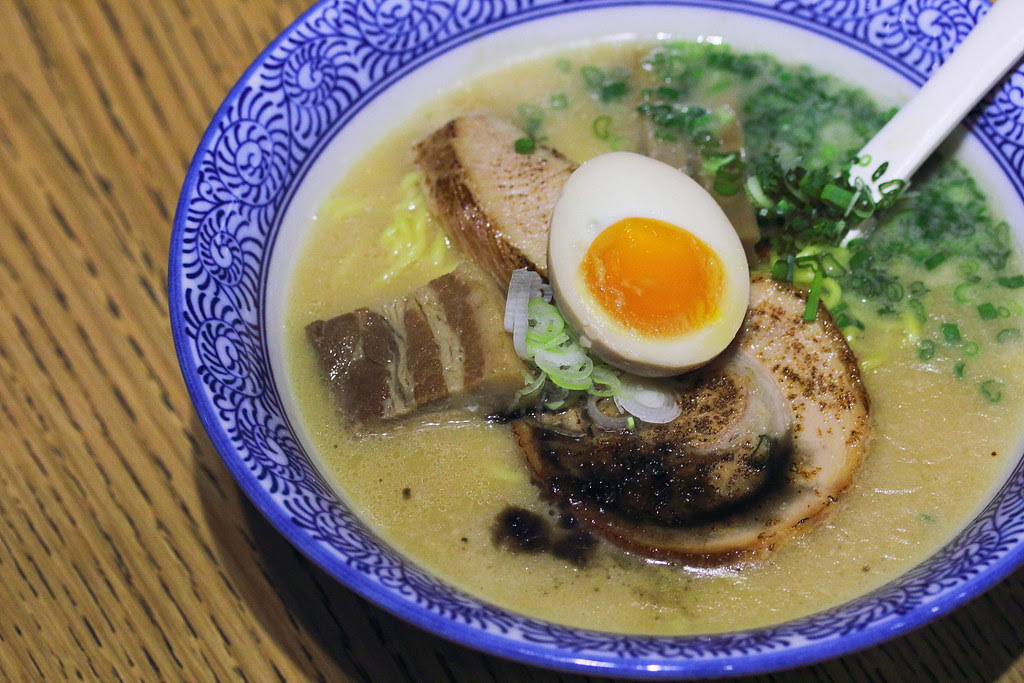 Pork lover will rejoice in this three in one Sanpou Tonkotsu Ramen ($16.80) that contains three treasures of Toroniku (braised pork cheek), Cha Shu (braised pork belly in cha siew sauce) and Buta Kakuni (braised pork belly in special sauce) in a tonkotsu soup base. This delicious bowl of ramen is accompanied by half a braised egg with a runny centre, generous silvers of preserved bamboo shoots and spring onions 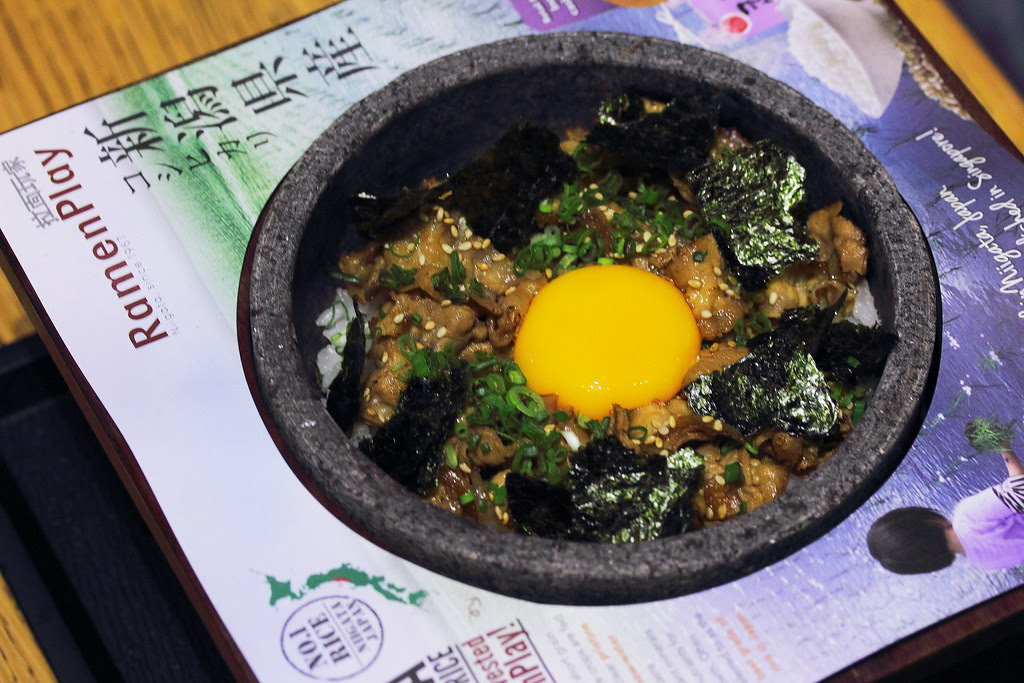 One of the signature item at RamenPlay is the Butariki Ishinabe ($13.80) that is served in a sizzling stone pot of rice and pork. What's more interesting is the stone pot rice bowl comes with both pan fried and barbecued pork, two ways of enjoyment. What hold the whole dish together is the addictive RamenPlay's special sauce which was also used in the Pork Yakiniku Don Set. 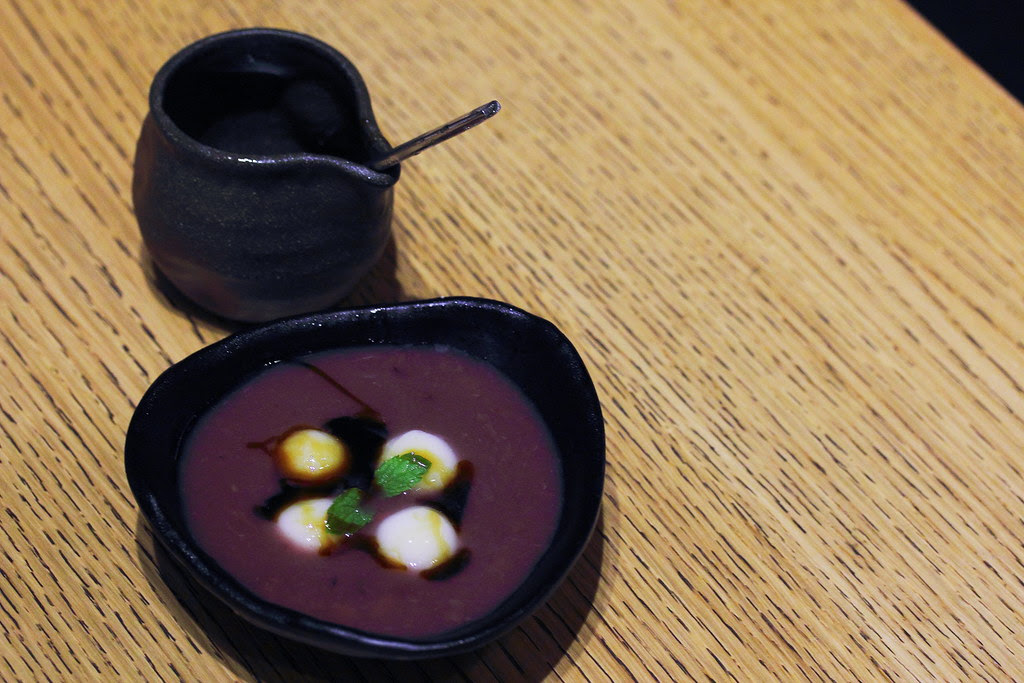 A meal is not complete without dessert. New on the menu is the Chilled Shiratama Zenzai ($4.80). The chilled shiratama zenzai features a comforting combination of chewy glutinous rice balls and chunky azuki bean paste. Drizzled a bit of the Kuromitsu sauce (borwn sugar syrup) to give it an aromatic boost. 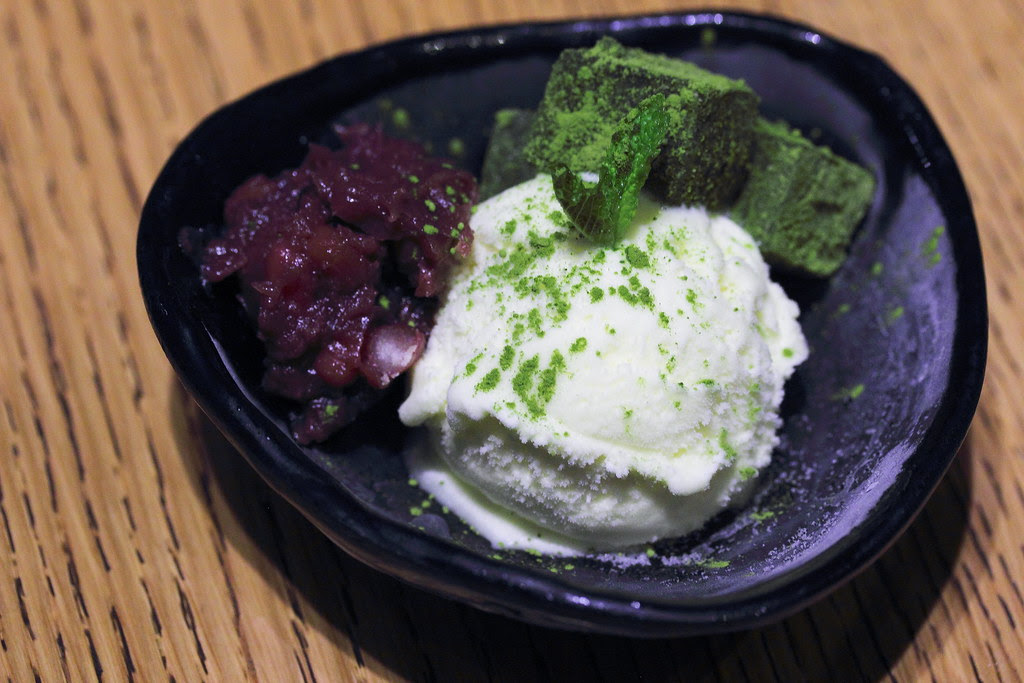 The other new dessert is the Warabi Matcha Mochi Ice Cream ($4.80). Consists of three elements in the vanilla ice cream, sweetened azuki beans and warm chewy matcha mochi cubes. A delectable combination to end the dinner on a sweet note.

Constantly pushing the envelope to create new dishes that showcase the chefs' versatility in Japanese cuisine, RamenPlay's latest offerings are inventive while retaining classic Japanese flavours. The new five Donburi sets are both hearty and affordable, definitely worth a try.

Direction:
1) Alight at Tai Seng MRT station. Take Exit B. Walk to the traffic junction of Paya Lebar Road and Macpherson Road. Cross the road to Airport Road. Walk to destination. Journey time about 5 minutes. [Map]
Posted by DerrickTan at 1:58 AM