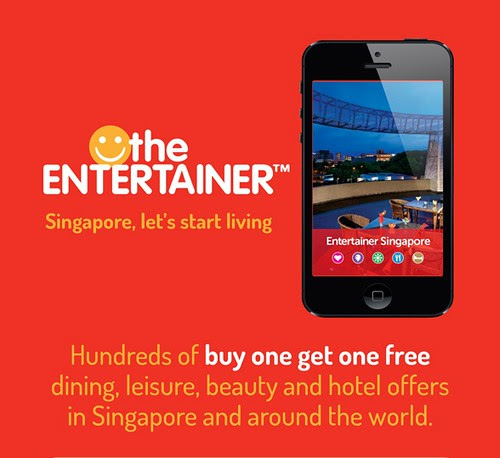 Yesterday while pondering where to go for dinner after shopping with my girl at Liang Court, I remembered there was a new app called The Entertainer where it offers users Buy One Get One Free dining, leisure, entertainment, wellness and hotel accommodation. I browsed through The Entertainer App and decided to go to Hummerstons at Roberston Quay for dinner as it is within walking distance from where I was by simply checking the map option of the app and made a call to make sure it is not full. 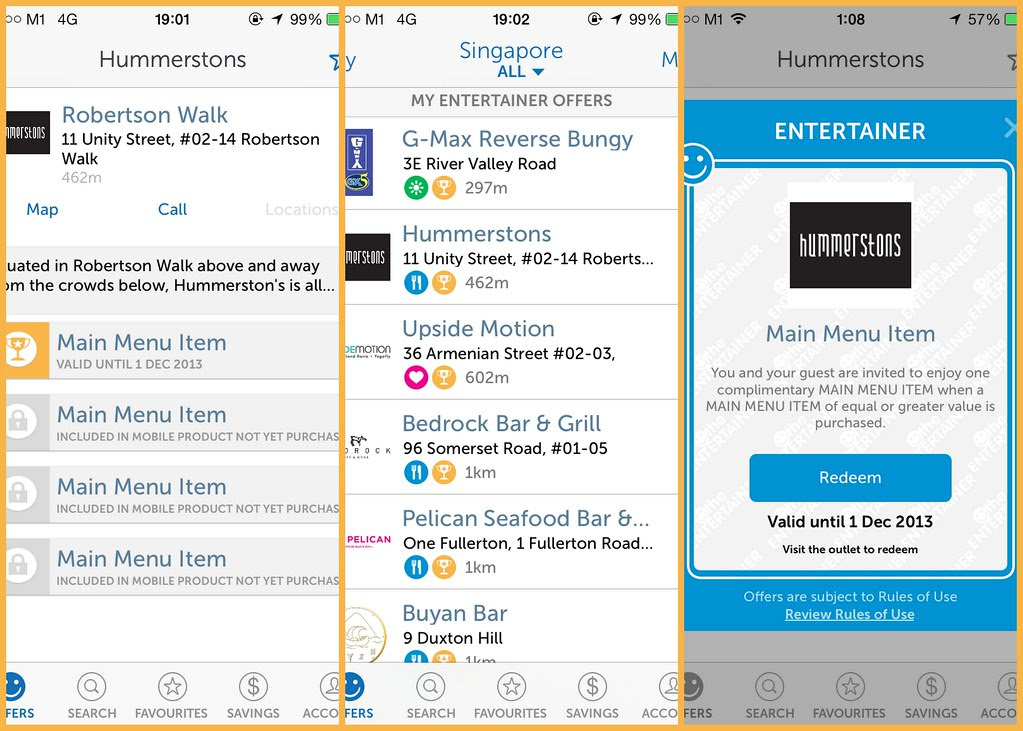 As this is a new app, I thought I better be safe so I checked with the waiter that they are aware of The Entertainer App and I could use it to redeem a One for One Main which is offered by the restaurant. I was glad that the waiter is well aware of the app and proceed to explain how easy to use it. 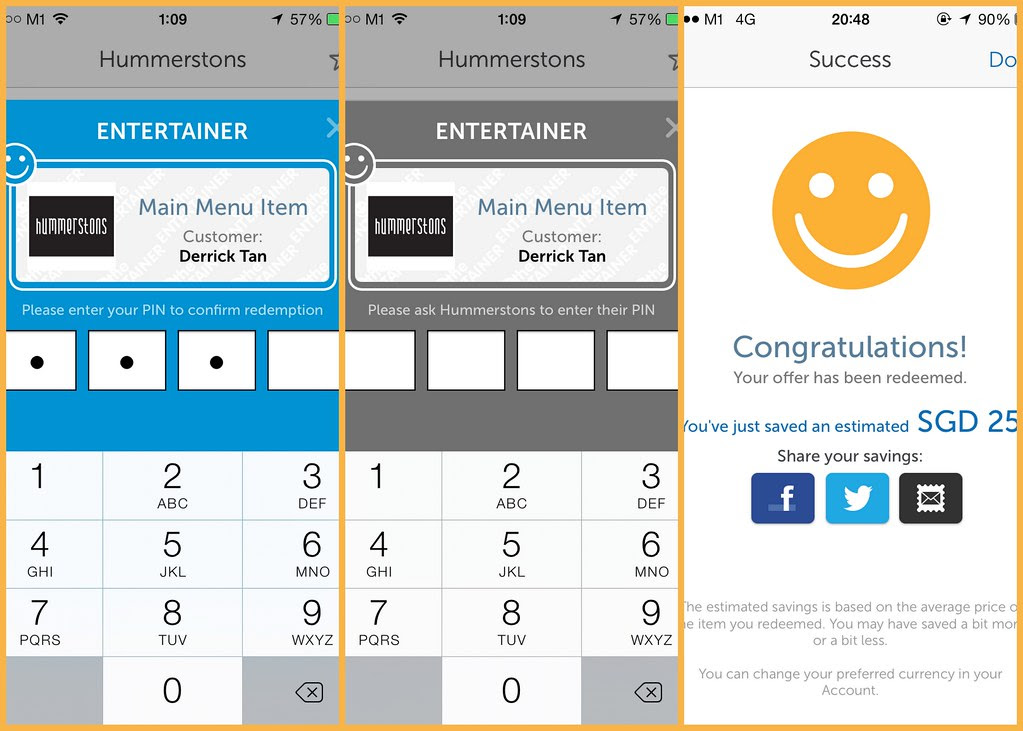 During payment, I just let the waiter know that I am using The Entertainer App to redeem my free main course by tapping on the Redeem Button which I proceeded to enter my 4 digit pin. Passed the phone to the waiter for the restaurant to enter their own private pin. That is how easy to use the The Entertainer App. 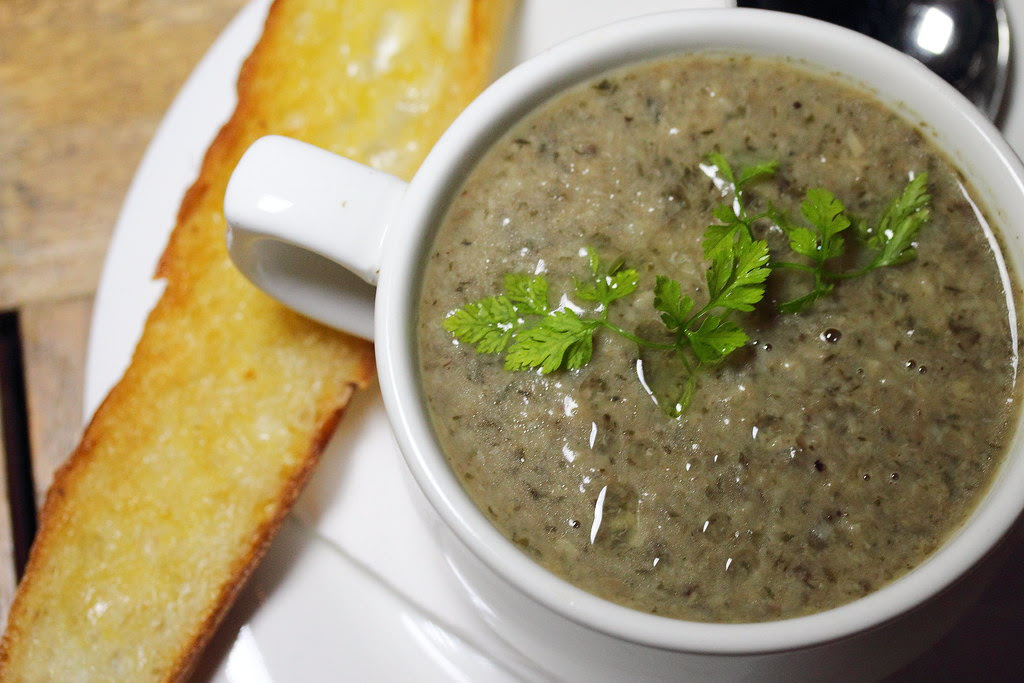 After getting the assurance from the waiter, we proceeded to order our dinner. We have the Truffle Mushroom Bisque ($5) which was earthy and perfumed by the aromatic truffle. We also order the soup of the day which was French Onion Soup ($5) to have a variety. The french onion soup was tangy with a nice sweetness finishing from the caramelized onion. 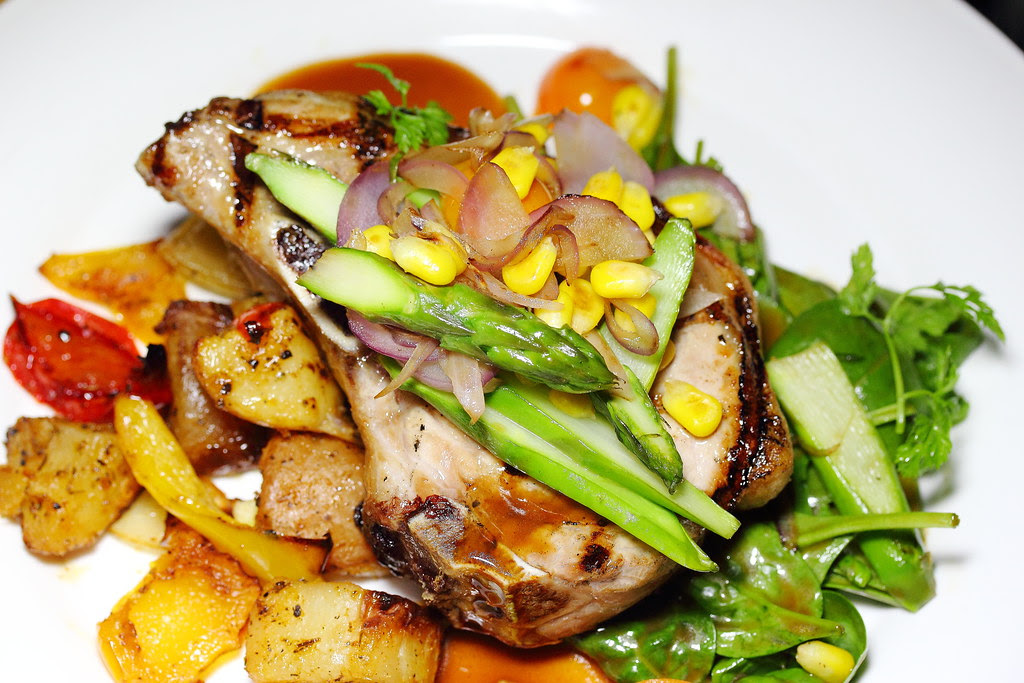 For the mains, we tried the Spanish Pork ($32) where the spanish duroc pork is char grilled and served with spinach, french beans, spanish onions, roasted corn and red skin potatoes with tonkatsu dressing. I think there was some issue with the plating because the tonkatsu dressing was totally being absorbed by the greens making it way too sweet to be eaten. While on the other hand, the pork was screaming for a dressing for the huge and perfectly cooked meat. 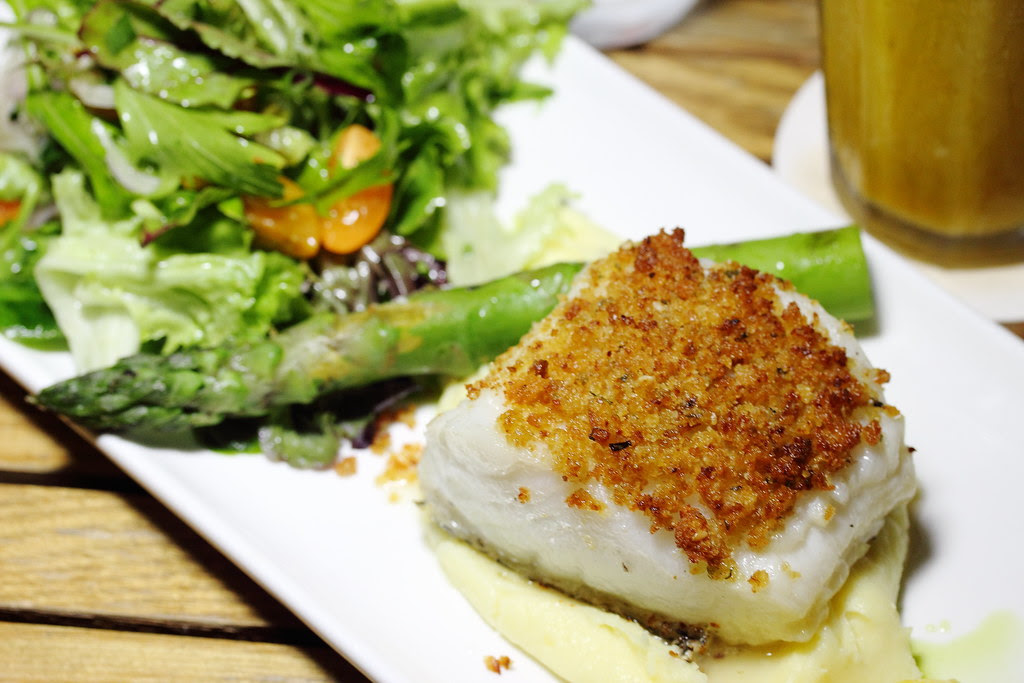 The Sesame Epi Crusted Cod ($32) faired much better. Sitting on top of a bed of mashed potaote, the perfectly cooked fish was fatty and moist. However the salad was a bit too heavy with the salt and we left it untouched. 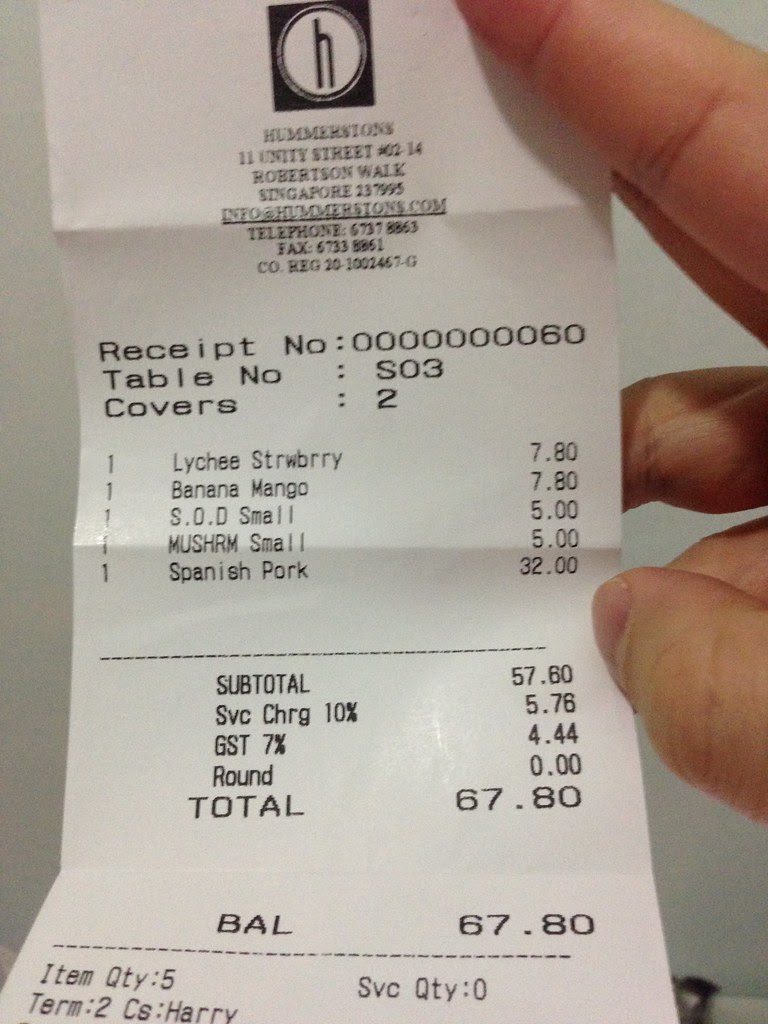 As a proof to show that I get a free Main course by using The Entertainer App, you can see from the bill that it did not include the Sesame Epi Crusted Cod. Do note we did order a drink each but I did not take photos of it.

If you are interested in The Entertainer App and want to enjoy more Buy One Get One Free offers, you can find out more of the app at http://www.theentertainerme.com/singapore/ or check out their facebook at https://www.facebook.com/TheEntertainerFB . It is not just limited to dining, there are other offers in leisure, entertainment, wellness and hotel accommodation. The Free App can be downloaded for both Iphone and Android.

Posted by DerrickTan at 3:13 AM