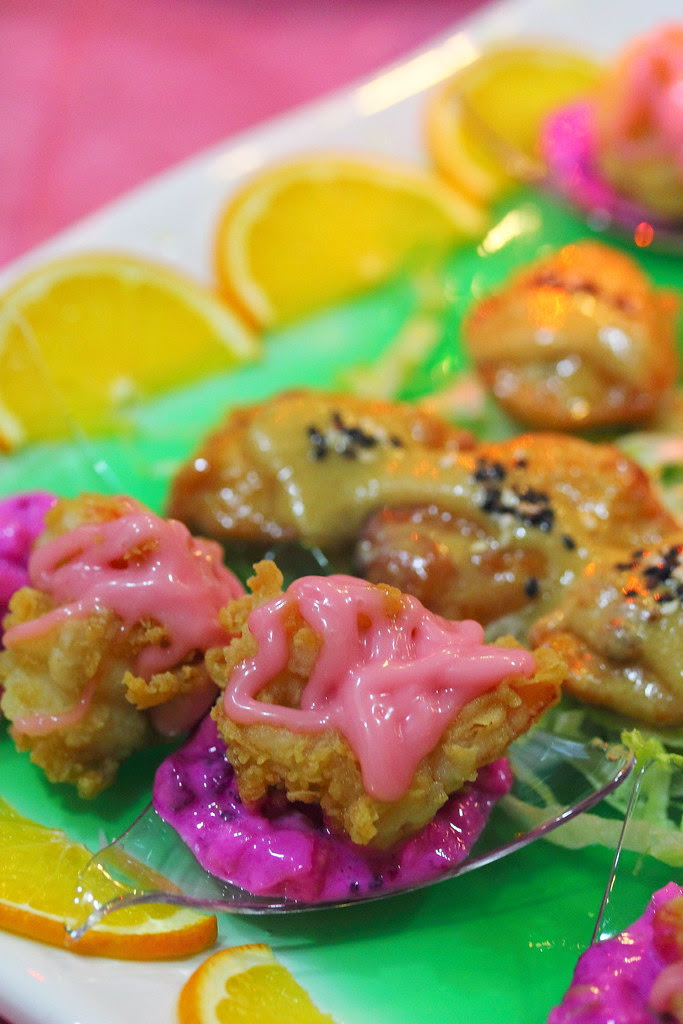 Back in October 2012, I attended the monthly makansutra dinner which was held at Forture Seafood Steamboat along Bukit Timah Road. I understand from a few of the regulars that this is the 2nd time makansutra dinner is held here because the former chef (Ah Loy) has returned to helm the kitchen again. 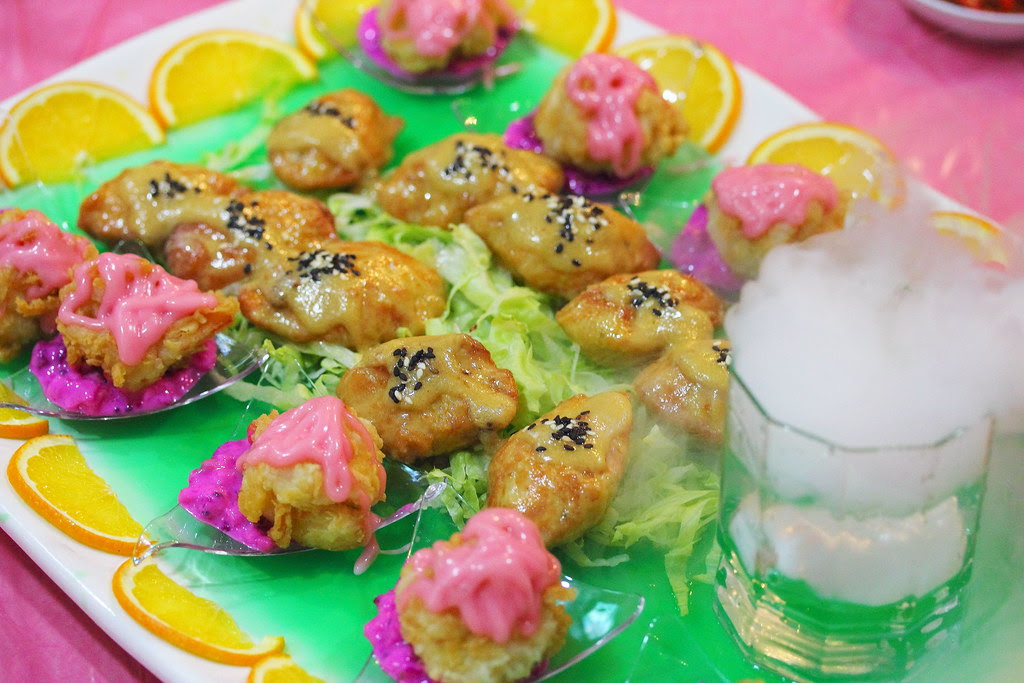 The dinner started with the Supreme Dragon & Phoenix Platter. When this was served, everyone on the table was fascinated by the colourful pink and purple sauces. It turned out they were strawberry (pink) and dragon fruit (purple) sauces for the deep fried prawn. The deep fried chicken on the hand was dressed in a lime and lemon sauce topped with sesame. 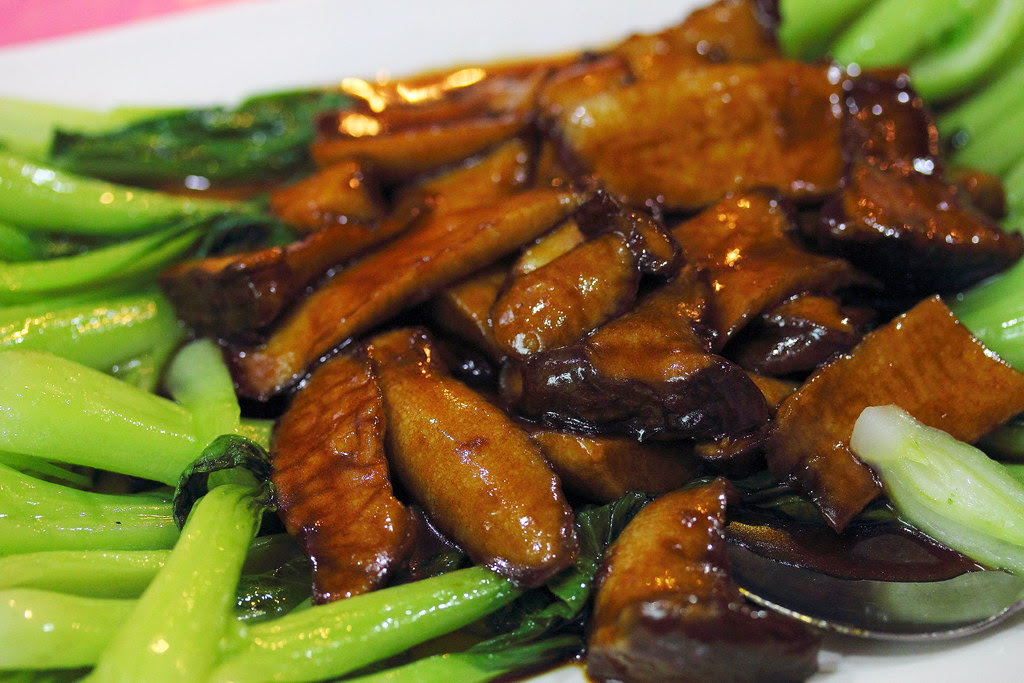 The Deep Fried Fresh Mushroom was nicely executed bringing out the nature earthy flavour of the fresh mushroom. 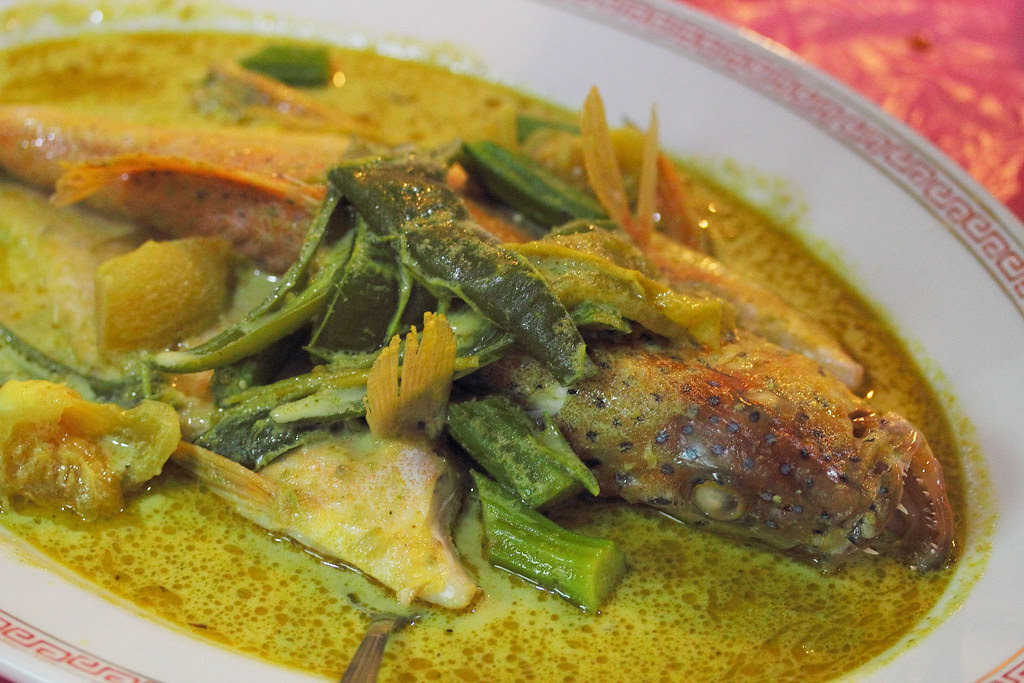 The Steamed Garoupa in Green Curry Sauce was a welcoming different from the usual cooking styles for steamed fish. The fish was steamed perfectly to tender soft and the accompanying green curry sauce was very appetising. 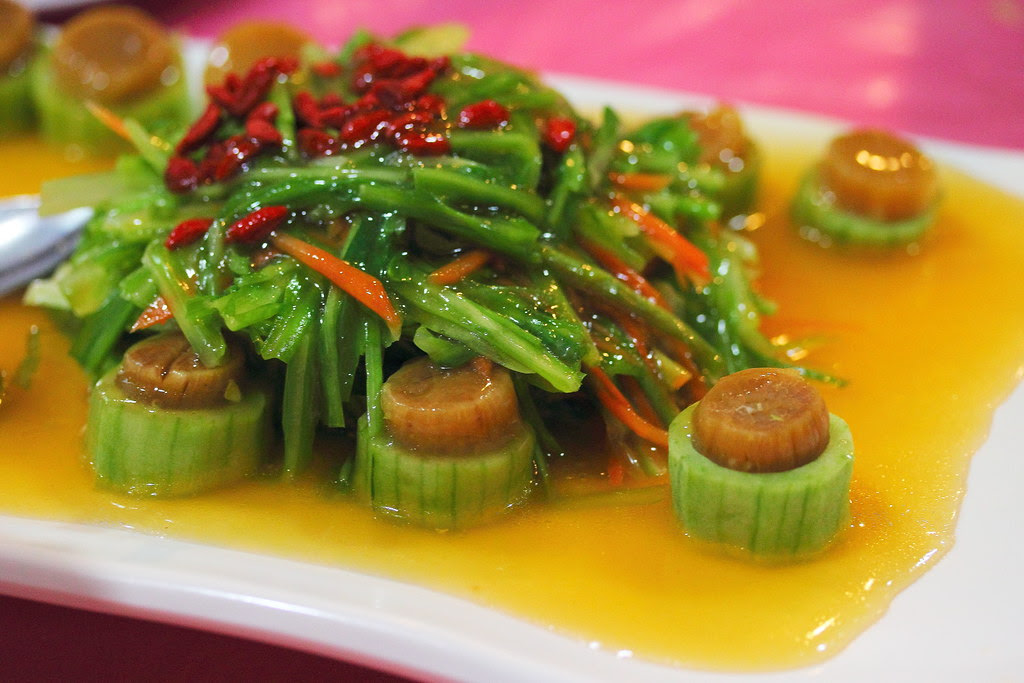 The Stir-Fried Vegetable with Dried Scallops was the first time I encountered the Qing Long Cai literally translated as Green Dragon Vegetable. It is quite similar to chives but does not taste like it and comes with a crunchy texture. The toughness of the dried scallop was a great disappointment which was the downfall of the dish. 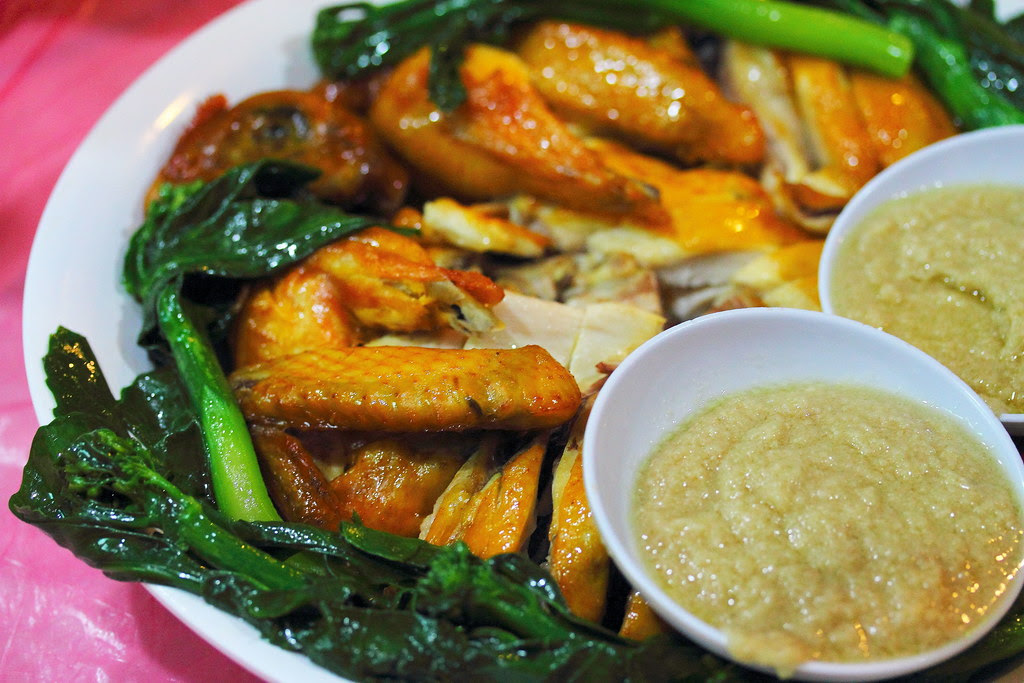 The comforting kampong style Salted Baked Chicken was delightful addition to the dinner. However, the star was the minced sand ginger dipping sauce. The chef has specially imported them from Malaysia. Our table was raving about the sauce and the chef was very kind to give us some to bring home. 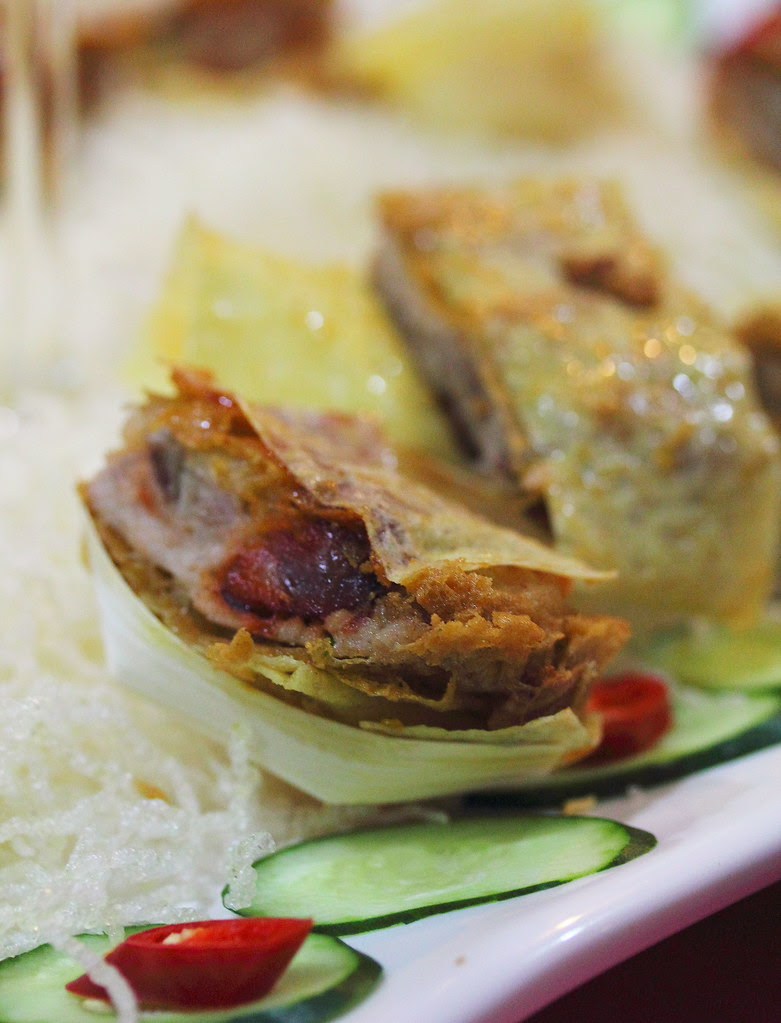 The Crispy Duck Roll was inspired by the popular Beijing Duck. The succulent duck sandwiched between 2 thin layers of pancake skin was a nice twist by the chef. 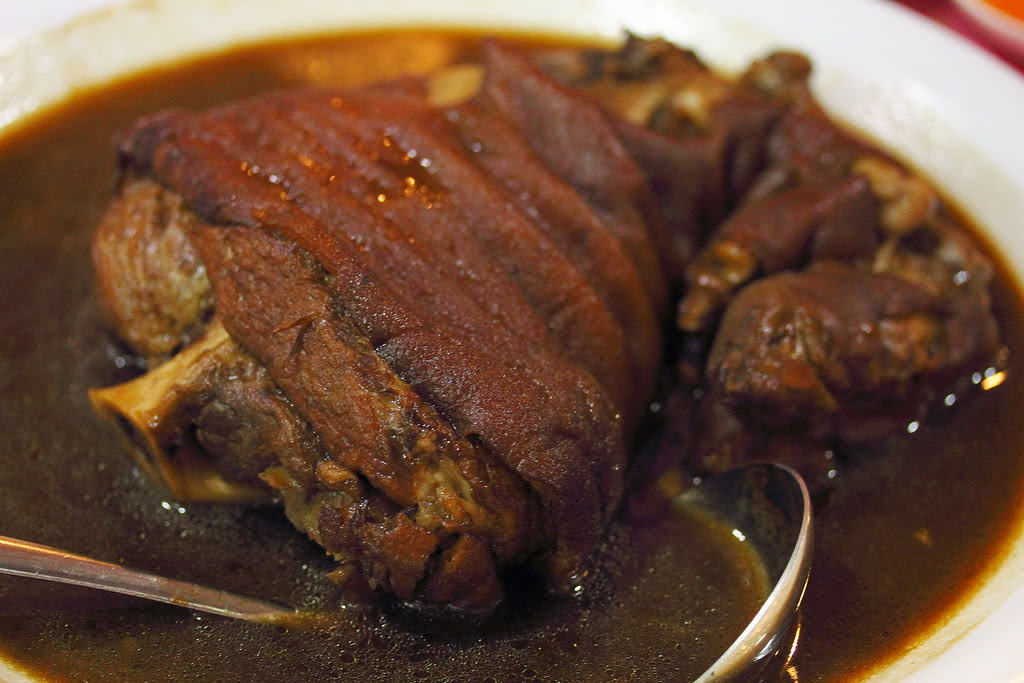 The Braised Herbal Pig Trotter was huge! The meat was tender and fell off the bone with ease. It also came with a nice herbally taste which was not overpowering. 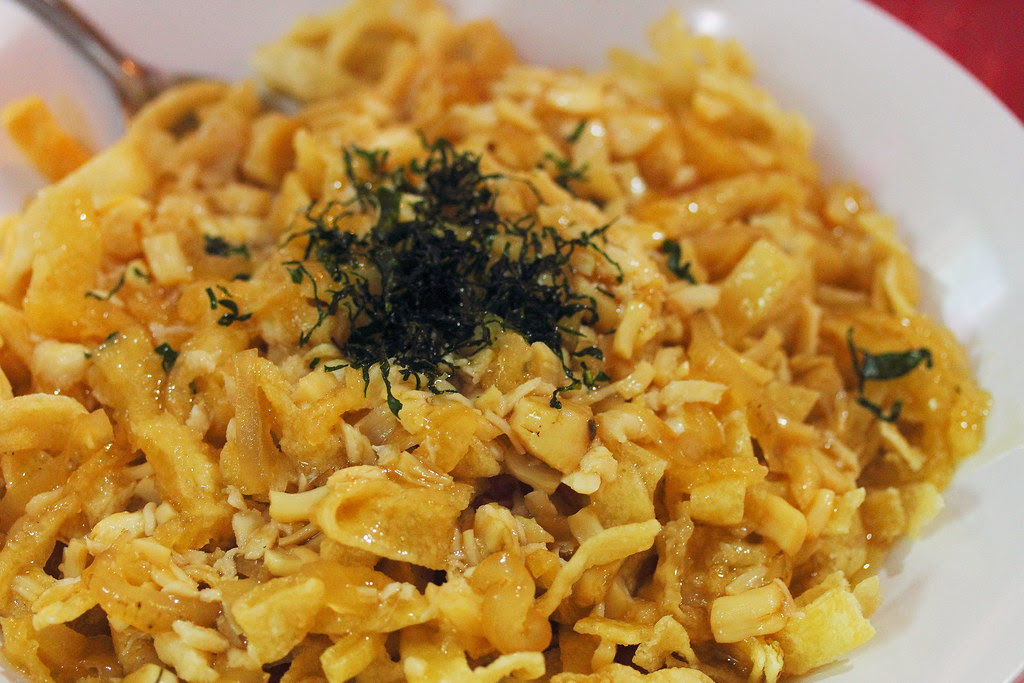 Which Zi Cha place prepares the Hor Fun this way? I assume it takes a lot of work to fry the hor fun to such a beautiful crisp. The Crispy Hor Fun served together with seafood such as scallops, fish maw and sea cucumberwas is definitely something different from the norm and worth trying. 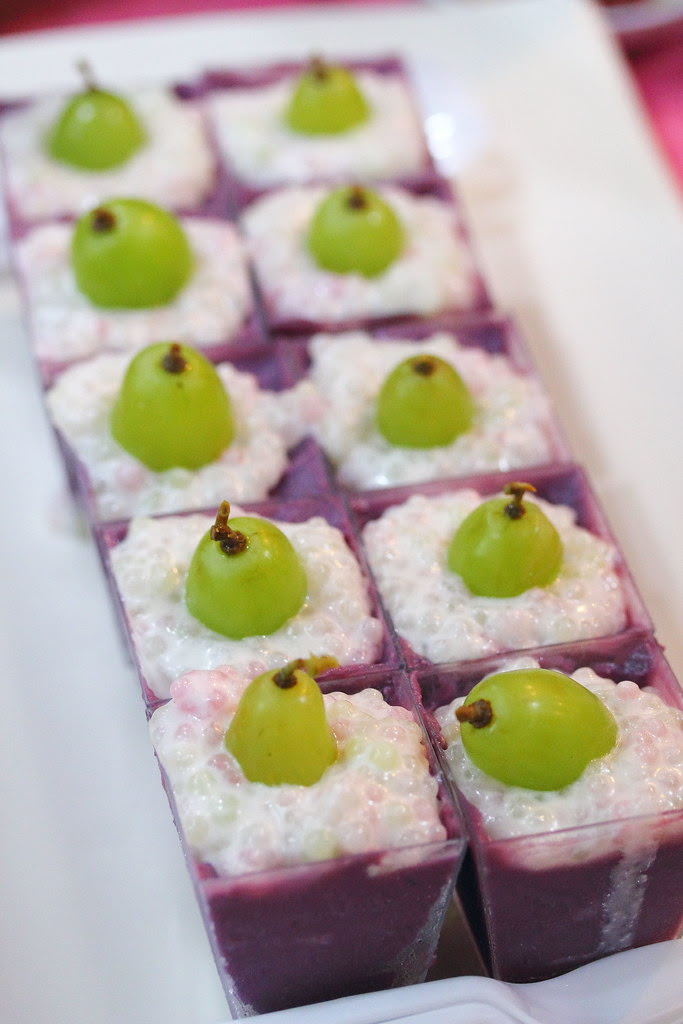 Wrapping up the night, we ended our dinner with a Japanese Sweet Potato with sago dessert.

For a Zi Char place, I find that Forture Seafood Steamboat is a notch better than most with their creativity and bold flavours in their dishes. For inform, this place is formally known as Fortune Seafood. They dropped the "N" and replaced it with "R" after fengshui master suggested that it is better for their business.