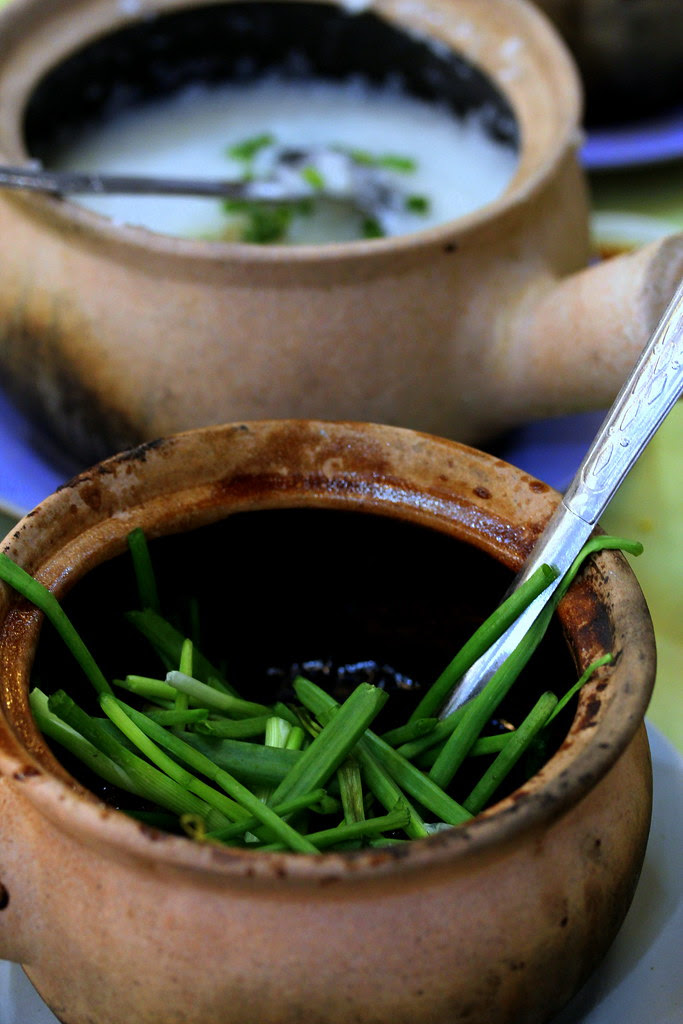 What do Singaporean eat for supper? Like most Asian we eat almost everything that has legs. One supper dish I enjoy is the frog porridge and it can be prepared in a few styles. A place I frequent for frog porridge is Eminent Frog Porridge (明辉活田鸡粥) at Lavendar Food Square. 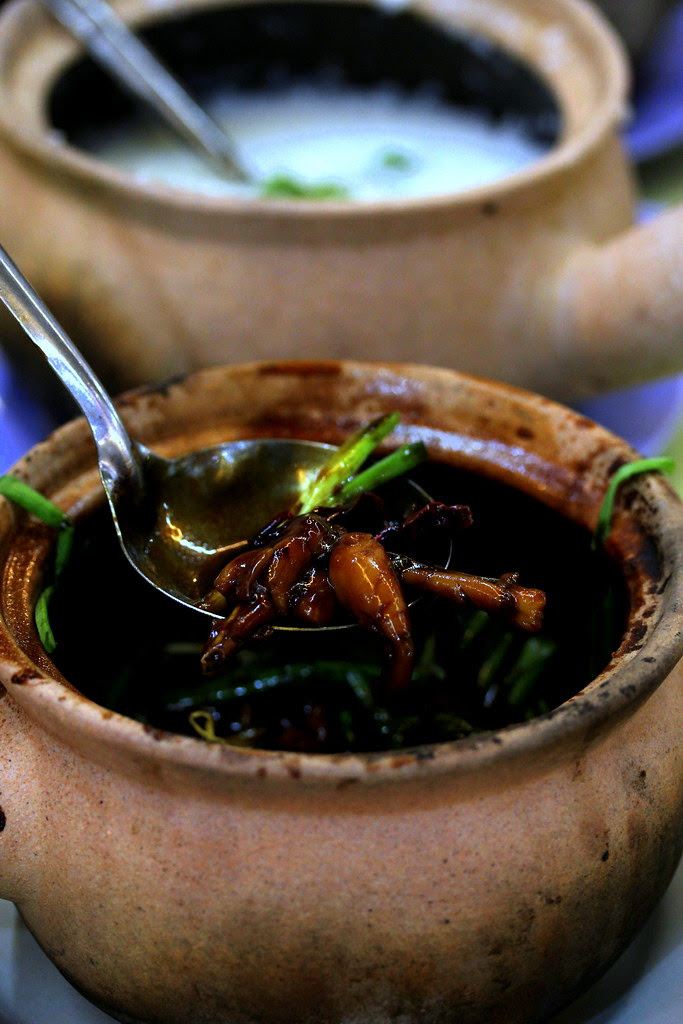 The Frog Leg with Spring Onion (姜葱田鸡) is my favourite among all the different cooking styles of the frog porridge. It came with a thick sweet and spicy sauce that complements the Cantonese style porridge very well. In face I can just have the porridge with the sauce alone. 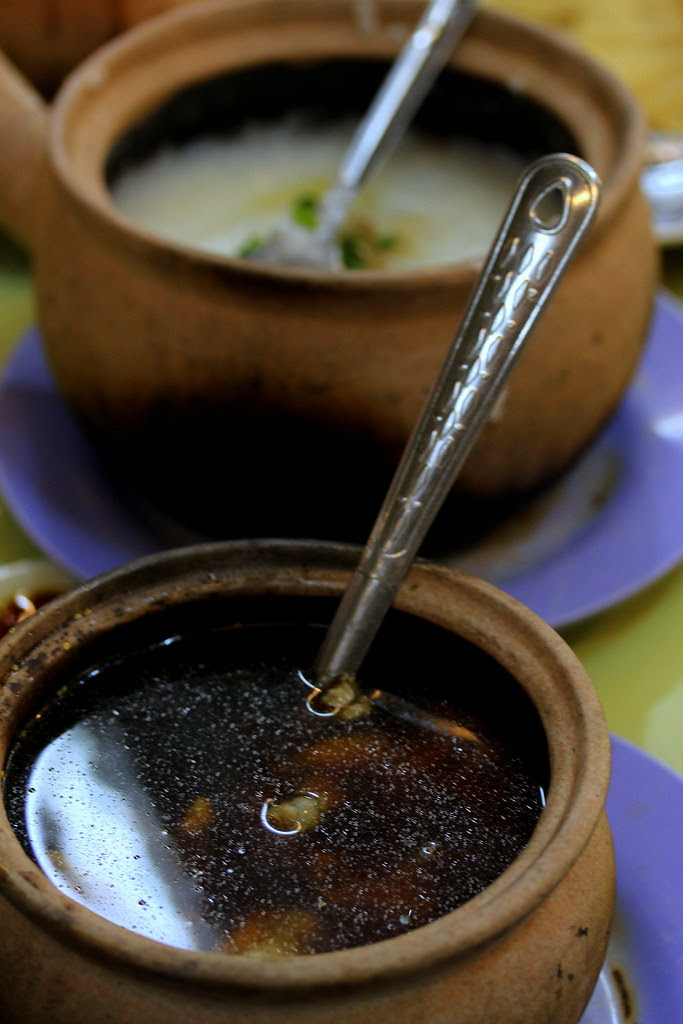 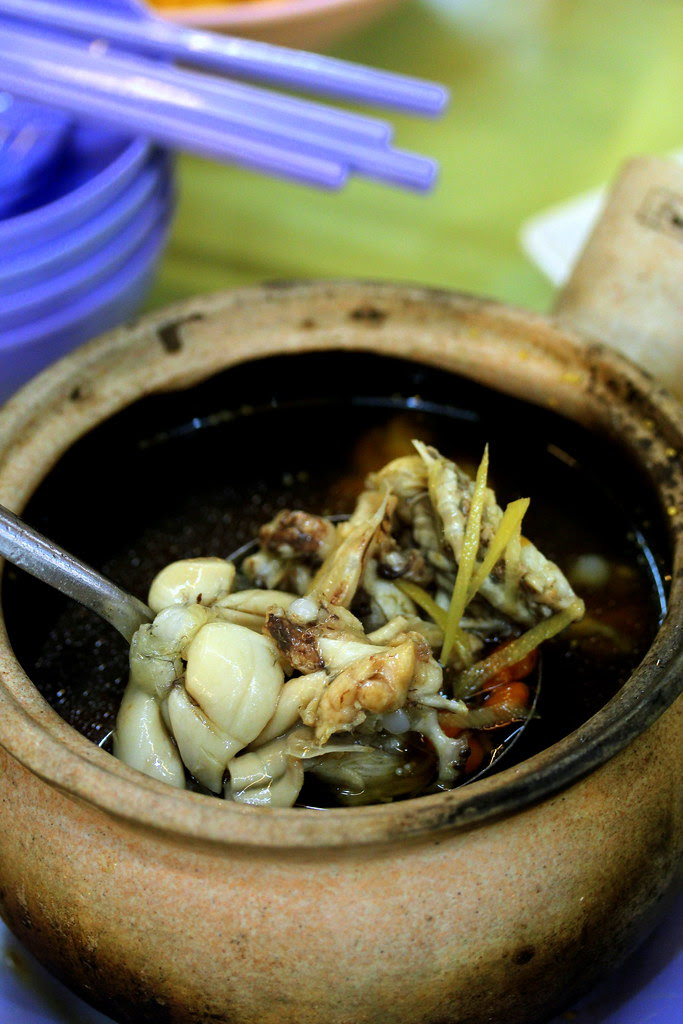 I thought the Frog Leg Soup with Chicken Essence (鸡精田鸡) additional $5 was something from the norm so I ordered it. It tasted like herbal soup but not overpowering. A good to have soup to keep the body warm or for energy boost. The cooking style also allowed me to taste the original sweetness and tenderness of the frog meat.

Both the porridge and frog are served separately in claypot at Eminent Frog Porridge. 1 frog is $8 while 3 frog is $17 (buy 2 get 1 free). The porridge itself costs $3.