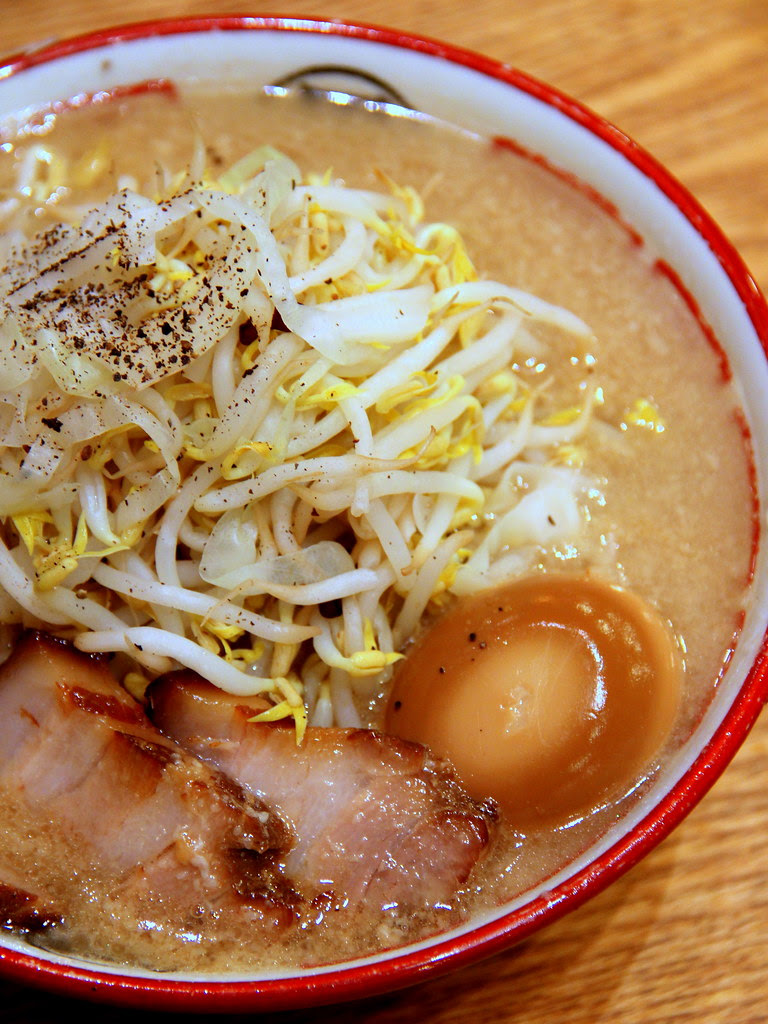 I am probably one of the last foodies to visit Ramen Champion at Bugis Iluma. The concept from Komars Group is to house together 6 of the best ramen restaurants in Japan to battle for the ultimate Ramen Champion 2011. These 6 ramen restaurants namely, Gantetsu, Menya Iroha, Ikkousha, Tai-Sho-Ken, Tetsu and Bario have been trying to win their diner's votes since July 2011. The ultimate winner by 30 Jun 2012 will be invited to setup a restaurant in Singapore.

I only get to try 2 out of the 6 ramen restaurants at Ramen Champion since there were only my partner and me. We took quite a while to decide but eventually settled for Menya Iroha and Bario. Upon ordering, you will be given a circular alerting device. Once the ramen is ready, the device will vibrate and you can proceed to collect your ramen. 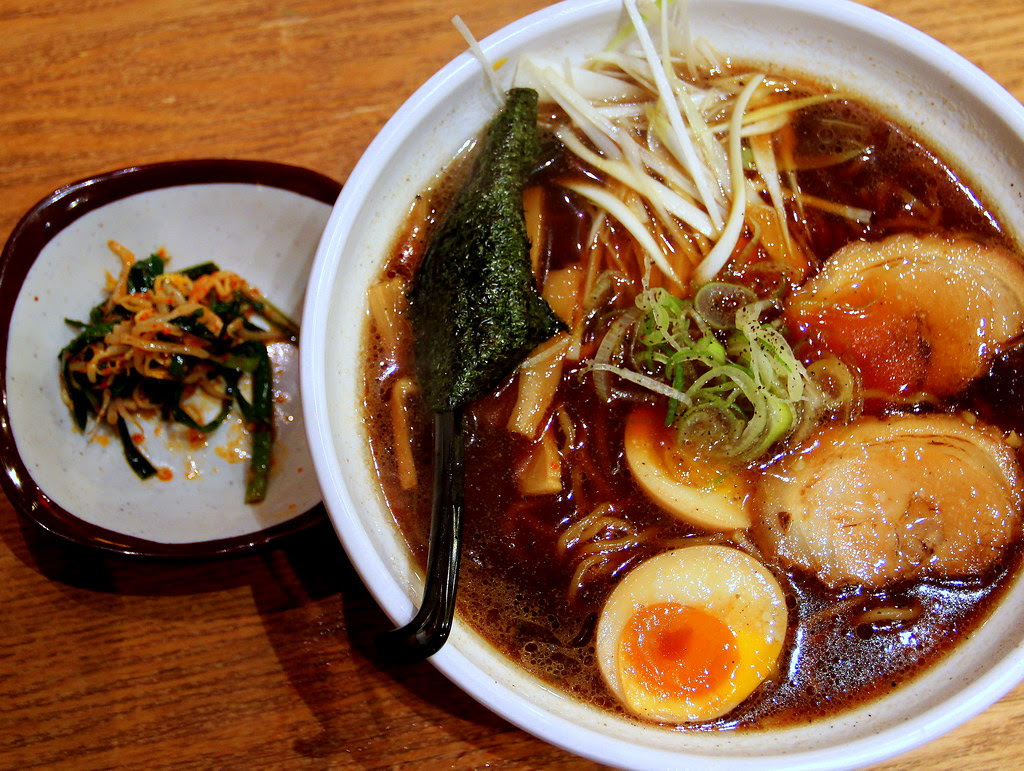 Being named consecutive champion in Tokyo for 2009 and 2010, the Black Shoyu Ramen from Menya Iroha is a must try for me. This is also a first for me to have this type of black shoyu broth. The Negitama Ramen came in a clear black shoyu sauce with thin curly noodles, leek, egg, char siew, bamboo shoots and seaweed.

I didn't know the black shoyu broth tasted so good! I am definitely won over by it. No wonder it has been consecutive champion in 2009 and 2010. The flavourful broth has a rich soya sauce sweetness with a tad of sesame aroma. I also like the fact that the broth didn't give me a greasy after taste. 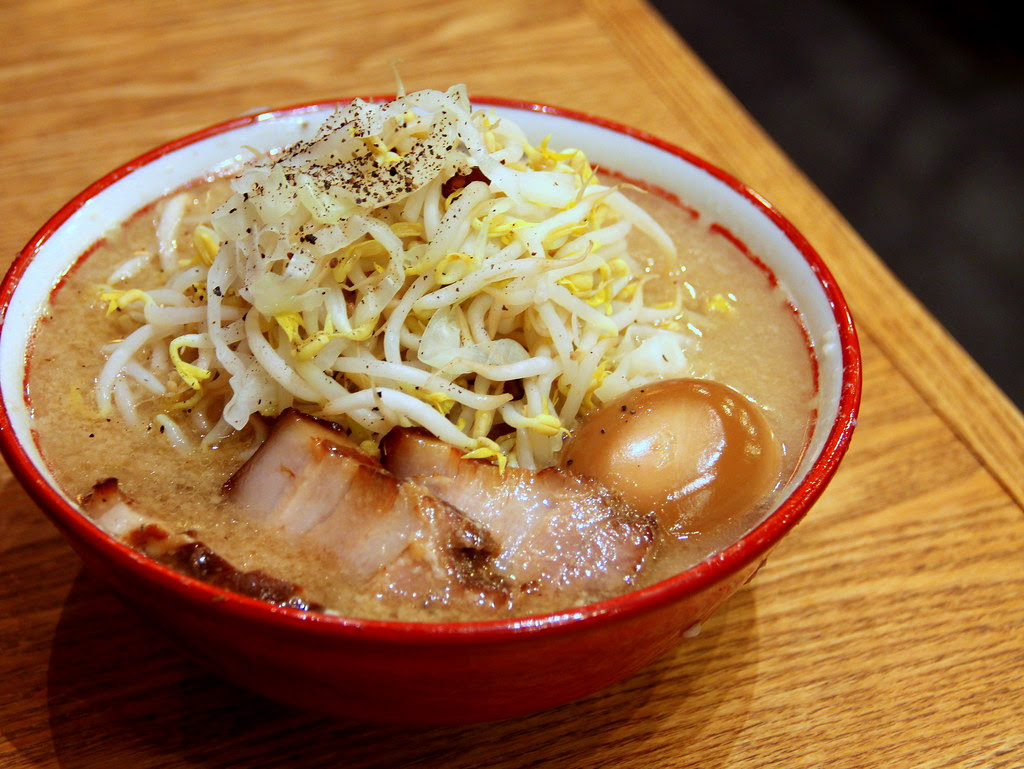 The Bario offers Jirokei (Jiro style) ramen. The Futomen (thick and heavy noodles) looks like the thicker version of mee pok are made from bread flour. The Bario Ramen stands out in its portion with a generous serving of noodles and bean sprouts.  The broth has a spicy aroma and sweet garlic taste but I find it a bit greasy. The thick char siew slices that melted in the mouth was the winner for me.

Ramen Champion has also recently opens its door at Changi Airport Terminal 3 having the following 4 ramen restaurants, Gantetsu, Ikkousha, Gensuke and Riki. Gensuke and Riki are the 2 new entries that is not available at Bugis Iluma. Can't wait to try all the rest of the ramen.