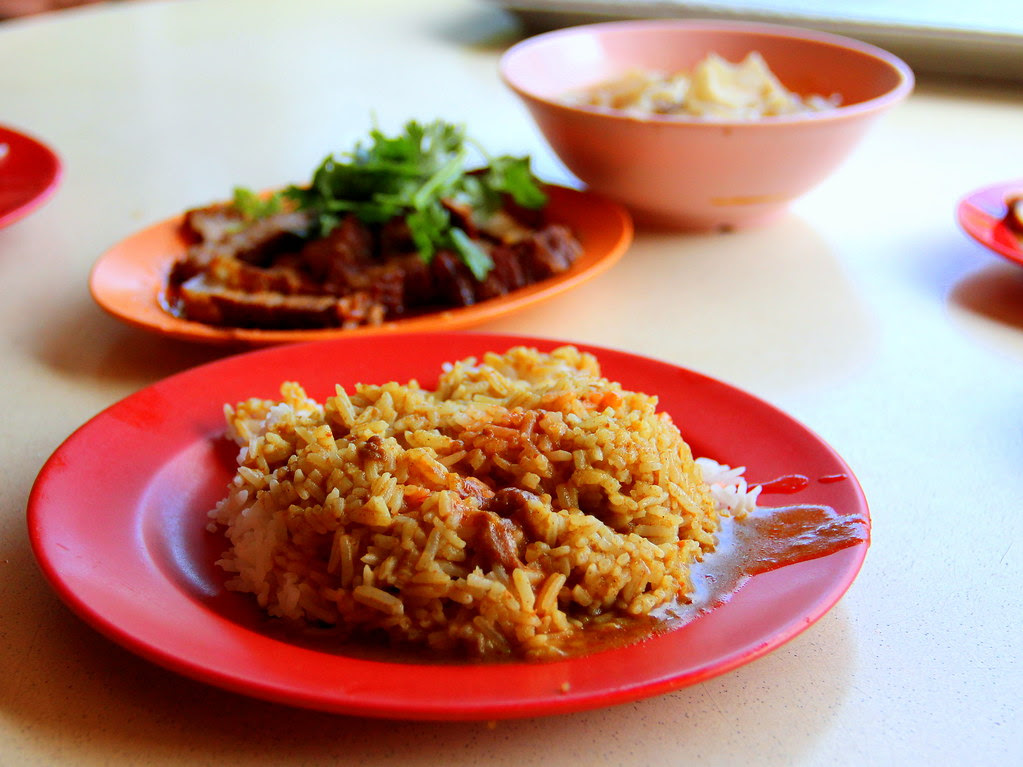 Last Monday was a public holiday and I went for a morning forest walk starting from Henderson Wave, intending to end on the other end at Alexandra Arch. Unfortunately, the forest walk was under repair and I have to turn back for an early lunch.

I took a 2 stops bus ride to Tian Tian Hainanese Curry Rice at Bukit Merah View since I am at the vicinity. This place is very popular with taxi uncle. I noticed a lot of taxi parked at the carpark behind the coffee shop and taxi uncles sipping coffee or having lunch. 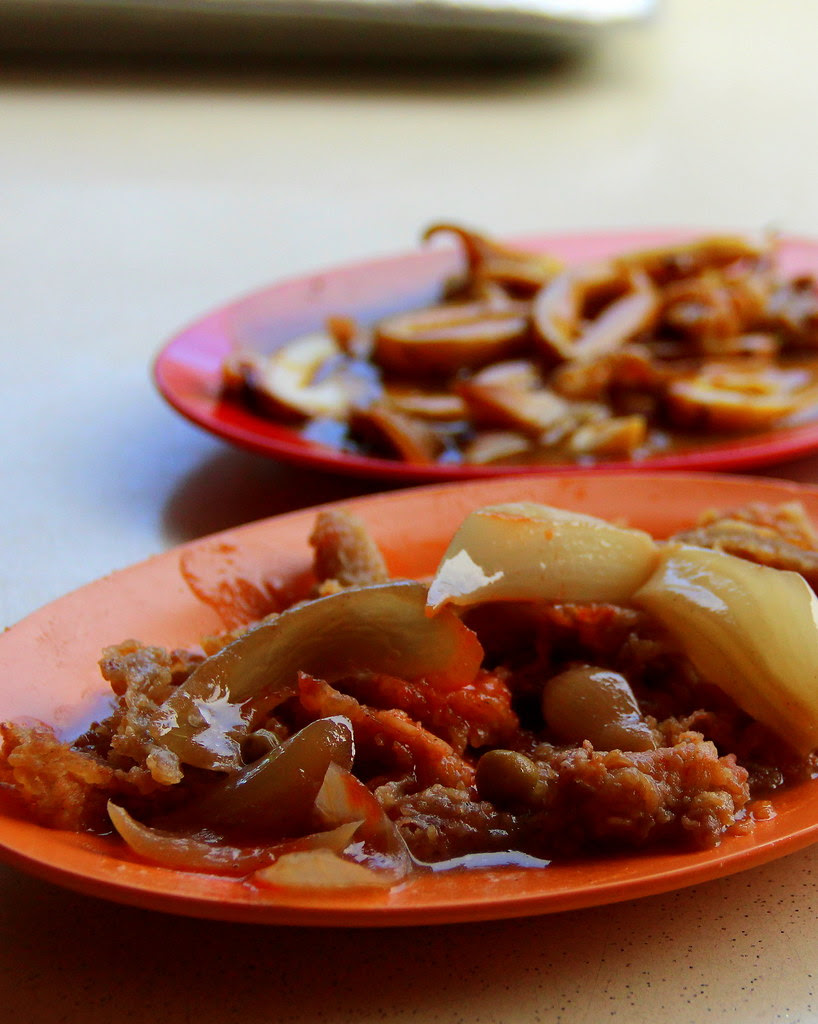 Unlike the norm Pork Chop served at other places, the Pork Chop here came served in a pool of gravy. Surprisingly the Pork Chop and the gravy just came together as one dish. In a way, it sort of given the Pork Chop a succulent taste. 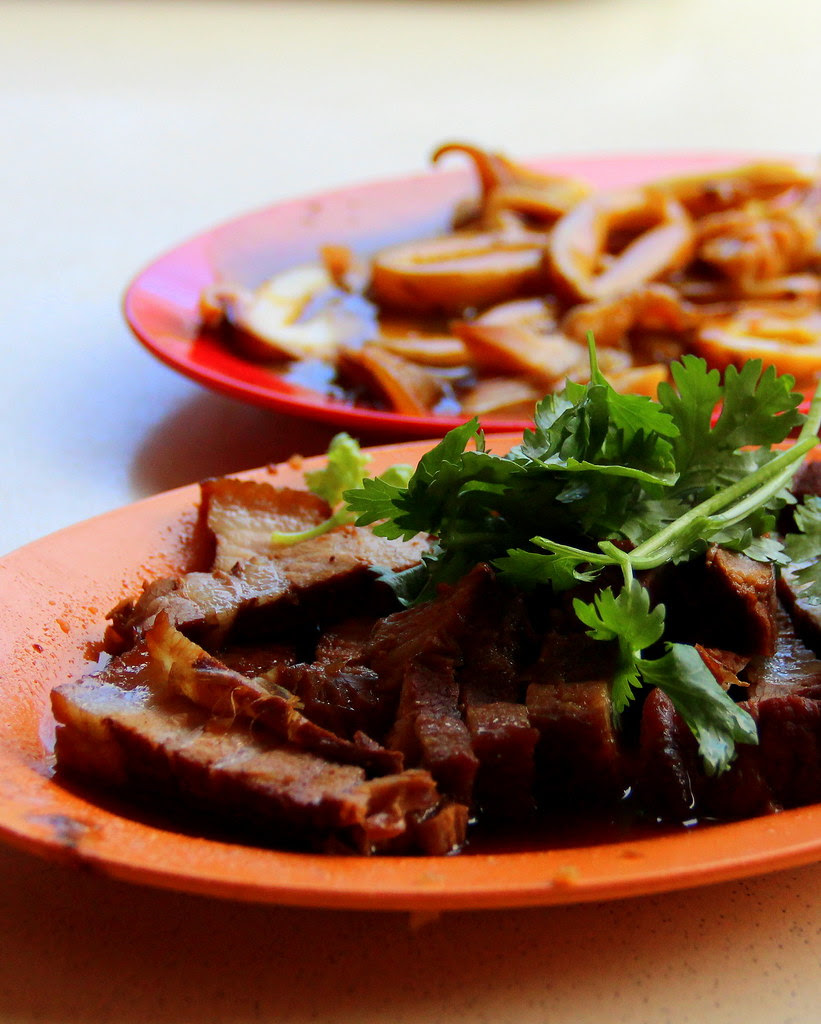 The beautiful layers of fat and meat of the Lor Bak garnished with coriander was well braised with softness. I couldn't help going for more. 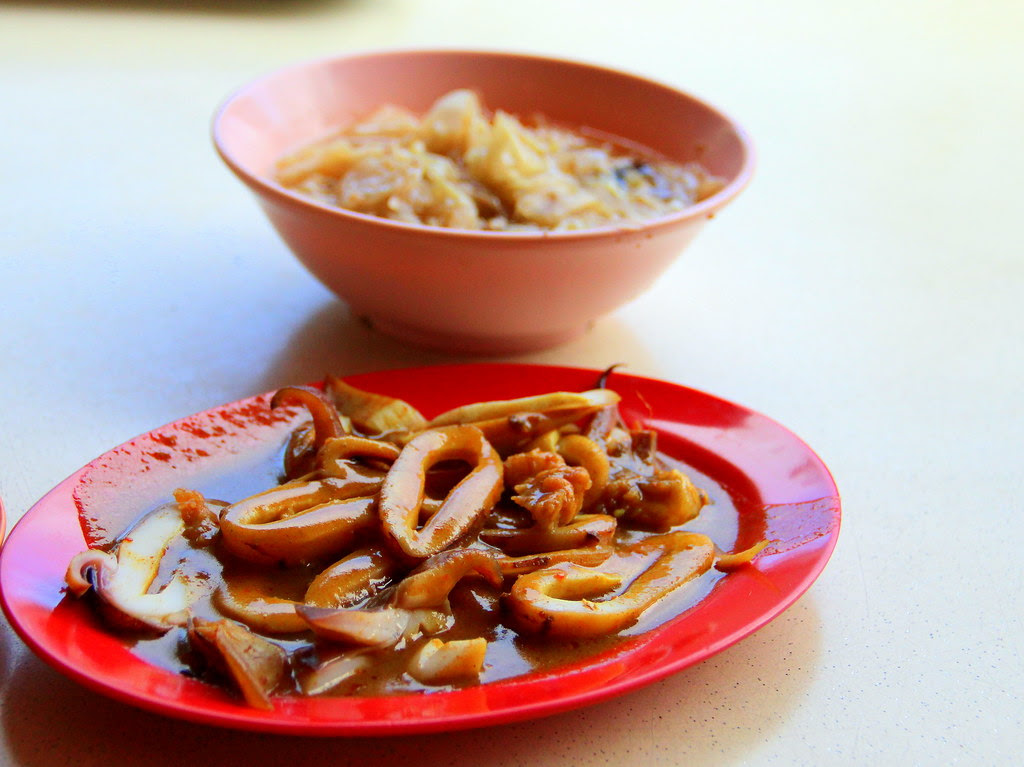 The Squid served in a curry gravy was not spicy. Like all traditional Hainanese dish, the taste is more inclined to the sweet side. The squid was nice and fresh but I would preferred it to be more springy. 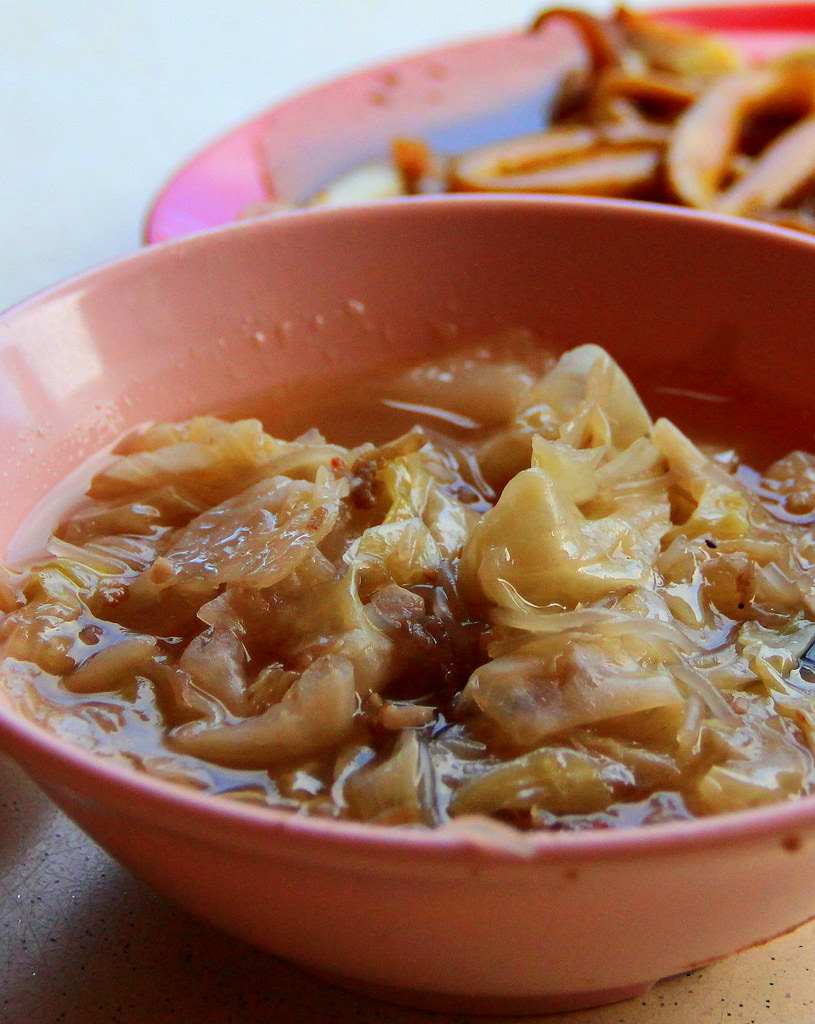 The Stewed Cabbage is a must order dish for me whenever I have Hainanese Curry Rice. While the Pork Chop may have slightly different versions, the Stewed Cabbage has pretty similar preparation styles among the different stalls. I always enjoyed eating the sweet and soft Stewed Cabbage with my plate of rice.