The Beef Noodle Soup at Mr Wong's Seremban Beef Noodles stall at Marine Parade Central Food Centre is unique and nice. The stall sells both the dry and soup version of the beef noodles. Each bowl costs $3.50 or  $4.50.

The first unique thing is the chilli sauce. The appearance was orange rather than red and it had a more garlic taste to it. 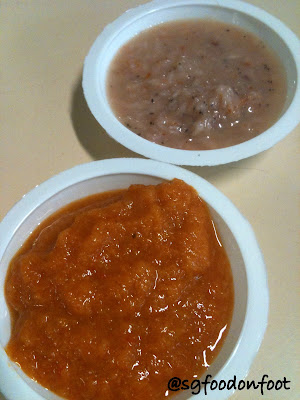 Chilli and Chinchalok
The Beef Noodle Soup used the thinner flat rice noodles (kway teow). The soup tasted sweeter than others and it was very tasty and good. 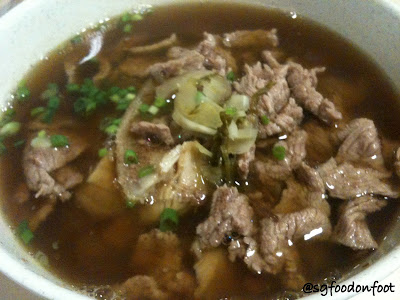 To get here.
(a) Alight at Paya Lebar MRT station. Walk to the bus stop at Tanjong Katong Complex and take bus number 43, 853C or 197. Alight 7 bus stops later. The journey takes about 20 minutes.