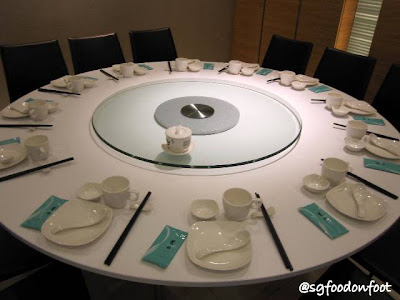 On each table was the Putien Chilli sauce which was freshly made without any preservatives. The chilli sauce was really nice and you can even buy it off the counter. 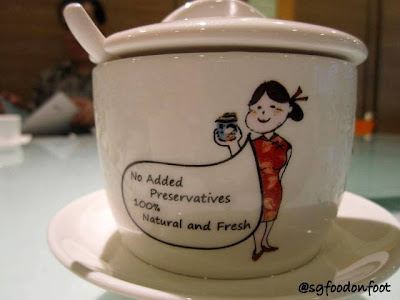 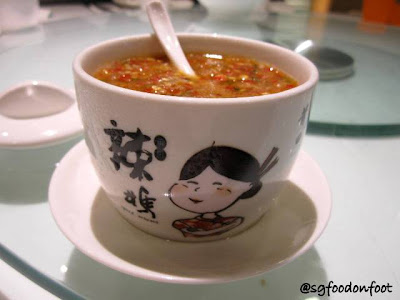 I ordered a total of eight dishes. The stir fried yam was a simple dish whereby the yams were cut into rectangular shape and stir fried with some sweet sauce. The yams were cooked to perfection neither too hard nor soft and giving it a bit of crispiness. 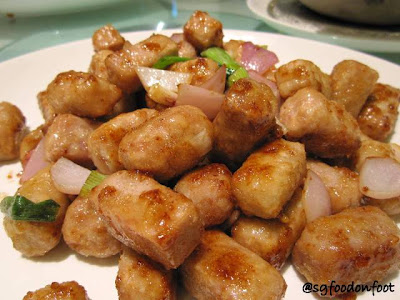 The sea cucumber was my mum's favourite. I noticed her helping herself to several servicings. Besides the sea cucumber, theree were broccoli, roast pork, mushroom and chestnut in the dish. 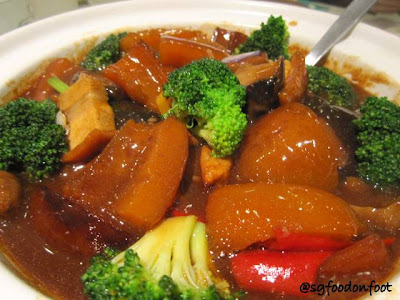 The sweet and sour pork was probably one of the best in town. Unfortunately I was late in snapping the picture and the lychees were gone. 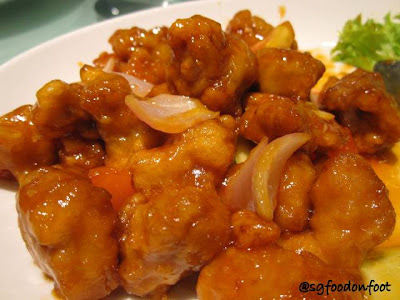 Sweet and Sour Pork with Lychees 4.2/5

The shrimp roll surprised everyone at the table. It was the largest shrimp roll we have ever seen. It was really good but the size of it did not encourage us to go for more pieces. 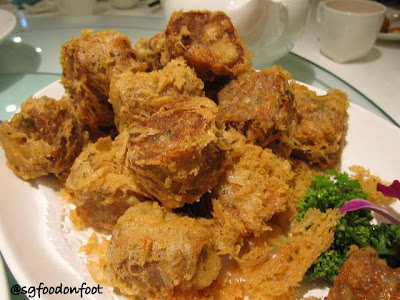 This is my first time ordering the deep fried chicken with garlic at Putien. It was also the dish I ate the most. The crispy golden skin was very yummy. Although it was deep fried, the meat was still moist and tender. 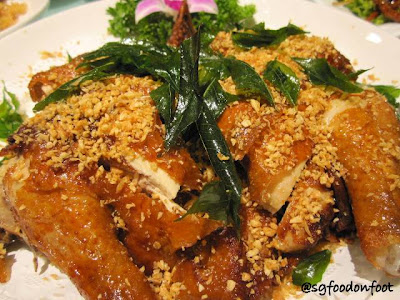 Unlike the commonly known Lor Mee which is starchy and dark in colour. Putien Lor Mee is white and soupy. It is one of their signature dishes and my favourite too. 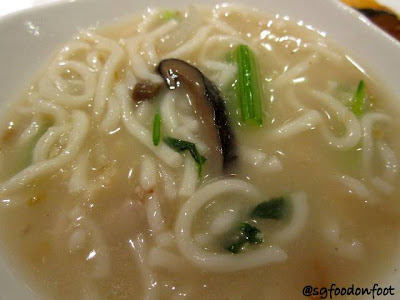 The Spinach with three eggs is a dish which I usually order when I dine at a Chinese restaurant. Putien's Spinach with Salted Egg and Century Egg in Supreme Stock was the best I have eaten. 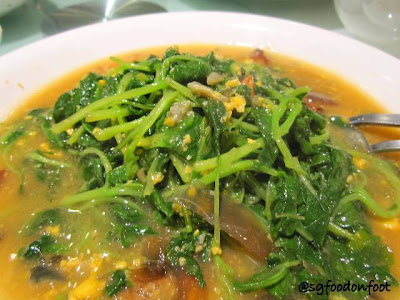 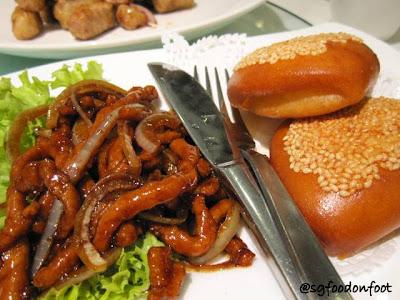