This humble eatery directly opposite the Central at Clark Quay along New Bridge Road with a French name and lots of food picture pasted on the wall is exactly a Chinese restaurant dishing out Teochew food.

The Salted Fish with Eggplant is a classic home cooked dish. The eggplant was cut into slices and cooked with minced meat and salted fish. 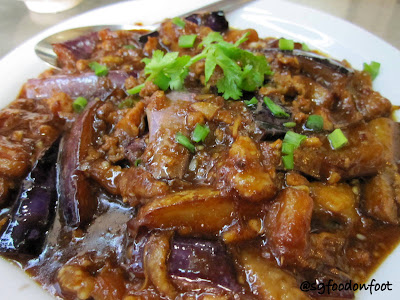 I really enjoyed the Watercress Soup and I can taste the passion in preparing the soup. Chinese herbs such as Red Dates and Bitter Apricot Seeds were added giving the soup a refreshing and sweetness taste. 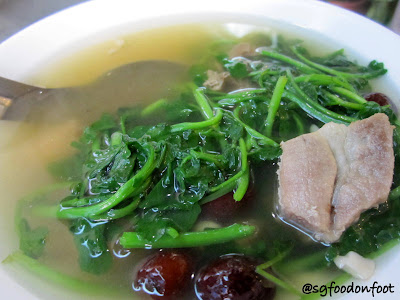 The Butter Oatmeal Beancurd turned out to be an average dish except for the used of Oatmeal in the cooking. The two ingredients just didn't fuse together. I also felt that the dish was short of a dipping sauce to enhance it. 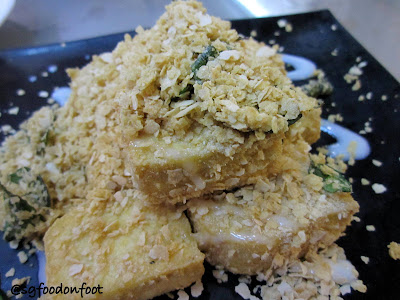 This is the highlight of the dinner that I am waiting for. The Crispy Pork Knuckle was huge! It was really amazing that the meat was still moist and tender. The skin was crispy and nice too. However I need to remove the layer of fats underneath the skin as it had some piggy smell which I did not enjoy. The special sauce that came with it also highlighted the meat. 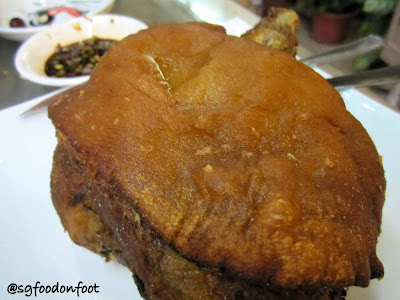